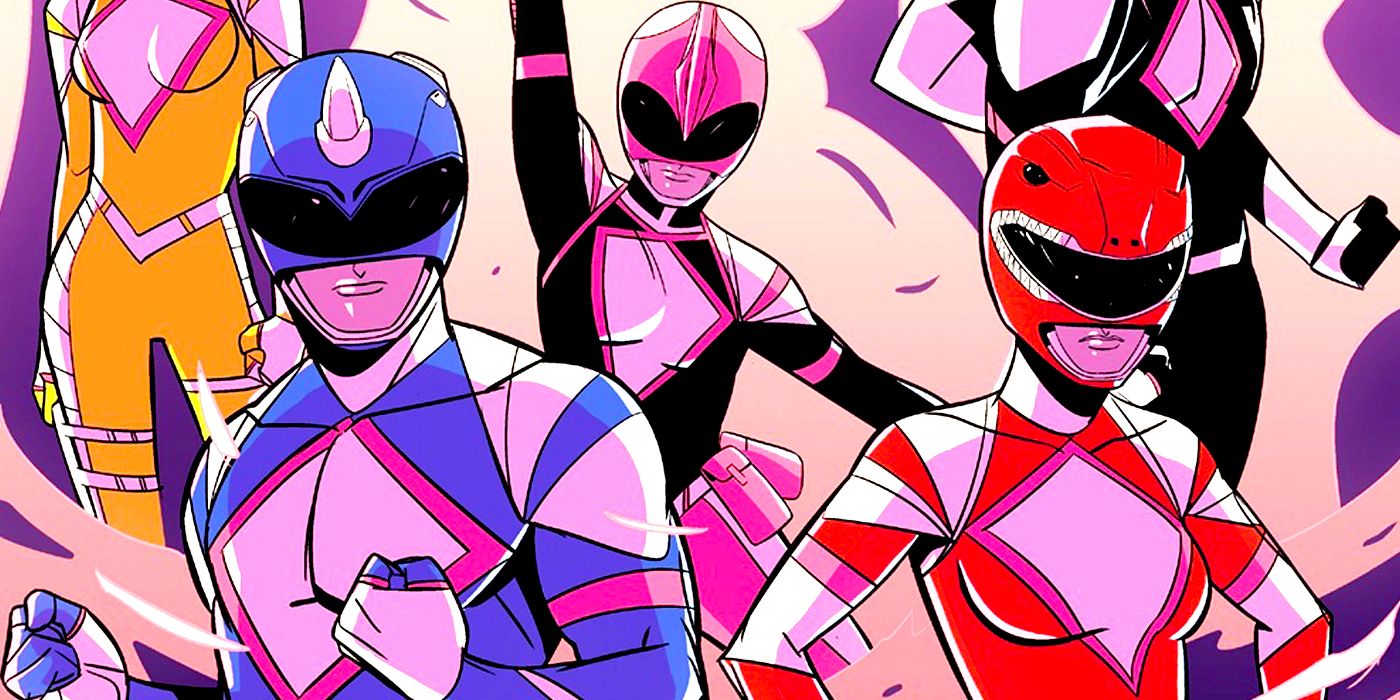 The Mighty Morphin Power Rangers have never been short on monstrous menaces to face. While most of these nefarious foes have only managed to make one or two appearances, the impact left in their wake remains undeniable. Verto rains down some of the worst damage ever on these heroes before his brutal defeat. As disappointing as it is to lose such an impressive villain so quickly, that’s probably for the best. After all, in his first attempt, Verto very nearly destroys the Power Rangers with their own greatest weapons.

While the original lineup that longtime fans know and love had splintered off in their own directions by the time the third season of the Mighty Morphin Power Rangers had aired, readers would get a chance to catch up with those who had left the team in 2016’s Mighty Morphin Power Rangers: Pink by Kelly Thompson, Brenden Fletcher, and Daniele Di Nicuolo. The series details Kimberly Ann Hart’s exploits in Europe, competing for her spot as one of the world’s rising gymnastic stars. 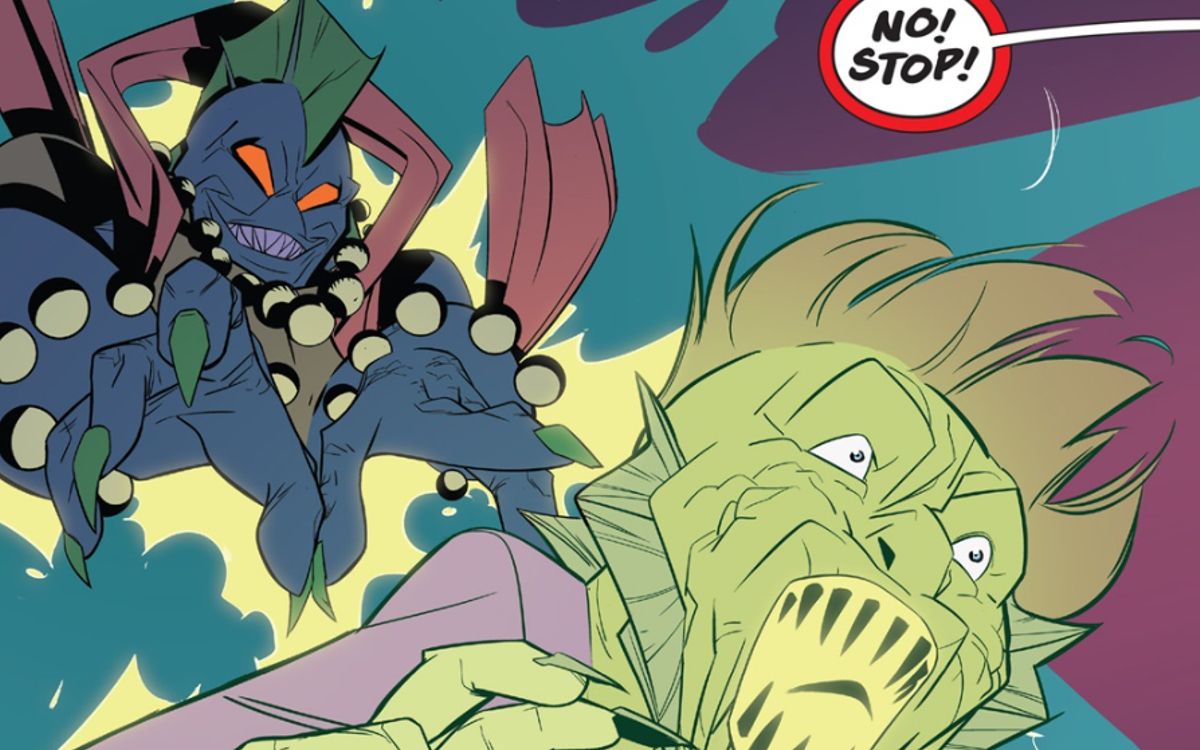 The story sees the original Pink Ranger pulled into a world of terror after her parents’ mysterious disappearance. Following the trail to a quaint seaside village in France leads Kimberly to uncover a dastardly plot created by classic MMPR goon Goldar in partnership with the amphibious newcomer Verto. With his gruesome ability to transform unwitting humans into grotesque fish monsters, Verto’s the perfect villain to build Lord Zedd a new army on Earth. And that’s just the beginning of his scheme.

When his army alone isn’t enough to combat Kimberly and her team of All-New Power Rangers, Verto unleashes his most awesome weapon yet – Typhonis. Goldar creates this towering Warzord using various decommissioned Zords, including many Thunderzords, even Kimberly’s former Pterodactyl Firebird. The sting of seeing her old Zord turned against her, not to mention the threat posed by Typhonis, is nearly more than Kimberly could handle. Only Verto’s unquenchable thirst for power prevents a dire fate for the All-New Power Rangers. One off-handed comment from Goldar is all it took for Verto to drive Lord Zedd’s other general to the bottom of the sea by seizing control of his Warzord. This attempt on his life proves enough for Goldar to turn on his ally. He joins the fight alongside Kimberly against their now shared enemy.

Together, Goldar and Kimberly’s team of Rangers are able to bring an end to Verto’s short-lived reign of terror and free the people under his spell. Goldar further ensures Verto would never threaten anyone again by cutting him down mercilessly. Considering the darker nature of the Boom! Studios comics compared to the far more lighthearted source material, seeing Goldar end the life of another villain itself isn’t surprising. Still, it helps cement the tone of the series. Unfortunately, this also cuts short any potential of Verto’s return as an even more significant threat. Given a second chance, there is no telling how far the villain could have pushed the heroes with so much power at his command. 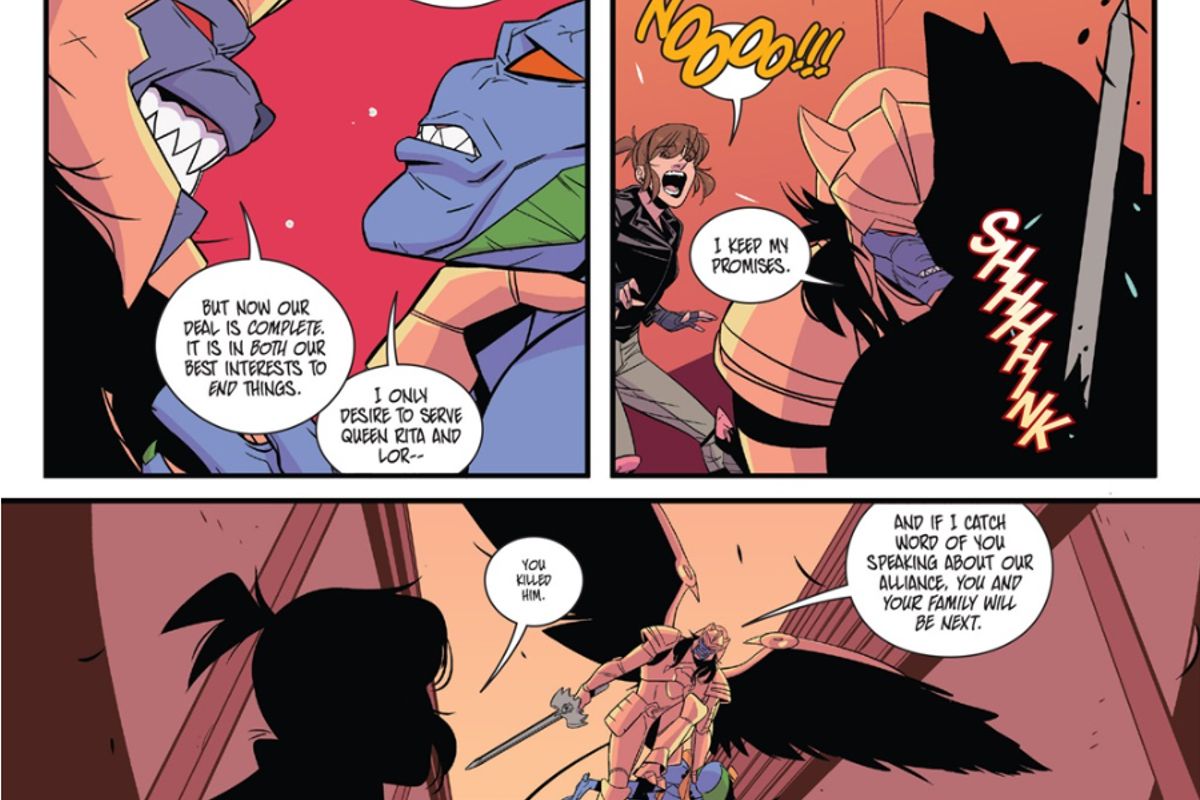 On the other hand, with the events of Mighty Morphin Power Rangers: Pink taking place alongside the original series, there really wasn’t anywhere else for Verto to go. Thankfully, fans of the comics are more than aware that an entire multiverse is just waiting for exploration. Given that, there is no reason Verto couldn’t return in some part of it. Even if the heroes don’t require another impossibly powerful threat to deal with at the moment, fans of the series have always loved a callback. No matter how obscure or enigmatic, when a villain comes on as strong as Verto, readers take notice.