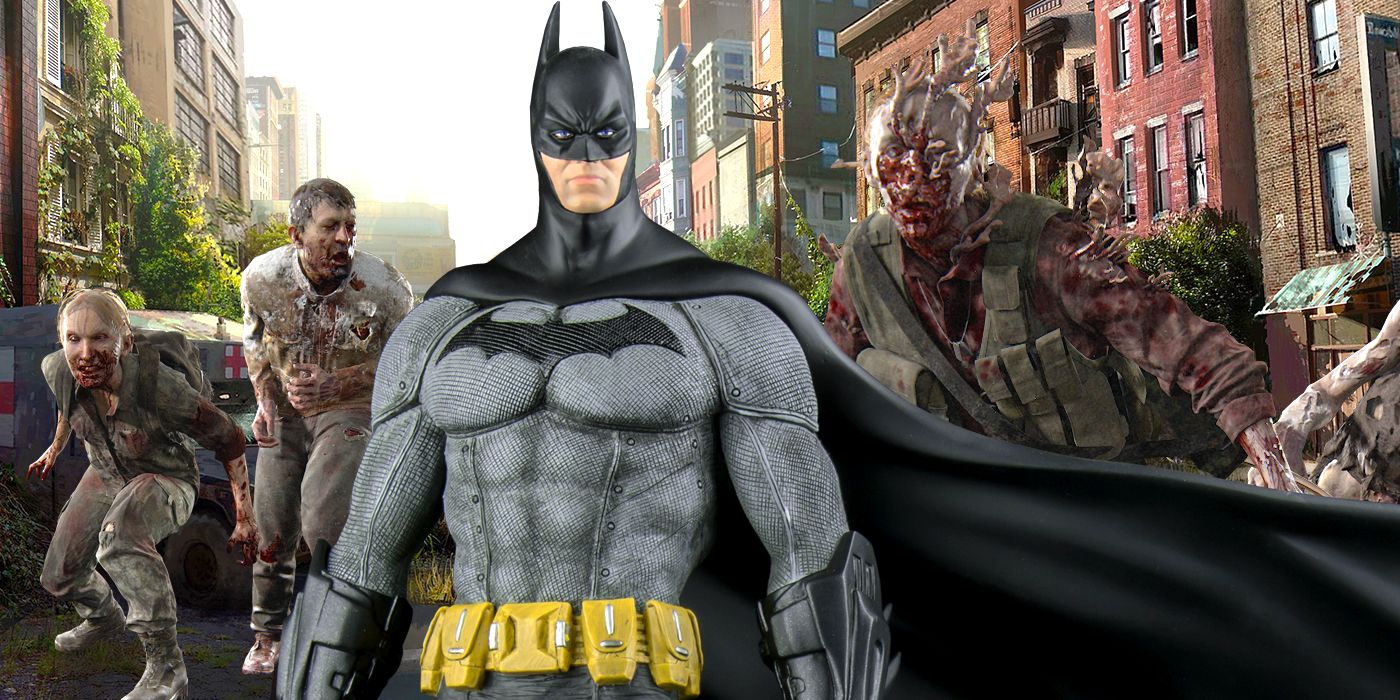 Poison Ivy is one of the most powerful users of The Green, a sort of universe or dimension that connects all plant life. With that kind of control over nature, she is immensely powerful, and her abilities only seem to grow with every battle she has with Batman. Her latest display is the ability to use a form of the Cordyceps fungus, the same fungus that caused the apocalypse in the popular video game The Last of Us.

While the symptoms of the Ophiocordyceps Lamia was similar to the Last of Us’ infection, there was a key difference worthy of exploration. The game’s Cordyceps infected the host, slowly transforming them into fungal monsters that would kill anything in sight, but Ivy’s cordyceps seemed to give its victims a connection with a similar plane of existence to The Green, The Grey, which essentially links all fungal life. Ivy’s pheromones do give her “cousins” (as she calls the Cordyceps) a push to make their intended victims’ demise more pleasant, but the abilities we see suggest a deeper well of potential, and connection that the fallen in The Last of Us could only wish to have. 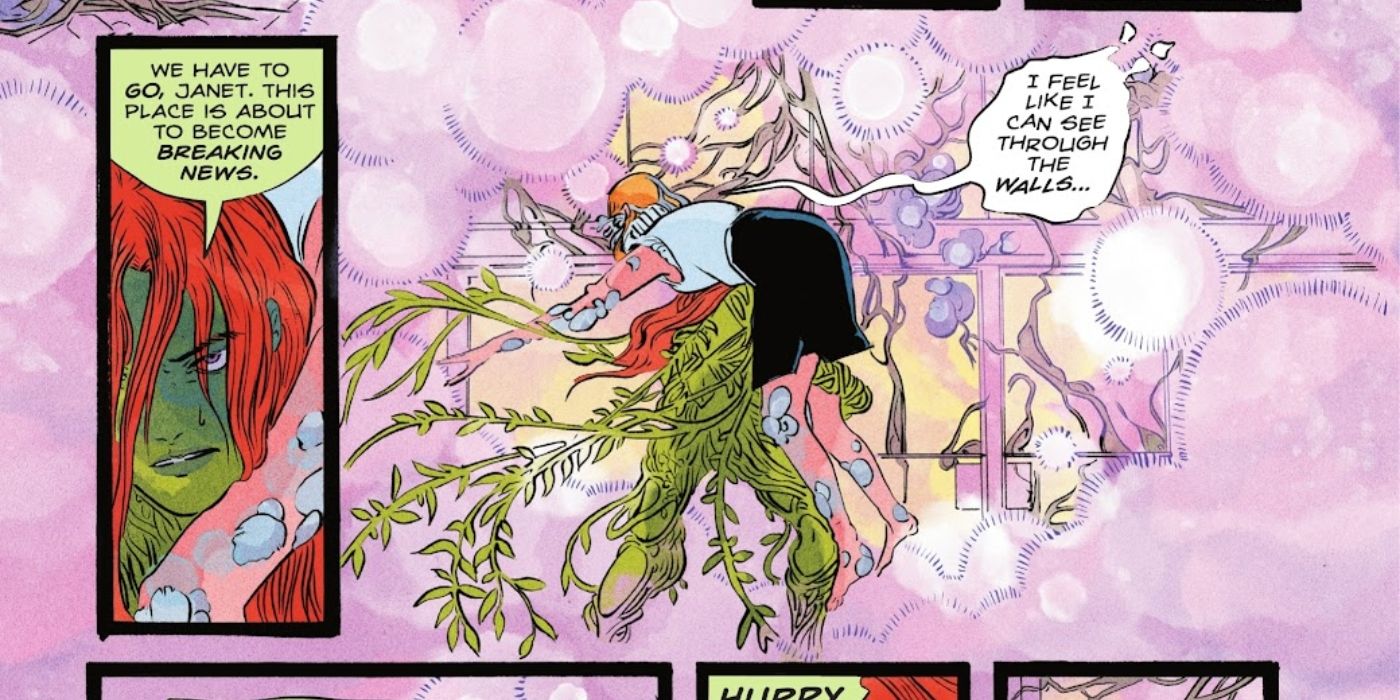 Real world Cordyceps usually infect the insects that consume them and then sprout from within, killing them and allowing new fungus to bloom. In the story “Ophiocordyceps Lamia” from Gotham Villains Anniversary Giant #1 (by G. Willow Wilson, Emma Rios, Jordie Bellaire, and Hassan Otsmane-Elhaou), Ivy’s Cordyceps function in a similar way, although hers seem to have evolved to be more versatile in what types of biological life it can infect. In this case, the victim seems to become a part of the growth, as opposed to having it sprout out of them, eventually transforming into an extension of the Cordyceps before dying.

This is remarkably different from the infection seen in The Last of Us, which simply grows within the victim, mutating them over time and driving them into a feral rage. In comparison, Ivy’s Cordyceps are fast acting and result in guaranteed, non-zombie death. What is of particular note here is what happened when Ivy tried to save one of the people she infected. This woman, Janet, seemed to have been somehow spared from the assimilation process halfway through and thus still had control of her human mind, although she could see into worlds outside her own, similar to Ivy. This suggests that unlike the Last of Us’ Cordyceps, this variant has a sort of hivemind-like effect on those who are infected, which could result in some pretty fantastic abilities — or even control over certain forms of life. 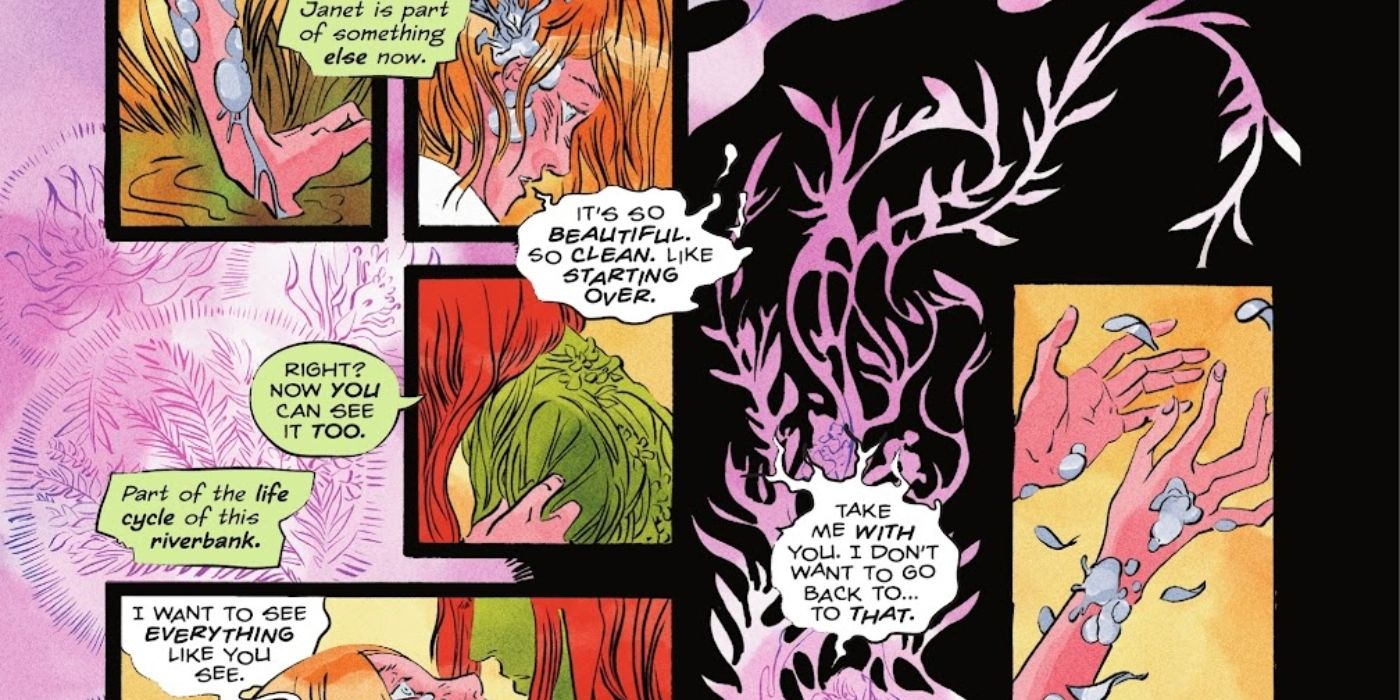 The infection from the game has no such quality. While the infected do travel and hunt in groups, and benefit from enhanced strength and speed, there is no real directive beyond destroying that which is different. In contrast, Ivy’s version seems to bring people closer to The Grey, instead of causing wanton destruction. However, there is another possibility to consider, especially in light of the Cordyceps being a fungus and not a plant.

The Grey comes with it the desire to consume and break down the world and everything in it; and to feed on the corpse. The Grey has historically formed the kind of hivemind that Janet seemed to be assimilated into, and could eventually burden her and her fellow victims with the same rabid need of consumption seen in The Last of Us games. Unfortunately, we don’t see how that thread could play out, as Ivy reverses the effects on Janet. Still, DC could revisit it some other time, and show just how dangerous a superpowered, hive-minded fungal zombie outbreak could be.

KEEP READING: Batman’s Most Powerful Villain Could End Climate Change – Why Won’t He Let Her?

New SAVAGE AVENGERS, a MIRACLEMAN omnibus, and more in the Marvel Comics May 2022 Solicitations

Fortnite Could Keep Its No-Building Mode