Despite becoming the court jester for the Clown Prince of Crime, Harley Quinn reveals that she used to be afraid of clowns like many others.

A preview for Harley Quinn #9 revisits Harley’s time as a psychiatrist working with the inmates of Arkham Asylum, then known as Dr. Harleen Quinzel. Fans of the character will recognize the moment when she first interacts with the Joker, told time and again in various issues of Harley’s solo titles and adapted versions, such as in the Harley Quinn animated series on HBO Max and Suicide Squad (2016), with Margot Robbie portraying Harley and Jared Leto featured as the Joker. When thinking back to her meeting with the Batman villain who would turn her to a life of crime, Harley’s inner dialogue in the preview states that she would feel a “little queasy” about clowns before that point.

This is not the first time that writer Stephanie Phillips has added on to Harley’s psyche with thoughts, feelings and opinions from the character’s past and present. In a preview for Harley Quinn #6, available now, the clown princess’ inner monologue details how though she doesn’t “hate cats,” she has “never been comfortable around ’em either.” However, she goes on to continue that Catwoman is the only feline that she enjoys the company of.

The preview includes a quip from Harley that to tackle her coulrophobia (fear of clowns), she may have taken “immersion therapy a little too far” by signing on to be the Joker’s girlfriend and abused partner-in-crime. However, getting over her clown phobia has cost her much, with this series placing her on a redemption tour to right her wrongs from the past, starting with helping others who have fallen privy to the Joker’s lead during the events of Batman: Joker War. The 2020 Batman event was the precursor to this year’s Fear State, of which this issue is the final tie-in from Harley Quinn.

Harley’s latest sidekick and companion, Kevin, is one of the Joker followers and clowns that she has been helping to become a better person, the new character even suiting up to help Gotham in the tie-ins. Moving forward, Harley will not only be tackling the problems of clowns, others and making amends, but building her relationship with Poison Ivy, the two getting together during the events of Fear State with a passionate kiss shared in Batman #117. The preview and solicitation for the upcoming issue can be found below. 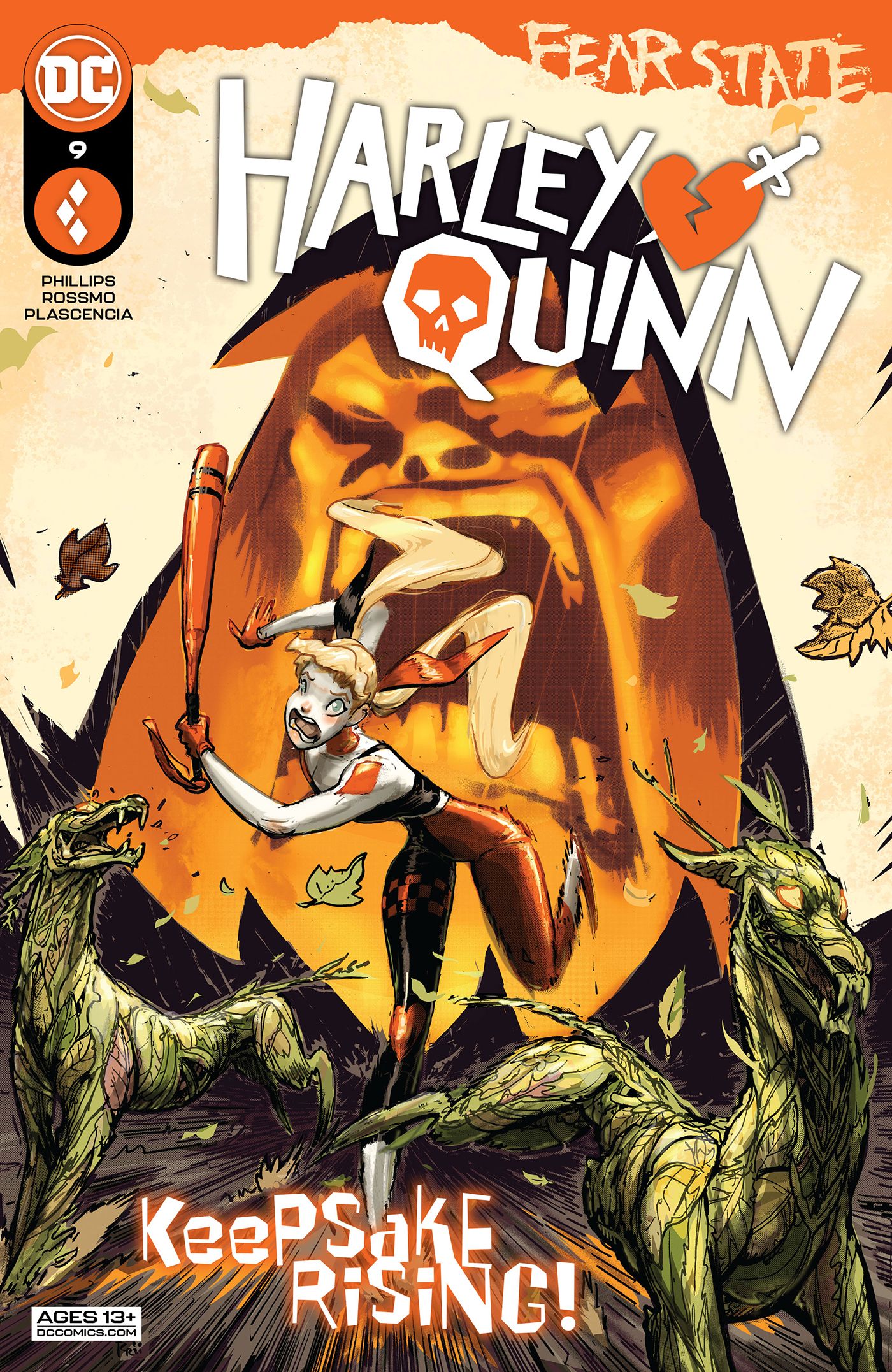 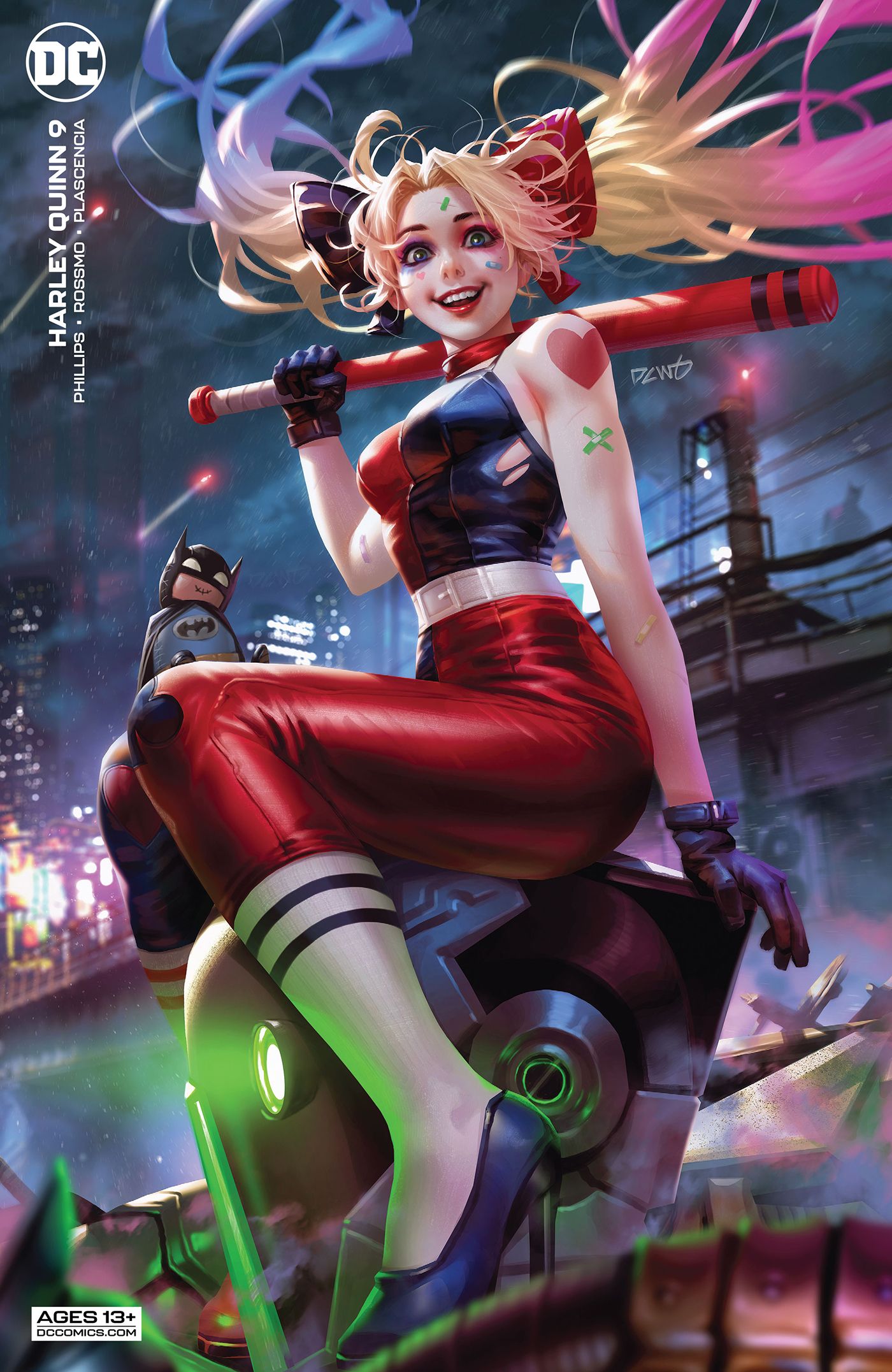 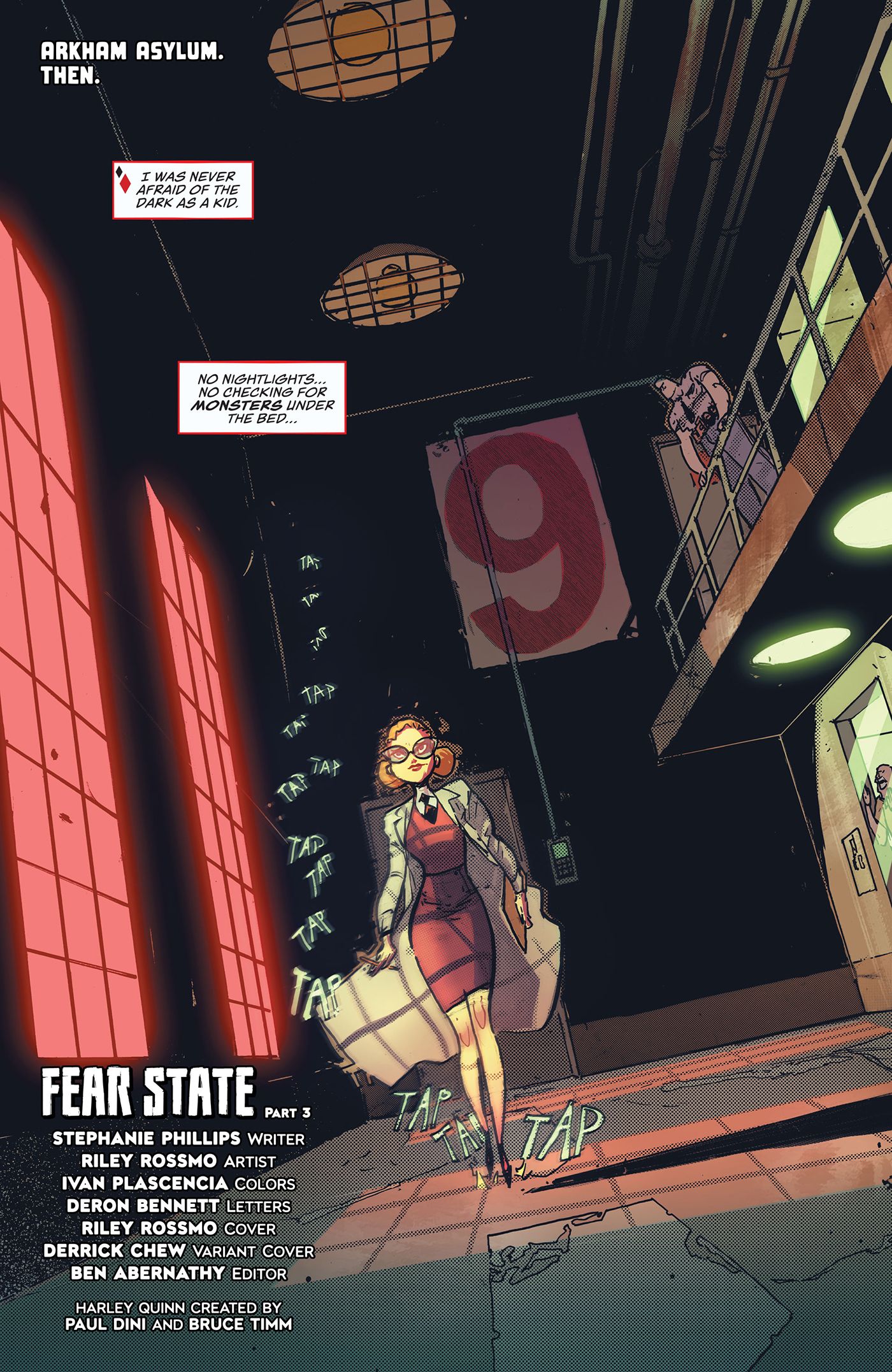 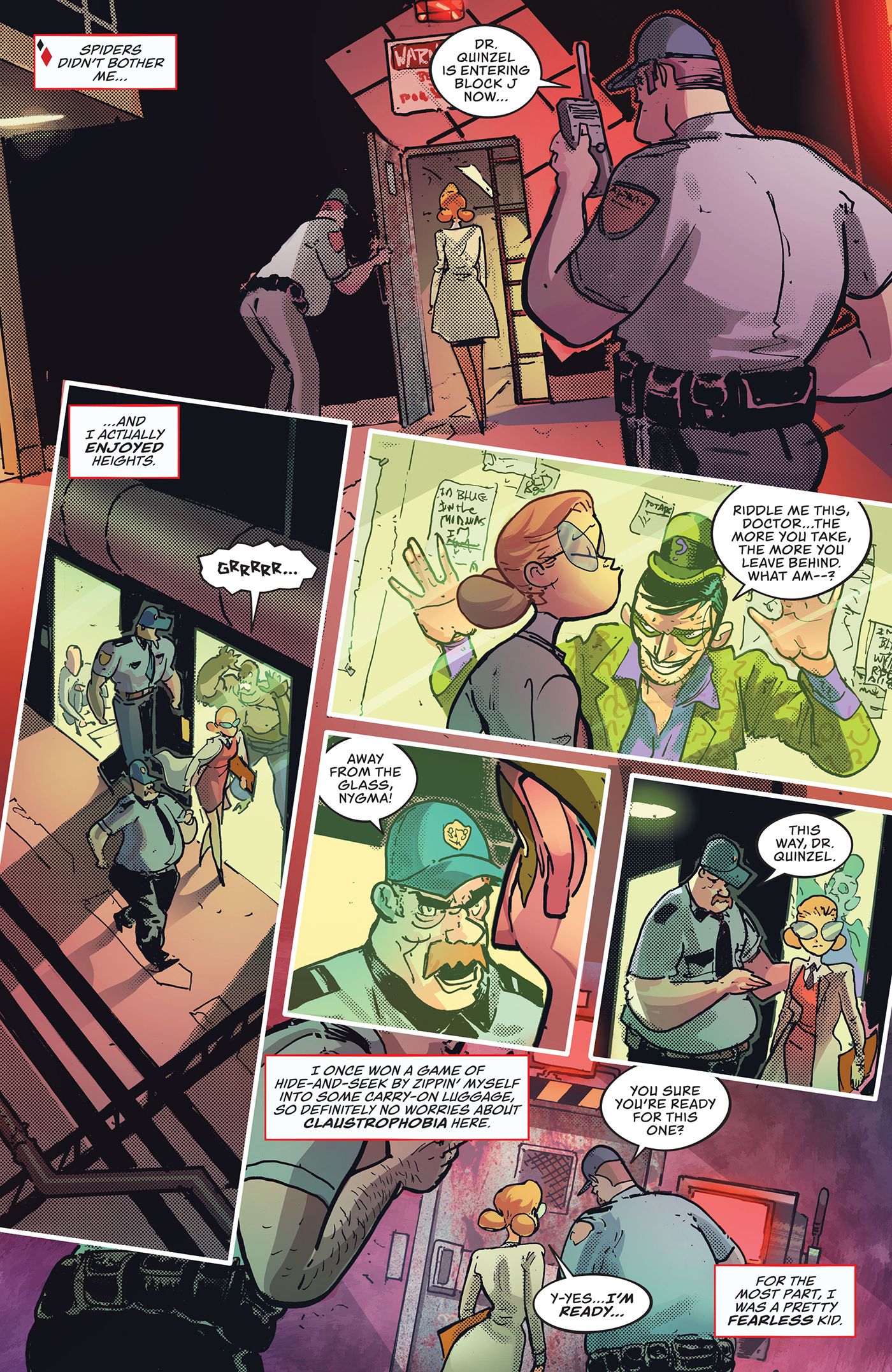 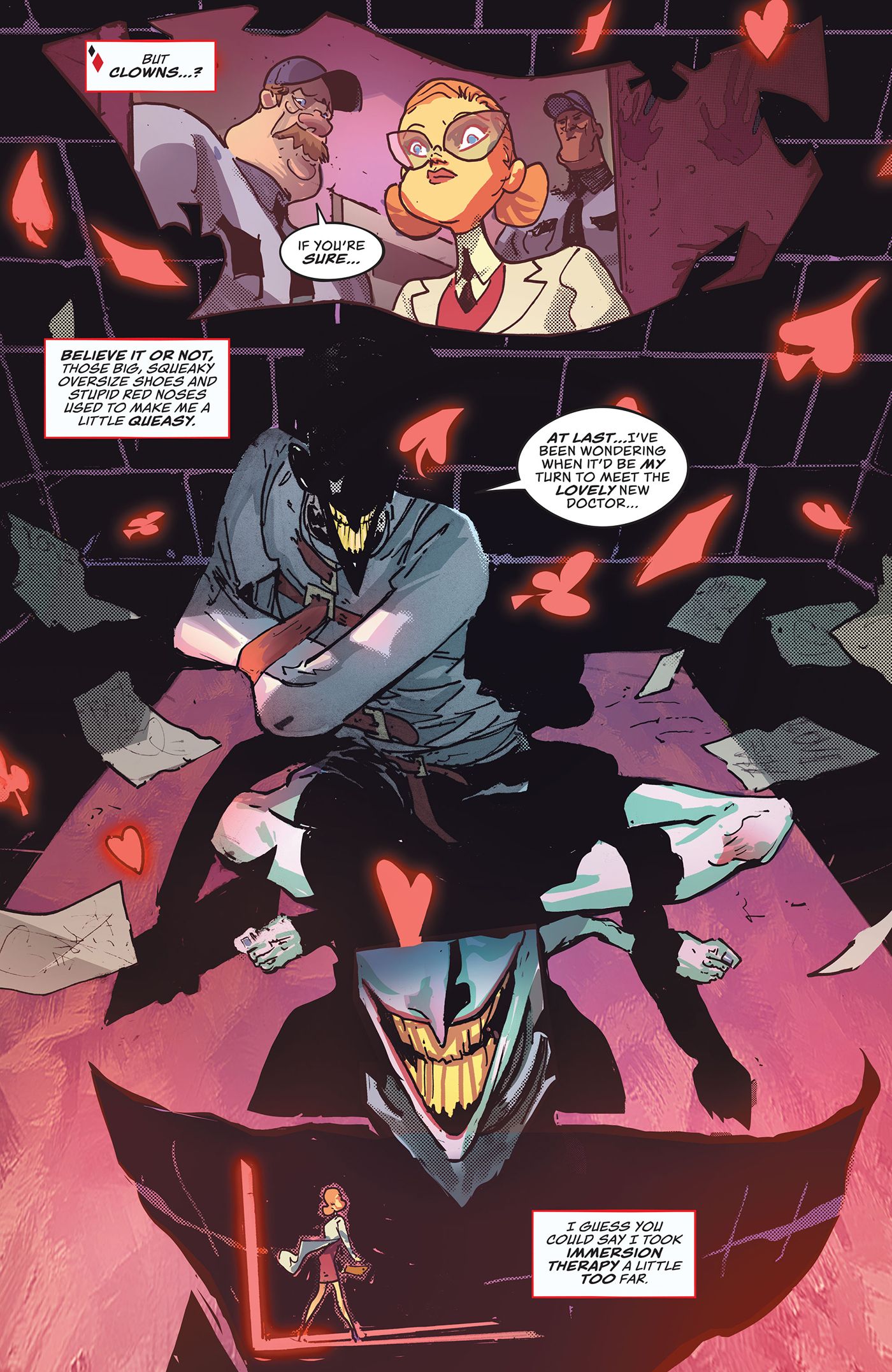 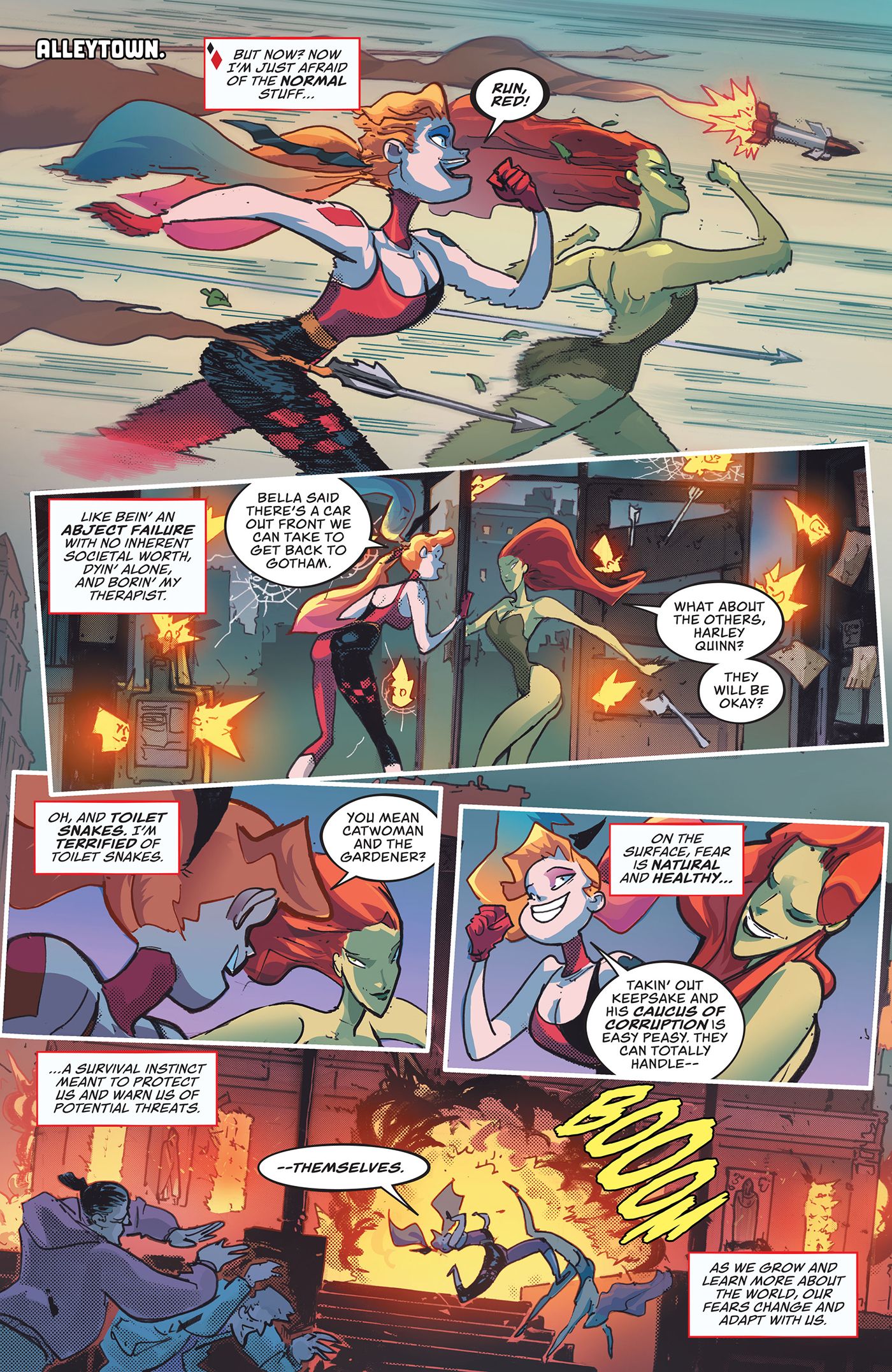 Harley Quinn #9 is written by Phillips with interior and main cover art by Riley Rossmo. Ivan Plascencia is responsible for colors, Deron Bennett for letters, with Ben Abernathy serving as editor on the issue. A variant cover by Derrick Chew will also be available for purchase. The issue goes on sale Nov. 23 from DC Comics.