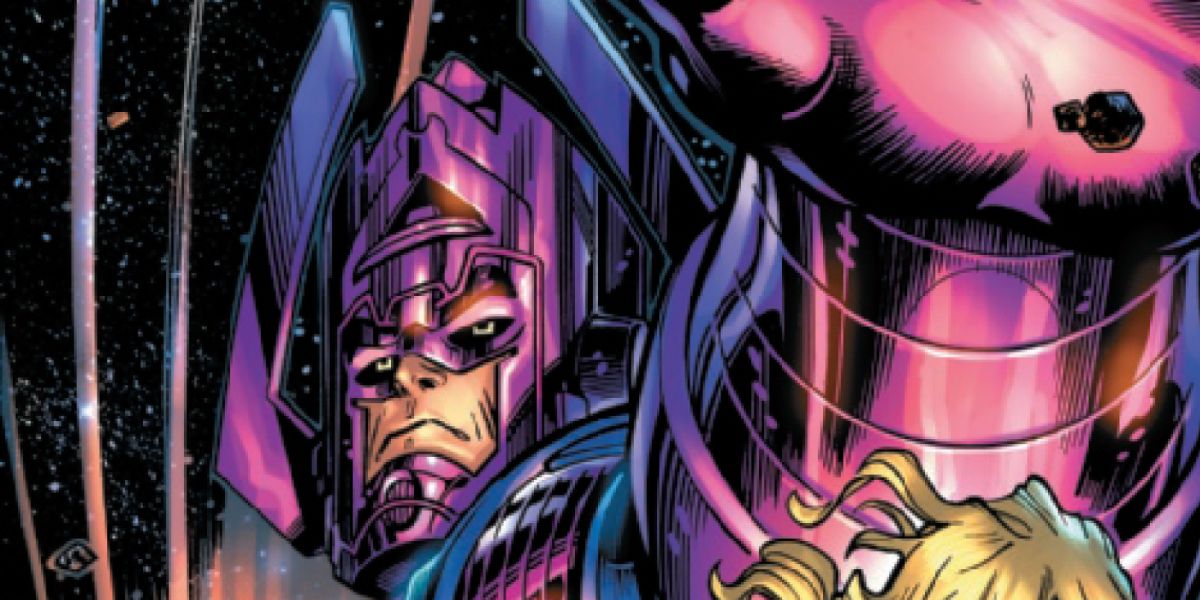 Galactus has a new herald. And, in a break from tradition, the Devourer of Worlds’ latest running buddy isn’t exactly known for being a cosmic powerhouse.

Today, Dec. 1, Marvel Comics published the 50th issue of its current Avengers run, which also happens to be the title’s landmark 750th issue overall. The epilogue of Avengers #50/#750 reveals that the new Herald of Galactus is none other than Kevin Plunder — better known as Ka-Zar, Lord of the Savage Land.

Ka-Zar laments that he is still trapped in the past and, therefore, has no way of warning the Avengers of the various threats that await them. “Not yet, at least,” he says. “But I have made a new friend. And picked up a few new tricks.” It is then revealed that this new “friend” is Galactus, one of the Marvel Universe’s most powerful cosmic villains. As for the “new tricks,” Galactus has naturally granted his new herald the Power Cosmic.

In the epilogue, Ka-Zar is seen trying to find a planet for Galactus to consume, though he stresses that he wants to find one that is uninhabited. “Very well. Be quick about it Ka-Zar,” Galactus commands. “Or I will take back the Power Cosmic I’ve so graciously given you. For Galactus hungers!” Ka-Zar replies, “Yeah, me too, boss.”

Created by Stan Lee and Jack Kirby, Kevin Plunder/Ka-Zar first appeared in 1965’s X-Men #10. While Ka-Zar is certainly rather powerful in his own right, he’s definitely on the weaker end of the spectrum when it comes to Marvel’s heroes, especially the ones that traditionally travel the stars.

According to Official Handbook of the Marvel Universe A to Z, on a scale of one to 10, Ka-Zar has a strength index of three, a speed index of three and a durability index of two (though he does boast a fighting skill of five). Compare that to Galactus’ most famous herald, Silver Surfer, who scored a seven in strength, a seven in speed and a six in durability. That said, the Power Cosmic already seems to be giving the Lord of the Jungle a significant boost.

Defenders of Truth, Justice and the Prehistoric Way