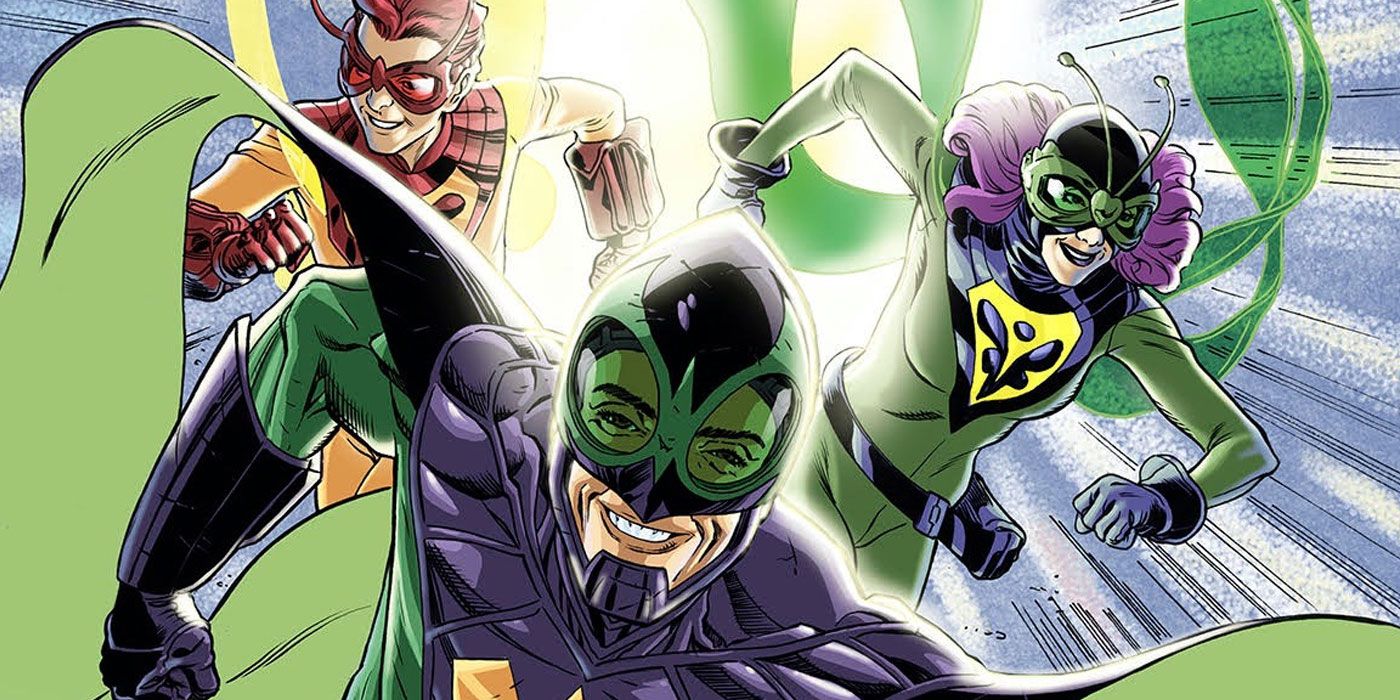 The world of Ahoy Comics’ The Wrong Earth franchise is expanding with a new event storyline.

Starting in March, The Wrong Earth will open up with a series of five one-shots that expand the multiverse of the series in new tales from some of comics’ top talents, including Gail Simone, Mark Waid, Mark Russell and Stuart Moore. Each of the “world-shattering” adventures will be 25-pages long and self-contained, contributing to a larger narrative that spills out of the pages of the core Wrong Earth series. Additionally, these issues will feature main covers by original Wrong Earth artist Jamal Igle, an alternate by Gene Ha and variants by talents such as Dan Parent and Jerry Ordway. 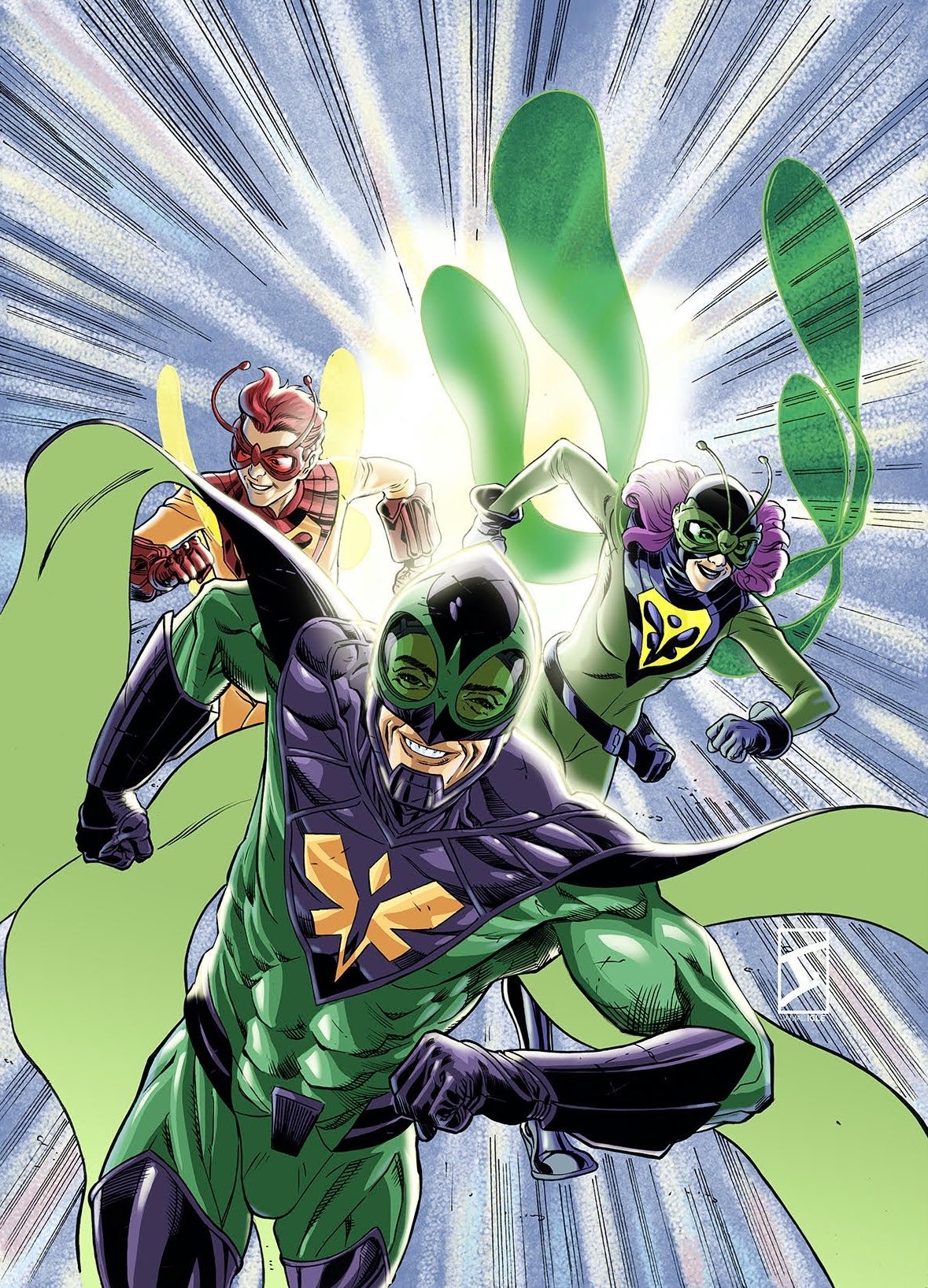 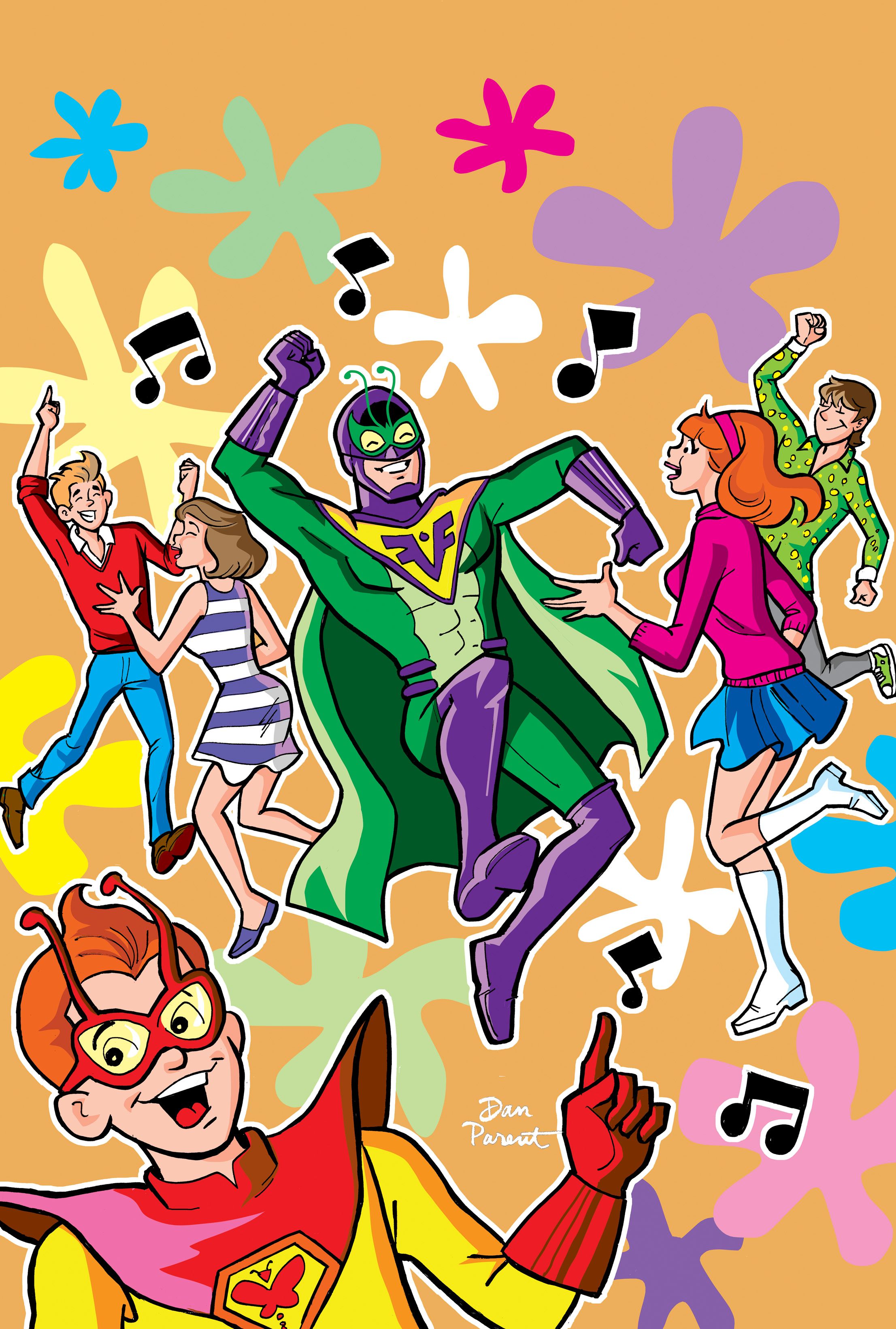 The first issue to be released as of this line will be The Wrong Earth: Trapped on Teen Planet #1. Written by Gail Simone and illustrated by Bill Morrison, Walter Geovani and Rob Lean, the story follows gritty vigilante Dragonfly as he ventures into a world filled with teenagers, jokes, romance and the occasional malt shop, in homage to the classic Archie comics. Simone, who will be making her Ahoy Comics debut with the issue, teases that there is something sinister lurking in the shadows. “Our story is about a town, a small town, and the people who live in the town, including an earnest ginger, who is sort of in love with two girls. From a distance, this town presents itself like so many other small towns all over the world: safe, decent, innocent. Get closer, though, and you start seeing the shadows, specifically the long, dark shadow of the Dragonfly.”

The Wrong Earth follows Dragonflyman and Dragonfly, two heroes from alternate worlds who suddenly swap planets and have to adjust to the distinct differences between their parallel lives. The original series was released in 2018 from writer Tom Peyer and artist Jamal Igle. It proved to be a hit with fans and critics alike, leading to a second series titled Dragonfly & Dragonflyman in late 2019, with artist Peter Krause stepping in for the story. A third book titled The Wrong Earth: Night & Day came out in January 2021.