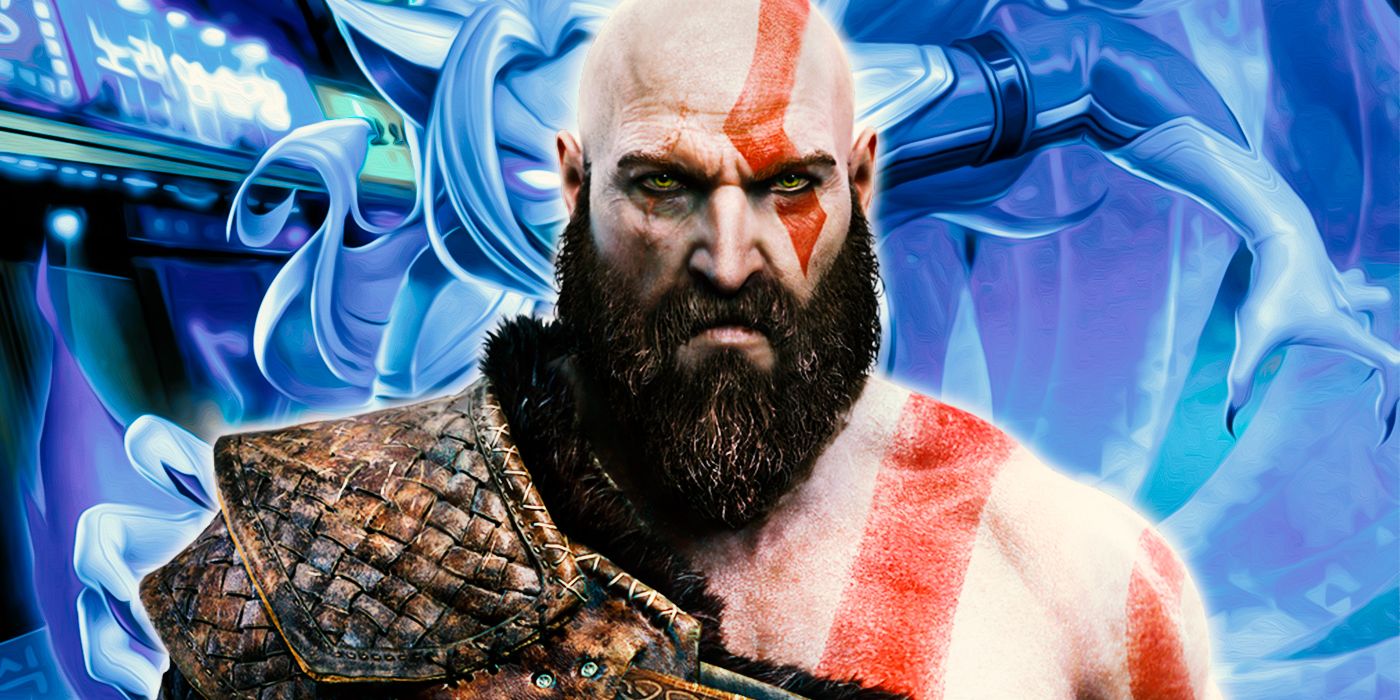 The Death of Doctor Strange has seen all manner of mystical threats unleashed across the globe, leaving nearly every last superpower in the Marvel Universe scrambling to save the day. For the heroes of the Agents of Atlas and Tiger Division, that means putting their best agents together to take on an all too familiar kind of monster. As bad as things might seem already, it is the death of one of these heroes that stands to make them even worse, as an ancient god of war begins to arise with the Sword Master’s fall.

Ever since the untimely demise of the Sorcerer Supreme, every corner of the Earth has been plagued with various horrors. While many of these impossible threats hail from somewhere beyond our own realm, more than a few that have appeared are entirely native, having previously been held at bay by Doctor Strange. For the heroes of South Korea’s Tiger Division, the attacks have been nonstop, though nothing they can’t handle on their own.

When a kumiho, a malevolent fox spirit appears, Tiger Division’s own White Fox comes under suspicion by Jimmy Woo’s Agents of Atlas. As the last living kumiho herself, White Fox is the obvious culprit, yet as a former Agent of Atlas herself, there is more than enough reason to assume otherwise, prompting Lin Lie, aka Sword Master, to investigate, despite having his own growing concerns elsewhere. 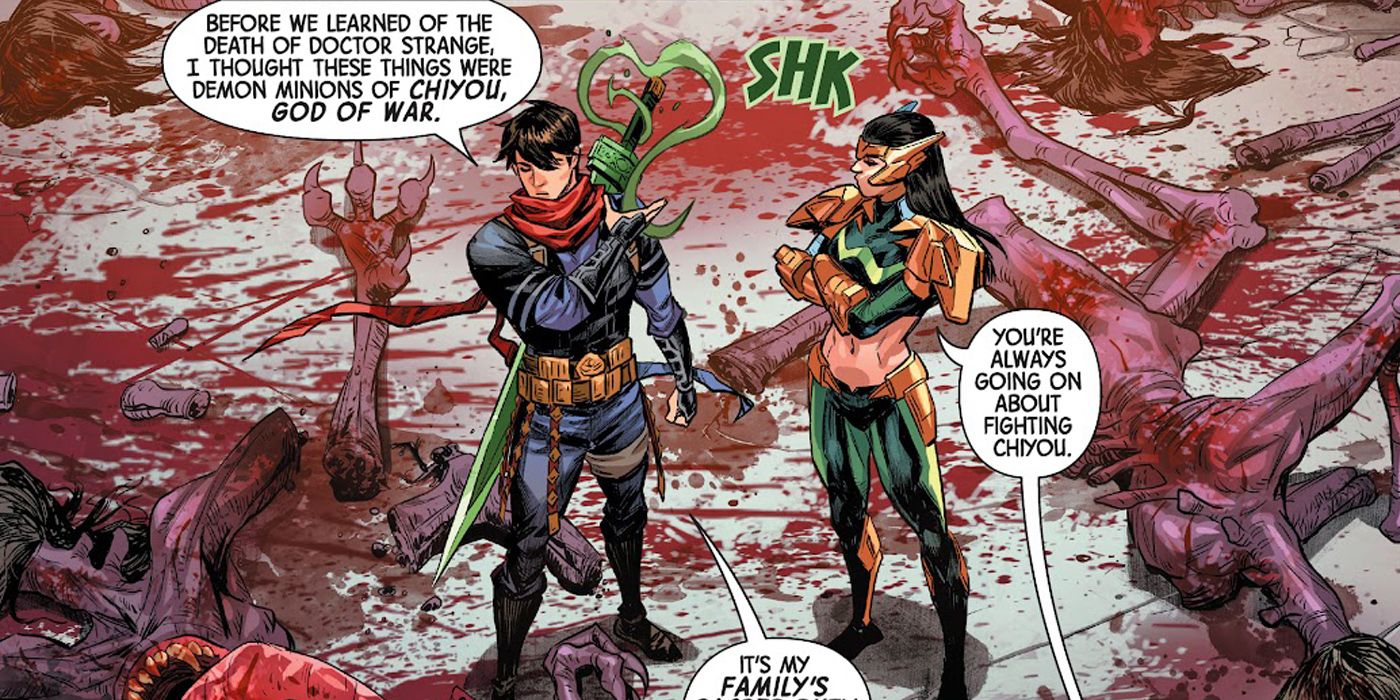 First introduced in 2018’s Warriors of Three Sovereigns #1 by Shuizhu and Gunji, Lin Lie is the wielder of the Sword of Fu Xi, an ancient blade forged from a divine star thousands of years ago. While Lin has carried his blade into battle against a sorts of enemies, the one that it was destined to be wielded against is the dreaded Chiyou, a dark elder god described by Knull himself as something akin to Shuma-Gorath.

Though Chiyou was defeated and sealed away over five thousand years prior, Lin is in constant fear of the danger the god’s escape presents should that ever happen. This paranoia isn’t unfounded, as Lin had to discover his family’s secret legacy from a complete stranger, in the midst of a demon attack no less. Unfortunately, those same fears are soon enough realized in the pages of The Death of Doctor Strange: White Fox #1 by Alyssa Wong, Andie Tong, Luciano Vecchio, Arif Prianto, and VC’s Travis Lanham.

Even though the supposed kumiho that White Fox and Sword Master track down turns out to be just another demon in disguise, the beast proves powerful enough to bring an end to both Lin Lie and his divine blade. White Fox is thankfully able to fell the demon in turn, but the loss of the Sword of Fu Xi and its master immediately sets in motion the return of Chiyou. Without the sword to keep him sealed away, Chiyou’s minions waste no time in flooding the world above while their master prepares to do the same for himself. Considering the fact that locking Chiyou away in the first place came at the expense of thousands of lives, there is no telling how much havoc he could wreak if given the chance, and there might not be any time left to stop him. 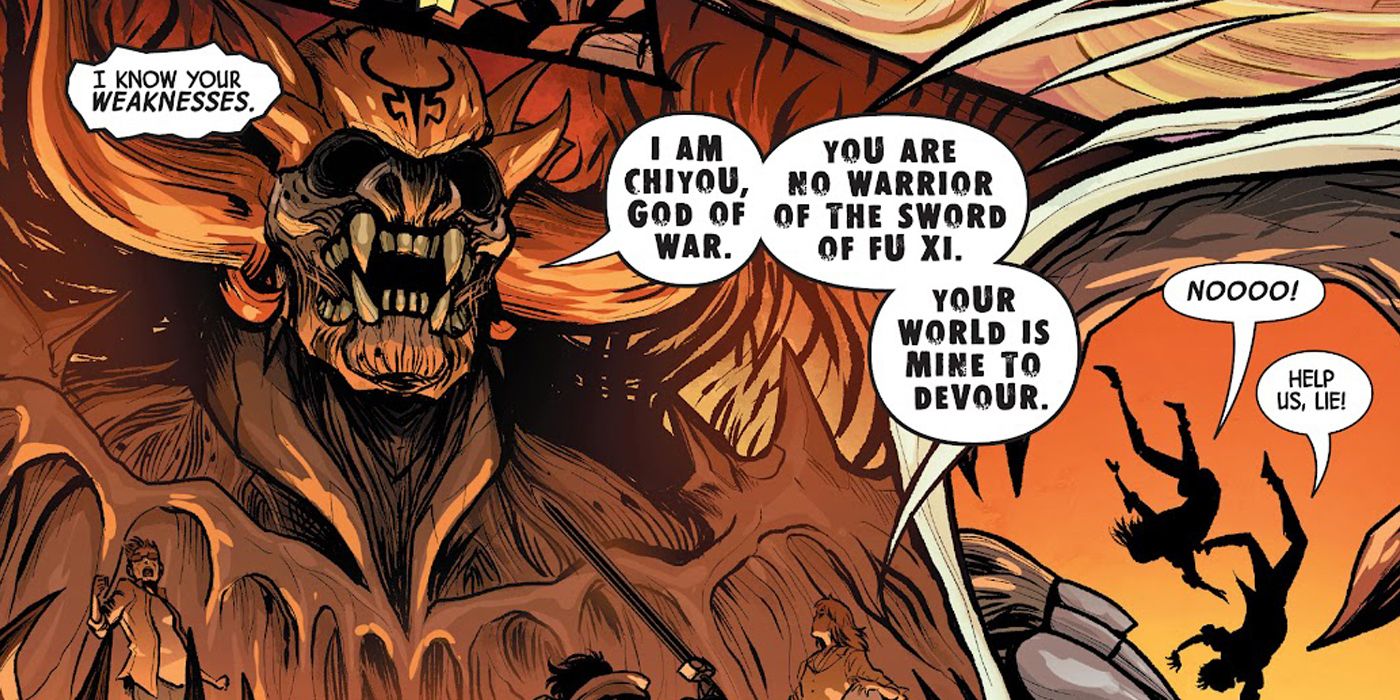 The idea that a being so powerful that it garnered even Knull’s attention could be on the way is horrifying enough. That there is no Sorcerer Supreme to help vanquish it is gut wrenching. White Fox may have recovered a piece of the Sword of Fu Xi in her attempts to find Lin Lie’s remains, but that will hardly be enough to save the world from Chiyou on its own.

There is certainly no shortage of capable heroes left to help fight the coming battle, yet the odds now seem to be so far out of favor that their numbers don’t matter. Here’s hoping a new Sorcerer Supreme is found before the next god of war comes crashing into our world.

Funko Pops, Action FIgures, and More Get a One-Day Sale on Amazon