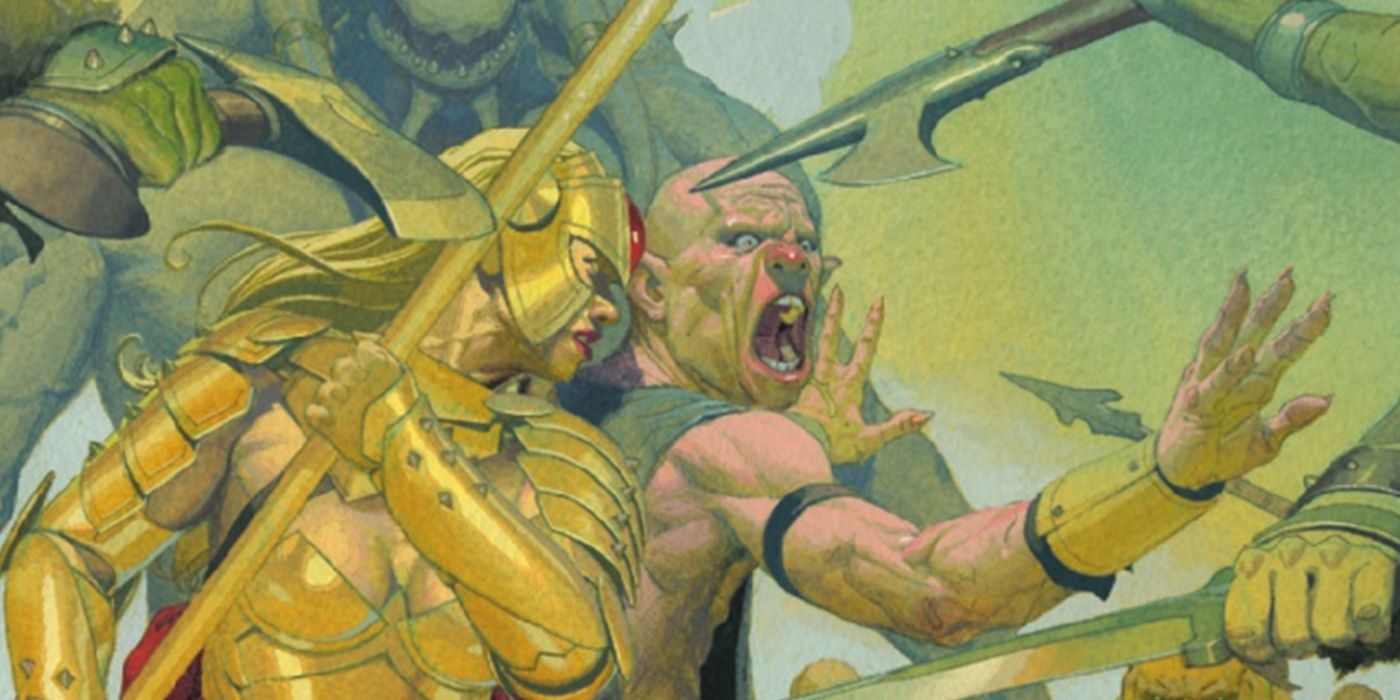 WARNING: The following contains spoilers for Eternals #8, now on sale

Since discovering the truth about their resurrections, the Eternals have found themselves in the Deviant city of Lemuria, trying to change for the better. But old habits die hard even with regular lifespans. With near-immortality, it’s even more difficult. Nonetheless, The Eternals confront the inherent ways they carry themselves into conflicts and battle — notably Ikaris and Thena, two of the Eternals’ greatest warriors.

Eternals #8 by Kieron Gillen, Esad Ribic, Matthew Wilson, and VC’s Clayton Cowles revealed how difficult it would be for two of the most notable Eternals to overcome their natural impulses under the best of circumstances. But, with a major threat on their doorstep, these are anything but the best of times. 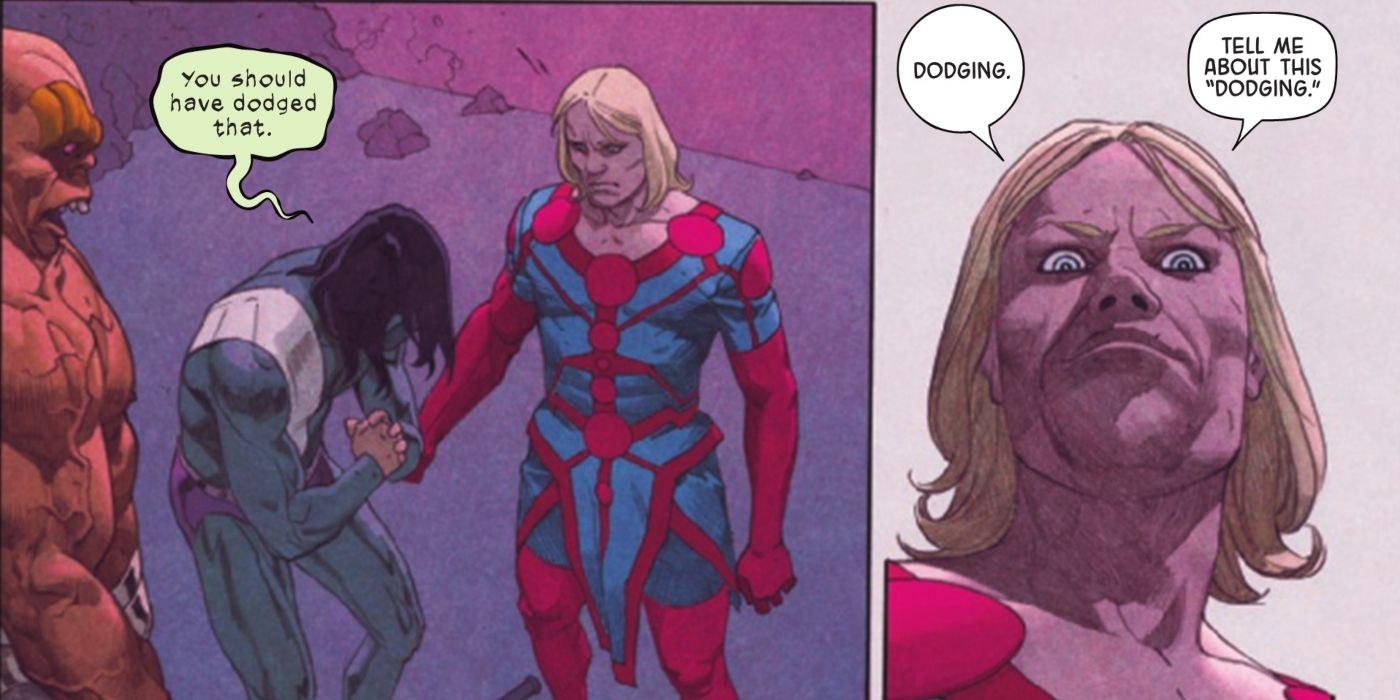 Almost more so than any other Eternal, Ikaris has been horrified at the discovery that each of his resurrections costs a human life. One of the Eternals best and most prolific fighters, he’s been trying to learn how to fight differently. But as Phastos notes, Ikaris can’t stop throwing himself headfirst into combat. Unfortunately, that kind of approach to battle sets up the hero to be caught by surprise and killed, leading to the loss of another human life.

Knowing this, Ikaris approaches Ransak and Karkas, two gladiator Deviants who’ve become fighting experts. But even when trying to keep his mind on top of his flaws, Ikaris is so used to relying on his Eternal endurance and attributes he never even considers dodging during combat. So when Ransak threw a punch, Ikaris took it just because he could. Ikaris needs to learn how to fight a new way, something he’s committed to doing — but hasn’t quite mastered. But Ikaris’ inner conflict is nowhere near as heartbreaking as what Thena faces.

Having fallen in love with the Deviant Tolau, his accelerating deviating into a more monstrous being shocked her. As with all Eternals, impulse and instinct drive Thena to hunt transformed Deviants — making her the most dangerous threat to her lover’s survival. It’s a heartbreaking realization. Thena announces she’ll resist, but she might not have a choice in the matter. The possibility of her innate Eternal nature compelling her to act before she can stop herself looms large. 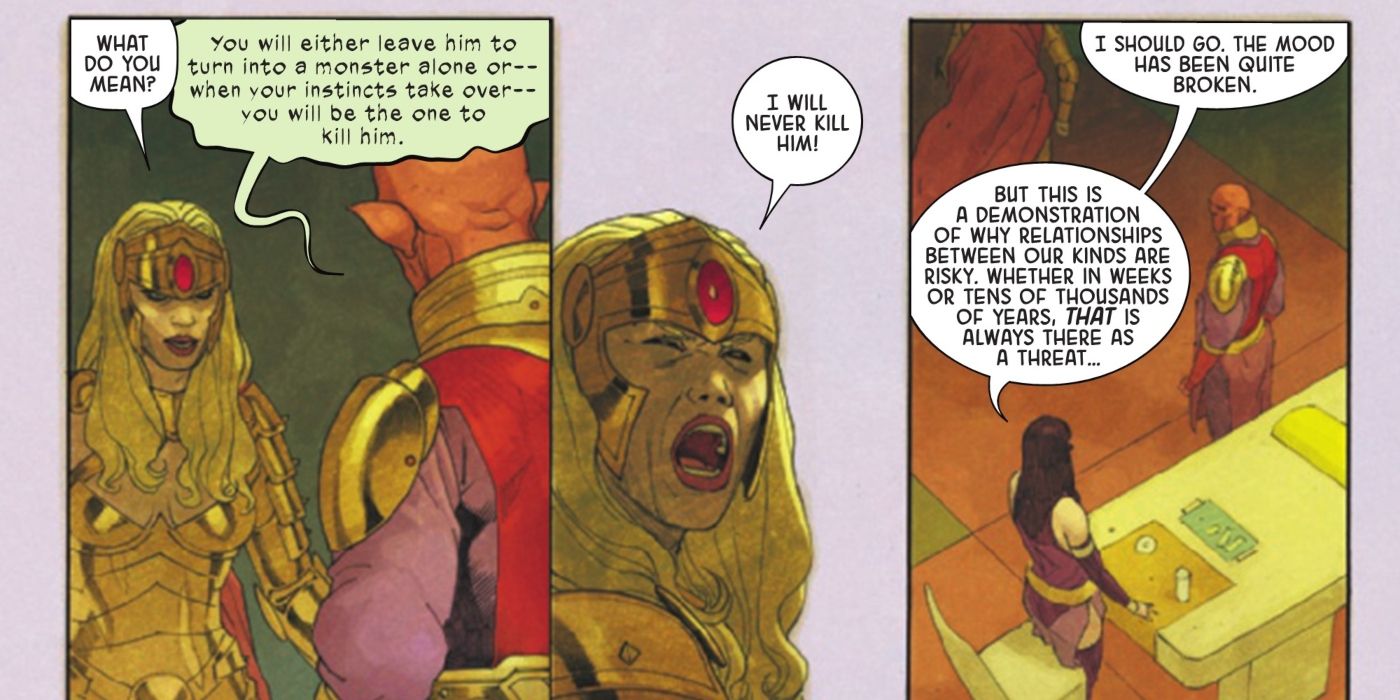 While resisting one’s natural impulses and instincts would be challenge enough, Ikaris and Thena face an upheaval amongst their people. Thanos has ascended to the rank Prime Eternal via election. This position gives him the ability to command and control other factions of the ancient beings for his own goals.

His goal is to force Phastos to create a new body and restore him to his full power. To make it clear how serious his request is, Thanos has brought some of the most dangerous Eternals with him to wage war on Lemuria. If Ikaris wants any chance of holding back Thanos AND the other Eternals, sacrificing himself in battle may be his only choice. If the moment comes, will he choose the Eternals or his newfound commitment to not costing human lives with his disregard for his own life? 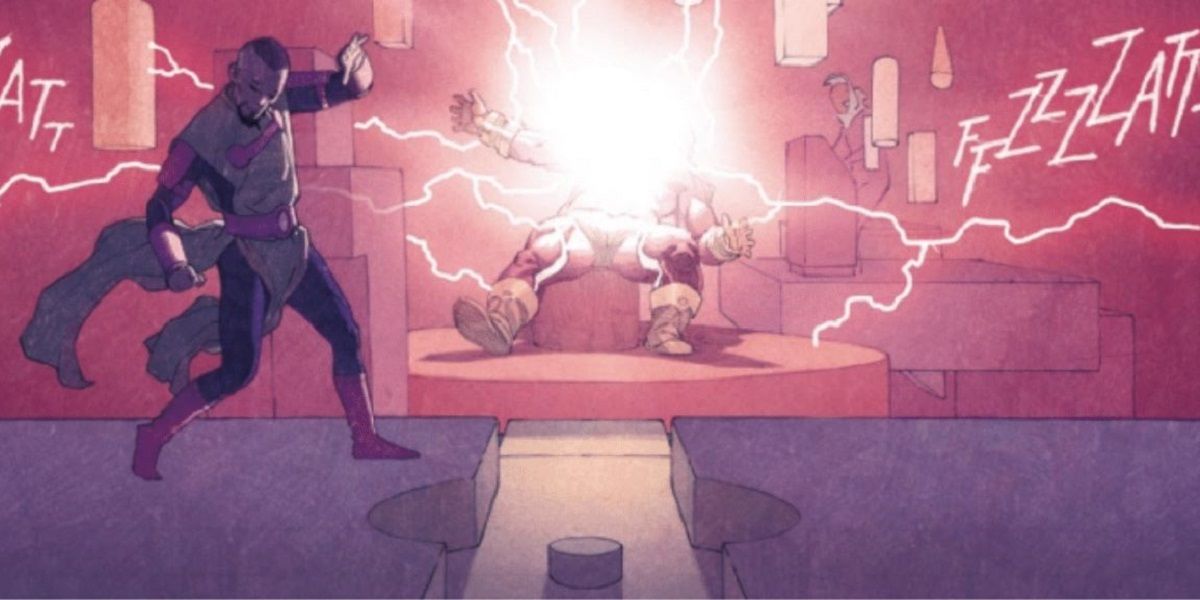 Meanwhile, Thena’s instincts are what make her such a fierce and competent combatant. Those instincts, however, are bound up with the natural impulse to fight and kill Deviants. In the heat of battle against Thanos’s forces, will Thena find her control falter, possibly leading her to turn against her lover?

Both Thena and Ikaris find themselves in precarious positions. Ones that the threat of battle with Thanos only make worse. Fighting back might cause the pair to backslide into the very habits they seek to break. Like in the MCU Eternals, they may find trying to reject a near literal eternity of doing things one way can prove almost impossible.

Golden Kamuy May Be Getting a Live-Action Adaptation