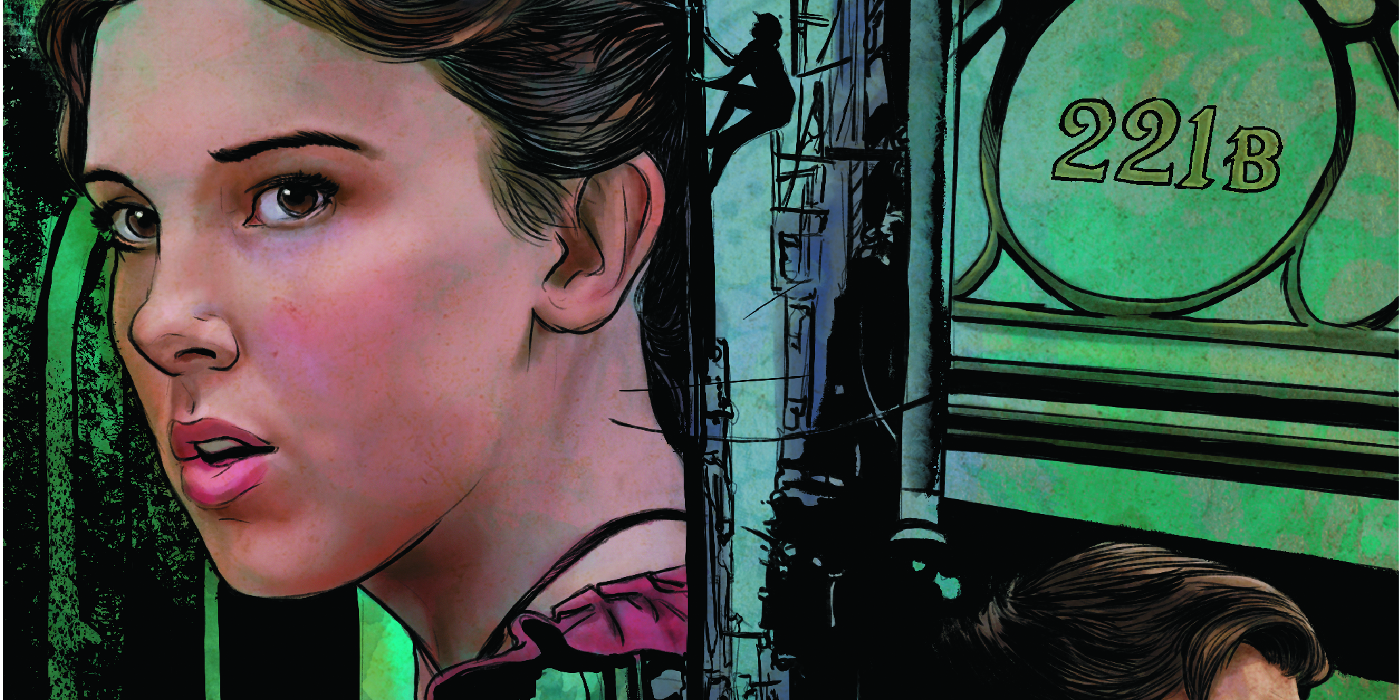 From original author Nancy Springer, Enola Holmes: Mycroft’s Dangerous Game will be published under Legendary Comics YA, Legendary’s young adult imprint. Written by Mickey George (The Heart Hunter, The King of Trouble) and illustrated by artist Giorgia Sposito, this original story will bridge the gap between the first Enola Holmes film and the upcoming sequel, which is set to premiere on Netflix in 2022. Featuring cover art by Cat Staggs, Enola Holmes: Mycroft’s Dangerous Game is set to publish Aug. 23, 2022. “It was a great pleasure to develop this new Enola Holmes adventure with such a talented team, and it is an even greater pleasure to be personally included as a cameo in the graphic novel! Can you find me?” Springer said.

Enola Holmes: Mycroft’s Dangerous Game will pick up where the first film left off and will follow Enola, the rebellious teenage sister of Sherlock Holmes, played by Henry Cavill in the films, as she works to uncover the mystery of her brother Mycroft’s (Sam Claflin) kidnapping by a group of anarchists. The story will take Enola deep through the London underground as she works to unravel the mystery surrounding her brother and the anarchists’ dangerous plot.

“We are so excited to expand Enola’s world and story with an exciting new adventure in our graphic novel from this extremely talented creative team,” said Legendary Comics’ senior editor, Nikita Kannekanti. “Nancy has come up with a really fun story with some charming new characters and some returning familiar faces. I hope fans will enjoy solving the mystery with Enola!”

RELATED: The Enola Holmes Blooper Reel Starts with a Bang

Springer is the author of The Enola Holmes Mysteries, the Edgar Award-nominated book series on which the films, and now forthcoming graphic novel, are based. Consisting of six books, The Enola Holmes Mysteries follow the brilliant, young super-sleuth, and younger sister of Sherlock Holmes, on various adventures, often outsmarting and out-sleuthing her brilliant family. The first Enola Holmes film, starring Millie Bobbie Brown in the titular role, became one of the most-watched original Netflix films of all time, raking in over 76 million household views in its first four weeks of release. The untitled sequel is currently filming.

Director Harry Bradbeer and writer Jack Thorne return for Enola Holmes 2, which will feature returning cast members Brown, Cavill, Adeel Akhtar, Susan Wokoma and Louis Partridge, along with Helena Bonham Carter reprising her role as their mother, Eudoria Holmes. Whether Claflin will return as Mycroft has not yet been confirmed.

Toys R Us Is Returning Again, This Time With Ice Cream and a 2-Story Slide