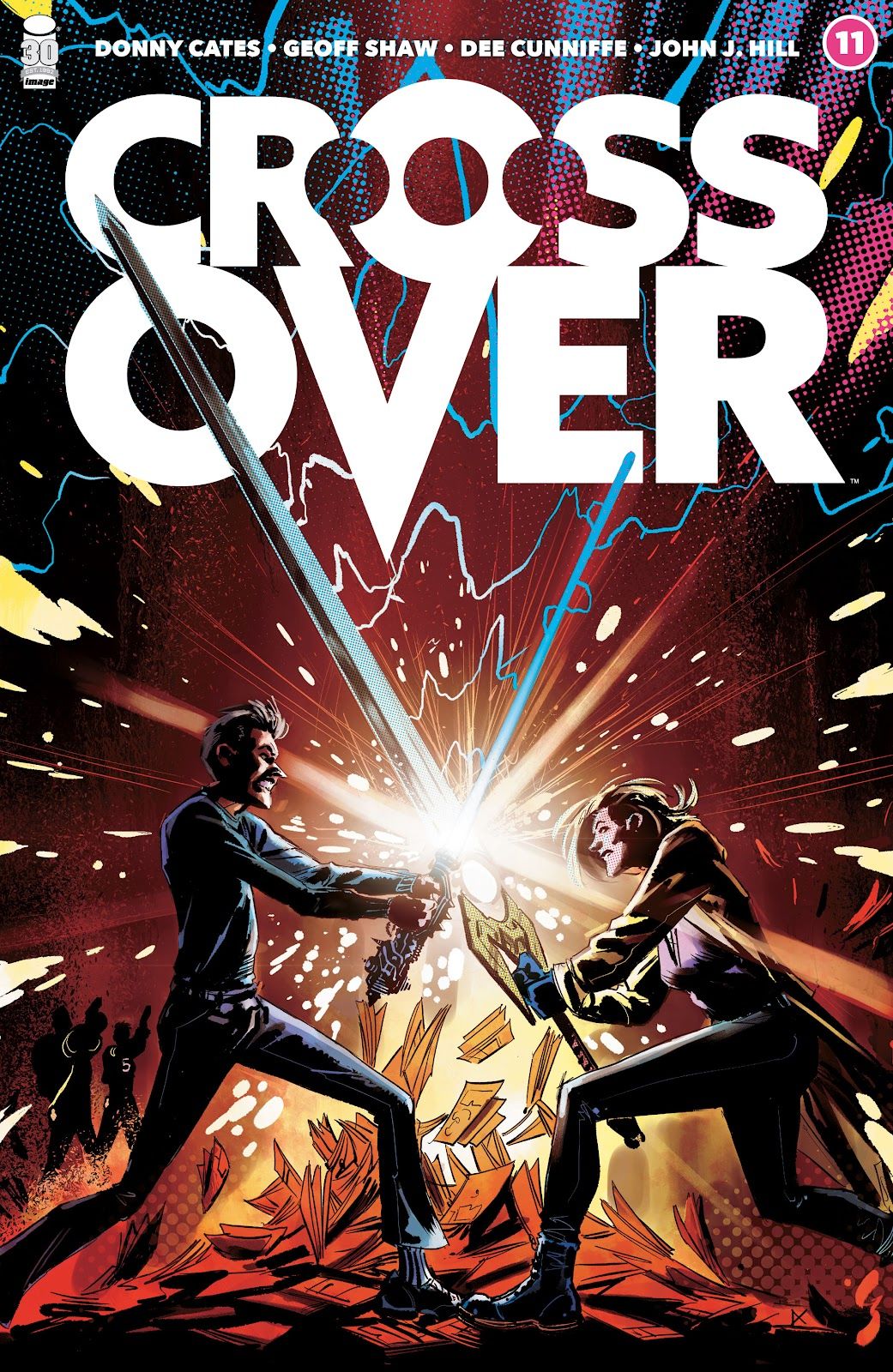 Writer Donny Cates is known for breaking into the comic industry with his Marvel Comics titles like Venom and Cosmic Ghost Rider. However, these were not his first foray into superhero comics. Cates teamed up with co-creator artist Geoff Shaw to create some of comics’ most eccentric superhero titles like Buzzkill. In Crossover, Cates reimagines a world where every superhero he’s created crosses over into one universe. But the consequences of such an act are so blasphemous that not even the creator can be spared of its ramifications.

Crossover #11, written by Donny Cates with artwork from Geoff Shaw and Dee Cunniffe, finally exposes the prophet who’s been manipulating the story. Surprisingly, it was Donny Cates all along! While visiting his friend Geoff Shaw to talk about the plot structure of Crossover, Cates lost both his friend and his wife to an extradimensional portal that ripped through the city of Denver. To Cates’ dismay, every word in the story is coming true. In his quest for an amicable ending, he is turning things from bad to worse. Meanwhile, Christian and Deena are hot on the heels of the murderer killing comic book creators. 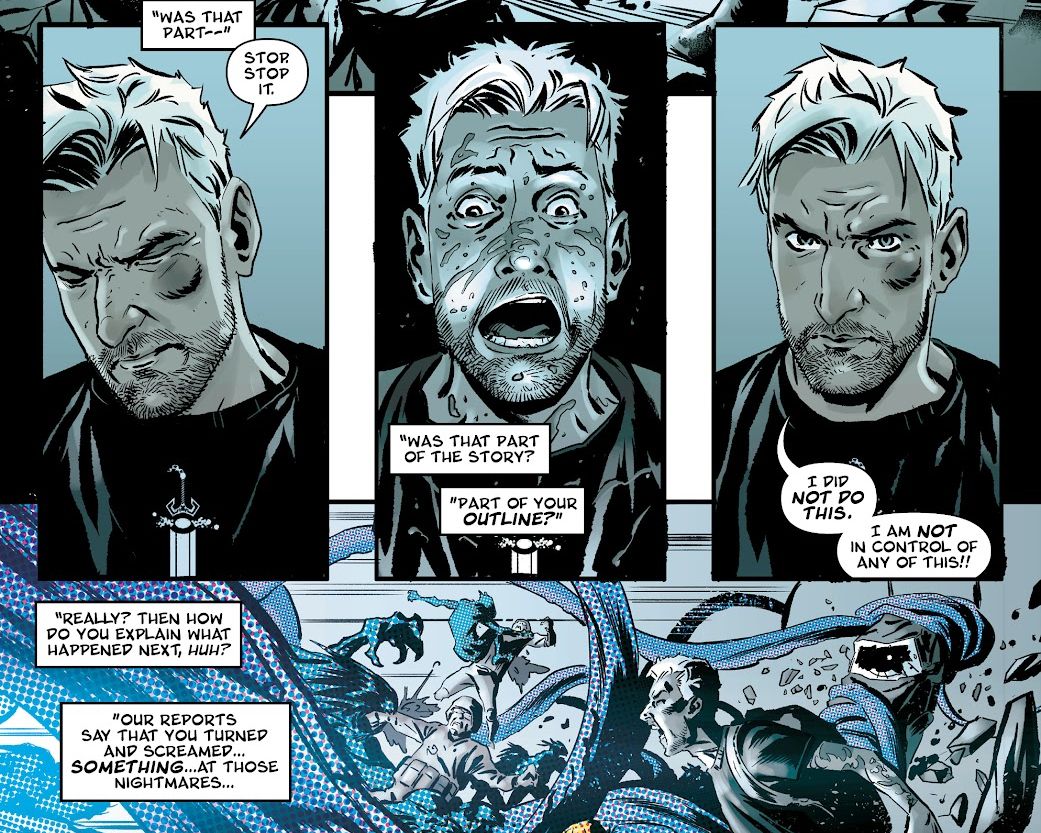 The premise of Crossover is a matter of casual debate among fans. Writer Donny Cates has successfully turned the comic series into a complex tale of survival and human desperation. The overlapping, non-linear narrative in Crossover #11 adds a unique insight into the past, and, at the same time, delivers satirical meta-commentary. While this book’s exposition provides a turning point in the tale, Cates’ writing slows down the pacing. However, the ominous tone of the book and its jaw-dropping ending deepen the book’s sense of mystery.

Artist Geoff Shaw is responsible for some of the most exemplar pieces of character artwork in Crossover #11. Shaw is not only up to the challenge of depicting well-known characters but has also captured the essence of Cates’ facial features perfectly. The book’s character portraits give a sublime reading experience. Colorist Dee Cunniffe keeps up the suspenseful tone of the book using monochromatic shades while the Ben-Day dots separate the fictional characters. 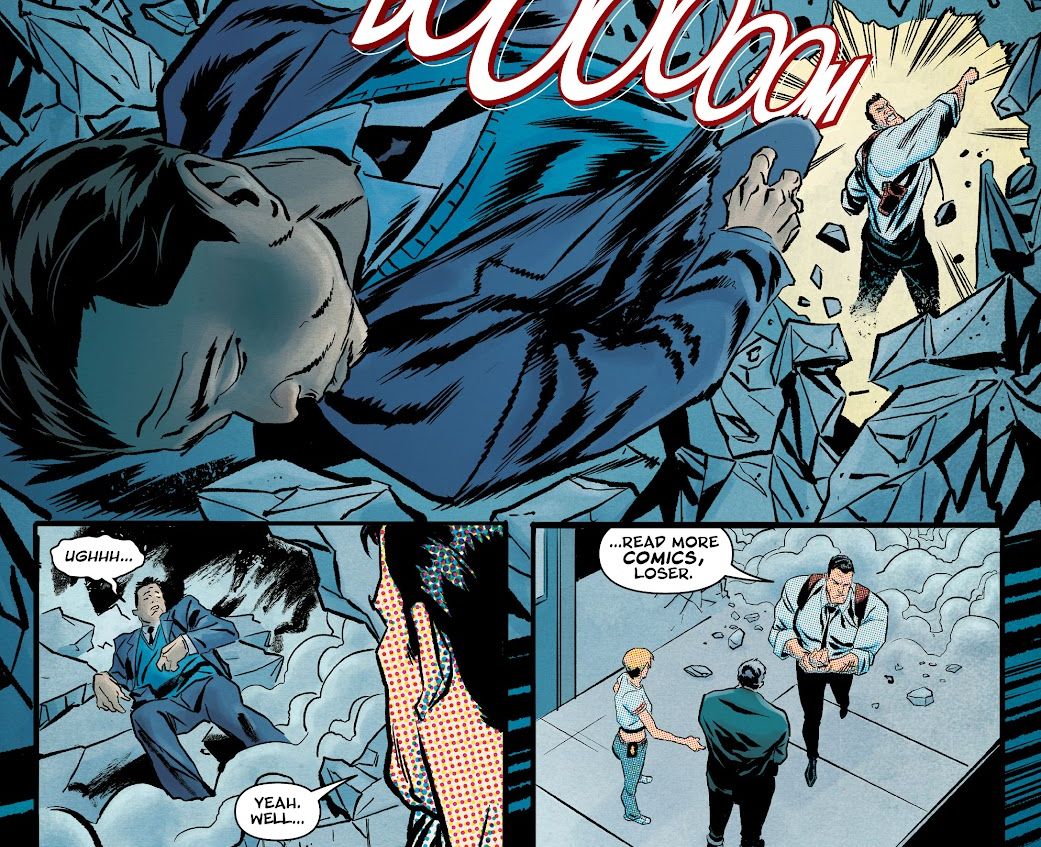 With Crossover #11, Donny Cates has done something that most writers wouldn’t dare do — make themselves the villain of their story. In his quest for an explosive ending, Cates has wrought endless grief and boundless havoc. Much of Crossover’s story remains mysterious — since the source of the mystical portal is still unknown. However, the appearance of an infamous character in Crossover #11 is sure to spice things up. Crossover #11’s appeal lies in its Donny Cates revelation. Now, only time will tell how Cates reaches his ending.