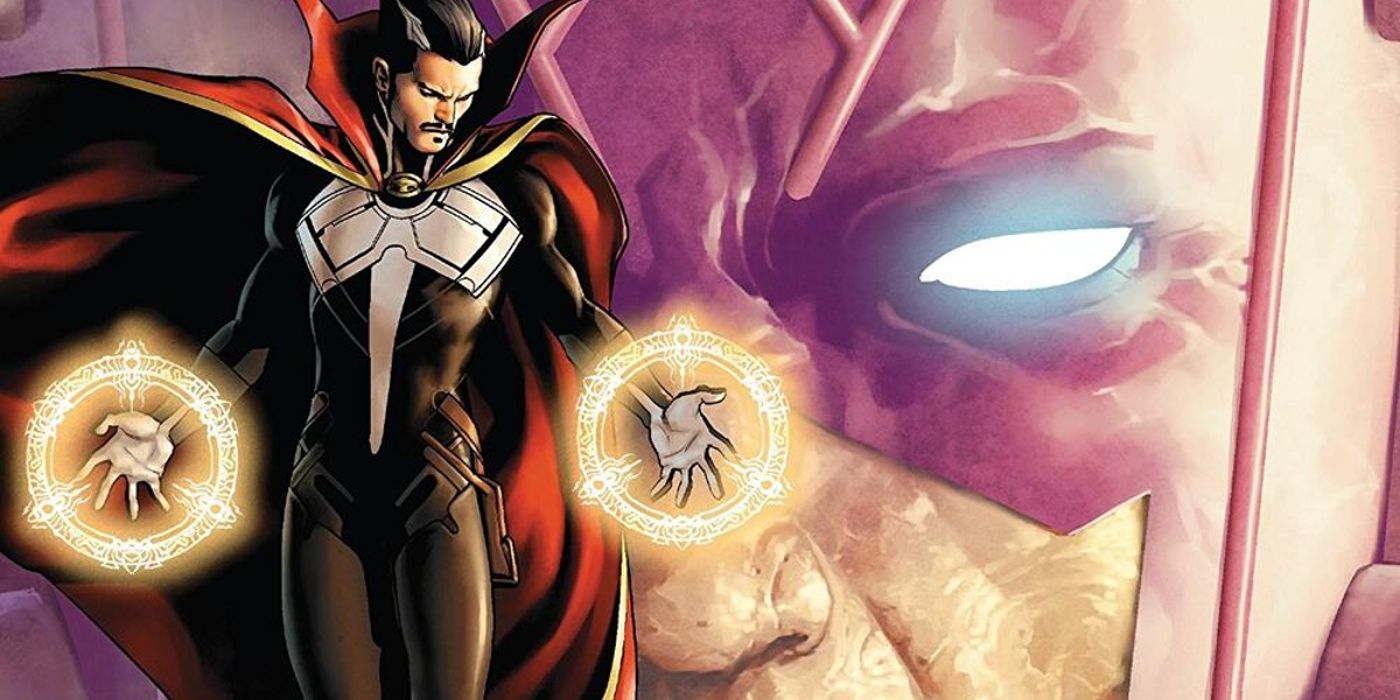 While The Death of Doctor Strange might just cause the end of Marvel’s earth as we know it, it’s hardly the first time the Sorcerer Supreme has been at the center of a catastrophic event. In fact, Doctor Strange is one of the few figures in the Marvel Universe who has singlehandedly caused its outright destruction.

Not only that, he was also the one to put it back together, all thanks to his dutifully honed skills as a world class surgeon and the blessing of one of the most powerful entities of all time. 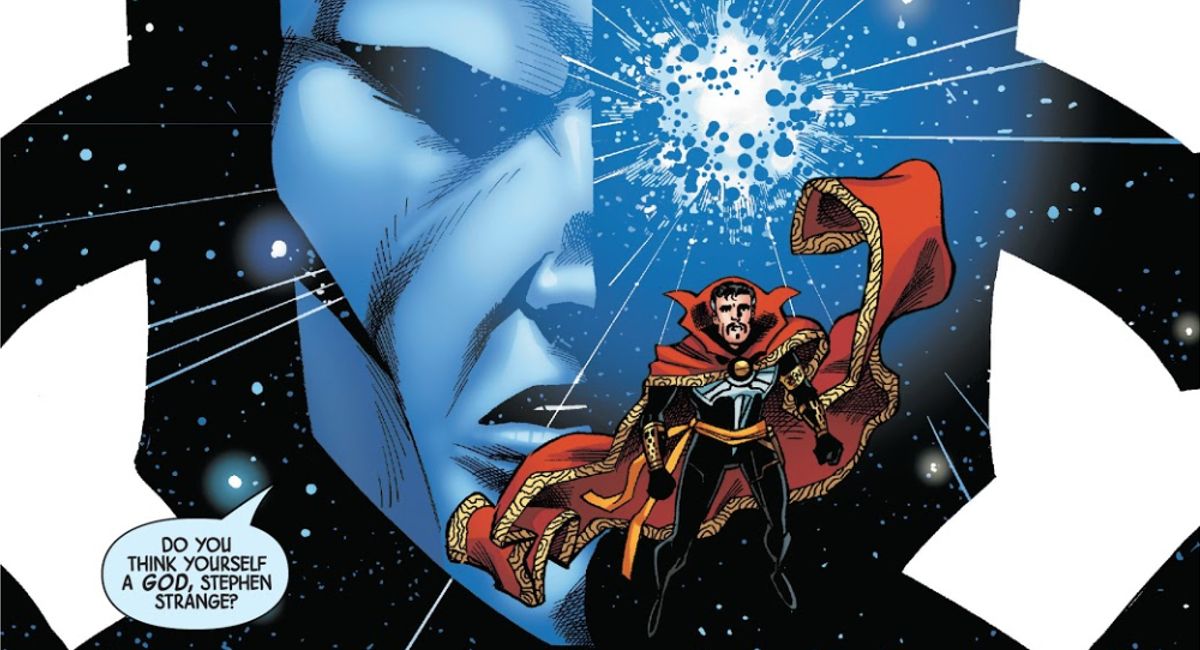 The end of all things began in the pages of 2019’s Doctor Strange #12 by Mark Waid and Barry Kitson, when the titular hero’s home was violently intruded upon by the alien sorcerer Zoloz. When Galactus came to Zoloz’s world, his fellow sorcerers imbued him with their power before sending him to combat the threat. It wasn’t long before Zoloz made his way to Earth, seeking even greater power by stealing it away from Doctor Strange. Not only did Zoloz manage to do just that, he even successfully banished the Devourer of Worlds to the deepest corners of the mystic realms.

While this did prevent Galactus from doing any further damage to our own reality for some time, it also upset the natural balance as the Devourer consumed arcane energies, forcing Doctor Strange to take drastic action. With the sacrifice of dozens of heroes and a single deft strike, the Sorcerer Supreme obliterated the threat of a transformed Galactus entirely. Unfortunately, he also took out all of existence the very same way.

RELATED: Galactus May Debut in the MCU Phase 4 – But His Most Powerful Herald Legally Can’t

Rather than expelling Galactus‘ energies and all of those that he had consumed as intended, Doctor Strange’s attack on the Devourer of Worlds instead caused him to implode, resulting in a singularity which left only Strange behind. At least, that’s how things appeared at first, but it soon became clear that there were still other beings left behind in the wake of Galactus’ death, just not any mortal ones. Alongside the anthropomorphic manifestation of his reality, Eternity, Strange looked back on what had brought him to this point, and with the blessing of the Living Tribunal, set out to make things right.

With his two immortal observers close behind, Strange quite literally stitched the Marvel Universe as fans know it back together in the greatest case of reconstructive surgery of all time. Not only did Strange recreate history’s greatest achievements, but its most devastating downfalls, including his own. Seeing his life in its entirety laid out before him, all while being unable to change it was agonizing for the Sorcerer Supreme, though it did come with one very important silver lining.

RELATED: Doctor Strange’s Murderer Is Exactly Who You Think – But Is That a Good Thing? 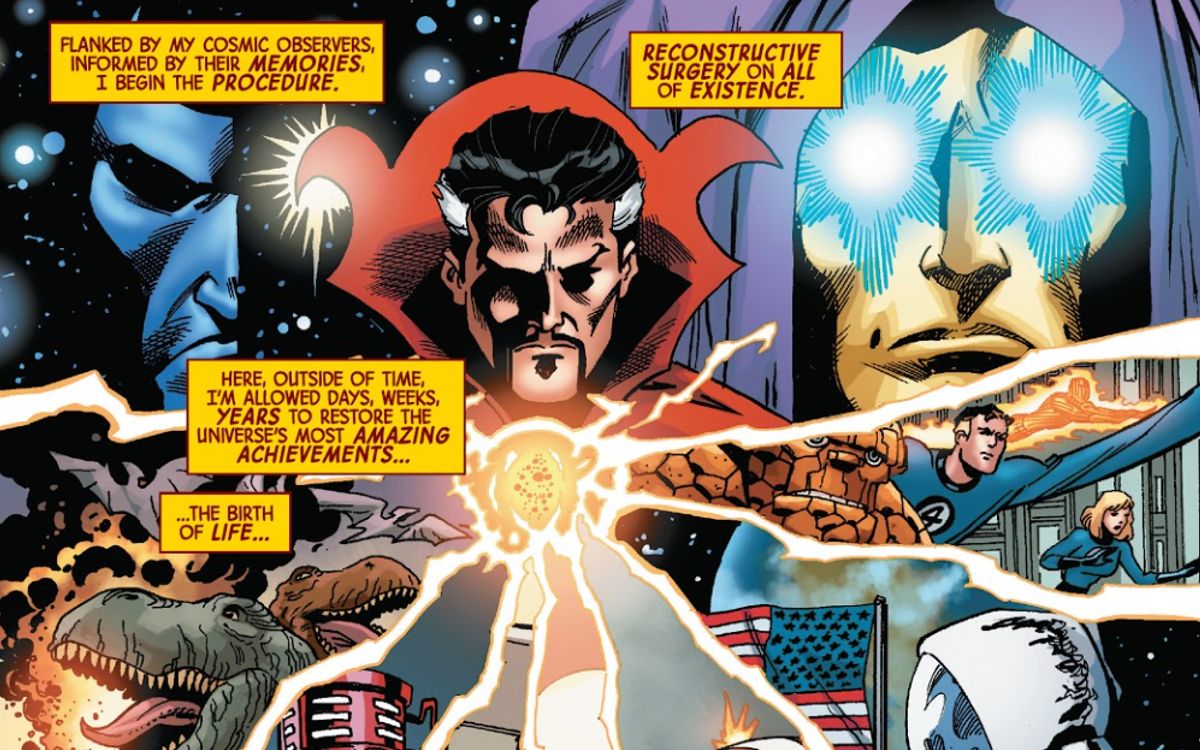 In watching his previous battles and reconstructing them from an omnipotent position, Doctor Strange was able to learn the intimate details of his worst defeats at the hands of his most dreadful nemesis. This knowledge would allow him to set things right at the moment they had gone wrong by ensuring Zoloz’s imprisonment with one of Dormammu‘s spells, precisely at the moment of his arrival, preventing the events the villain would have set in motion from ever occurring.

Doctor Strange may have been responsible for breaking the universe, but the journey he went through to put it back together was well worth the trouble. In doing so he didn’t just prove himself to be the most capable Master of the Mystic Arts to date, he also transformed into the most powerful version of himself yet. Gaining so much insight into his own life was certainly painful, but it was still what ultimately led him to saving reality. That and a very steady pair of hands, of course.

KEEP READING: The Obscene Horrors of Marvel’s Most Powerful Avenger (and Why He Hid Them), Explained