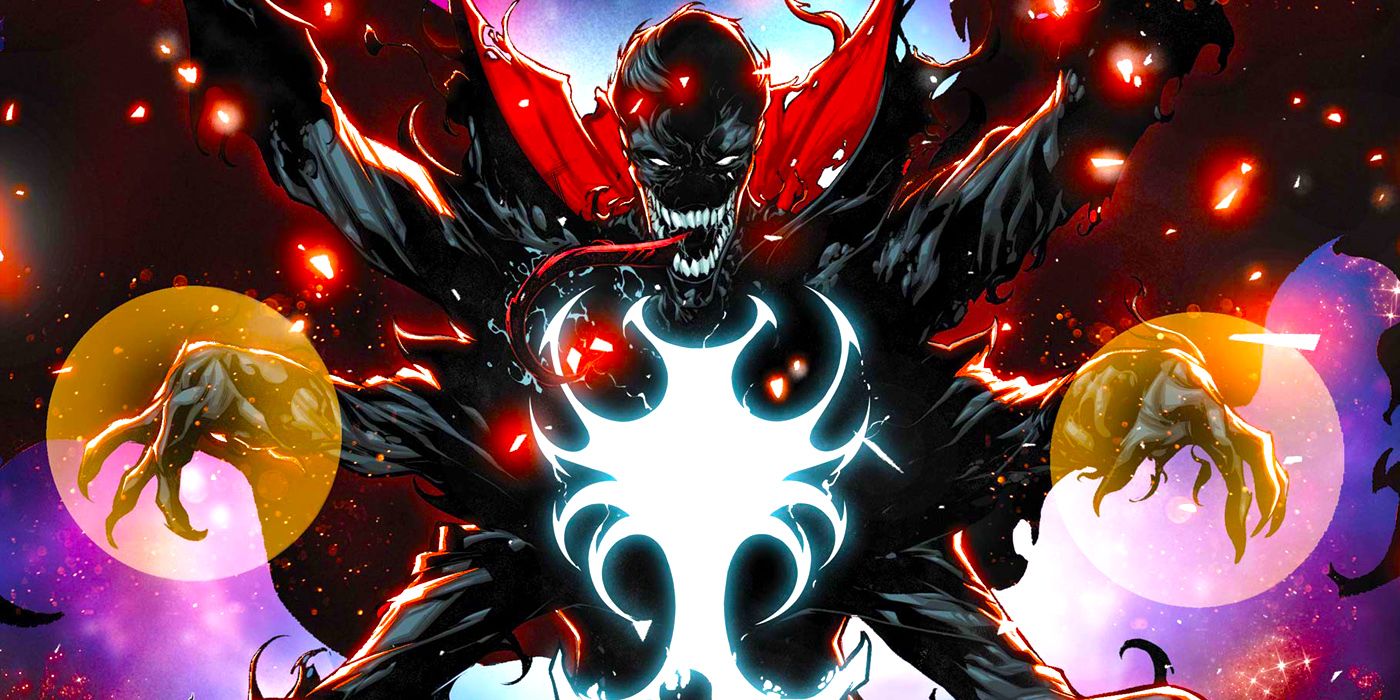 WARNING: The following contains major spoilers for The Death of Doctor Strange #3, on sale now from Marvel Comics.

The world has been rocked by the murder of Doctor Strange in his own home. As a result, several of his mystical enemies have now come to Earth, although they aren’t nearly as big of a problem as what followed. The Three Mothers, a trio of grotesque, infinitely powerful monsters have arrived looking to cull the world of its magic users. This isn’t just a case of wanton slaughter, however, as the Three Mothers are acting in the service of the Peregrine Child, who at this point appears to be the most horrifying mystical threat that the Marvel Universe has ever seen.

Following the Avengers’ first disastrous encounter with the Three Mothers, the team has gathered together with Clea in the hopes that she can shed some light on what they are up against. In The Death of Doctor Strange #3 (by Jed MacKay, Lee Garbett, Antonio Fabela, and VC’s Cory Petit), she explains that the Three Mothers have led campaigns across various dimensions, felling kingdom after kingdom in their quest to feed their child. Described by Clea as “The apex predator of the magical food chain,” the Peregrine Child hungers for powerful mages and mystical beings such as Clea and the other enemies of the Sorcerer Supreme who have fled to Earth. 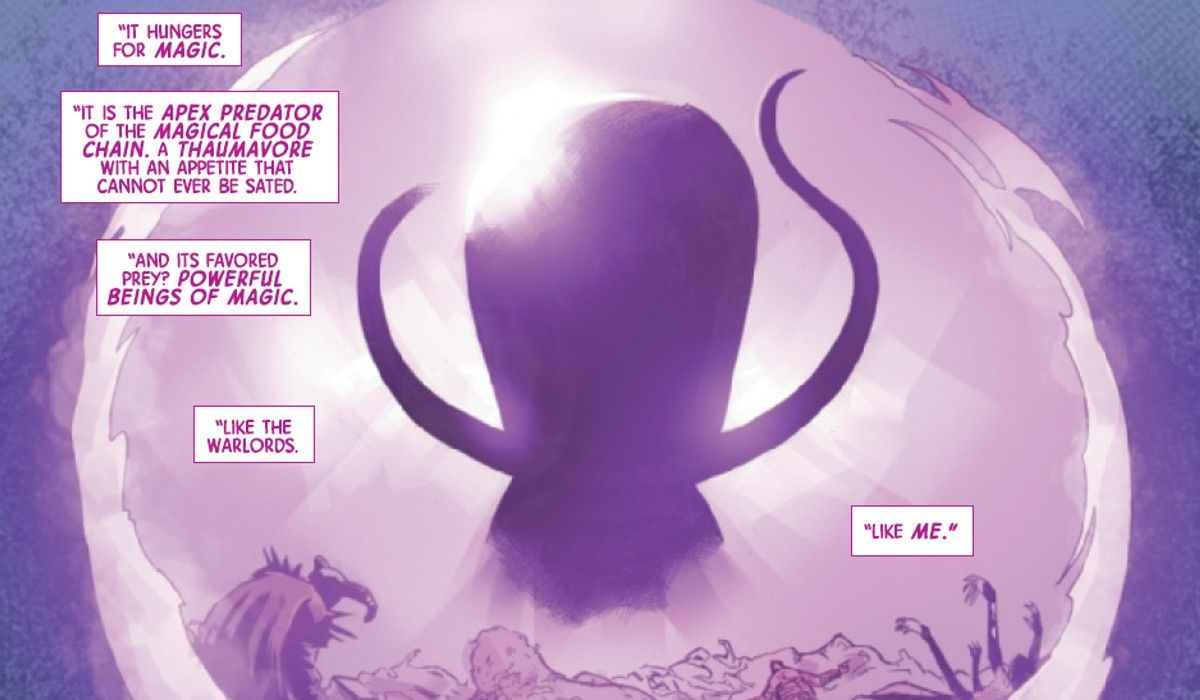 Clea paints the Peregrine Child as the mystical equivalent of the world devouring Galactus. While the Devourer of Worlds has long been responsible for the annihilation of entire planet’s throughout the cosmos, the Peregrine Child is from beyond the bounds of Earth’s dimension, and has wrought tragedy across every reality it has come across.

With the powerful Three Mothers acting as both its heralds and caretakers, the Peregrine Child isn’t directly responsible for the destruction. It is unknown whether or not the Child can comprehend the horrors of its own existence. Regardless, the heroes of Earth are tasked with pushing back the threat, especially now that the Three Mothers have begun laying waste to the interdimensional warlords who have come to Earth seeking safety. 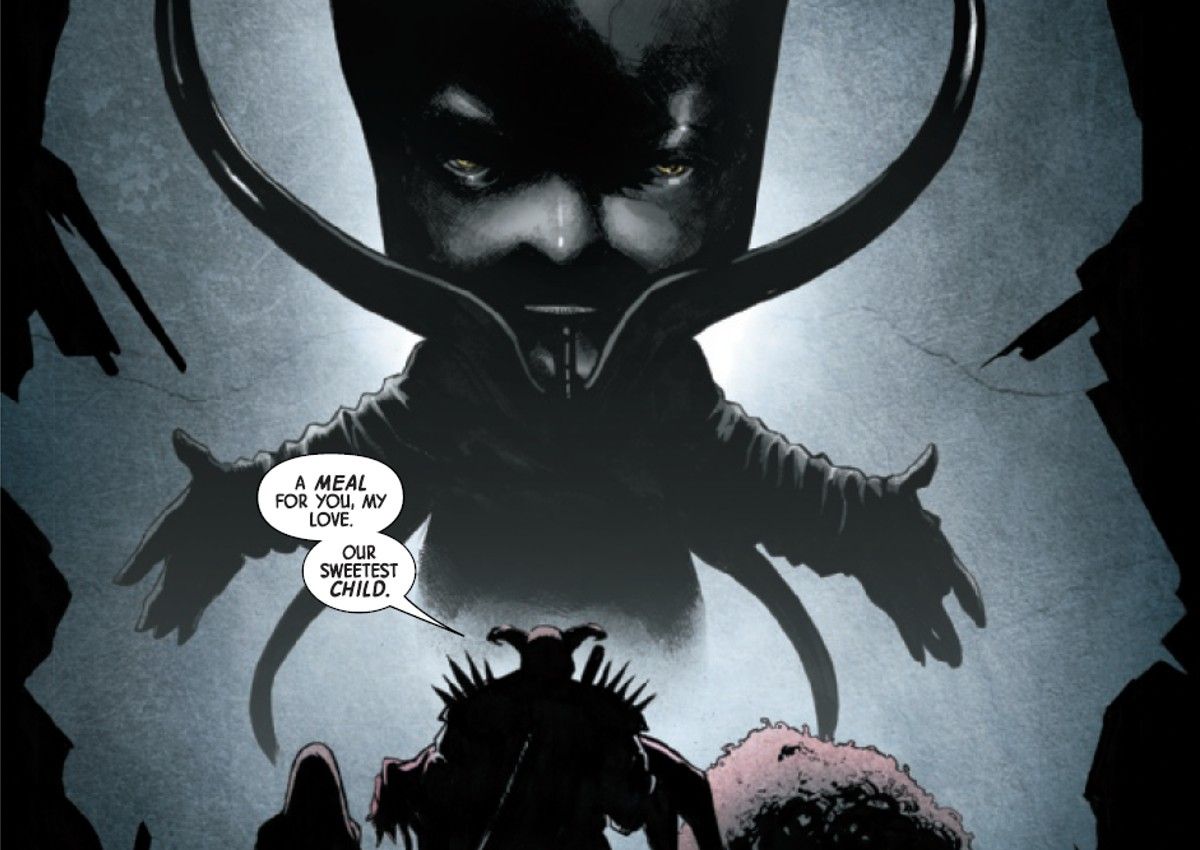 The Avengers might not be strangers to the sort of threat that the Peregrine Child poses, but that doesn’t mean that they are prepared or equipped for the battle that lingers ahead. Without the power and help of the Sorcerer Supreme, the heroes lack the resources to effectively strike back against such a powerful mystical threat.

Luckily, Clea is able to provide some much needed intel about the situation at hand, although even she isn’t confident that the Three Mothers can be turned back without the help of Strange. If some way of countering the threat isn’t uncovered quickly, Marvel’s magic users may face the unsavory reality of becoming the Child’s next meal.

KEEP READING: Marvel Has a Perfect Way to Bring Doctor Doom to the MCU – Without the Fantastic Four