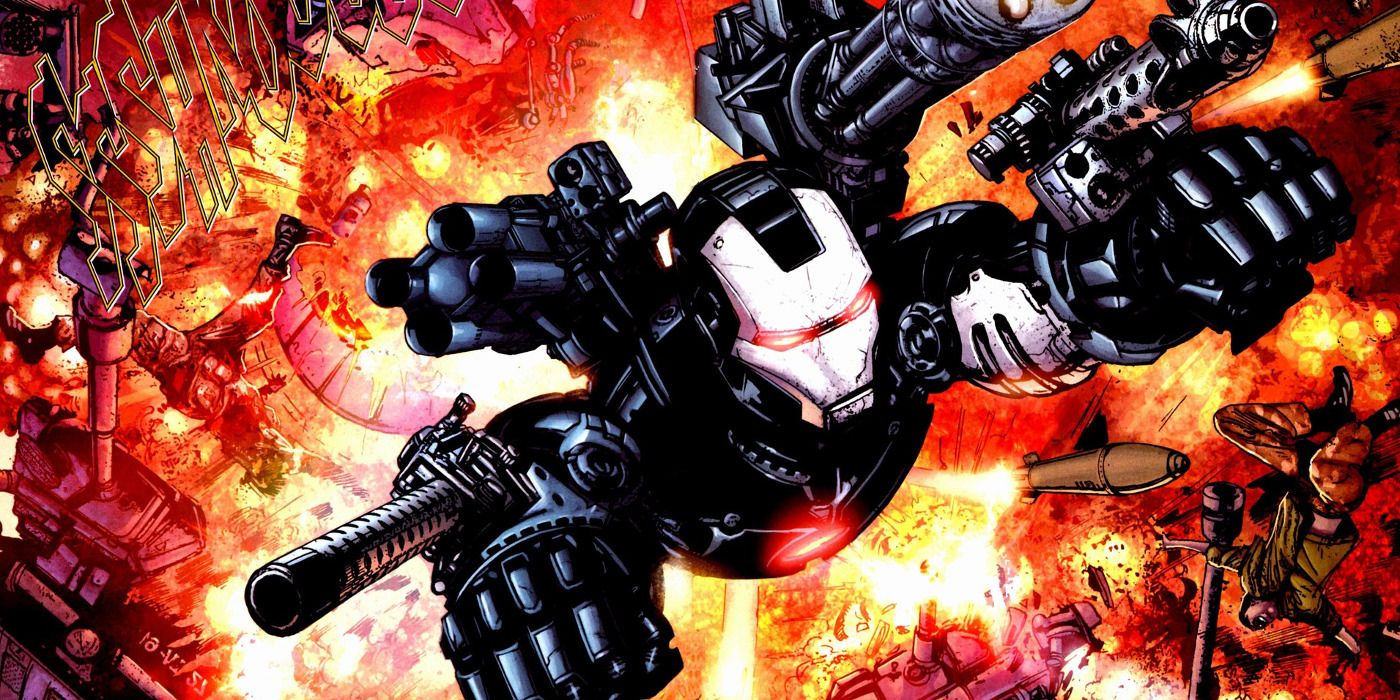 When people see the heroes of the Marvel universe, they see bright suits, wondrous powers, and unwavering bravery. But what people don’t often see are the hard decisions that many superheroes are forced to make every day.

These decisions impact the fates not just of the heroes themselves, but sometimes of the entire world. James “Rhodey” Rhodes, the War Machine, made such a decision that not only affected the planet, but also left him with blood on his hands.

Related: Armor Wars Will Explore War Machine’s Past and Future 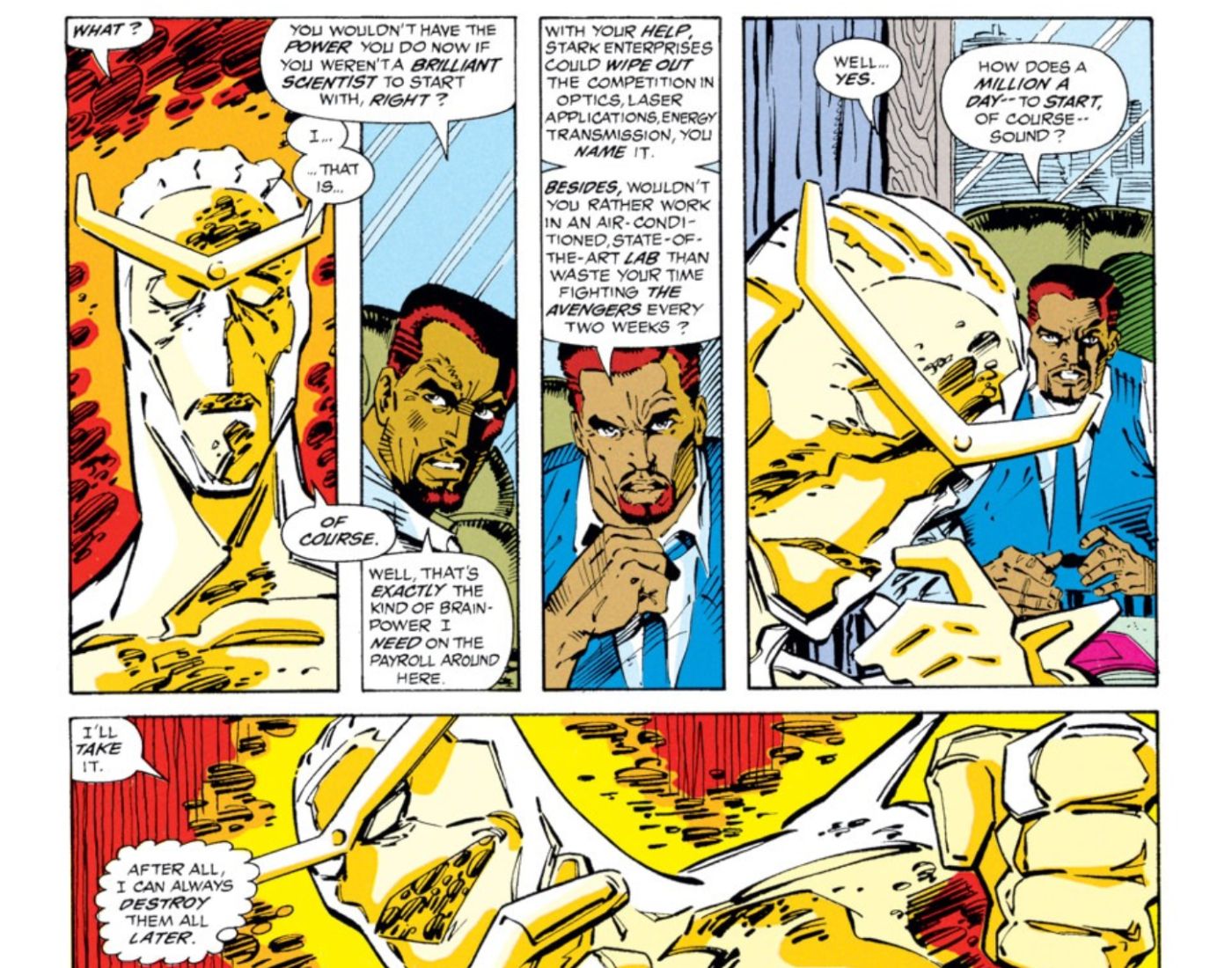 In 1993’s Iron Man #289 by Len Kaminski, Tom Morgan, and Brad Vancata Tony Stark is dead. At least, that’s what most people believe. After being infected with a techno-organic virus by the mad Kearson DeWitt, Tony Stark was on Death’s door, unable to act as either Iron Man or CEO of Stark Industries. Stepping up to fill the gap left by Iron Man, Rhodey donned his War Machine armor and became the CEO of Stark Industries.

It was during this chaotic time at Stark Industries that the villain Arthur Parks, better known as The Living Laser, crashed into Rhodey’s office and proclaimed he wanted to kill Tony Stark. The Living Laser was a villain who had tangled with Iron Man and the Avengers in the past. He is generally regarded as a C-List villain, but had undergone a terrible transformation that turned his regular human body into a sentient photonic mass. Staring the madman in the face, Rhodey blindsided him… with a job proposal.

RELATED: How War Machine ALMOST Took Down an Omega-Level Mutant

Rhodey told The Living Laser that he fired Iron Man and could use a new mind at Stark Industries. Taken completely off guard by the generous offer, Living Laser followed Rhodey deep into the building’s labs, absolutely astounded by the power of the technology around him. The Living Laser’s astonishment turned to hatred instantly as he turned around to find Rhodey in a highly reflective War Machine suit, specially designed to render The Living Laser’s light attacks useless. A brief, but intense fight erupted, but ended as quickly as it began. The machine effectively de-atomized The Living Laser and shot his remains far into the Andromeda Galaxy. 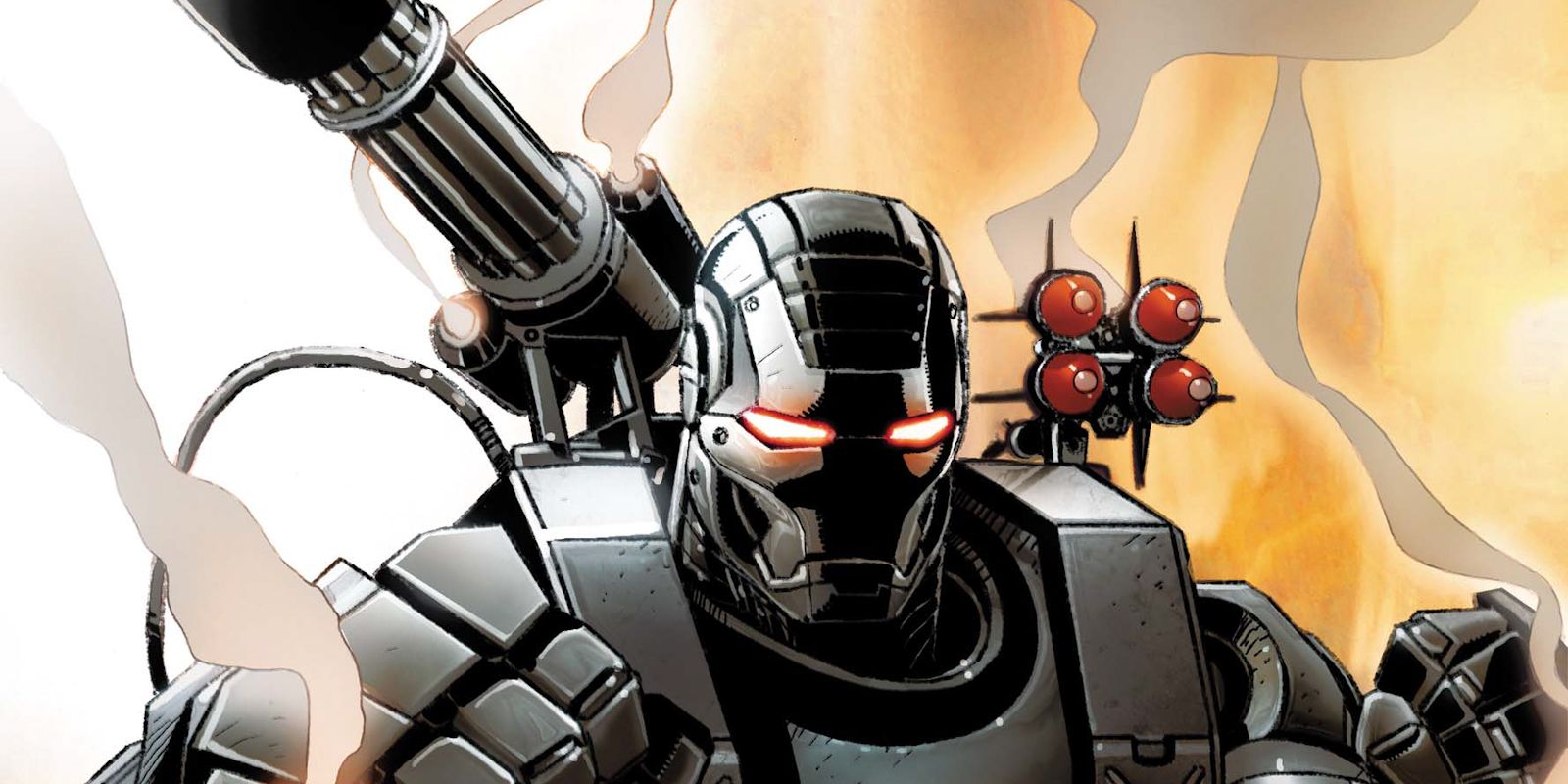 What’s fascinating about Rhodey’s decision, even after all the years since it was first published, is that it’s still an action worth debating. A cornerstone of the Avengers’ philosophy is the idea of redemption. A villain can’t always undo their past crimes, but they can dedicate the rest of their days to making the world a better place. Was The Living Laser a villain worth the risk?

The amount of good he could have done for the world was incalculable. If perhaps he had fully turned over a new leaf and become a hero, then he would have been a mighty addition to the Avengers’ ranks. But what if he misused Stark tech and increased his power to catastrophic levels? What kind of threat could he have become? 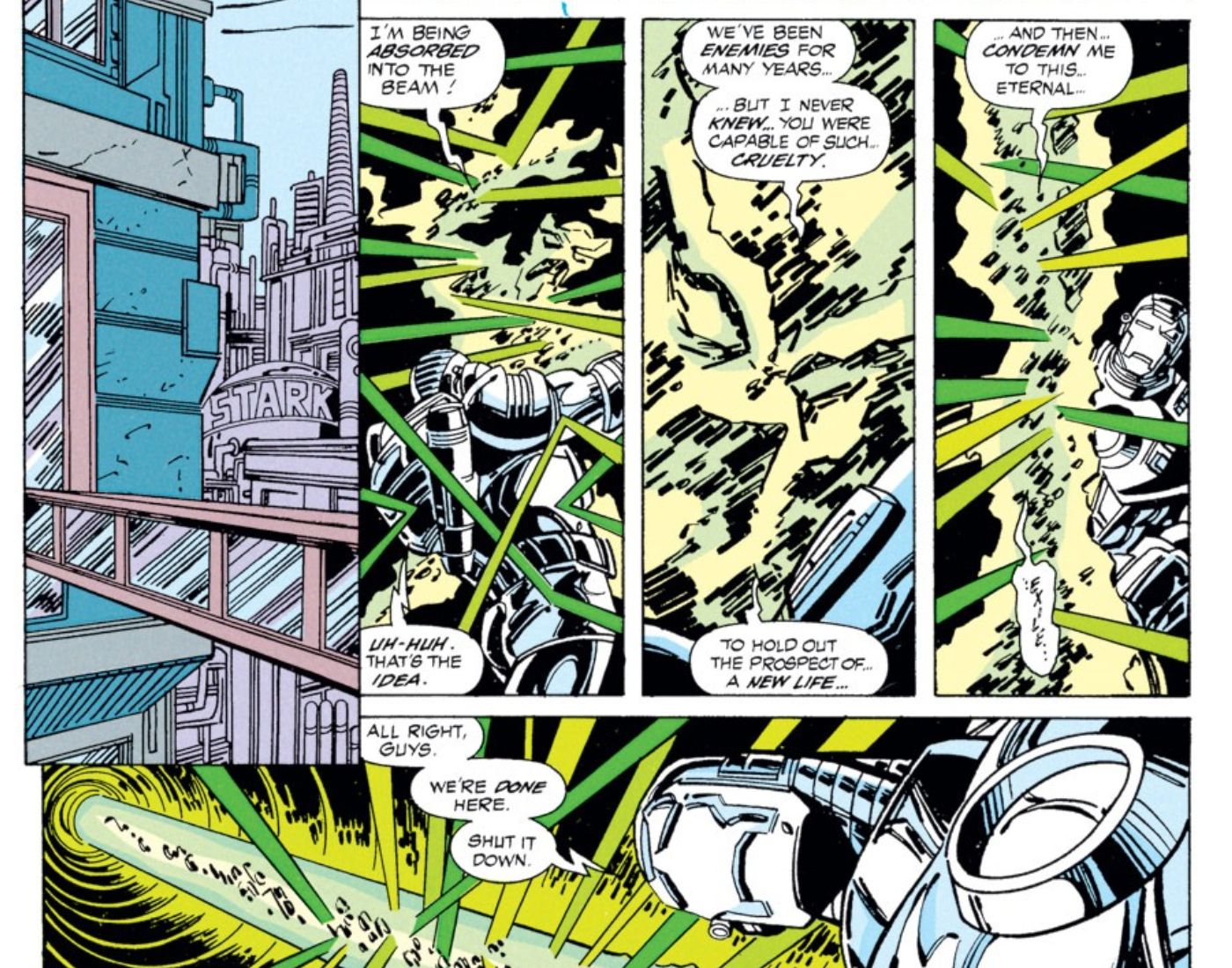 Rhodey was forced to make a terrible choice without any time to consider it. His gut instinct told him to incapacitate The Living Laser as quickly as possible. In Rhodey’s defense, the villain’s first thoughts were how powerful he could become using Stark Tech. After all, the only reason they even met that day was that The Living Laser came to kill Tony Stark.

Laser’s protests at being lied to were hypocritical, yes, but also not without some merit. This debate, and the results that would have rippled out from either of Rhodey’s decisions, is the dark side of super-heroics that many people never see. The Avengers are heroes but their actions don’t always leave them feeling heroic.

Keep Reading: Marvel’s ‘Superior’ Iron Man Was a Scumbag – But He May Be Worse in the MCU

The Matrix Resurrections Is Most-Pirated Movie of the Week