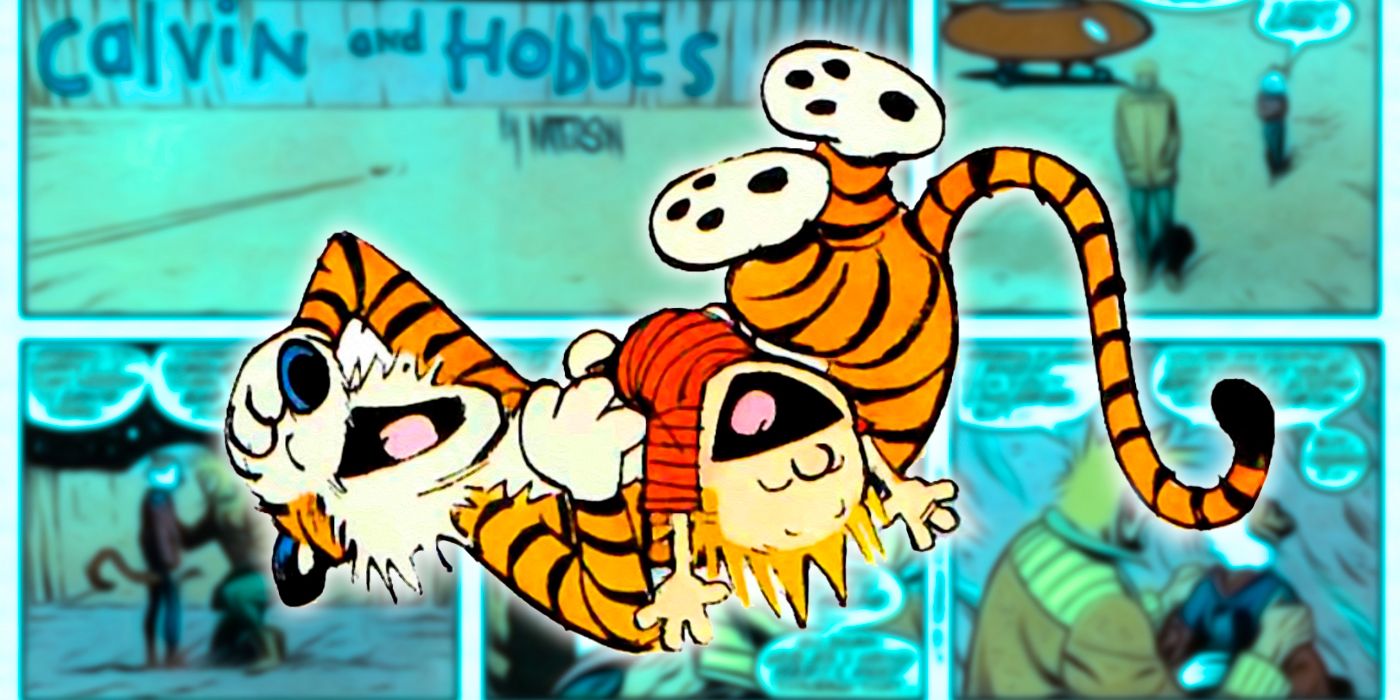 Welcome to Comic Book Legends Revealed! This is the eight hundred and eighteenth installment where we examine three comic book legends and determine whether they are true or false. As usual, there will be three posts, one for each of the three legends.

Alan Moore and Dave Gibbons did a fill-in Calvin and Hobbes comic strip.

Earlier this month, the following bit was shared around social media:

27 years ago, the infamous November 14, 1994 colour strip of Calvin and Hobbes ran in various newspapers, the sole strip of the series not written and illustrated by strip creator Bill Watterson. It was also the first and only colour strip to be created by legendary comic writer Alan Moore and artist Dave Gibbons, who were hired by Universal Press Syndicate to capitalize on the popularity of the strip while Watterson was on his second 9-month sabbatical from April 4th-December 31, 1994. It was treated with disdain by longtime fans, who felt that it’s darker tone went against the fundamentals of the strip, and was heavily derivative of Moore and Gibbons previous work at DC Comics. Watterson himself, who as we all know, is fiercely protective of integrity of Calvin and Hobbes, was furious with Universal Press going behind his back to produce this, and as a result, all remaining prints of the strip at the syndication offices were destroyed and has been omitted from the Calvin and Hobbes collections that have been released throughout the years. 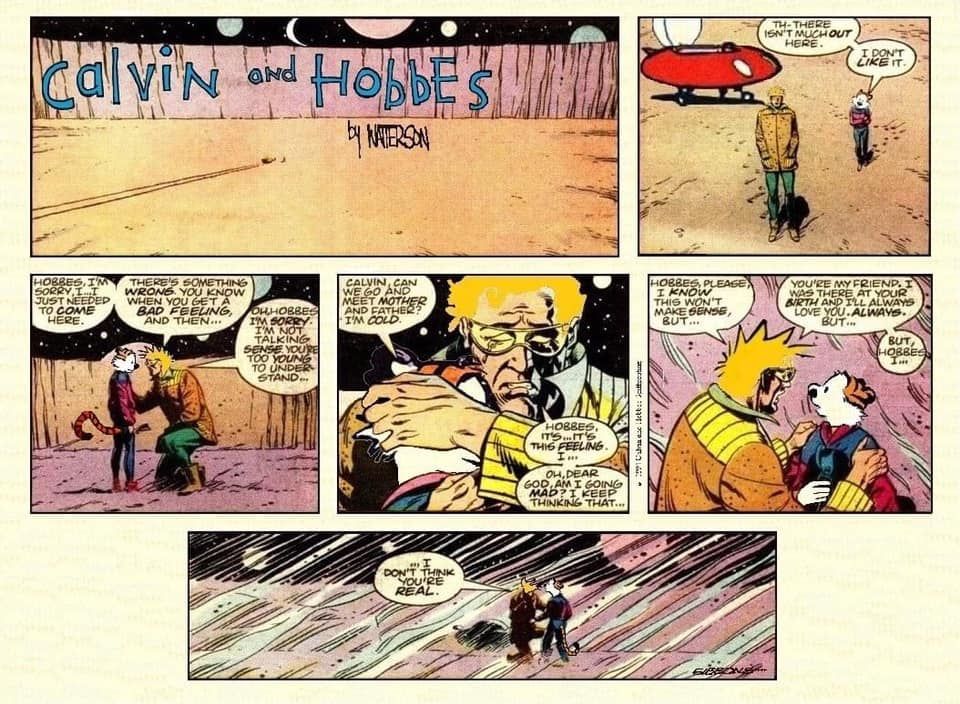 Bill Watterson is famously protective of his most famous characters, having chosen to fight against licensing them for toys or other merchandize (and he took this stance when he technically did not have the contractual right to do so, but ultimately, his Syndicate valued keeping him happy over the income it would have received from the merchandising, which was quite the risk for Watterson to take considering the syndicate COULD have replaced him on the strip in theory) and he has even spoken out against wanting to have an animated adaptation of his work, explaining to Mental Floss, “The visual sophistication of Pixar blows me away, but I have zero interest in animating Calvin and Hobbes. If you’ve ever compared a film to a novel it’s based on, you know the novel gets bludgeoned. It’s inevitable, because different media have different strengths and needs, and when you make a movie, the movie’s needs get served. As a comic strip, Calvin and Hobbes works exactly the way I intended it to. There’s no upside for me in adapting it.” 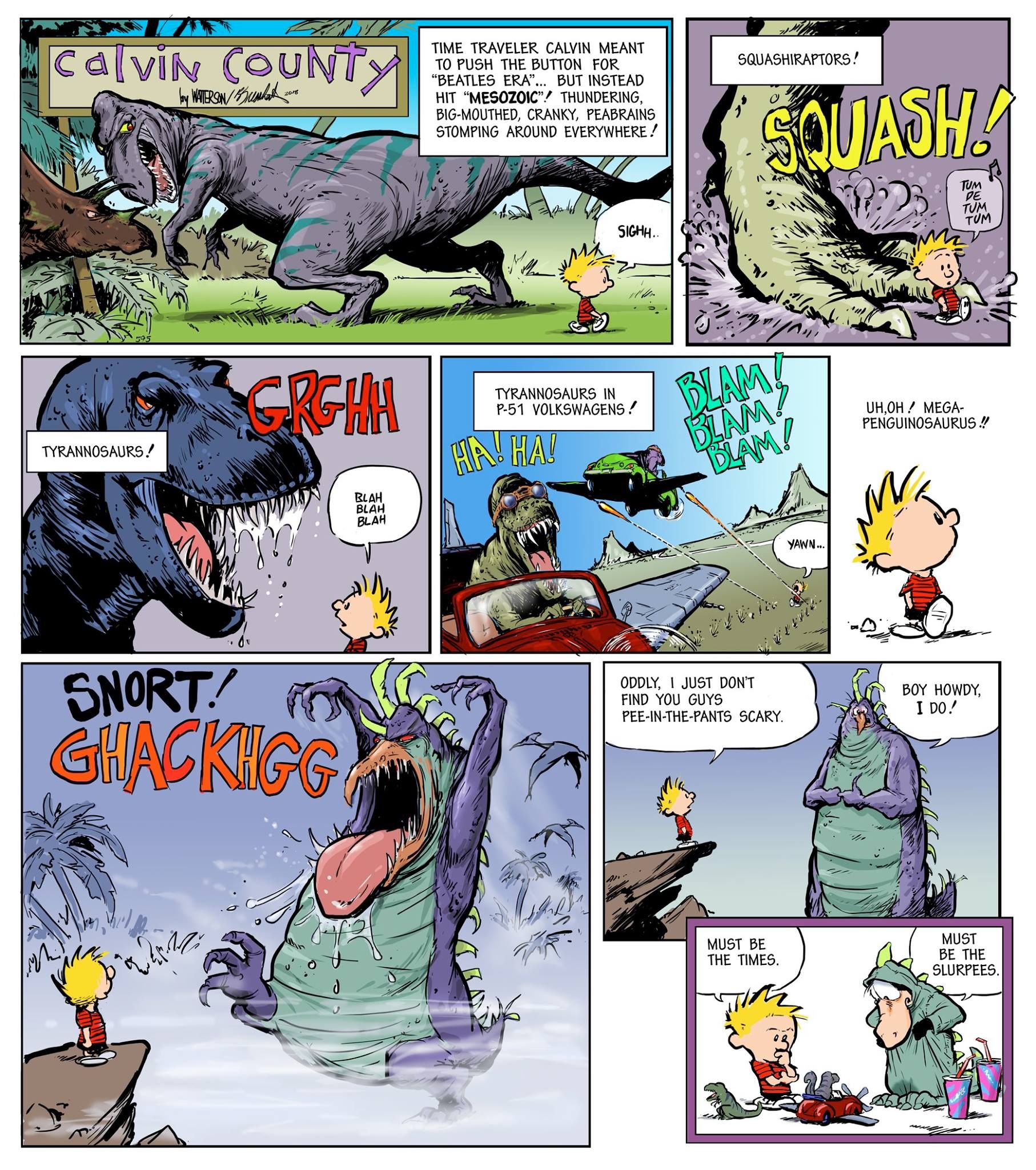 Breathed then had a whole long story arc earlier this year using a lost Hobbes in the Bloom County.

So it isn’t outside the realm of possibility that Watterson might have allowed Moore and Gibbons to do some sort of Calvin and Hobbes riff back in 1994. However, it is not true. It is just a clever internet hoax.

First off, simply put, here is the actual Calvin and Hobbes comic strip that ran on November 14, 1994…

So the whole thing is really just false on the face of it all, as there WAS no fill-in strip for Watterson. Like I said, he allowed his friend Breathed to use his characters, but he never had other people fill in for him on his strips (nor did Watterson’s idol, Charles Schulz, despite that also having a number of Comic Book Legends Revealed about it, especially one about Al Plastino’s alleged “back-up Peanuts strips” that were not actually intended as back-up strips).

Secondly, the alleged comic strip is clearly just an edited page from Moore and Gibbons’ classic Superman Annual #11 story, “For the Man Who Has Everything,” where Superman is sort of held captive on his birthday by the Black Mercy, a plant that traps people within their fondest desire. In the case of Superman, it was that Krypton was never destroyed. However, being such a strong person, Superman fights back against this “perfect world,” making it sort of nihilistic, almost, while also having to come to terms with the fact that his family is likely not actually real… 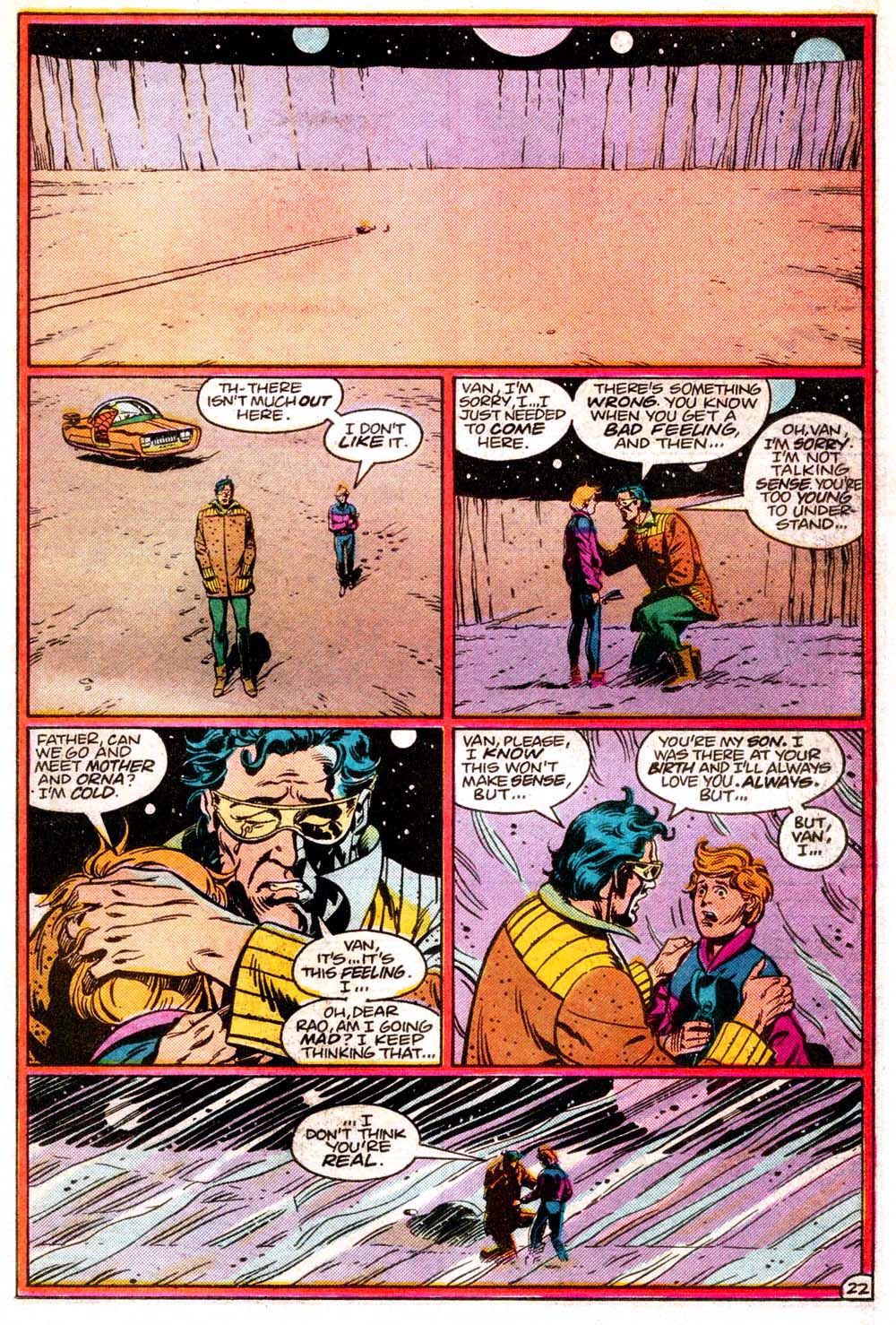 As far as hoaxes go, this one was pretty good, as it used the older paper to good effect, to make it seem like it really was showing an old comic strip from 1994 that had been clipped decades ago. Of course, if you knew Superman Annual #11, it would have been obvious right away, but still, all told, it was a nicely done, clever hoax.

Check out some other entertainment and sports legends from Legends Revealed:

1. Did Tom Selleck Force Blue Bloods to Reverse a Character Being Written Off the Show?

2. Did W.C. Fields Really Insult Philadelphia On His Gravestone?

3. Were the Rolling Stones Playing “Sympathy for the Devil” When A Crowd Member Was Killed at Altamont?

4. Did a Poster Company Airbrush a Cigarette Out of the Abbey Road Album Cover?

Check back later for part 2 of this installment’s legends!

KEEP READING: Did DC Lose the Trademark to Superman’s “Truth, Justice and the American Way?”

Pokemon Finally Brings Serena Back to the Anime After Six Years