Wilson Fisk’s stranglehold on New York City has long been the only thing that the former Kingpin of Crime ever cared about. Thankfully, Fisk’s position as mayor of the city has given him the chance to wage his own personal war on every masked vigilante that poses a threat to his reign. As it turns out, the heroes are not the ones he needs to be worried about, as Otto Octavius has just proven that he is actually the biggest threat to everything that Wilson Fisk has been working towards.

Wilson Fisk’s crusade against the heroes of his city has been effective so far. While he has managed to take down some of his most capable enemies, that doesn’t get Fisk any further to winning his reelection bid. To that end he has imprisoned and weaponized Zebediah Killgrave aka the Purple Man. With the help of Doctor Octopus, Fisk has effectively weaponized Killgrave’s powers. It isn’t enough to outright control the city’s populace, but it will ensure he remains in office. Unfortunately for the former Kingpin, it won’t help save him from the man who put that plan into work. As revealed in Devil’s Reign #2 by Chip Zdarsky, Marco Checchetto, Marcio Menyz, and VC’s Clayton Cowles, the classic Spider-Man foe has gone to great lengths to keep himself out from under Wilson Fisk’s control.

RELATED: Kingpin’s Big Plan Rips Off Another Marvel Villain – Here’s Why This Time Might Work 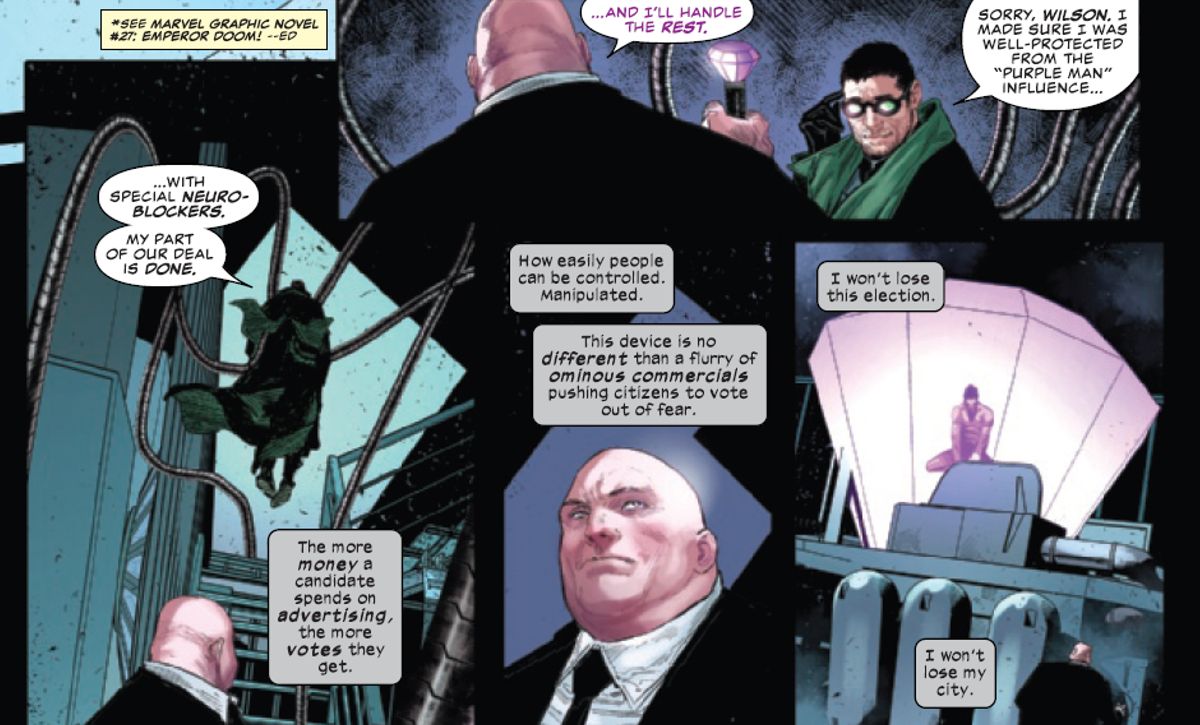 Doctor Octopus has made himself immune from the Purple Man’s powers, though that is hardly the only thing Wilson Fisk should be worried about. When Fisk first launched his ongoing assault against the city’s heroes, Doc Ock was one of the villains he enlisted to help rein in none other than the Fantastic Four. Taking down Marvel’s First Family wasn’t just a win for Fisk’s Thunderbolt Units, however. It also left Otto Octavius in control of Reed Richards’ laboratory and everything inside of it.

With Reed’s impossible technology at his fingertips, Doc Ock has assembled an army of superpowered horrors. Otto is clearly smart enough to work towards his own goals from the shadows, and in doing so he has set himself up to take over if the former Kingpin is defeated. It isn’t likely that Doctor Octopus would lead an attack on the Fisk personally. He is, on the other hand, absolutely prepared to pick up whatever pieces the competition leaves behind. There is also the concern that Doc Ock was the one who gave Fisk control over the Purple Man’s powers in the first place. Fisk is still wielding that power for now, but there is no reason to think that it couldn’t be taken away if Otto wanted to.

RELATED: Marvel Confirmed Why an Abandoned Netflix Hero Is Actually Its Best Leader 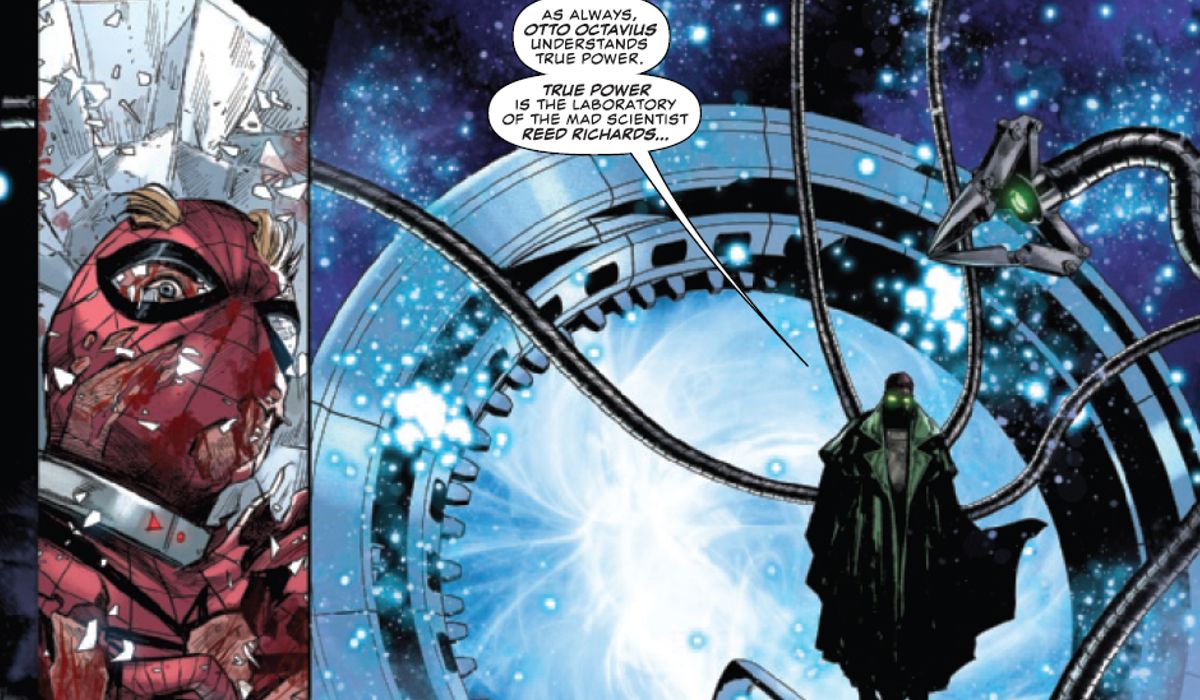 It’s also hard to imagine that Doctor Octopus would be going to such great lengths without some grander scheme already in motion. Assuming that’s the case, Wilson Fisk and his Thunderbolts will be the last of anyone’s concerns before very long.

Nintendo Switch Getting One of the Best Xbox 360 Games

How Long Was Roman Reigns’ Entrance at WWE SummerSlam 2022?