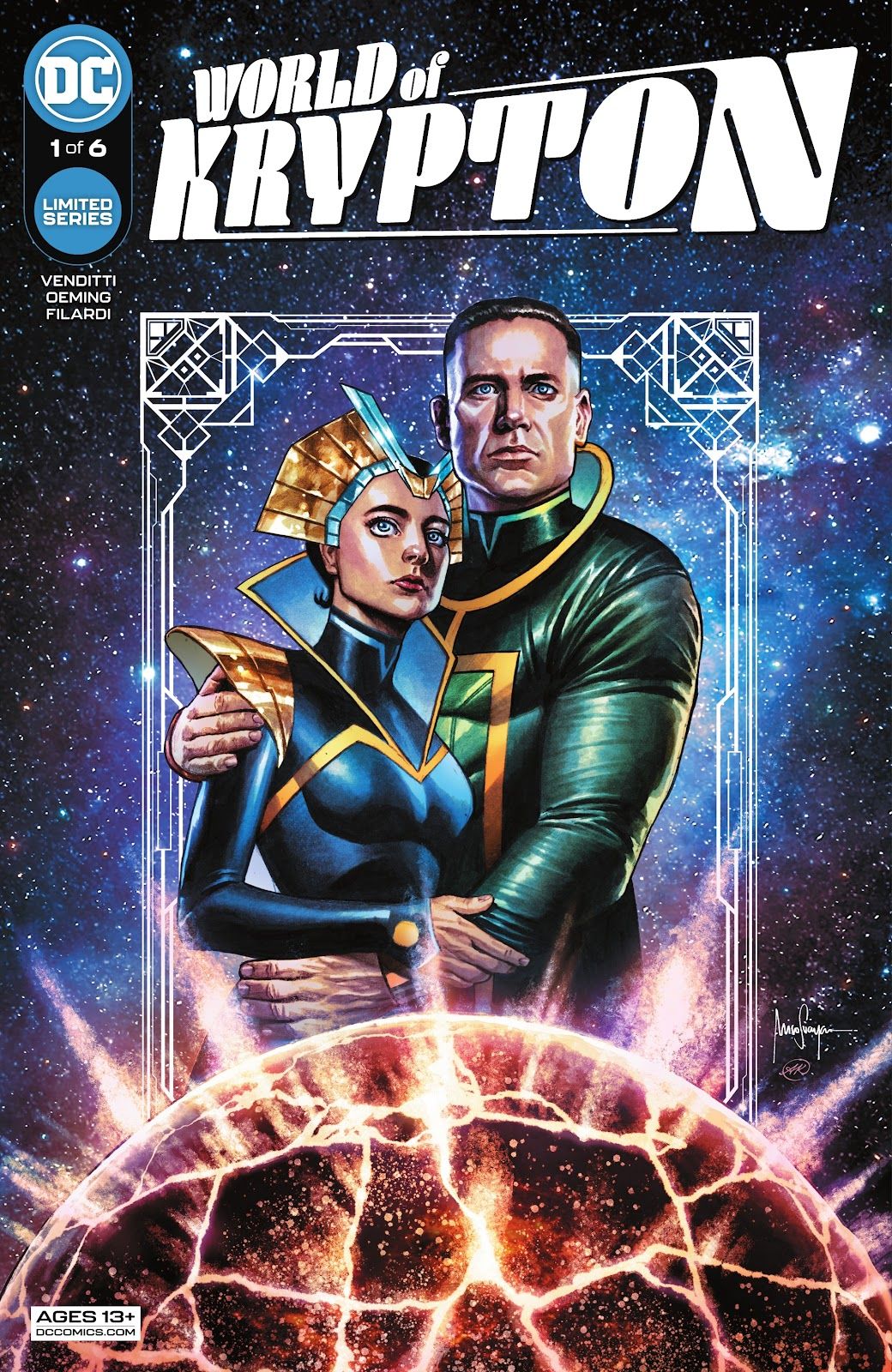 The World of Krypton title has a storied history in the comic book world. The first World of Krypton miniseries was published in 1979 and detailed the rise of Jor-El as the leading scientist on Krypton and the eventual destruction of the planet with appearances from notable Kryptonian characters. World of Krypton has since been reprinted, translated, and retconned on numerous occasions. 2021’s World of Krypton #1 is a modern retelling of the final days of Krypton, once the crown jewel of planets in the DC Comics universe.

Written by Robert Venditti and drawn by Michael Avon Oeming, World of Krypton #1 is a politically charged debut issue. The story opens with scientist Nira-ur researching thought-beasts in the wild and stumbling into a mass extinction event. Meanwhile, Jor-El and his wife Lara prepare for their niece’s naming ceremony. Their party is being attended by the who’s who of Krypton. As the guests mingle and the comic introduces characters one by one, Nira-Ur takes Jor-El aside to inform him of her distressing findings. But their discourse has to take a backseat as another nefarious plot soon comes to light. 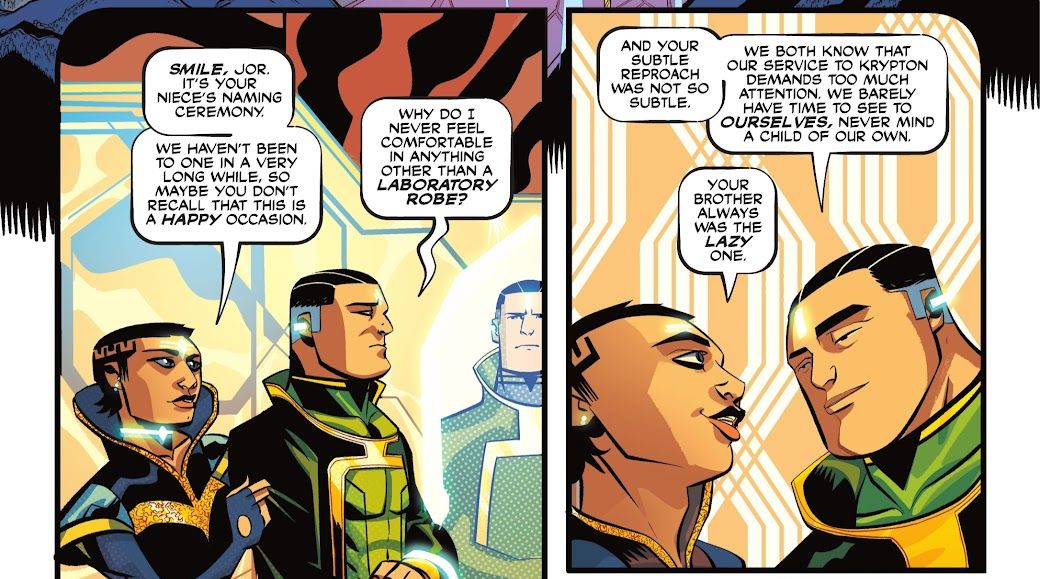 Venditti is renowned for crafting intricate storylines with political subtexts and heavy action, as seen in Valiant Entertainment’s X-O Manowar. World of Krypton #1 reels readers into its stories with intrigue. World of Krypton #1 is heavy on exposition, using the backdrop of the story’s ceremony to acquaint the readers with the main players in Krypton’s upper echelon, powerful houses capable of changing the fate of the world. Most of the plot is weighed down with heavy dialogues and little action. However, the twist at the end of the story makes an intriguing finish.

World of Krypton #1’s artwork gives a neon-infused spin to the Kryptonian elite. Oeming uses bold inking techniques to create depth for his illustrations. However, the cartoonish appearances of the characters juxtaposed against a serious setting may offset the visual experience for readers. But it’s worth noting that the intricate geometrical patterns in the background — resembling alien languages — coupled with the dynamic panel work creates a unique vibe. Colorist Nick Filardi predominantly uses yellow and pinkish hues as the base colors of the panels to give the book a soothing ambiance. The dotted effect he uses to create shadow gradients can be distracting and doesn’t match Oeming’s bold lines. 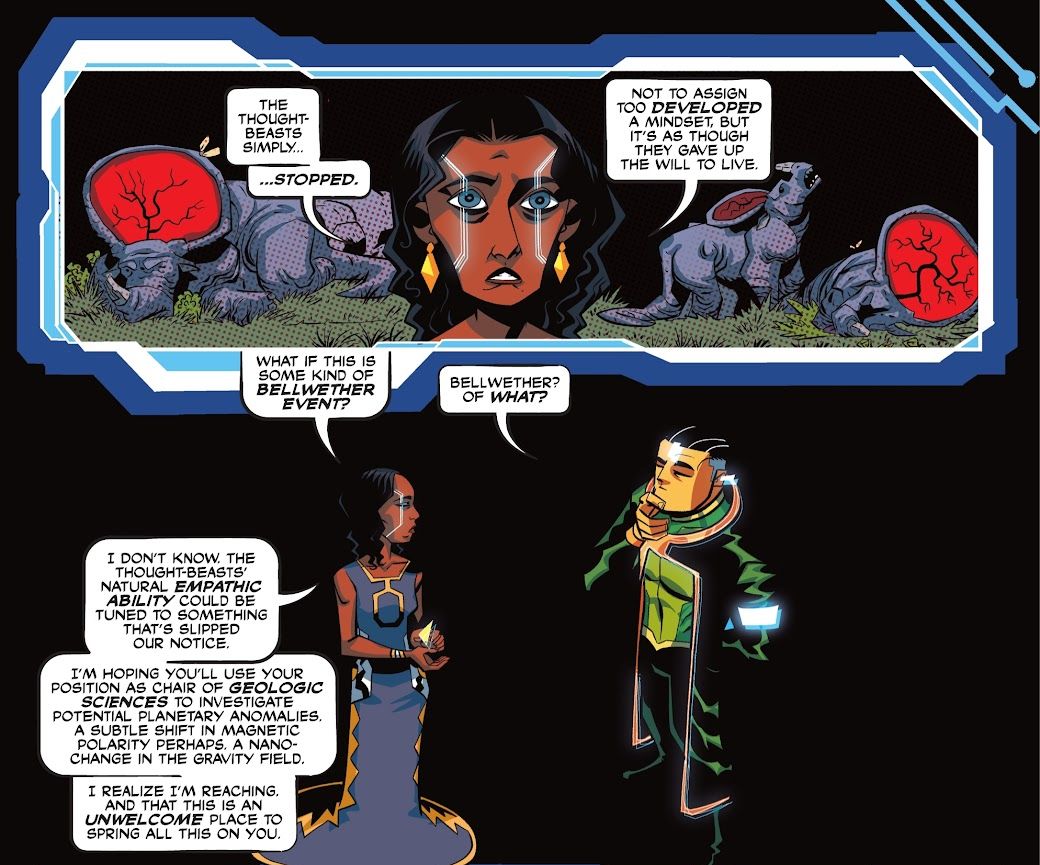 The World of Krypton relaunch is still in its infancy, but its debut issue has already begun to reveal traces of its story’s central themes — regarding partisanship and environmental destruction. Past iterations of the title were more adventure-minded. The modern rendition intends to attract the curiosity of fresh viewers while also contributing to the already rich mythos of the Man of Steel’s birth planet. World of Krypton #1 is a well-paced issue, and only time will tell if it is as popular as its predecessors.