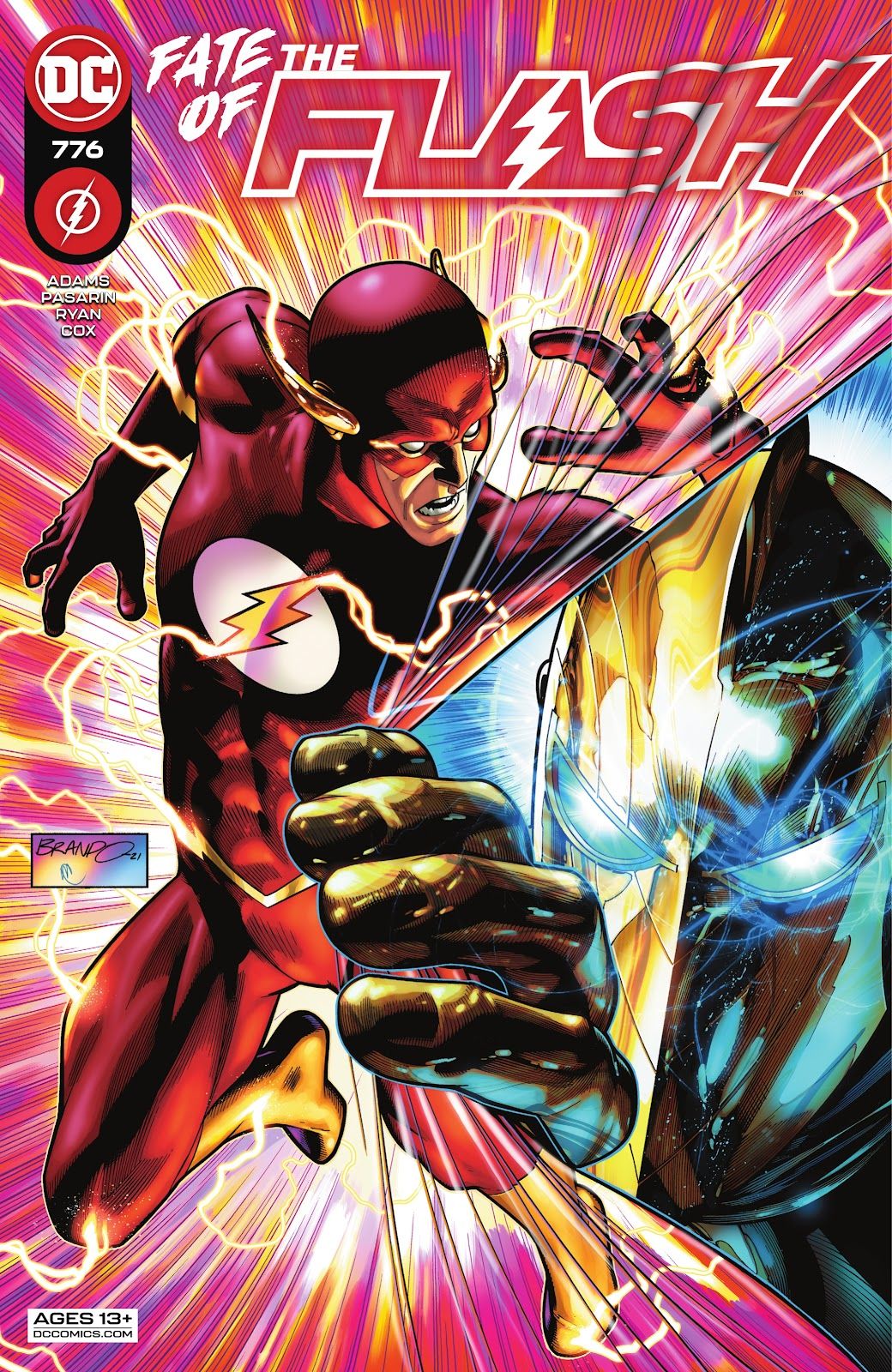 Wally West is The Flash, the fastest man alive. Tapping into the infinite powers of the Speed Force, Wally can do incredible feats of speed, making him one of the most powerful beings in the DC Comics universe. In the previous issue of The Flash, Wally struggles in vain to check the sinister Eclipso in his spear prison. But all is not lost as Doctor Fate arrives to take Flash to meet the Justice League Dark and Princess Amethyst on Gemworld and put a stop to Eclipso’s evil plans. But, they must travel through a two-dimensional causeway filled with demonic forces called the In-Between. To reach their destination, the heroes need the reader’s help.

Written by Jeremy Adams with pencils from Fernando Pasarin, The Flash #776 is a meta-journey that takes The Flash and Doctor Fate through perilous planes filled with nightmarish monstrosities. Doctor Fate arrives with Flash in the In-Between and explains the perils of their venture. He asks for help, imploring that he requires guidance in this plane where their powers don’t work. When Flash asks how they can escape, the good Doctor breaks the fourth wall and addresses the reader directly. From here on, an adventure begins. 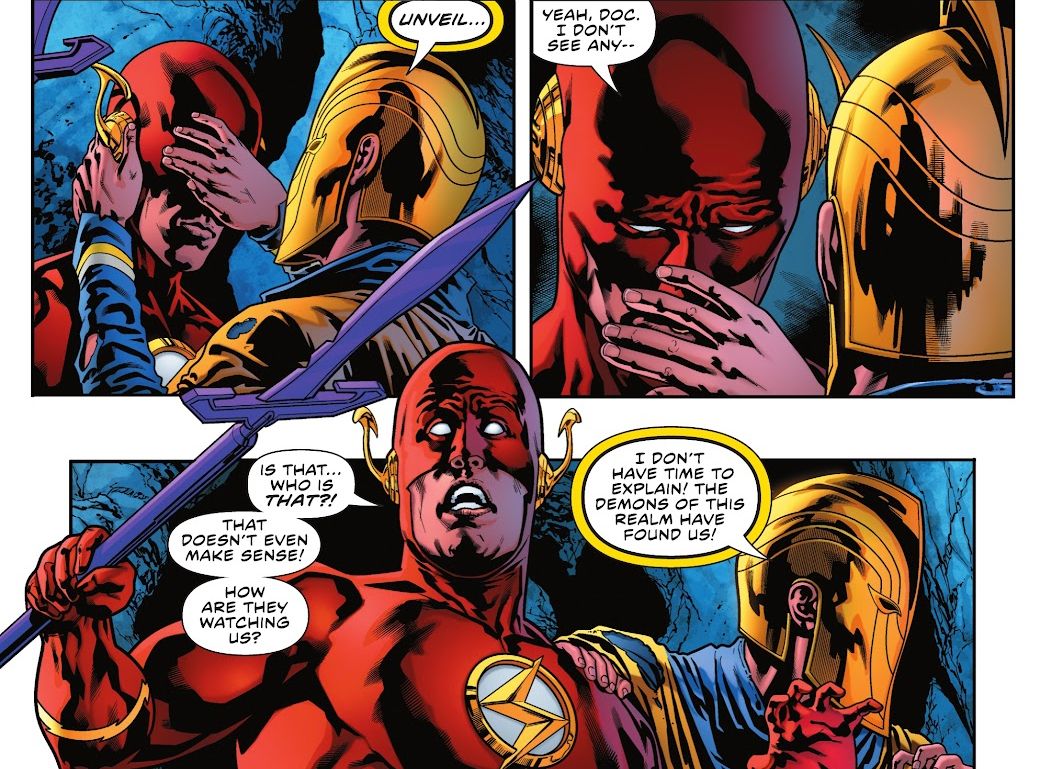 The Flash #776 puts Flash and Doctor Fate in a precarious position — without their powers and in a dark cavern where savage beings dwell. Writer Jeremy Adams molds the story in a way that ensures participation from willing readers and puts the onus of guiding the heroes to safety on their shoulders. The story has no exposition, neither does it spotlights one character over the other. But what it does well is string together a cohesive series of events that turns the audience into the leader of the story. However, such an enterprise makes the plot take a backseat and makes the issue feel like a filler, but it is thoroughly enjoyable.

Fernando Pasarin and inker Matt Ryan whip up expansive art that fills the page with strikingly detailed illustrations. Pasarin’s dynamic linework adds another dimension to this interdimensional story. From gritty cave passages to eerie corridors, the art shines in unique layouts of the splash pages and its Lovecraftian-inspired monster design. Even though the story takes place underground, Colorist Jeromy Cox doesn’t shy away from using a wide range of bright shades to illuminate the vast labyrinthine network of tunnels and chambers, giving the issue a fantasy feel. Cox, an industry veteran, gives a sense of depth with his color choices. 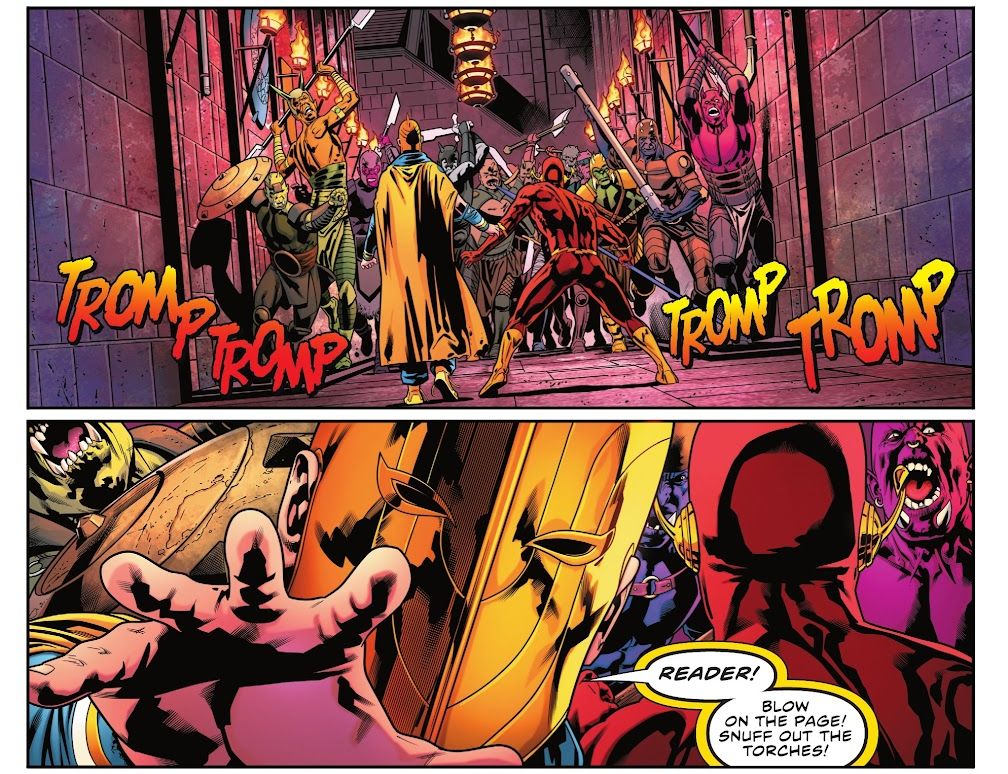 The Flash #776 is a fun-filled adventure that breaks away from the conventional comic book format and immerses the audience in its story. Even though breaking the fourth wall is nothing new, this particular style may remind readers of Grant Morrison‘s Animal Man or Pascal Jousselin’s Imbattable. The panel layout in this issue is phenomenal and meticulously designed to create an intricately detailed map in which the heroes sprint and vault. The Flash #776 ends with the reader helping the heroes find an interdimensional doorway to Gemworld along with a shocking reveal that is bound to bring readers back for the next issue.