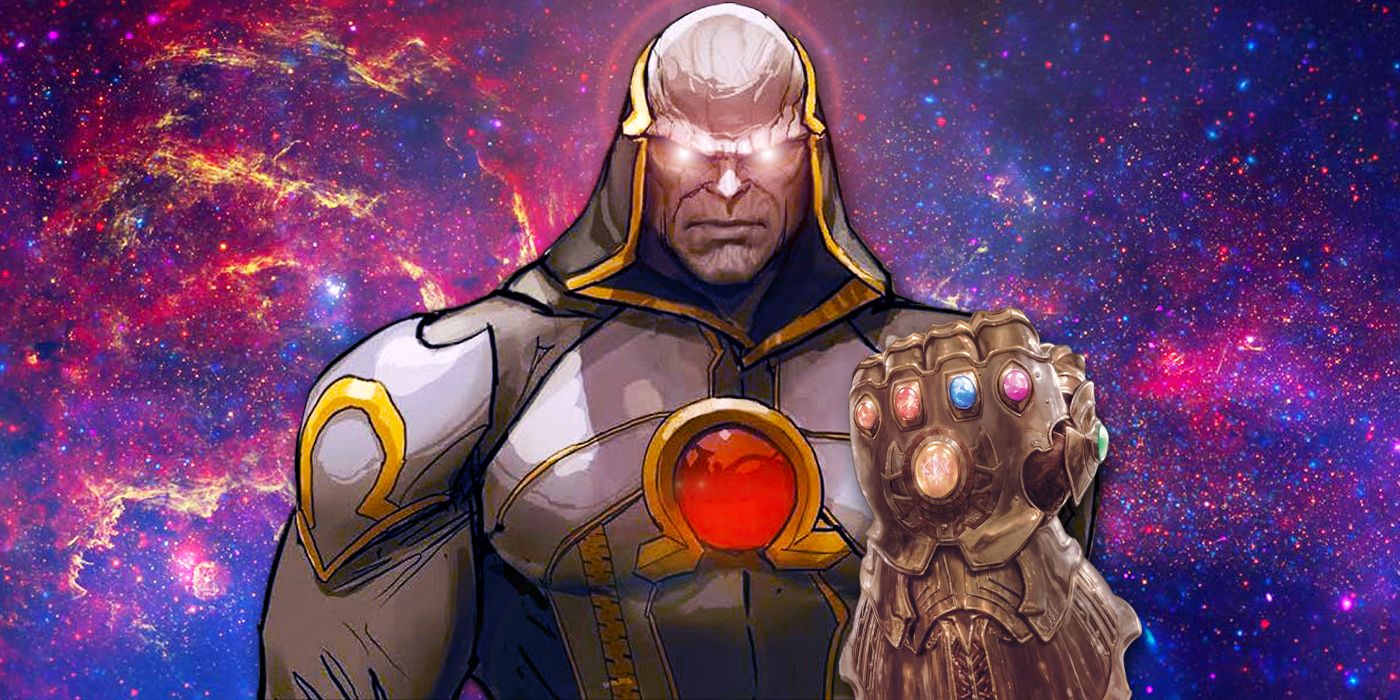 A battle between Darkseid and newcomer, Tartarus, has given the DC Universe its own version of the Infinity Gauntlet used by Thanos. In Justice League Incarnate #1 (by Joshua Williamson, Dennis Culver, Brandon Peterson, Andrei Bressan, Tom Derenick, and Hi-Fi), the Justice League of the multiverse traveled to Earth-8, where the universe was under siege from Tartarus and his forces.

The League’s attempt to solve the problem was thwarted when Darkseid appeared and proceeded to fight Tartarus for control over the crack in the multiverse. In doing so, Tartarus revealed his armor was forged from the ore of the eight emotional spectrum rings, making him a unique threat to Darkseid. Though obviously a parody, the power is still a formidable one. The question that needs answering is, how does it actually stand up to the Infinity Gauntlet? 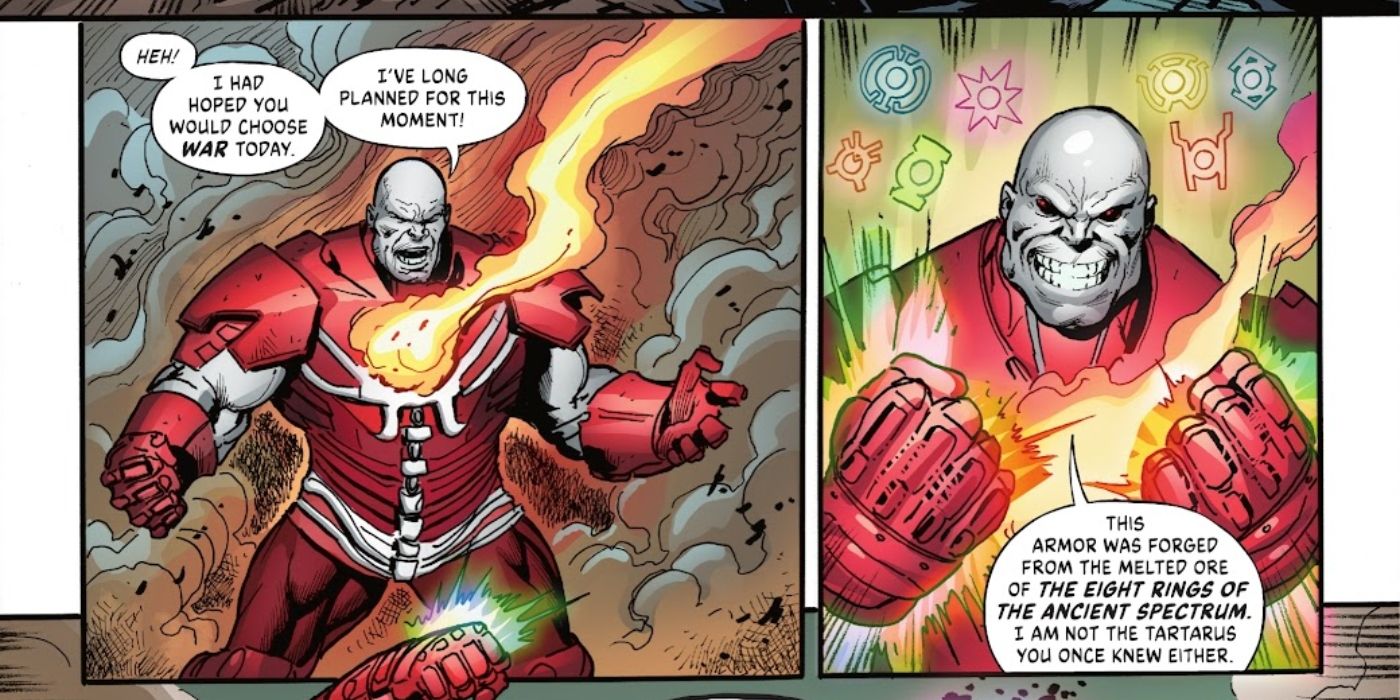 The idea of the ancient spectrum armor is a sound one, with the various emotions and all their powers coming together to form an even greater power. Kyle Rayner even sported a similar armor when he became a White Lantern. The first major, and perhaps most condemning piece of evidence that it isn’t as powerful, comes from the fight’s outcome. Tartarus temporarily held his own against the empowered Darkseid, but the fight was ended when the Lord of Apokolips snapped his neck, not giving him the chance to fully explore the power fueling his armor.

As a rule, something comparative to the Infinity Gauntlet should not be so easily defeated. Granted, Darkseid is stronger now than he’s ever been before, and Tartarus was ill-prepared to battle the villain in his current state. It is also worth noting that Darkseid ended the fight rather quickly. While killing Tartarus was a pleasure for him, it was ultimately secondary to his true goal of gaining control over the crack. Killing Tartarus was really just the cherry on top of fulfilling his desires. This means that Tartarus might not have been able to deploy the armor’s full capabilities. There might be more to it than was revealed. 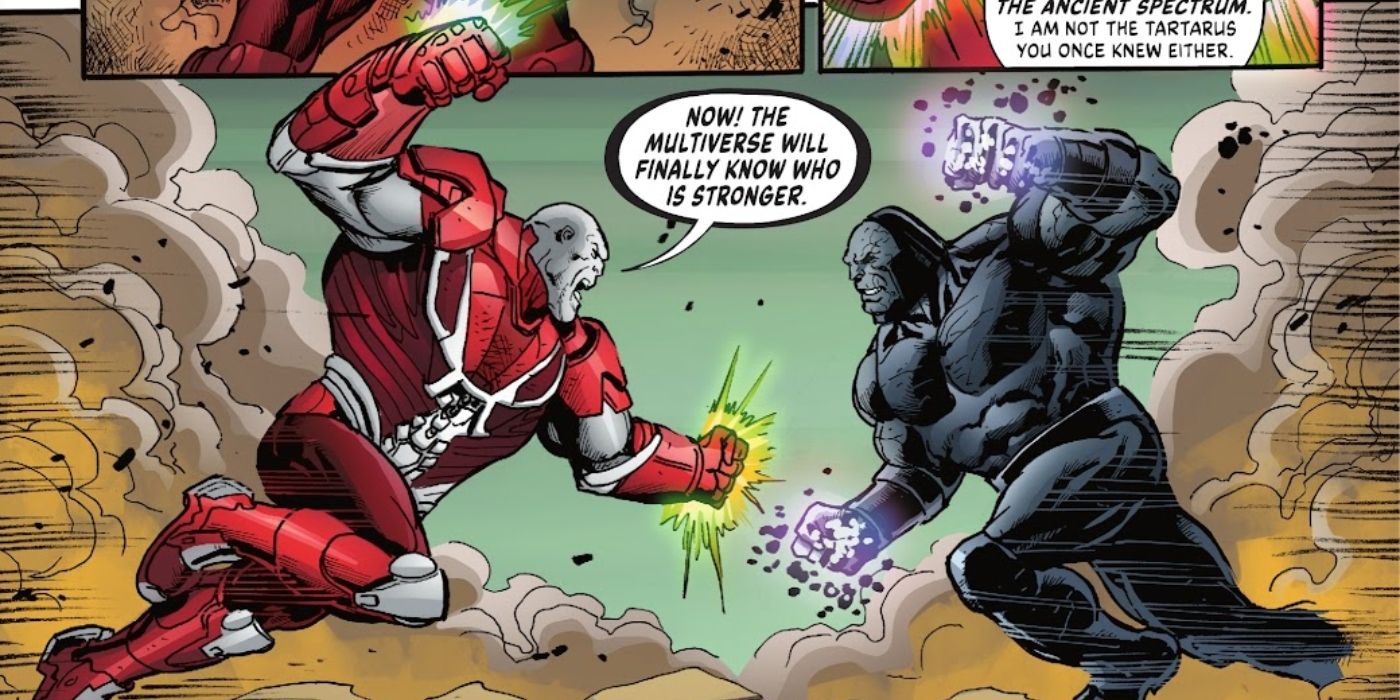 Even so, the powers of the emotional spectrum, while great, cannot really compare to the reality manipulation that comes from wielding the Infinity Gauntlet. Even in the Marvel Cinematic Universe, although the Infinity Gauntlet’s power is greatly limited in comparison to its comic book counterpart, the raw power it wields would make it difficult for even Darkseid to reach the user. With control over time, space, and matter, a physical duel is made irrelevant.

In comparison, the ancient spectrum armor, while undoubtedly powerful, doesn’t have the same capabilities, even with the variety of powers attributed to each emotion fueling it. However, in defense of the armor, something remarkable did happen. Most beings who fight Darkseid, especially in his new, more powerful form, are quickly killed. Tartarus managed to hold his own for a while against one of the most powerful beings in the universe. This, coupled with his explanation that the armor was made in anticipation of a fight with Darkseid, suggests it could overpower the Lord of Apokolips in his previous state, which was still incredibly strong. So, while it may not be as powerful as the Infinity Gauntlet, the ancient spectrum armor is still highly formidable in its own right.