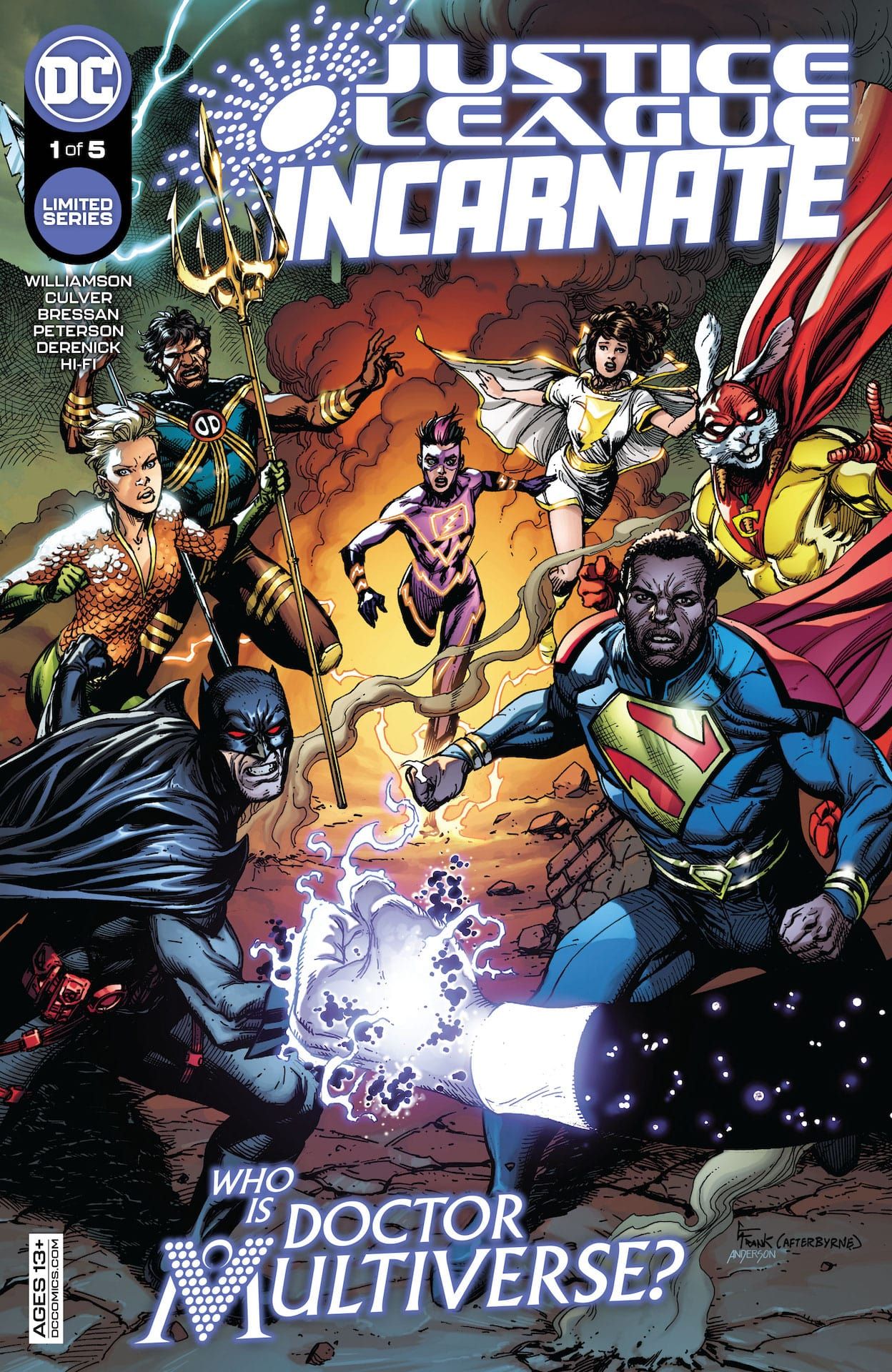 In Justice League Incarnate, the multiversal defenders search for Barry Allen, who disappeared through a crack in the Multiverse in their conflict with the leveled-up Darkseid. The team recruits Barry’s young protégé, the Flash of China’s Justice League, to track the speedster down. The team then ends up embroiled in conflict on Earth-8, an analog of the Marvel Universe, which is under assault from its version of Thanos. Things only get direr when Darkseid arrives, searching for a power that lies beyond the Multiverse.

Every few years, a writer in DC’s stable rises up the ranks, building a reputation on smaller books and working their way up to guiding an entire line. This has been Williamson’s journey — from a years-long run on The Flash to a fresh take on Damian Wayne in Robin to guiding the new Infinite Frontier era and helming Batman. Williamson capitalizes on DC’s history to tell fresh stories that are simultaneously friendly to new readers and surprising to old fans. With a focus on character, a sense of humor, and the ability to make grand stakes deeply personal, Williamson’s work at DC has been a joy to read, rooting this DC Multiverse era in its past while lending a knowing eye toward its future.

In Justice League Incarnate, Williamson has free reign on characters with little history — except Flashpoint Batman, who comes with significant baggage. With co-writer Dennis Culver, Williamson gives these characters a distinct identity. The bond between Calvin Ellis and Thomas Wayne that began in Infinite Frontier continues developing. Thomas’s grim point of view and journey of redemption makes for a compelling contrast to Calvin Ellis’ moralism. The writers provide some quick exposition naturally through dialogue, using the new Flash as an entry point.

Justice League Incarnate’s artwork suffers a bit due to the issue’s rotating artists. That’s not to say that the individual artists are poor, but their differing styles never fully mesh. The shift between Petersen’s hyper-realistic rendering and Bressan’s cartooning is jarring. Bressan’s art is a highlight, channeling Frank Quitely’s energy. His linework and figures pulse with energy that practically animates bulging muscles and lightning bolts. Bressan’s layouts crackle with energy and motion lines that guide readers across the page. Characters are expressive and human while still appearing larger than life. Petersen’s characters feel stilted by comparison, and the grim scenes drawn by artist Derenick lack Bressan’s sense of motion.

Hi-Fi’s colors bring consistency and vibrancy that pops off the page, lending reality-bending visuals to the story. Napolitano’s lettering complements the layouts, guiding the eye across the panels and never intruding on the art — even on denser pages recapping previous events.

Justice League Incarnate effectively builds off previous events in DC’s Infinite Frontier era while laying seeds for its future. Overall, Justice League Incarnate is a promising start to a high-concept superhero story with implications for DC’s larger narrative. To its credit, it makes time for not only developing but showcasing its ragtag group of heroes.

Outside the Panels – Todd Black