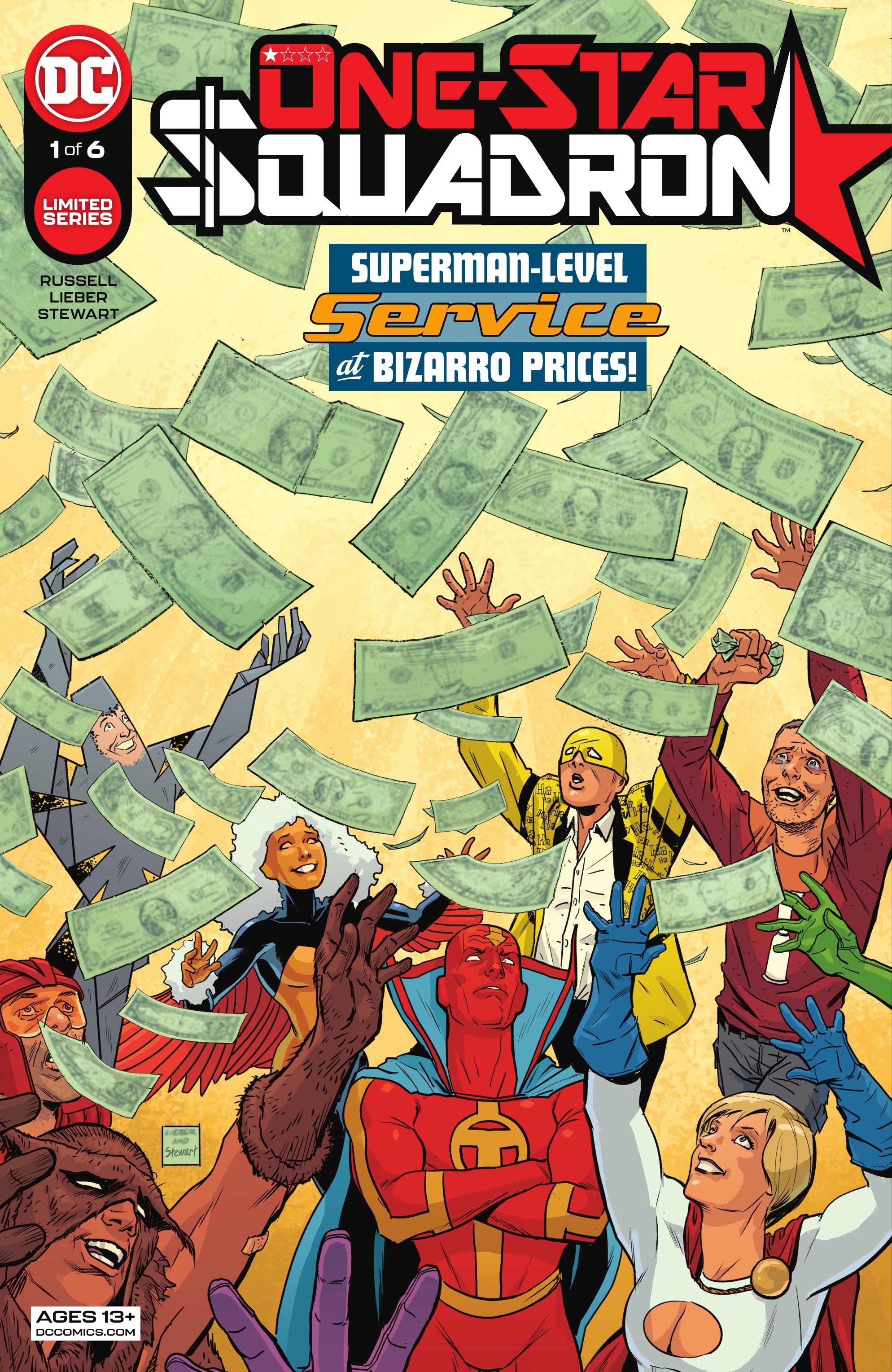 When thinking about DC Universe’s innumerable superheroes, some of their careers are doing better than others. Few heroes have enjoyed the career longevity or stability that Superman and Batman have seen. Who knows how many compelling characters are wallowing in obscurity while their famous counterparts continue to attract the spotlight. Luckily, author Mark Russell and artist Steve Lieber are giving some of DC’s lesser-known heroes some well-deserved attention in One-Star Squadron #1, the first in a six-issue series exploring the remarkably funny antics of a group of misfit heroes.

One-Star Squadron #1 introduces readers to a rag-tag group of heroes working whatever odd jobs they can to make ends meet through the HEROZ4U freelance hero agency. Red Tornado manages the office and helps his fellow obscure crime fighters make a living. But when the aging hero the Gangbuster shows up at the doors of HEROZ4U without any memories or any clothes, Red takes it upon himself to help the former hero find his home. 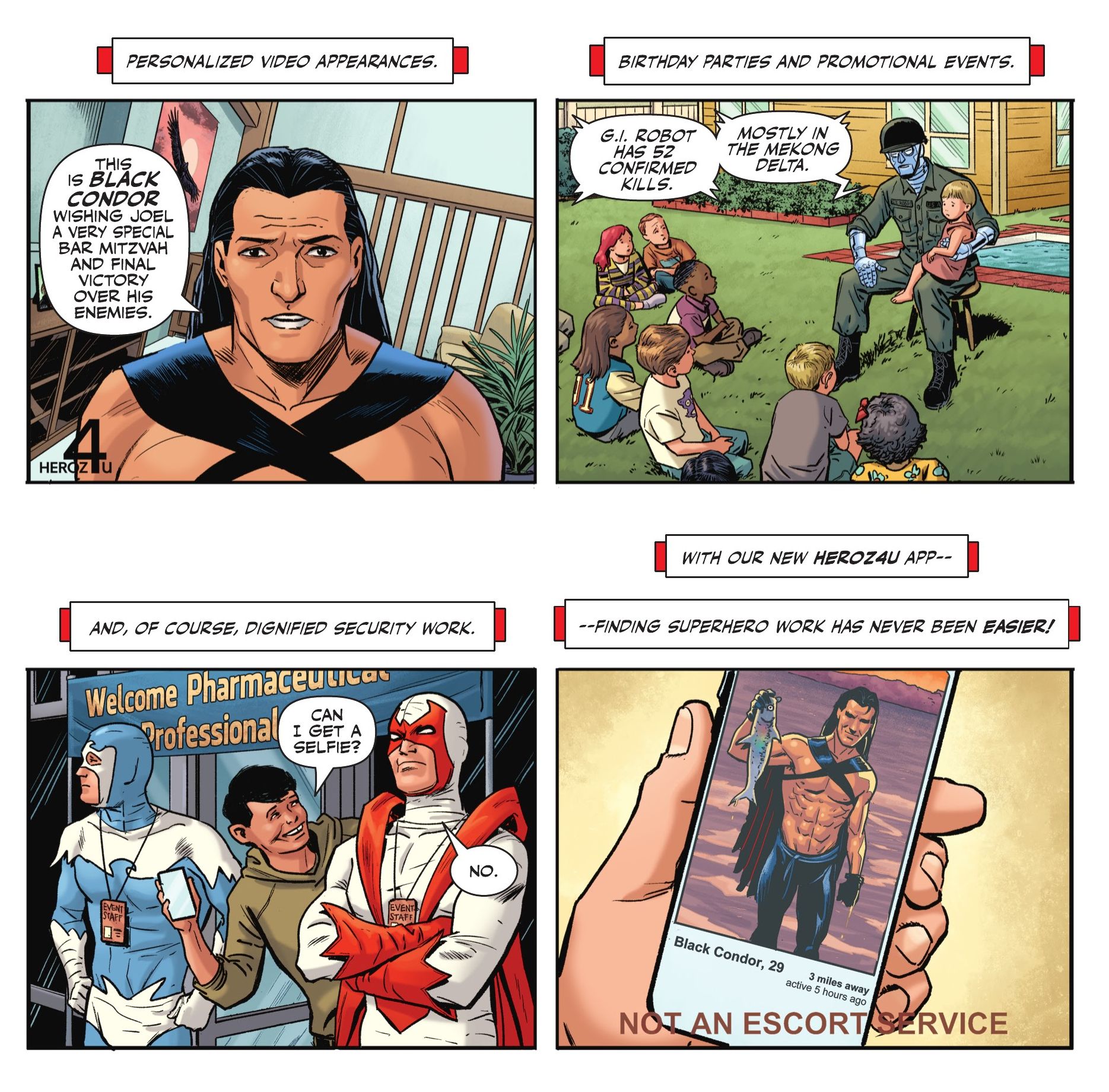 Mark Russell’s sense of humor is spot-on in this first issue. The HEROZ4U is goofy and self-aware without being totally absurd. It is clear that Russell has a sophisticated understanding and appreciation of the superhero tropes that he lampoons in One-Star Squadron #1. He avoids breaking the fourth wall to maintain an immersive story. His ability to be consistently funny and remarkably sincere at the same time makes this first issue consistently entertaining. The Gangbuster’s confusion is genuinely heartbreaking, and Red Tornado’s concern for him is touching. These somber moments are all the more powerful when compared to the comic’s tongue-in-cheek humor. The secret to both Russell’s jokes and his emotional resonance has its roots in his keen ear for dialogue. These heroes sound strikingly human in every context.

Like Russell, Lieber strikes the perfect balance between comedy and sincerity. His character designs evoke all of these heroes’ history, which makes seeing them milling around their office, eating lunch, and worrying about money feel ridiculous. When Red Tornado daydreams about his crime-fighting heyday, Lieber demonstrates his ability to draw compelling action scenes and reminds the audience that all of these characters are capable of doing amazing things — regardless of the mundane setting they currently inhabit. This dissonance is the source of much of the humor and tension in One-Star Squadron #1. Dave Stewart’s bright and solid colors echo Lieber’s fun style and help to make every page visually engaging. 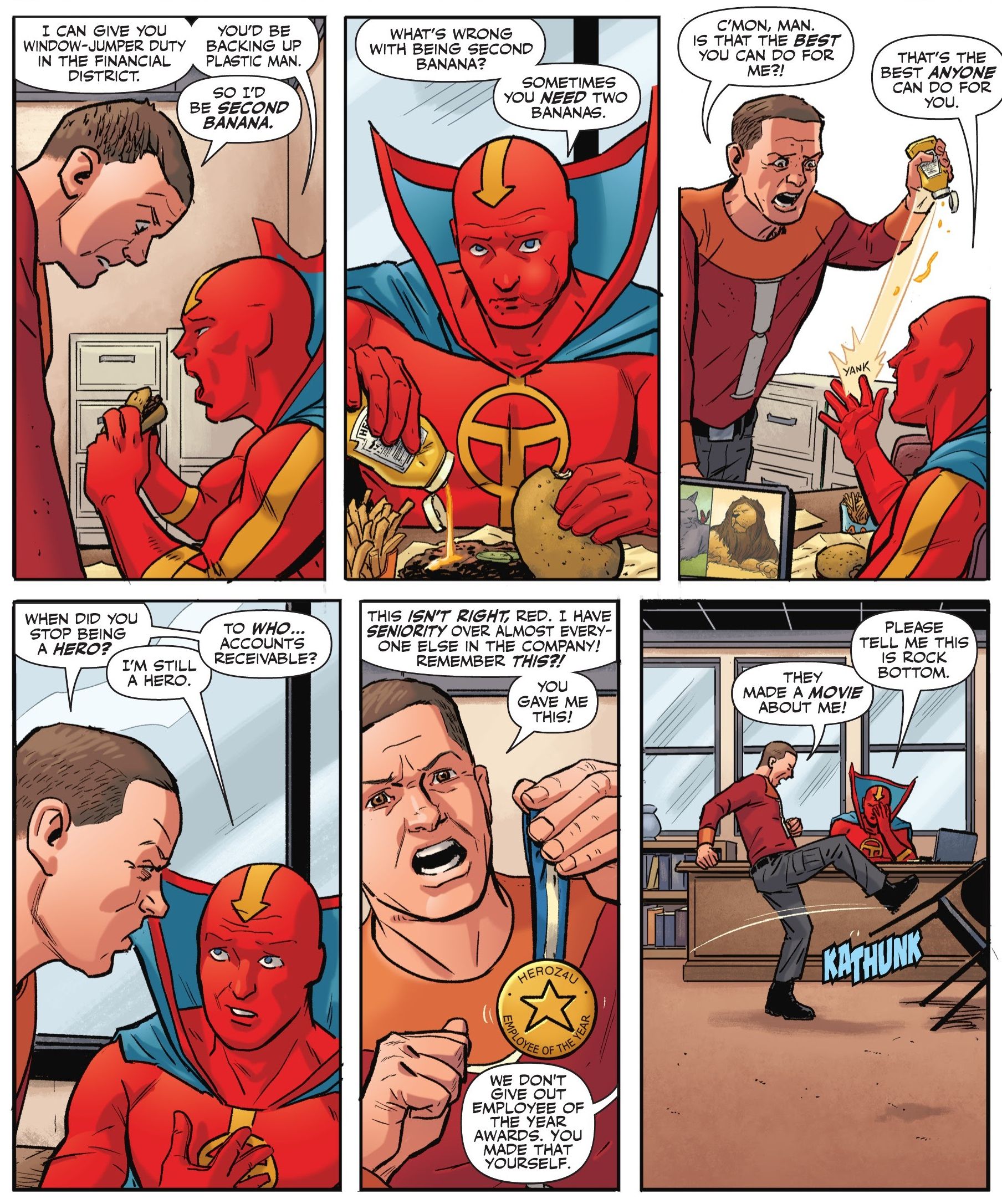 The end of One-Star Squadron #1 gives Power Girl a chance to step into the spotlight and hints at more problems in Red Tornado’s future. This first issue delivers a ton of introductory information but still manages to be one of the funniest comics of the year. Mark Russell and Steve Lieber have assembled a charming team of goofballs to tell a surprisingly heartfelt story that is sure to resonate with fans of golden-age comics and good comedy alike.