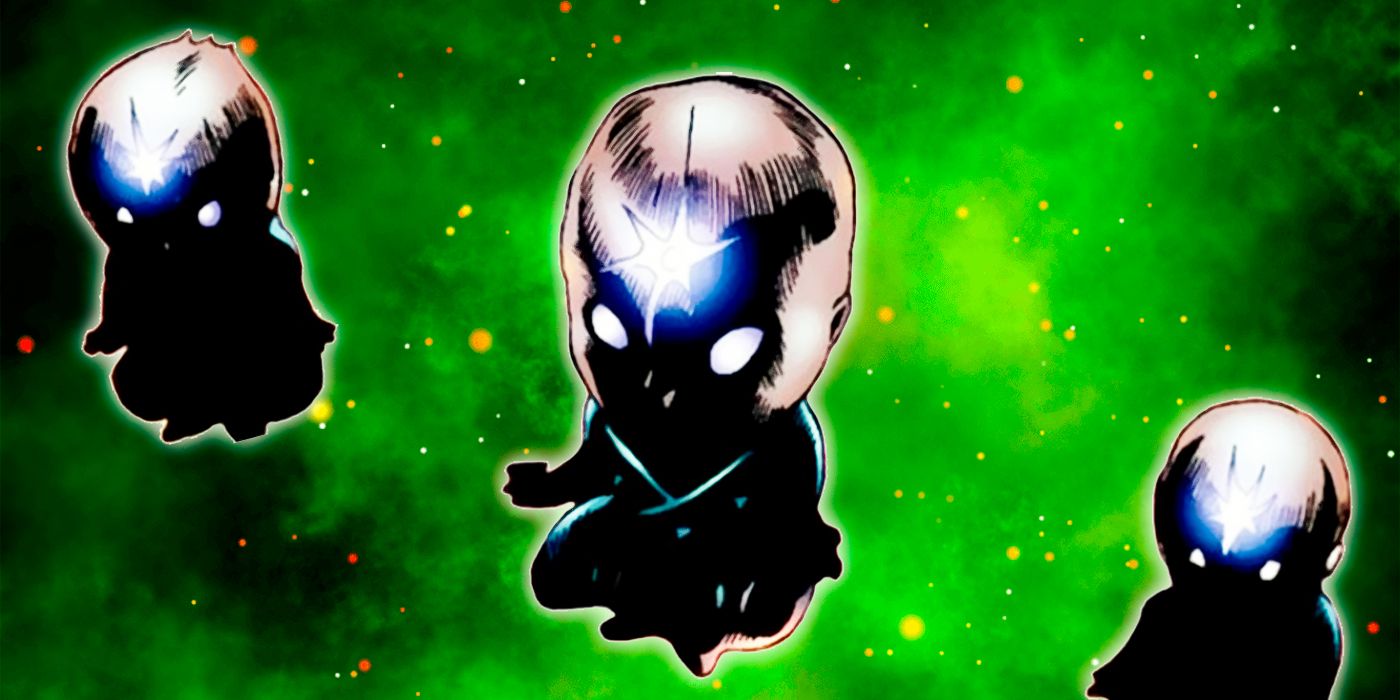 The new Mongul proved to be well-prepared when Superman and the Authority arrived on Warworld to liberate the captives of the alien tyrant. A team was already in place to counter the Man of Steel and his companions, with one adversary having a familiar appearance.

In Action Comics #1037 (by Phillip Kennedy Johnson, Miguel Mendonca, Adriano Lucas, and Dave Sharpe) one of Superman’s foes is reminiscent of an old enemy of the Green Lantern Corps, the Children of the White Lobe. This group of childlike aliens are extremely dangerous, and their suicidal powers make them not only a threat to the Authority, but also to the millions inhabiting Warworld.

RELATED: DC Revealed What Will Happen If Superman Loses His War – and It’s Brutal 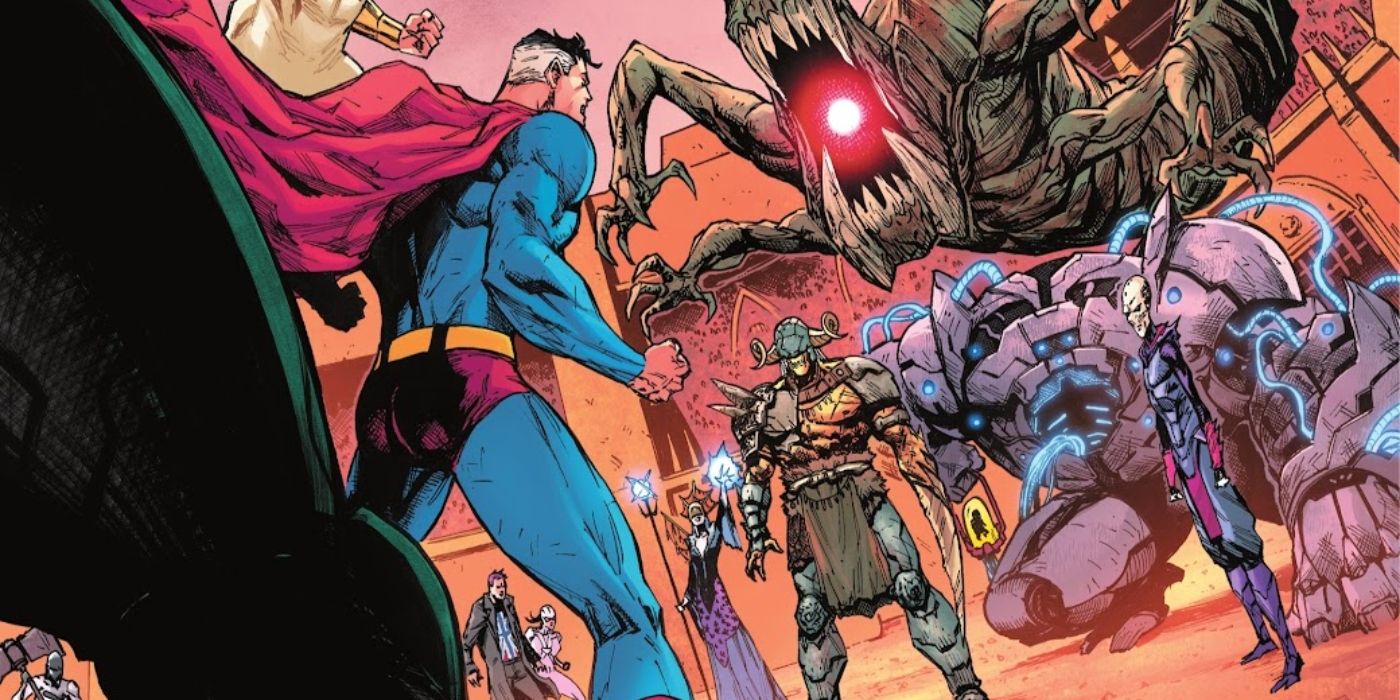 The Children of the White Lobe first debuted in the DC Universe in Tales of the Green Lantern Corps Annual #2 (by Dave Gibbons). Prior to this, the children were referred to by a prophecy from the Empire of Tears, where it was stated that Sodam Yat, a Daxamite Green Lantern, would die while battling them. The Children themselves are a group of bald, child-sized aliens with vast psychokinetic abilities. Their mental powers were not the limit of their power, however. The Children also possessed the ability to detonate their bodies in what they call a “Blink Bomb”

The force and range of these explosions was incredibly powerful. An example of just how dangerous this power is was demonstrated during the Sinestro Corps War. The Children had allied with Sinestro and the Manhunters and lent their aid by planning to simultaneously detonate their Blink Bombs on Mogo, a planet-sized Green Lantern. The Children believed the force of this explosion would be enough to destroy Mogo and rob the Green Lanterns of one of their mightiest allies and best rally points. They were foiled, but the fact that they believed their last ditch attack could destroy a planet speaks volumes about how dangerous they are. 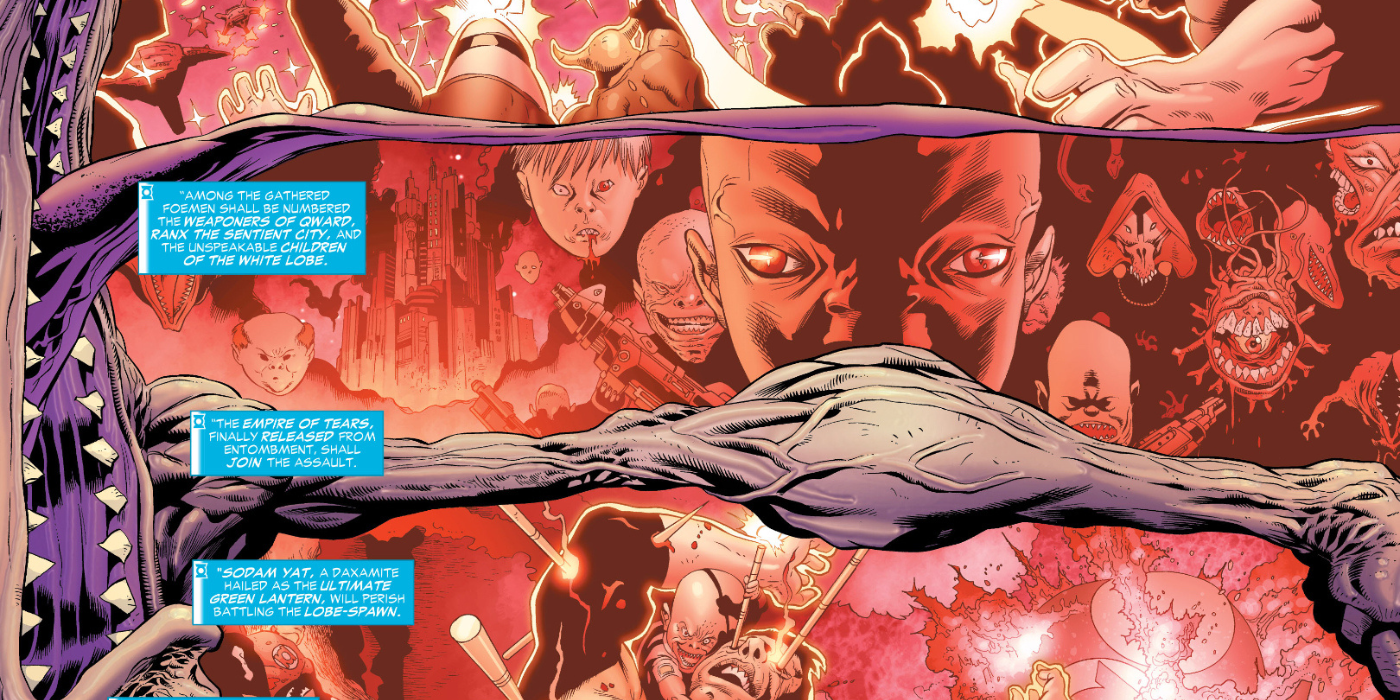 If this is indeed a Child of the White Lobe in service to Mongul, it could be a serious problem, due to the sheer devastation that can be caused by a blink bomb, and the tyrant’s disregard for life. The despotic alien has already shown that he has no qualms about slaughtering multitudes to get his point across, as he demonstrated by literally creating a line of corpses for Superman to follow. The Child could be a weapon of last resort, with Mongul planning to use it to finally destroy Superman for good.

The bomb could also be used as a tool of manipulation. Mongul could threaten to use the blink bomb at any moment, knowing Superman would do anything to save lives. This could be a surefire way for Mongul to effectively keep the Man of Steel under his thumb and forced to do his bidding.

Halo Infinite Bots Are About to Get Tougher

The Many Deaths and Rebirths of the Justice League