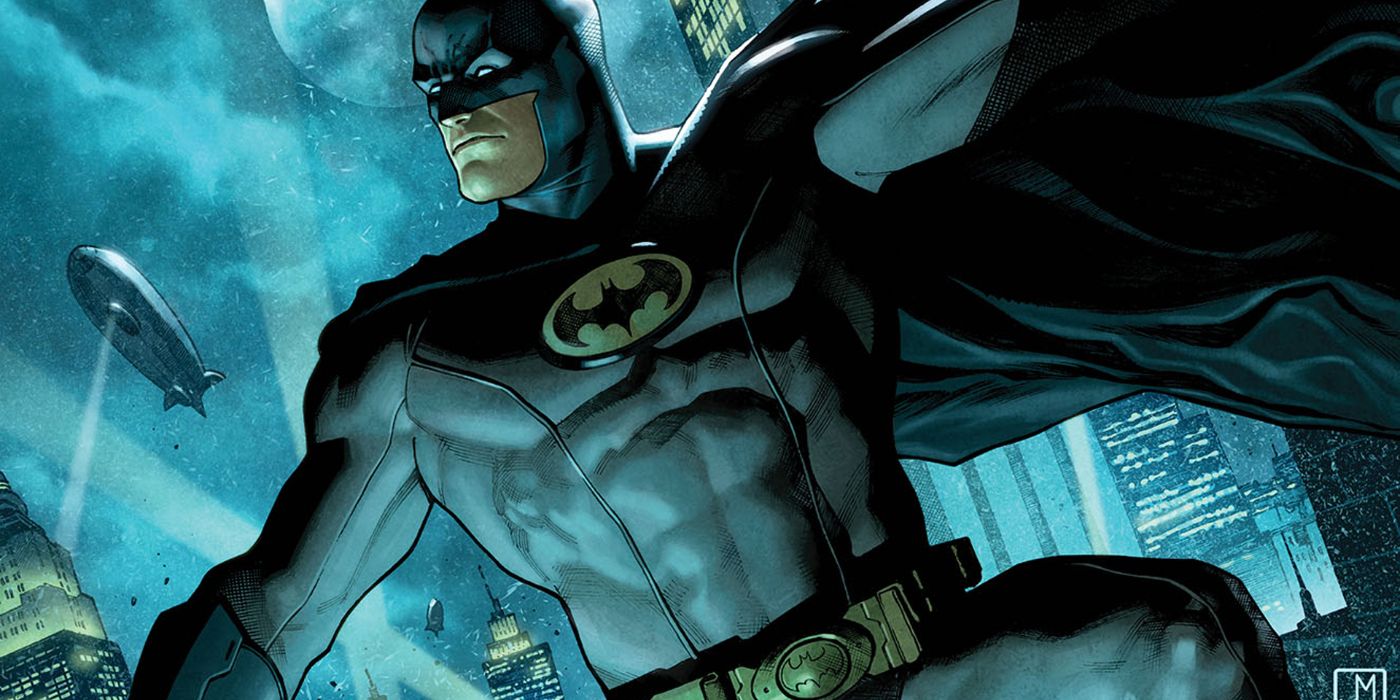 In the wake of the cataclysmic crossover event “Fear State,” which saw Batman and allies narrowly reclaim Gotham City from Magistrate and Scarecrow, incoming Batman writer Joshua Williamson is taking the Dark Knight on the road. Leaving Gotham, Batman goes international to face-off against the new supervillain Abyss in a four-part story beginning in December’s Batman #118. Joined by acclaimed artist Jorge Molina, Williamson has big plans for the Caped Crusader and hinted that his run ties into DC Universe’s wider stories.

In a roundtable interview attended by CBR and other outlets, Williamson revealed the origins behind his opening issue. He cited what influenced his writing and teased upcoming plans for the Dark Knight. Also included with this discussion is a sneak peek at Batman #118’s pages, drawn by Molina, colored by Tomeu Morey, and lettered by Clayton Cowles. 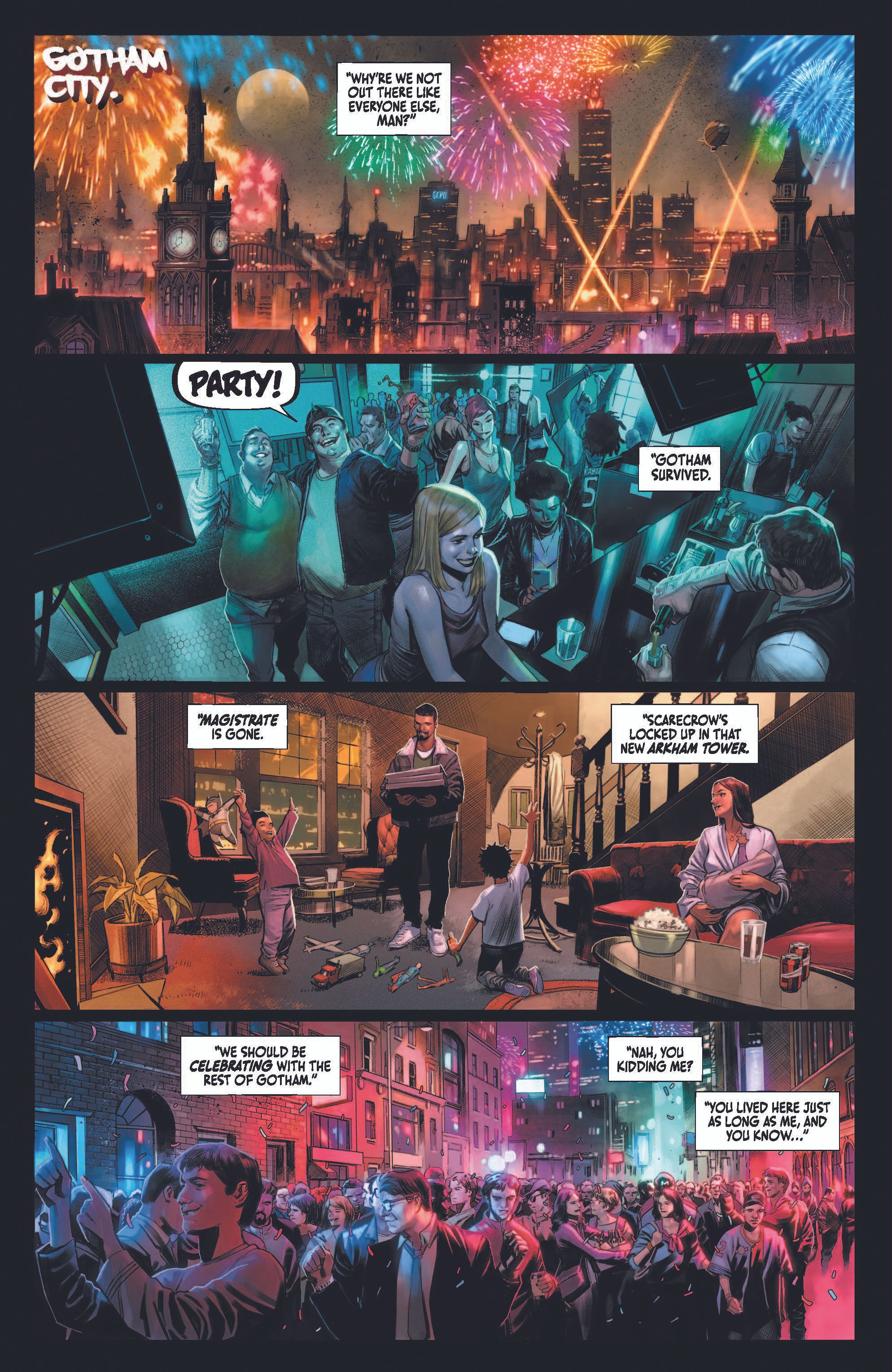 Williamson admitted he’s been attempting to get Molina to draw a DC title for years. He even showed Batman group editor Ben Abernathy pinup artwork Molina had done of Batman in the past. While discussing what Molina uniquely brings to Batman’s story, Williamson shared, “[He’d] want to draw all the cool villains and Batman doing cool shit. That was what inspired Batman to be at the party with all the villains [in Batman #118].” When explaining the scene to friend Scott Snyder, Williamson praised how it gave Molina a chance to draw so much of Batman’s mythos.

Williamson also revealed that Batman #119 and #120 scales back the crowd scenes to ease the artistic pressures on Molina. Additionally, it gave Molina things to work with that Williamson hadn’t seen much of in a Batman comic. In particular, there’ll be a scene where Gotham City celebrates the Bat Family emerging triumphant from “Fear State,” but the comic will also focus on “how the city is celebrating, but Bruce can’t let himself celebrate a win.” A brief flashback incorporated towards the end of Batman #118 allowed Molina to illustrate Alfred Pennyworth, whose been dead in DC’s modern continuity for some time. Williamson compared this approach to “Hush,” which he felt played out like the greatest hits for Batman. 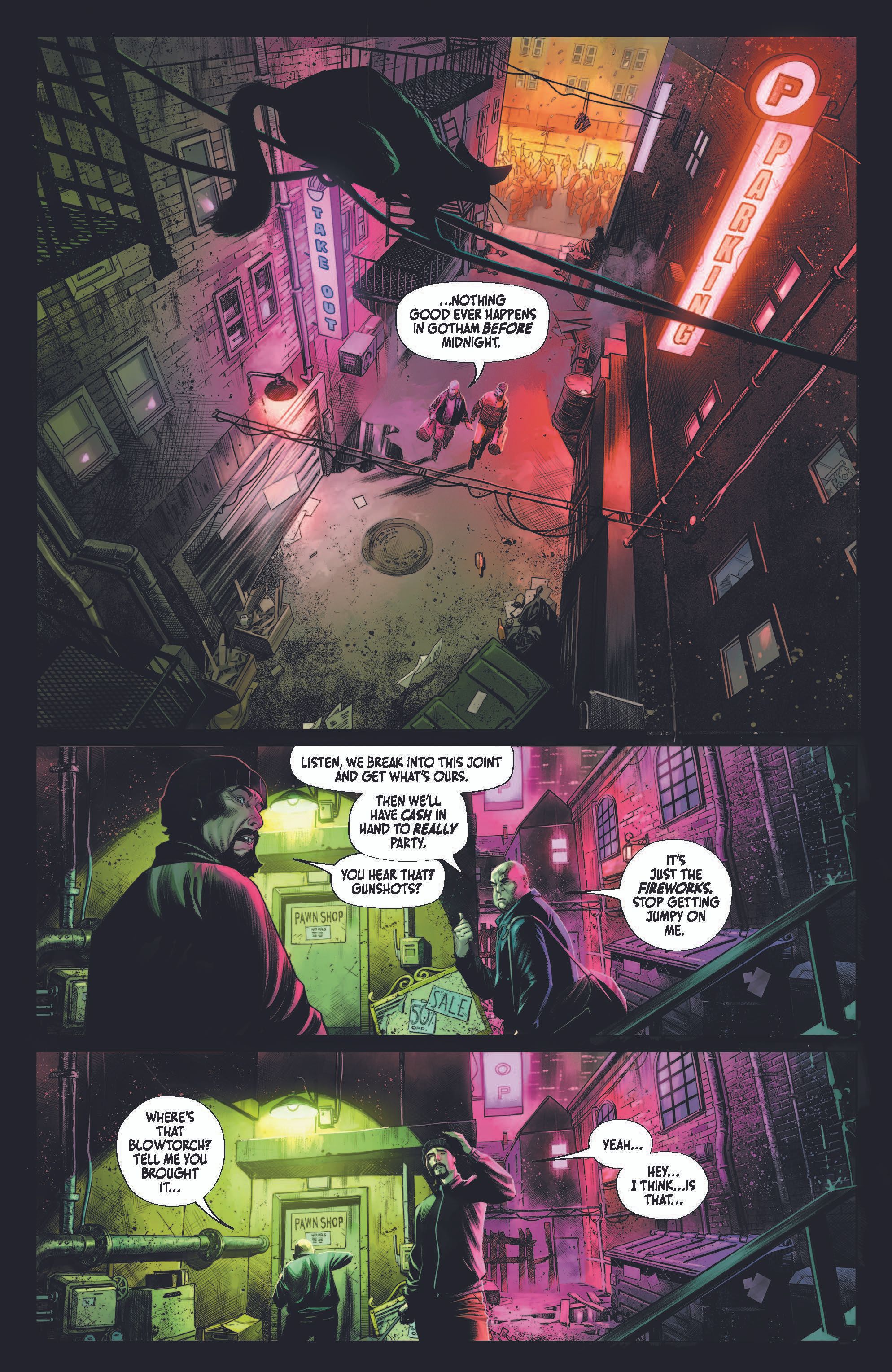 Williamson shared that he wants to deliver a fun Dark Knight. He felt that Batman had “consecutively gone through Hell” from years of storylines stretching back to the start of the DC Rebirth era. Williamson thought this echoed what readers went through in the past couple of years, but he wants to give Batman and Gotham a much-needed win. To help his light-hearted approach, Williamson shared that Oracle and Batman will play off each other more in his Batman run.

While discussing supervillain Abyss’s creation, Williamson explained that his approach to the character was informed by hearing about the Batman group’s future plans from outgoing Batman writer James Tynion IV. To avoid potentially stepping in on anyone else’s plans, Williamson decided to craft his story around a smaller matter separate from the wider Bat-Family. “To do something a little bit smaller with just Batman on a case,” Williamson shared.

Williamson created a new villain based on this story idea and what he thought would be narratively and visually appealing. His take also provided the story with a thematic counterpoint: if Batman moves towards the light, Williamson reasoned, Abyss represents the darkness. While the mystery surrounding Abyss comprises Williamson’s first four Batman issues, he hinted, “[It] will spinoff into other things.” 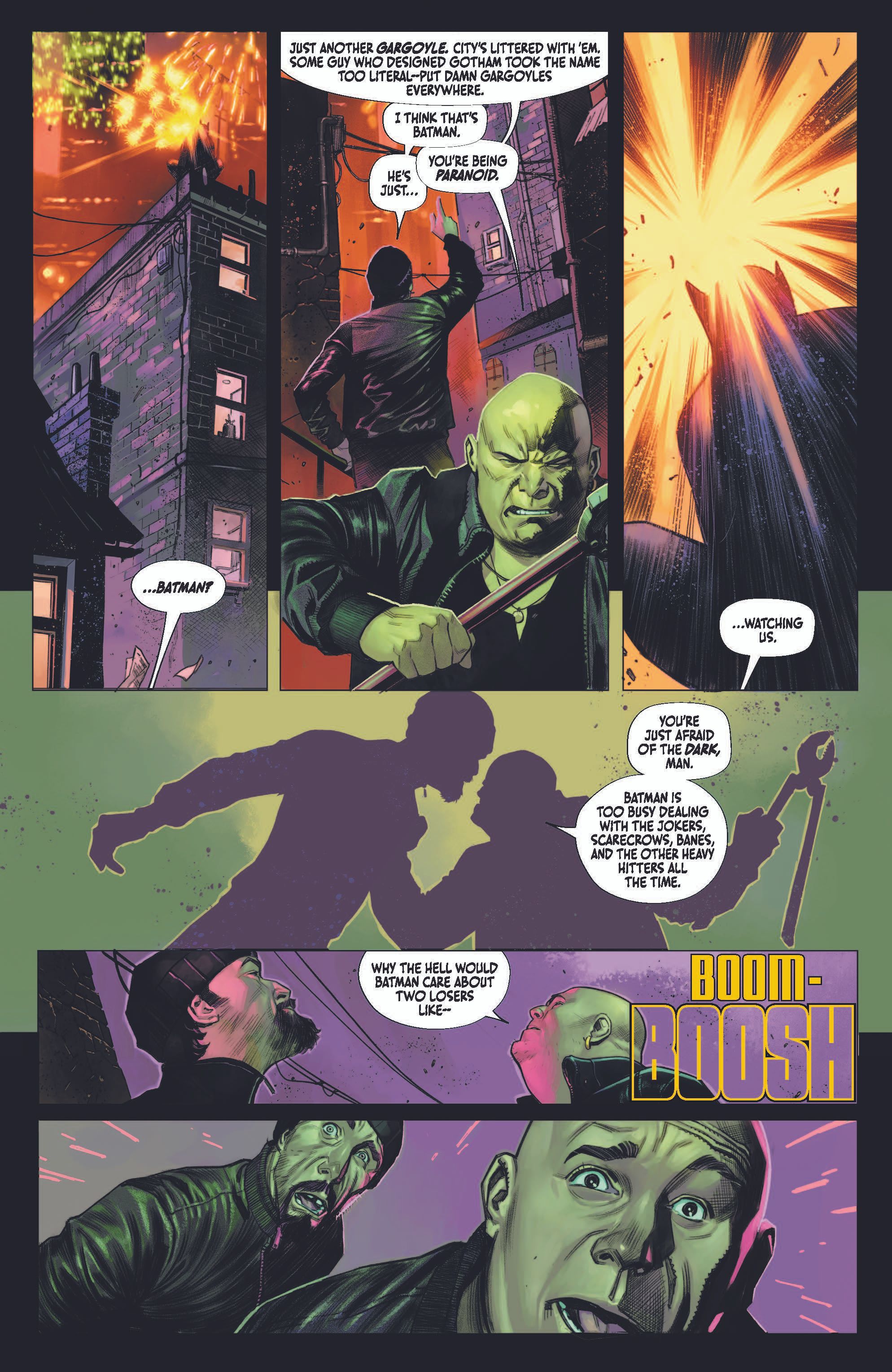 While Williamson drew from plenty of influences, one story that stood out was Matt Wagner’s “Faces.” To find Batman’s voice, Williamson recalled an interview with Michael Keaton on 1992’s Batman Returns where Keaton explained that his Batman shouldn’t speak all that much. Williamson echoed this approach when writing Batman — even though the Dark Knight is a predominant presence in the story. For comparison, Williamson noted his approach to Batman is noticeably less verbose than Snyder, Tynion, or Tom King.

Taking Batman out of Gotham helped distinguish Williamson’s story more from recent Batman adventures. Starting with Batman #122 and #123, Williamson is writing backup stories that take place in Gotham’s past, leaning into the character’s classic era while mixing things up in the main run. For Williamson, the story really clicked by adding Lex Luthor to it and deciding to invert previous Batman Inc. stories. Although past comics saw shadowy figures targeting the international Batman organization, his run will showcase someone on Batman Inc. accused of murder, forcing Batman to deal with the fallout. 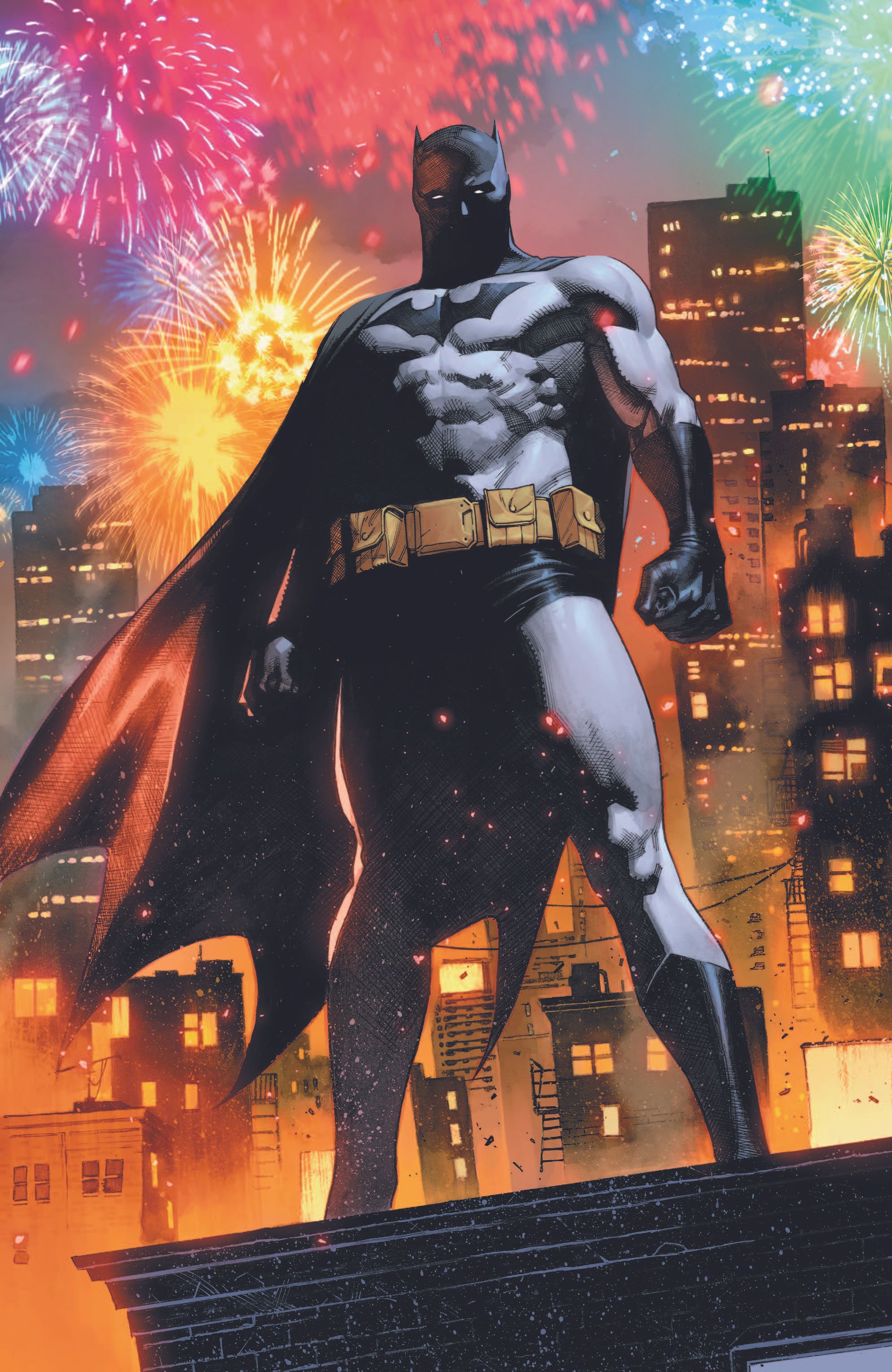 Delving more in Lex’s future face-off with Batman, Williamson shared, “I actually figured out that scene first, the two of them talking… There’s a part in there with Lex basically talking about Bruce not having any money, making fun of his clothes.” Williamson hinted that Lex goads the hero to unleash his inner rage as Batman. Williamson teased that Lex mentioning Nightwing and his recent activities sets Bruce off. Williamson compared notes with Tom Taylor‘s plans on Superman: Son of Kal-El, which offered Batman a chance to integrate more with the DC Universe. Williamson also seeks to reclaim the tycoon side of Lex after seeing him portrayed as a committed supervillain for years.

Williamson’s opening arc for Batman shows Bruce learning how to recognize and appreciate his victories while his friends and allies are occupied. Williamson observed, “These four issues are a lot about setting up a couple things and there will be more emotional stuff in the stories we’re doing in the spring. There is a story coming with Bruce and Damian together and that’s where the bigger, emotional stuff will be.” It’ll be the first time in a long while in DC Comics that Damian and Bruce will be together again.

“There’s a couple of different scenes in Robin #11 and #12 of Damian talking to Flatline and Connor Hawke about his dad and what he’s going to do when he sees his dad next,” Williamson continued. “That’s where I think the really heavy, emotional stuff is coming.” 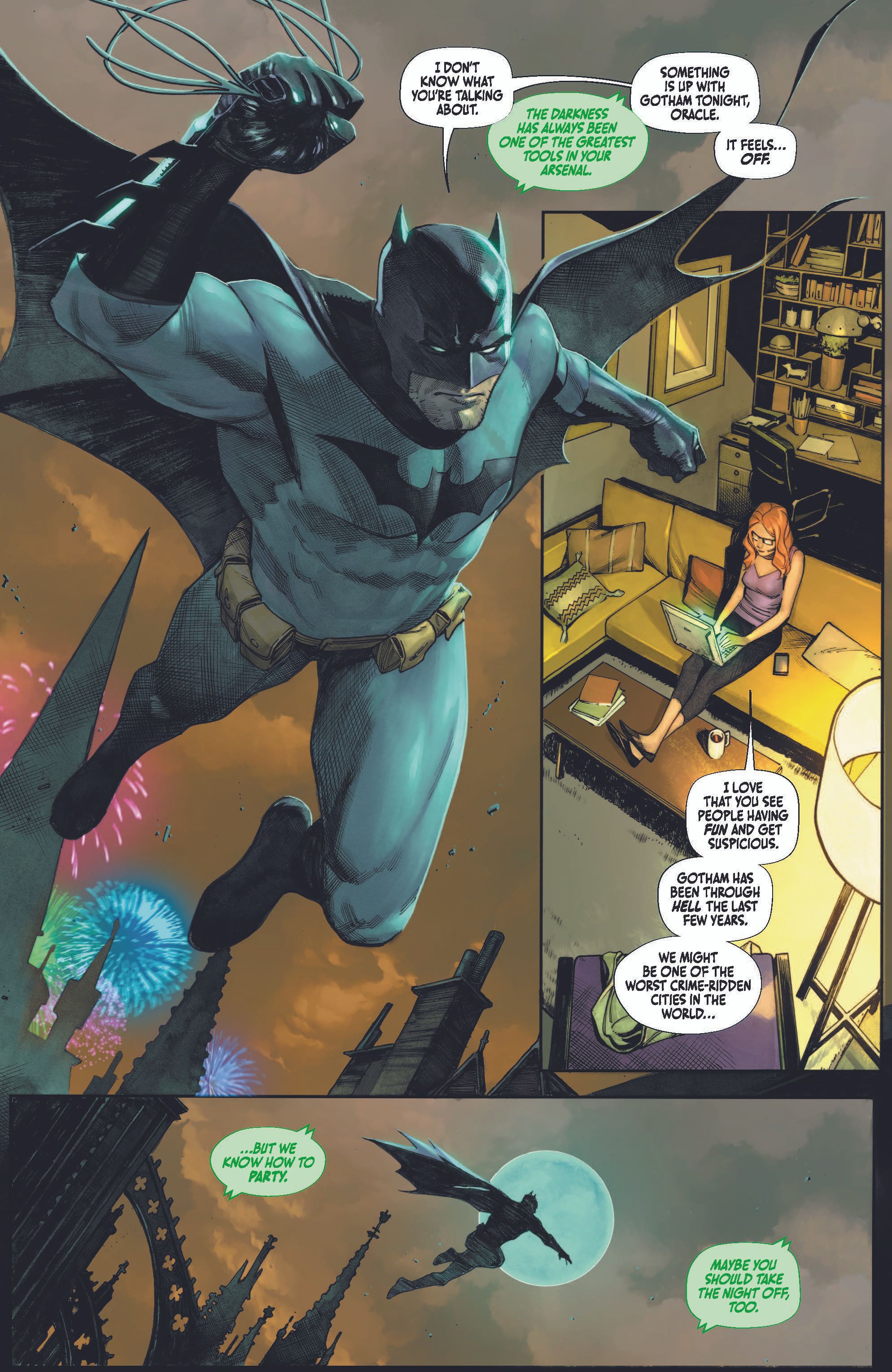 RELATED: Batman and Nightwing Defined Their Greatest Difference – and It Could Rip Them Apart

Whereas Batman’s arsenal of weapons, gadgets, and vehicles figured prominently during Tynion’s run, Williamson will steer away from this approach. The writer admitted that the biggest challenge in helming Batman is working on it while having a full publishing schedule for various DC projects. Williamson admitted there’s some pressure when writing the main Batman ongoing series. Despite this, Williamson found it refreshing writing Batman compared to writing The Flash, with the speedster superhero comic double-shipping every month and requiring an inner monologue as Barry Allen often runs alone. Williamson’s Robin and Batman runs dial back the internal monologue and adopt a slower narrative pace. 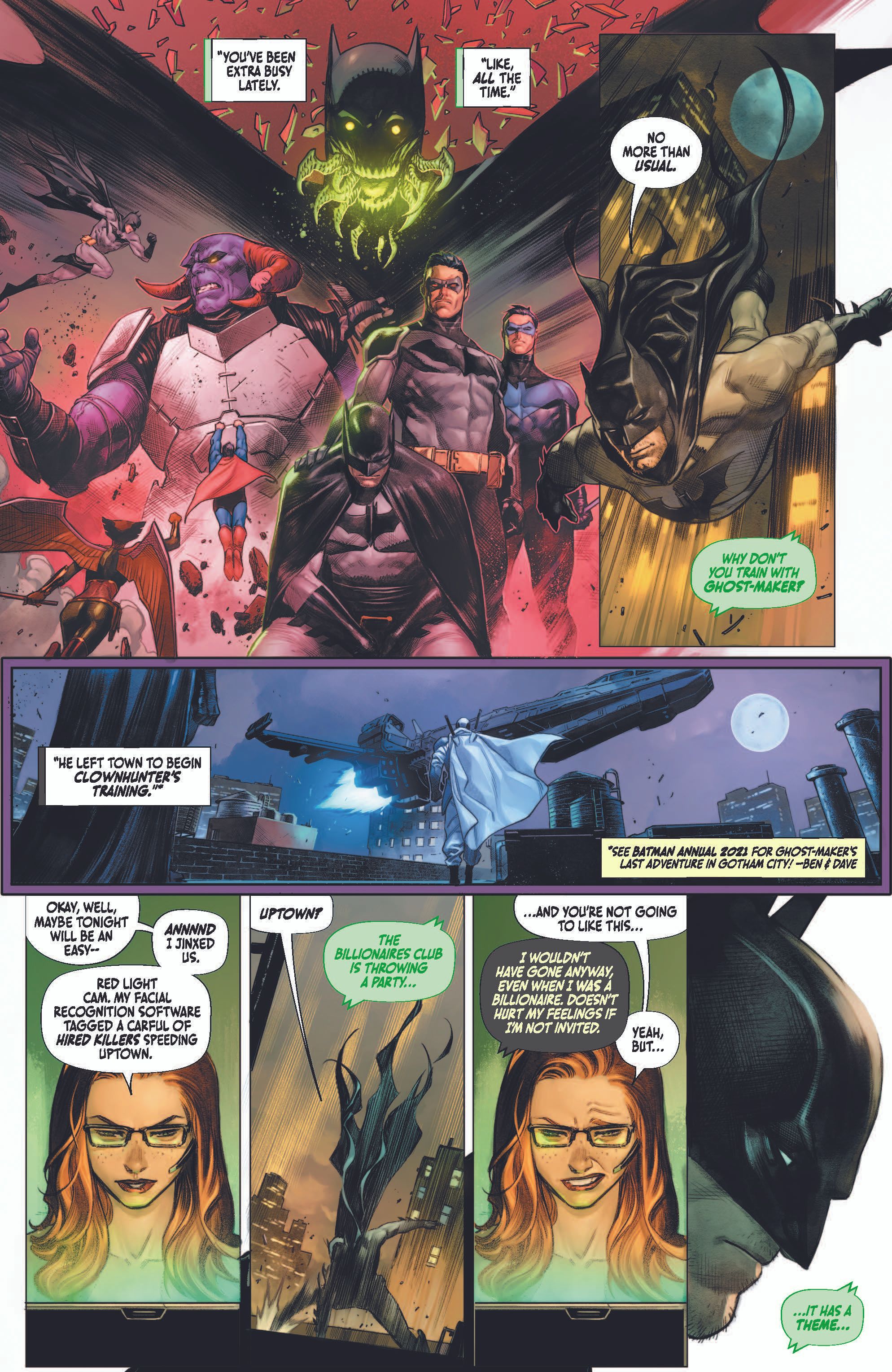 Williamson hinted that Robin and Deathstroke Inc. are set for a collision course, with Oracle warning Batman about this. “Something bad happens and when that happens, it pulls in all this stuff,” Williamson shared. “A lot of things we’ve been building with Bruce, Damian — all this stuff starts coming together.”

Williamson shared that Batman will return to Gotham City, but only when he feels he is ready — not due to some crisis. Williamson revealed he is excited for readers to see Molina’s artwork bring Abyss’ unique powers to life and for audiences to see some primo moments of the Dark Knight delivering his signature brand of justice. Written by Joshua Williamson and illustrated by Jorge Molina, Batman #118 is on sale now from DC Comics.

KEEP READING: How a Forgotten DC Villain Is Secretly Using Batman to Make a Killing