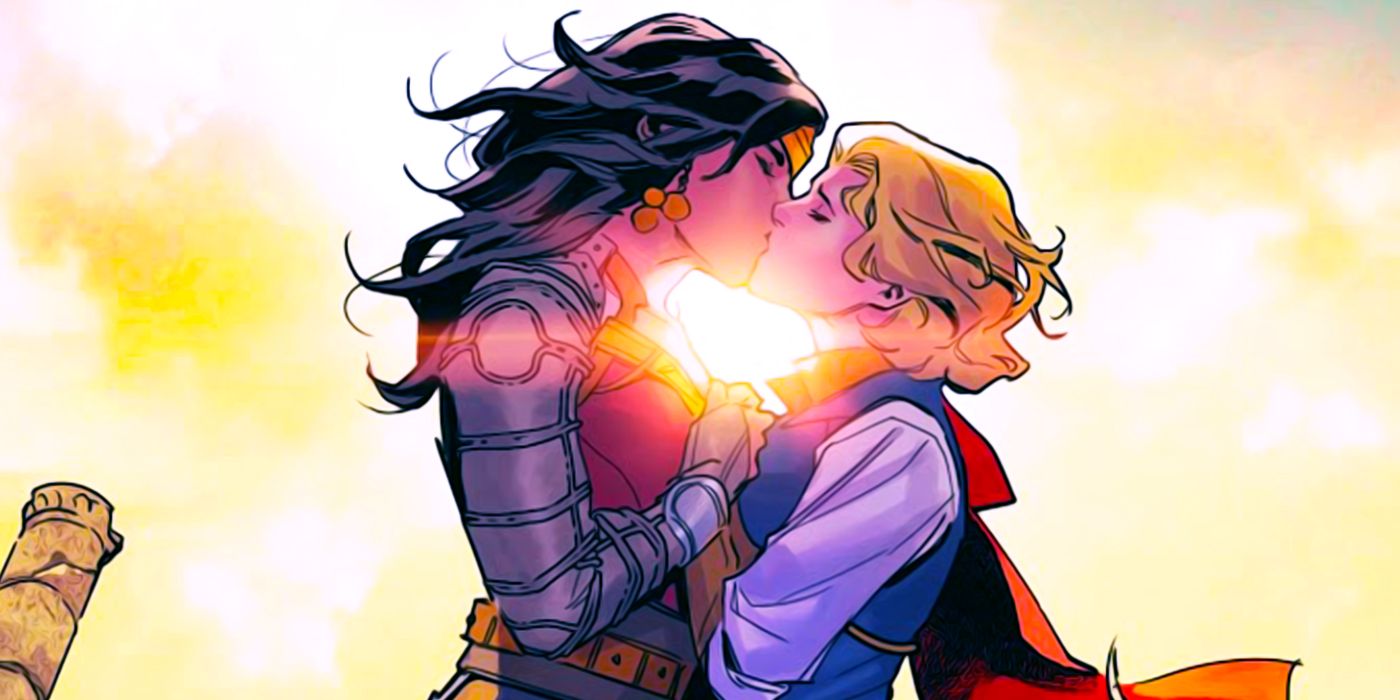 Dark Knights of Steel #2 (by tom Taylor, Yasmine Putri, Arif Prianto, Wes Abbott) started off with the revelation that the Wonder Woman of this high fantasy themed story is in a relationship with the new Kryptonian, Zala Jor-El, Superman’s sister. Their relationship is groundbreaking; an equal partner found in one another, but at the same time, it’s also tragic.

This is not because of any doomed future between the two, though by the issue’s end, things for Zala take a decidedly calamitous turn and it may indeed end in war. Still, the true tragedy is the fact that this is an alternate universe outside of continuity. As such, it will most likely never exist in the main DC Universe. And that’s a shame. 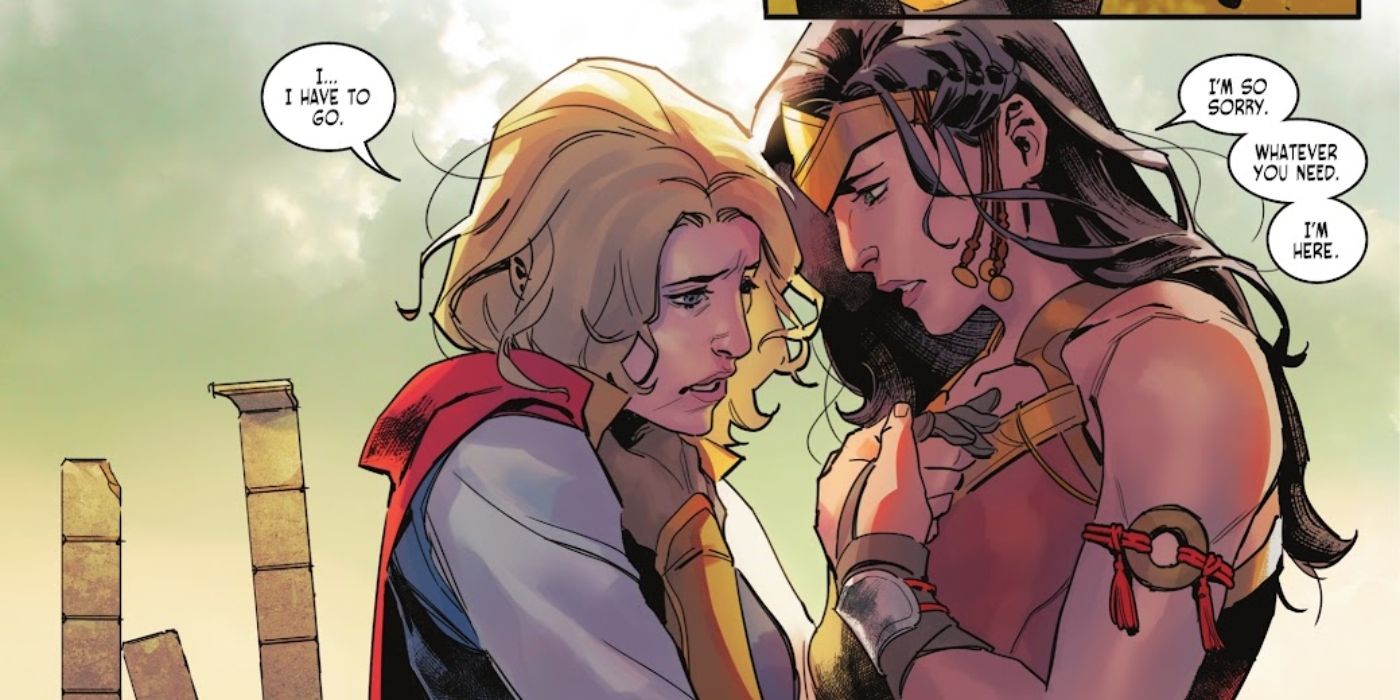 The idea of Superman and Wonder Woman becoming romantically involved has been explored before, often resulting in an exceptionally powerful lineage being created. This however, is something entirely new. Wonder Woman has been canonically bisexual for a few years now, but she’s never really had the opportunity to be in a romantic relationship with a woman who could stand as an equal to her in terms of power. For someone like Diana, who naturally has a number of powerful enemies, this would be a miracle. Zala is not only capable of supporting Diana, but also standing beside her through the worst of the danger she encounters.

This isn’t even factoring in the symbolism of their relationship. Diana has always been an emissary to Man’s World to try and bring about reform to the corruption that took root there, becoming a champion of truth and justice in the process. Likewise, Zala is also not a native of the world she lives in, being conceived by parents quite literally from another world, who have tasked themselves with protecting it. They also each have powers that separate them from humanity. Both were raised as princesses on this world, but there are differences that keep them disconnected from most people. That distance with others brings them closer together, as they have someone to turn to who understands the way they feel.

RELATED: DC’s Thanos Has ‘Infinity Gauntlet’ Armor – Is It More Powerful Than Marvel’s? 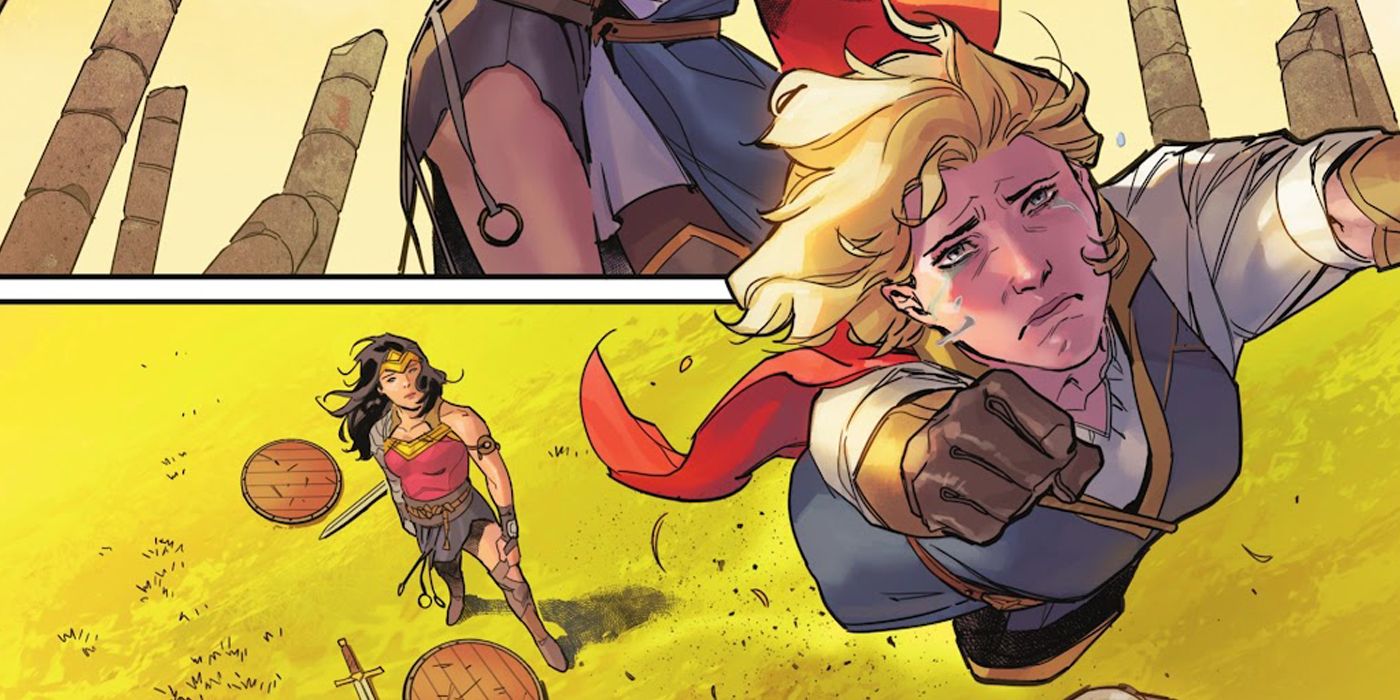 Since Wonder Woman came out as bisexual, fans have wanted to see her in a committed relationship with a woman for some time. The thing is, Wonder Woman is a hard person to pair someone up with. This isn’t because Diana isn’t a loving person — quite the contrary, in fact, as she was once chosen by a Violet Lantern ring because of her connection to love — but because she’s difficult to keep up with. It’s hard to imagine anyone being able to stand on equal ground with such a paragon, which is probably why Superman gets paired up with her so often. That being said, there isn’t much of a chance this will become canon any time soon.

For starters, Zala doesn’t exist in the DC Universe. There is a Supergirl, Kara Zor-El, but she is Superman’s younger cousin. Zala Jor-El is clearly a stand-in, though, and to see a similar relationship blossom in the DC Universe proper would be a fascinating story thread. Power Girl has also returned to stories with One Star Squadron. Given that her ethics are seemingly being skewed by Man’s world (and the economic forces that rule it), that, too, would make fertile grounds for exploration. Unfortunately, though, DC will probably not go in that direction, despite its recent inclusivity with other LGBTQ+ relationships in its flagship characters like Robin and Superboy.

It’s unfortunate that this romance will probably only be explored in an alternate universe, and won’t receive as much commitment as the relationship between Harley Quinn and Poison Ivy. This actually bears similarities to Marvel having Hercules come out as bisexual, when fans clamored for him and Wolverine to become a couple. On the bright side, as this is an alternate reality story, the love between Diana and Zala will undoubtedly be explored, having already shown themselves to be excellent partners for one another. As the story tumbles into tragedy, though, it may be even more fleeting.

KEEP READING: DC Just Cut One of Its Superheroes’ Arms Off – Again