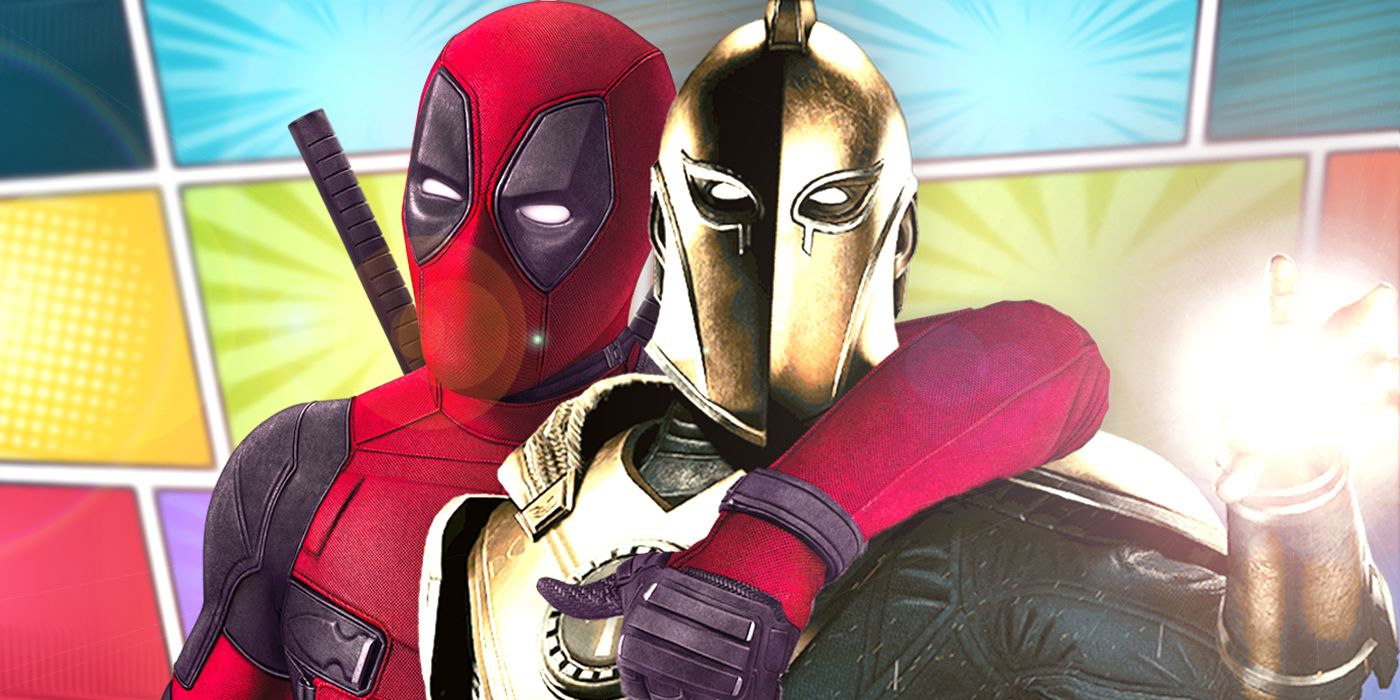 WARNING: The following article contains spoilers for The Flash #776, on sale now from DC Comics.

With the supervillain Eclipso back and menacing the entire DC Universe, The Flash has teamed up with the Justice Society of America‘s most magical superhero Doctor Fate to save the DCU from the resurgent evil god. And as Wally West and Doctor Fate embark on this strange journey together, venturing into mystical realms untainted by Eclipso as they seek for a way to turn the tables on this old foe, Fate reveals that he shares a startling character trait with the Marvel Universe’s Deadpool: Doctor Fate is aware that he and the DCU exist within the confines of a comic book as he communicates directly to the reader to implore them for help.

The Flash #776, by Jeremy Adams, Fernando Pasarin, Matt Ryan, Jeromy Cox and Rob Leigh, has Wally and Fate enter a two-dimensional causeway to reach Gemworld where they can plan their next moves against Eclipso. Along the way, the pair encounter all manner of fantastical monsters and obstacles that impeded their path, with Fate instructing readers to help them navigate these puzzles and reach their destination. And while the heroes are successful in reaching their goal, Wally is visibly confused that Fate is interacting with an audience unseen to him, even as Fate practically pries himself from the comic book panels to address the readers. And with Fate breaking the fourth wall just like Marvel’s Merc with a Mouth, the magical superhero joins a small group of DC heroes are of the true nature of their existence. 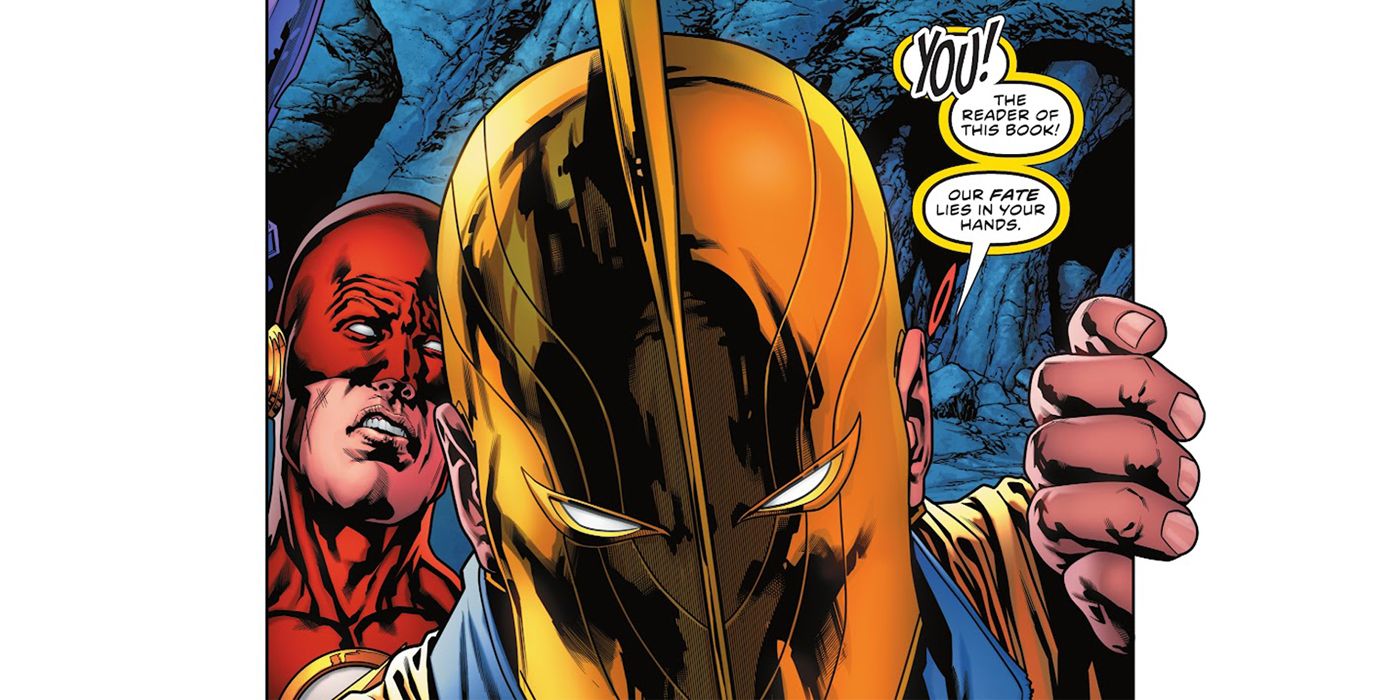 Grant Morrison and Chas Truog would famously depict Animal Man discovering he was a comic book character in his universally acclaimed comic book series that launched in 1988. This led to an appearance by Morrison in the pages of the comic, with Buddy Baker successfully convincing the writer to resurrect his recently killed family as Morrison and Truog’s story came to a close with a meta-textual wink to the readers. Animal Man would later express he retained this awareness in 52 when he faced his own temporary death, acknowledging that the readers continue to cheer him on all these years later.

RELATED: The Flash Confirms How Wally West Is More Powerful Than Superman 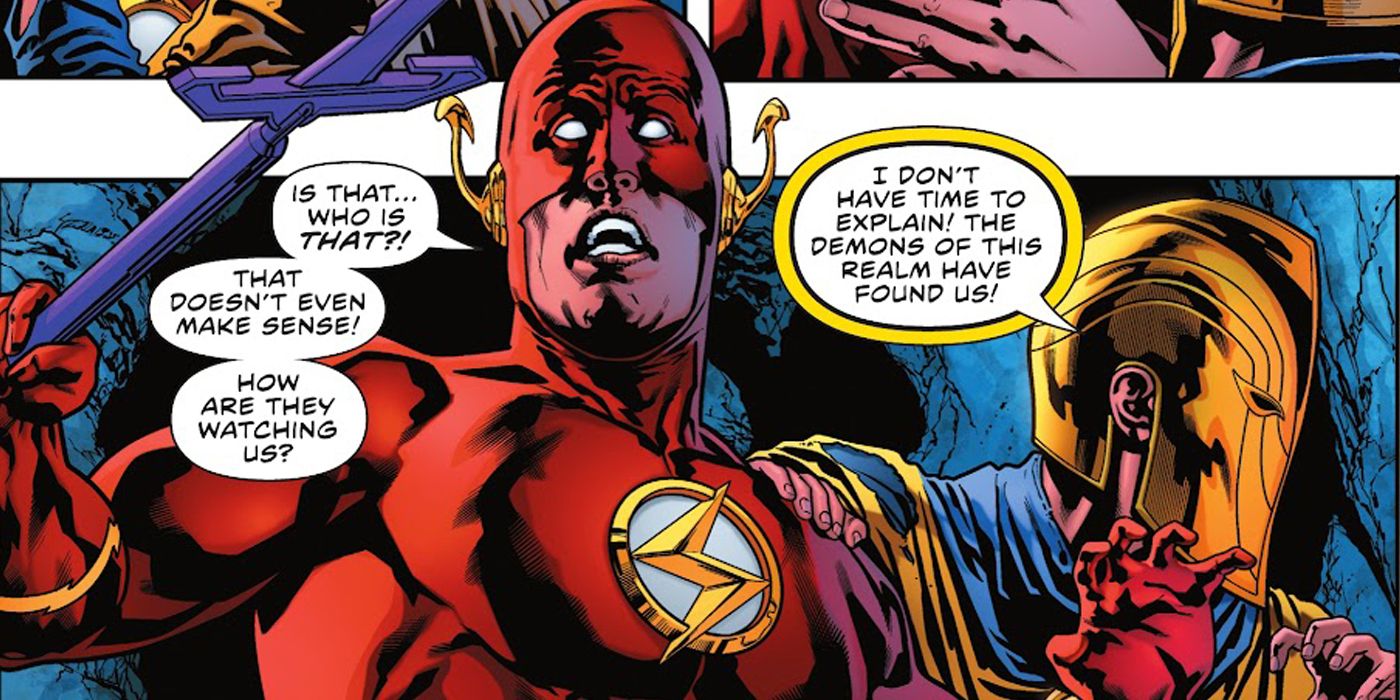 One surprise superhero that gained the awareness to realize he was a comic book character was Superman in Morrison’s 2008 crossover event Final Crisis, with the Man of Steel making this discovery while traveling between universes in the tie-in miniseries Final Crisis: Superman Beyond 3D, by Morrison and Doug Mahnke to combat Mandrakk, the Dark Monitor. This revelation would prove key in the main crossover’s finale, with Superman using the omnipotent Miracle Machine to wish for a happy ending and undo the damage Darkseid and Mandrakk caused.

While it’s currently unclear how and when exactly Doctor Fate learned that he was a comic book character, being the DCU’s resident Master of Mystic Arts certainly lends itself to Fate gaining a cosmic awareness that has alluded most of his contemporaries. And this awareness has certainly paid off, with Fate and The Flash safely reaching Gemworld in one piece, thanks to the unseen assistance of the readers guiding them to their pocket dimension destination, as Wally continues to cosmic weirdness of the DCU while Doctor Fate smashes through the fourth wall.

The Last of Us Remake Developer Addresses “Cash Grab” Criticisms