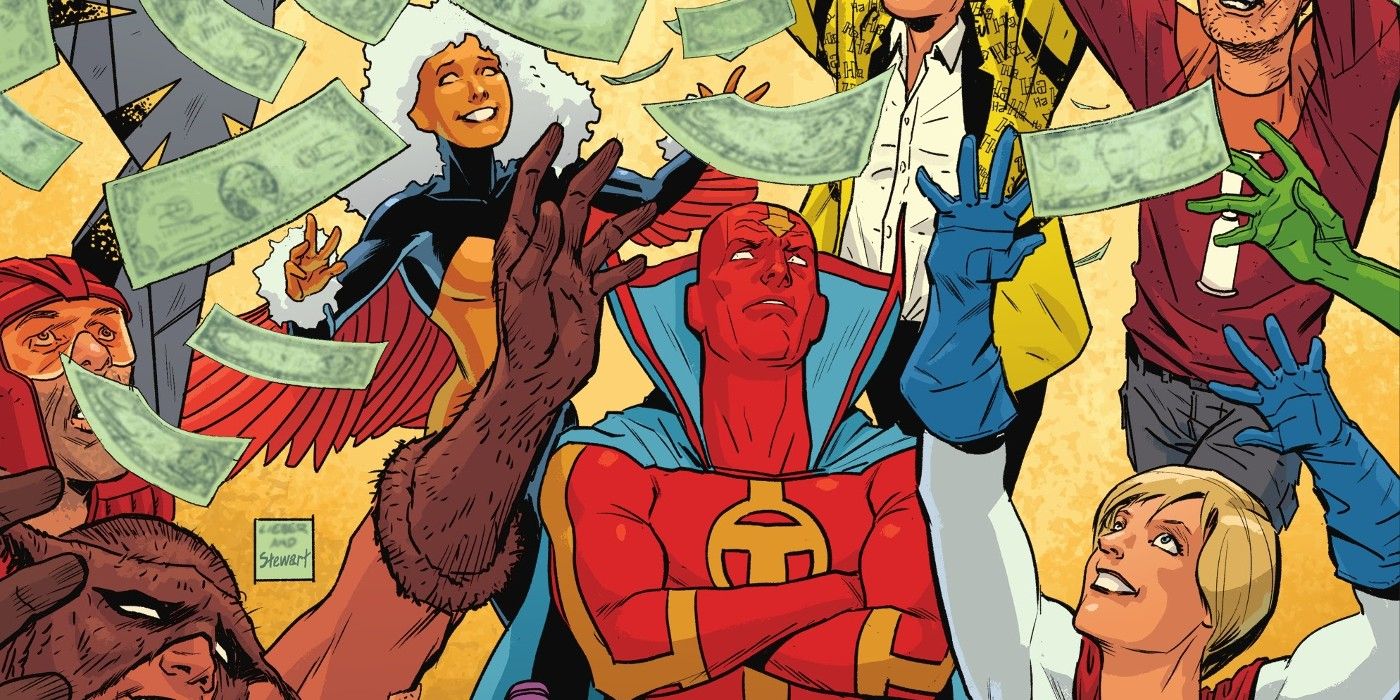 With the rise of the superhero genre in recent years, the hero life sits on a pedestal. It’s all anyone wants to be. The next generation of heroes is starting to come through, whether it be Jonathan Kent as the new Superman or Kate Bishop as the MCU’s next Hawkeye. The downsides of the job readers see often include losing friends or putting an everyday life out of reach. Still, the reality is far worse. DC just provided a glimpse into what it’s really like to be a hero – and it’s heartbreaking.

The D-listers of the DC Universe are the focus of a new series in One-Star Squadron #1 by Mark Russell, Steve Lieber, Dave Stewart and Dave Sharpe. Though the Justice League has funds enough to support their star-studded lineup, lesser-known heroes have a much harder life. For those at the HEROZ4U agency, making a career out of being a good person is a losing game.

RELATED: A Powerful Justice Leaguer’s True Origin Is Heartbreaking – and Changes Everything 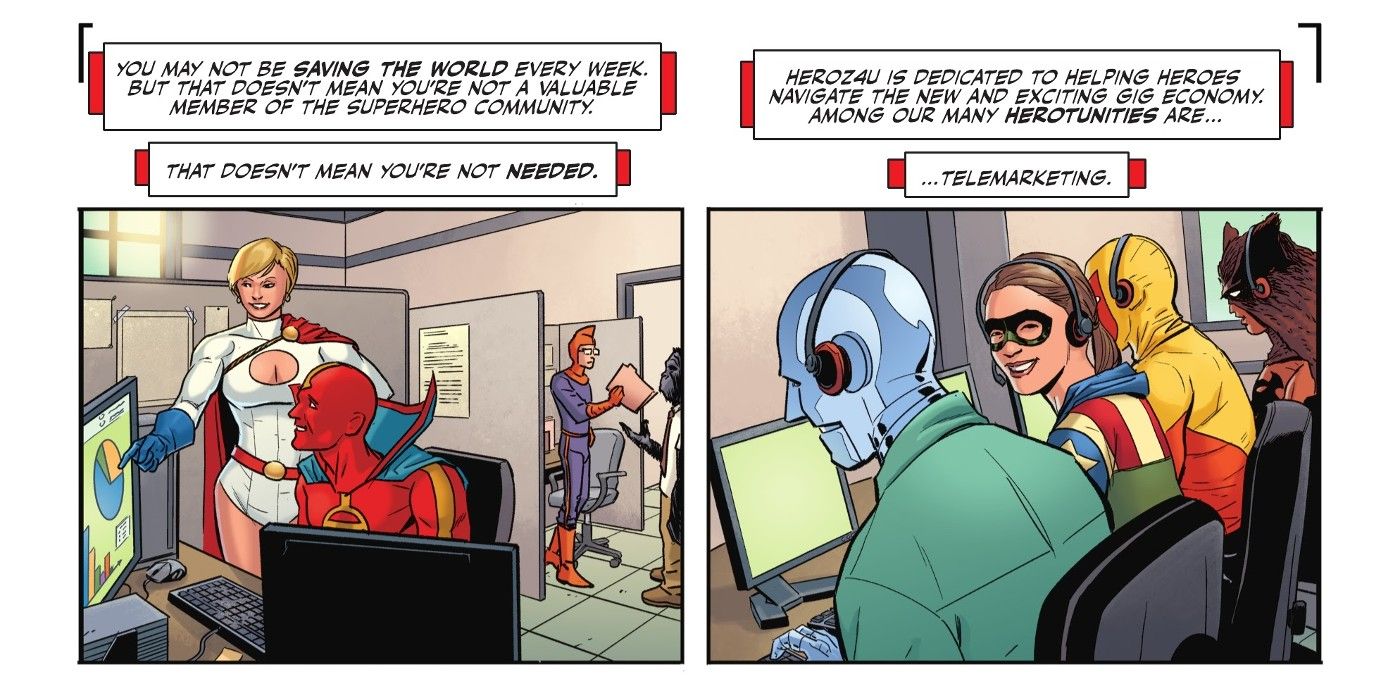 Superheroes enter the modern-day in this new series and in perhaps the most depressing way possible. Being a hero isn’t a steady career — it’s barely a career at all. Heroes are essentially freelancers, part of the gig economy. That’s what HEROZ4U is all about. It provides Earth’s champions with a way to make a living when they aren’t saving the world.

Some of those means include telemarketing, being paid to make personalized videos, and even making appearances at kids’ birthday parties. All sturdy jobs in the real world, but for people who have saved the world multiple times, it can be deflating work. Sure, they can do security, but who, exactly, is hiring them? Their employer could very well be someone they should be stopping. They obviously can’t, of course. Otherwise, they wouldn’t be able to make ends meet.

HEROZ4U caters to the often forgotten heroes. That’s why they need to rely on a wide variety of gigs to get by. But what about other heroes? Pretty much every hero works for free. Unfortunately, making money working as a hero often leads to bad ends. That’s the case with Spider-Man right now and though it’s fine for Ben Reilly, it means lawsuits for Miles Morales.

Superheroes regularly have some source of income to support their altruistic exploits. Superman has his job at the Daily Planet, for example, but what would happen if he lost it, though? He could rely on his wife’s salary, or he could use his super strength to create a diamond and sell that. Not exactly fair. The likes of Batman and Green Arrow have it even easier — they were rich from the start. Even with Batman’s billions reduced to millions, he’s still fully operational and self-sustaining. His money problems don’t even affect the Justice League, with Green Arrow footing the bill instead.

RELATED: Whatever Happened to the Justice League’s Forgotten Leader? 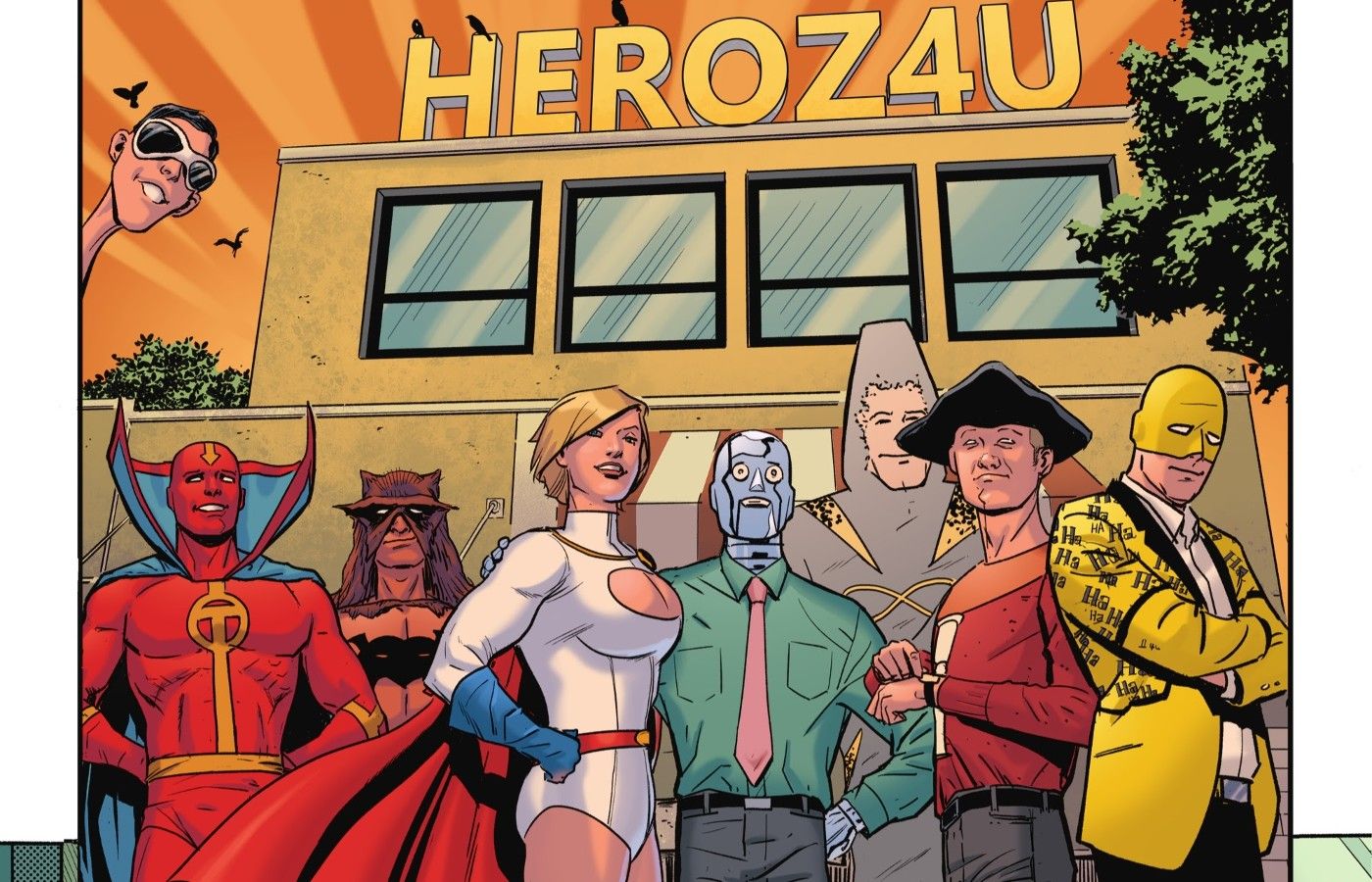 The millionaire/billionaire route has bailed out a lot of poorer heroes over the years. Rather than having these comic book stars get a day job, creators have opted to make life easy for them with lots of cash. Wally West won the lottery in his early days as the Flash. Peter Parker inherited a lot thanks to Doc Ock — as Superior Spider-Man — creating the lucrative Parker Industries. Most recently, Nightwing found himself without money problems after Alfred left him billions. The rags to riches trope helps lots of heroes save lives. Sadly, that opportunity doesn’t exist for everyone.

Many of the unlucky thus end up at HEROZ4U. Seeing them struggling to get by really highlights how hard it must be to do good. How many people have gone unsaved because these lesser-known heroes were too busy trying to save themselves? For some, it’s so hard that they may consider abandoning selfless profession altogether.

KEEP READING: The Teen Titans’ [SPOILER] May Have Doomed the DC Universe – Heres Why

A Golden Girls Restaurant Is Opening Up

Open Plea to the MCU: Kool-Aid Man, “The Thirst Avenger

Pokemon Scarlet and Violet: Every New Pokemon Revealed So Far