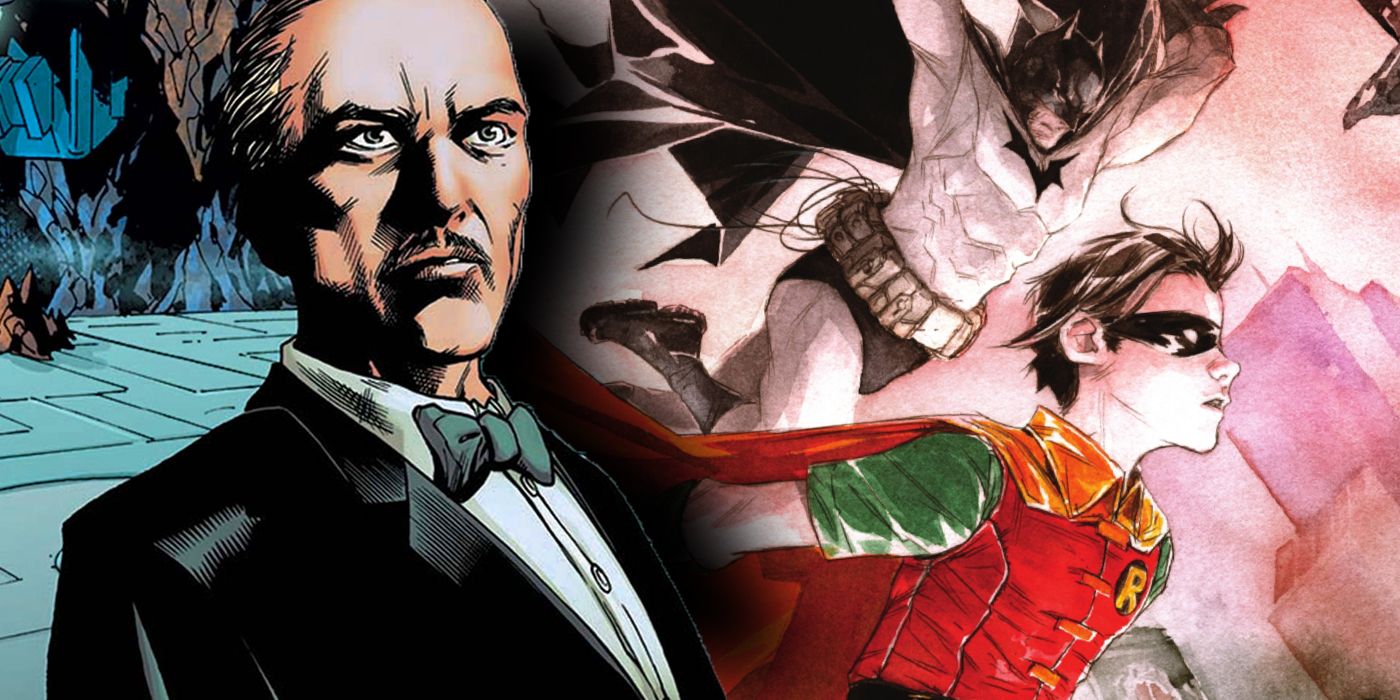 WARNING: The following article contains spoilers from Robin and Batman #2, on sale now.

In Robin and Batman #2 (by Jeff Lemire, Dustin Nguyen, Steve Wands), a standard meet-and-greet for Dick Grayson and the future Teen Titans turned out to be something far more sinister. When they returned from the event, Batman had Robin debrief him on the perceived weaknesses of the other sidekicks that could be exploited should they ever come to blows. This horrified Alfred, who rightfully called Batman a bastard for indulging in his worst trait: not trusting anyone and preparing to fight them in the future. To make matters even worse, he had Dick hold the event specifically for this purpose.

It’s not terribly out of character that Batman would have Robin do this. And yet, it reinforces the idea that Robin, still maturing as a young adult, can only trust himself. Robin has already demonstrated he is capable of adopting his mentor’s worst attributes, especially his paranoia. Earlier in the issue, Dick got into a fight at school where he easily beat several older students. Now it seems that Batman is only worsening his attitude by having him pretend to be friends with someone just to learn their weaknesses. 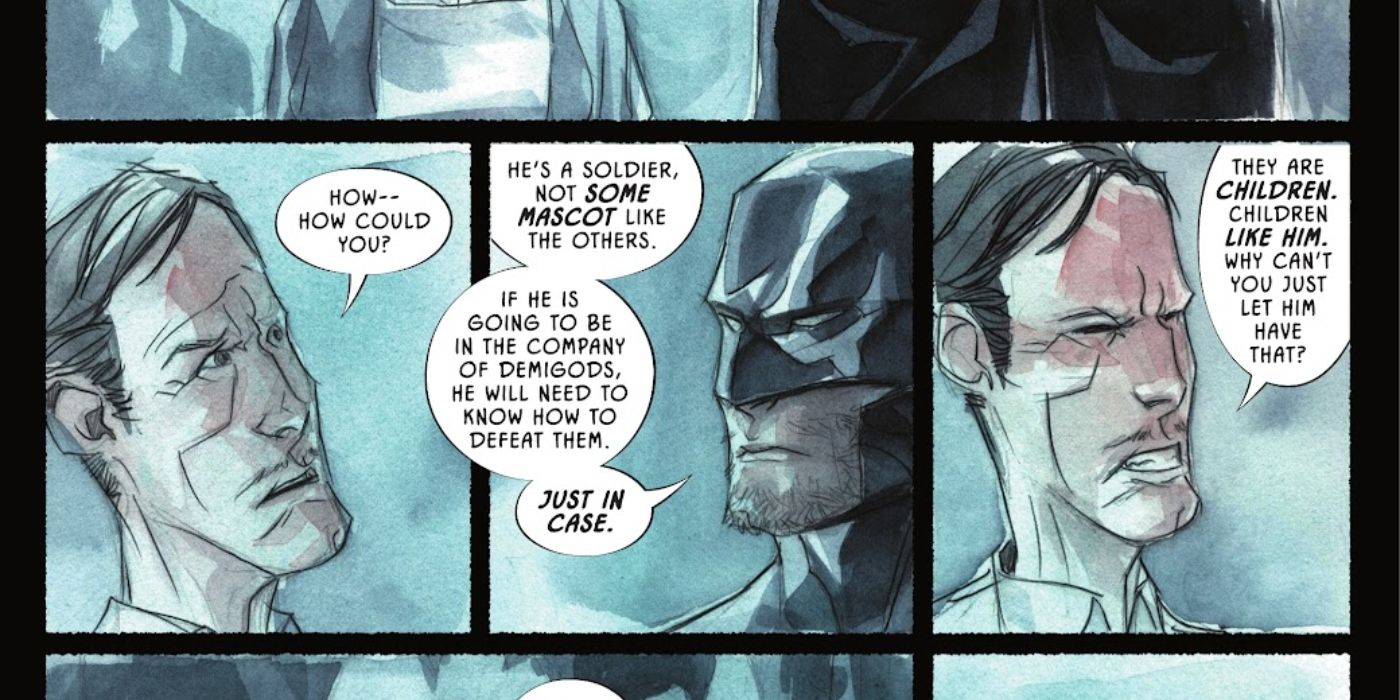 This outlook on life has come back to haunt the Dark Knight more than once. In JLA: Tower of Babel (by Mark Waid, Howard Porter, Steve Scott, Drew Geraci, Mark Propst, John Kalisz), it was revealed that Batman kept extensive records on the strengths and weaknesses of the Justice League, only for Ra’s al Ghul to steal and use them against his allies. The deed nearly ruined Batman’s ties to the rest of the superhero community forever. Now Batman is passing this lesson on to his young ward, something that Alfred is emphatically against.

Even worse was his reasoning for doing so. As he explains to Alfred, Batman won’t let Dick have a normal childhood experience because he never had one himself. It is an incredibly petty, borderline childish retort, one that demonstrated just how ill-equipped Batman is to properly raise a child. The justification that he needed a soldier on its own is concerning enough, but the fact that he is intentionally passing down habits that have harmed him and others more than once is horrifying.

RELATED: Batman and Spider-Man Have the Same Weakness – and It’s Kind of Embarrassing 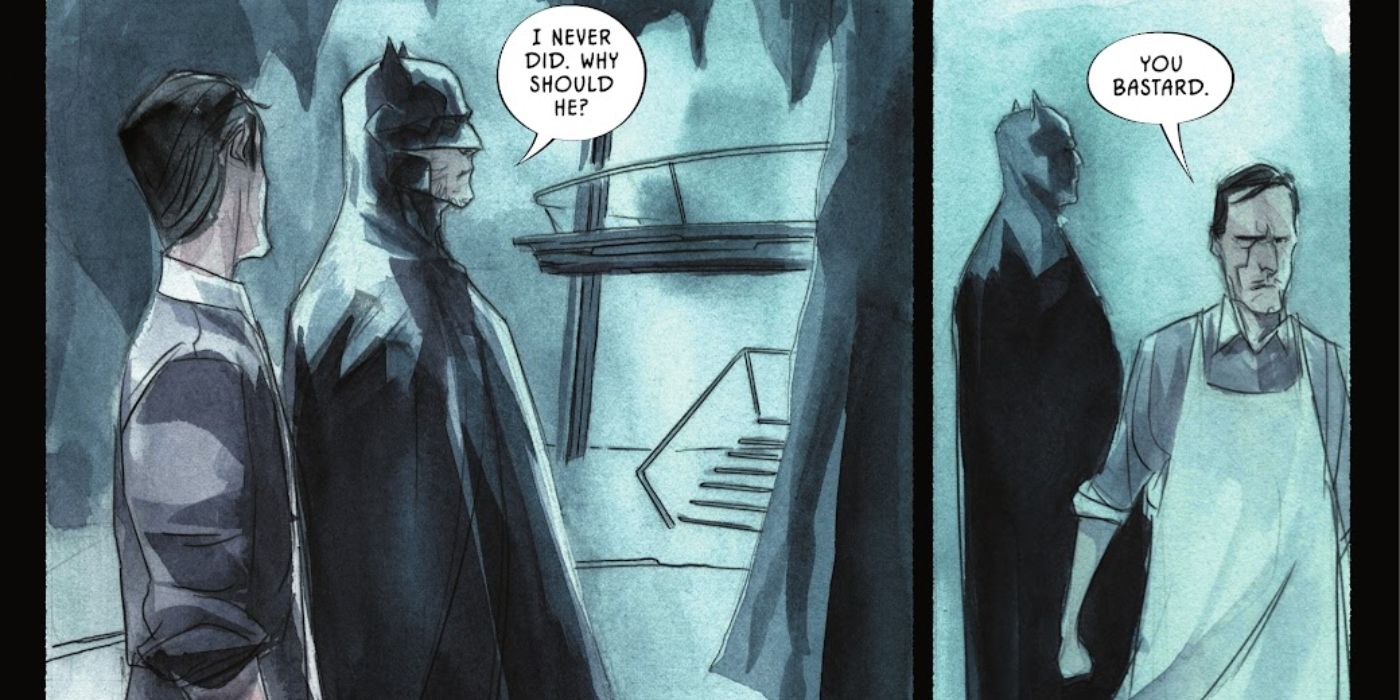 The thing that Batman has yet to realize is that a parent’s job is not only to protect their child, but also to make sure they grow up to be better than them. Batman isn’t raising a better man. And he isn’t even raising a better hero, rather he is trying to create a copy of himself, with all of his worst impulses driven home at a much younger age. Dick is already having a hard time connecting to others in his day-to-day life. And if he starts behaving like Batman while acting as Robin, he’ll be setting himself up for isolation all his life. This isn’t even considering how others might feel about him if he were to pick up the habit of pinpointing everyone’s weak spots.

Alfred was right to call Batman a bastard. After all, he is inflicting his own childhood vulnerabilities on Robin without considering any of the consequences.

KEEP READING: Batman Is Broken Again – And It’s Way Worse Than His Back