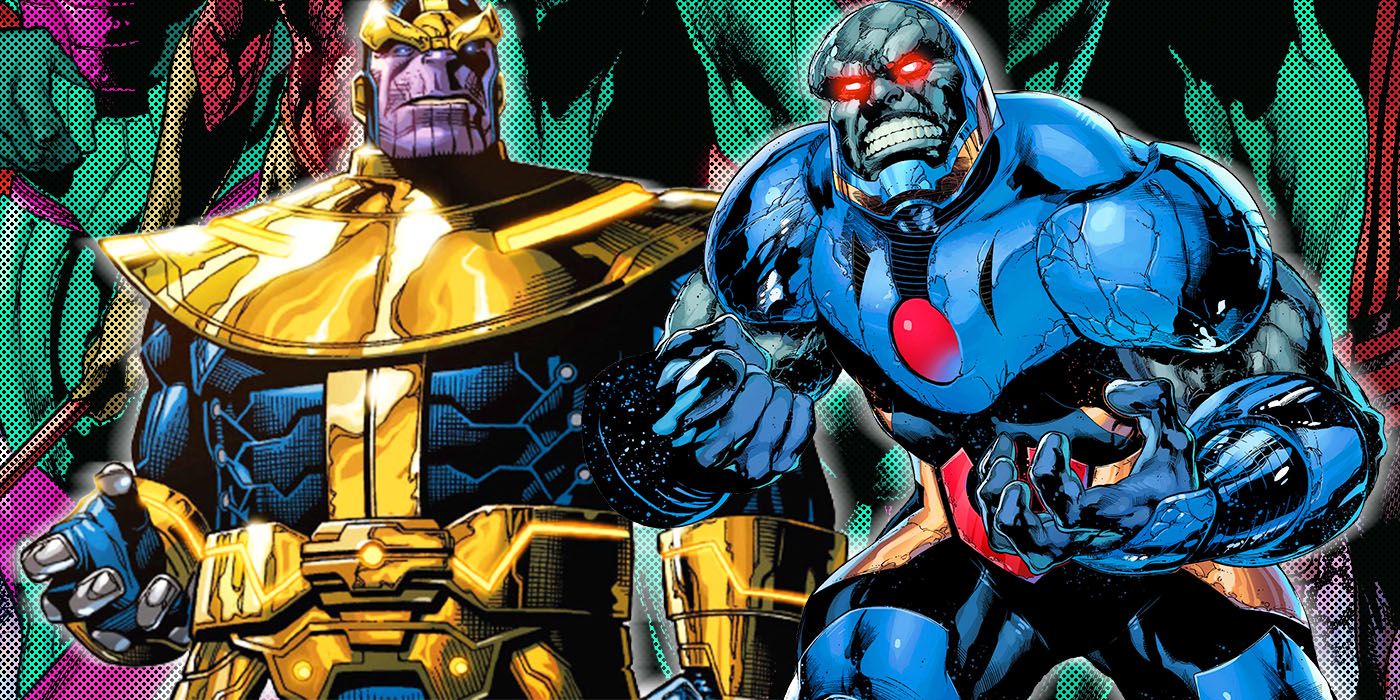 Both the DC and Marvel Universes have a history of directly referencing each other in their stories, ranging from deliberate counterparts to crafty subversions of the rival companies’ biggest characters. Now, one of them has fully lain down the gauntlet and made it clear that their ultimate bad guy could easily wipe out their competition.

In Justice League Incarnate #1 (by Joshua Williamson, Dennis Culver, Brandon Peterson, Andrei Bressan, Tom Derenick, Hi-Fi & Tom Napolitano), Darkseid faces off with DC’s equivalent of Thanos — and their titanic fight finally settles which one is the most powerful. 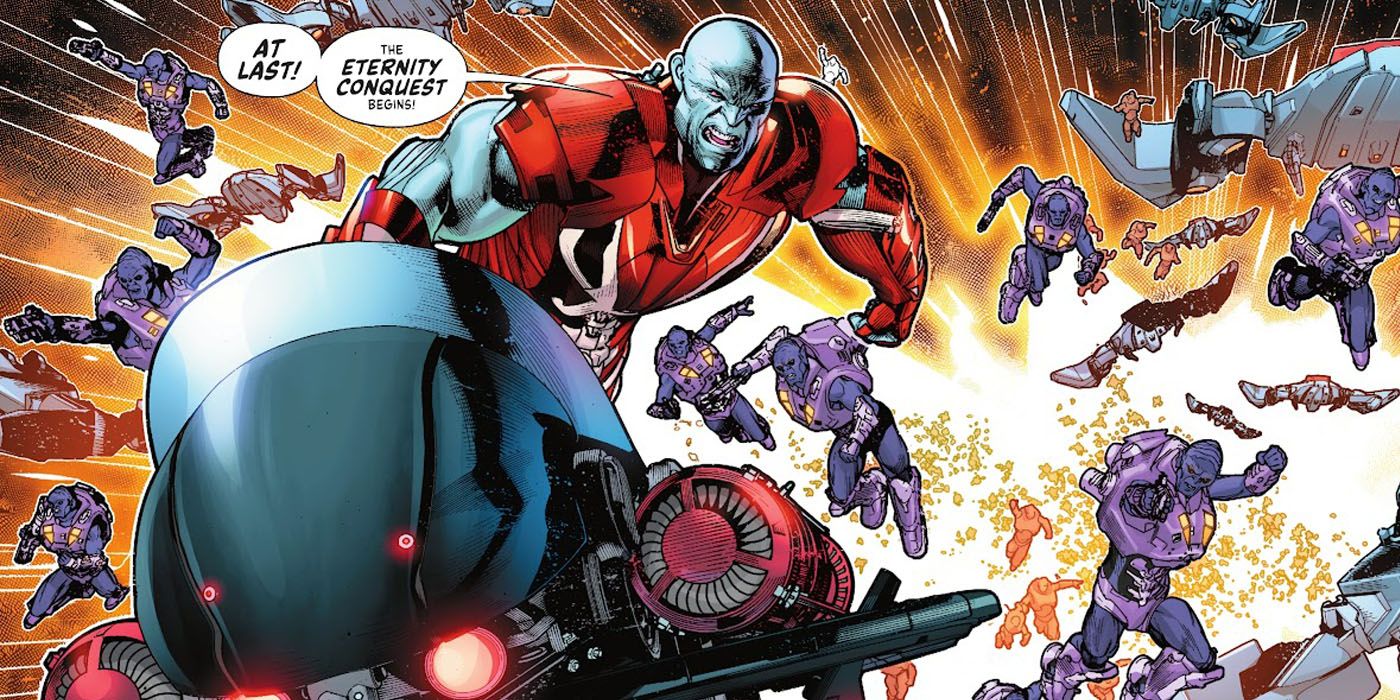 In the current DC Universe, Earth-8 is home to the Retaliators. The universe is designed largely in reference to the Marvel Universe, with major figures like American Crusader and Machinehead standing in place of figures like Captain America and Iron Man. This also means they have their own equivalent of Thanos — Tartarus, one of Earth-8’s most fearsome forces.

Identifying multiversal energies present on their world, Tartarus stages an attack against the Retaliators that seemingly results in multiple deaths for the team as he seeks to claim that power for himself. But it isn’t long before he’s confronted both by the heroic multiversal team known as Justice Incarnate, as well as Darkseid, who arrives on the world to claim the energy for himself. 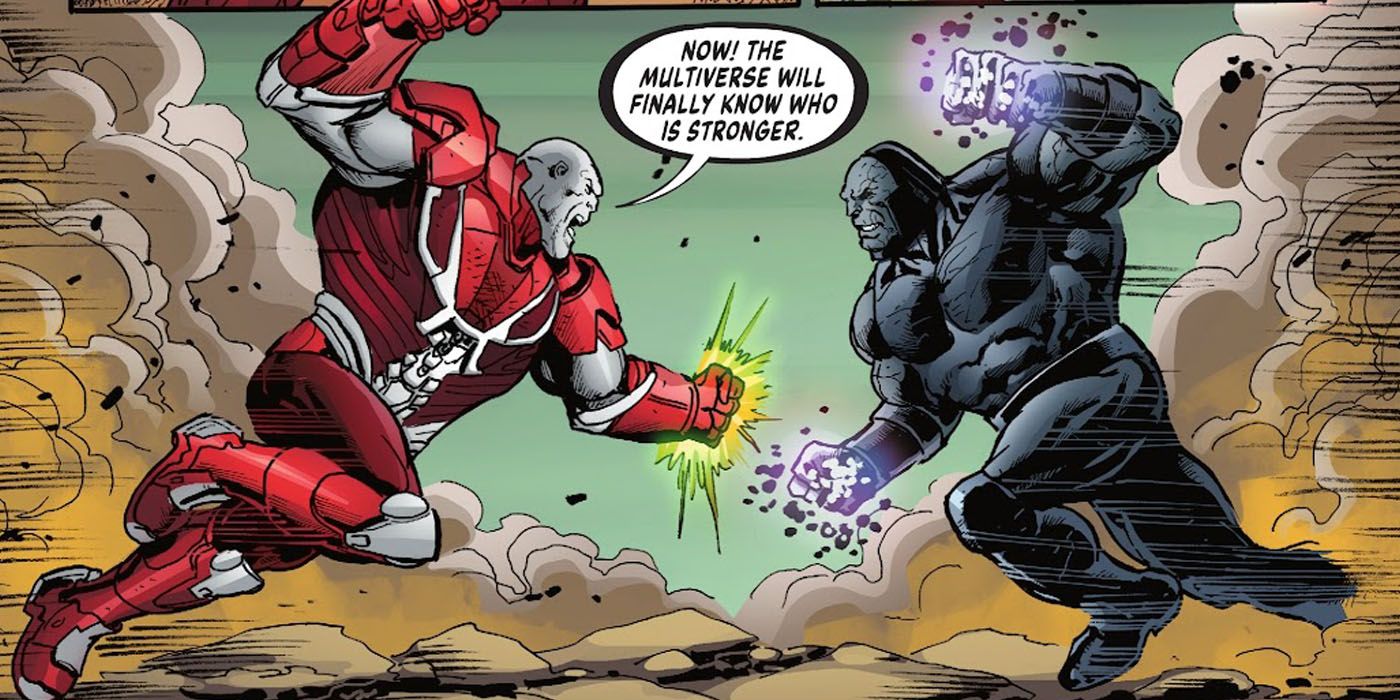 Despite hailing from different publishers, Thanos and Darkseid have long been linked together. Thanos was created by Jim Starlin, who has openly described how the character was in part designed in contrast to Darkseid and Metron from Jack Kirby’s New Gods. Both are nominally the most powerful cosmic threats in their respective universes, with both characters possessing immense power, lethal intent, and plans for the future. They’ve confronted each other in Marvel/DC crossovers in the past.

They were even boned into a single being in the short-lived Amalgam Universe. Justice League Incarnate #1 further cements this bond between the two, revealing that a previous aspect of Darkseid had found a worthy rival in the Thanos-inspired Tartarus and devised something of a peace treaty with the villain. 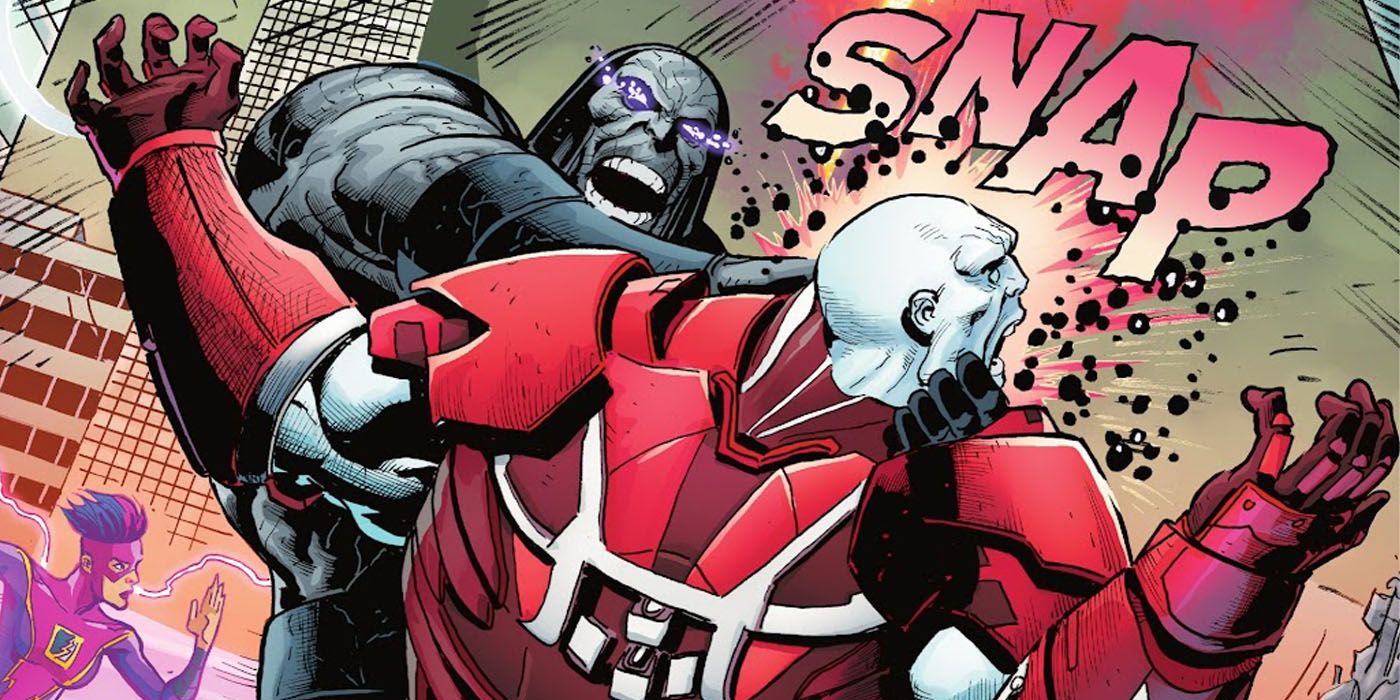 Since absorbing all the other variants of himself and returning to a place of pure primal power, Darkseid has decided that the former bargain means nothing. The two come to blows, with Tartarus even reciting some famous Thanos lines from his appearances in the Marvel Cinematic Universe. But despite Taratarus’ impressive power — with the villain even revealing his Eight Rings of the Ancient Spectrum (this world’s version of the Emotional Spectrum), there’s nothing he can do against a fully empowered Darkseid. Although he lands a couple of impressive blows, it isn’t long before Tartarus is killed by the ruler of Apokolips. The victor offers a commentary in regards to his fallen opponent, calling Taraturus — and by extension, Thanos —  a pale imitator of his might.

It’s a solid showing from Darkseid, and a realistic outcome of a conflict between the two. While Thanos is a remarkably powerful being in the Marvel Universe, he’s never truly reached Darkseid’s level of omnipotence and power. Whereas Thanos can be defeated and rise up to rally new destructive armies, Darkseid has almost caused the end of all things, multiple times. A twisted Titan like Thanos (or Tartarus) can’t stand against the far more cosmic reach of a denizen of the Fourth World. It honestly makes sense that Darkseid — especially in his current form, which was strong enough to wipe out the Quintessence in a single act — would see a being like Thanos as little more than a speedbump in the grand scheme of things.

KEEP READING: How Darkseid Caused The Creation Of The Justice League Twice Before The DCEU

Forspoken Has Reportedly Been Delayed

Red Notice Beats Bird Box As Netflix’s Most-Watched Movie, According to The Rock