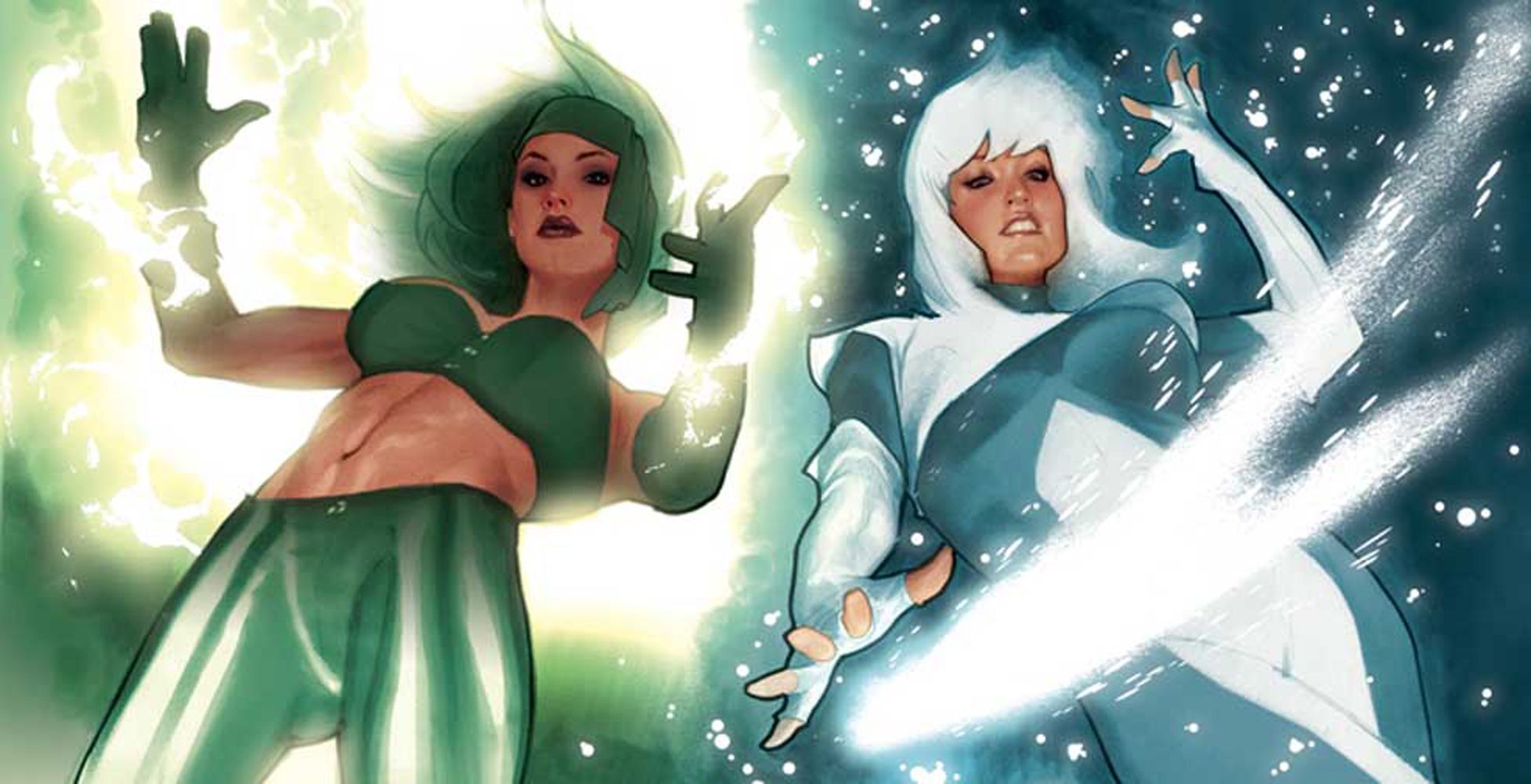 WARNING: The following contains spoilers for The Human Target #2, on sale now from DC Comics.

Comic book retcons often come alongside reboots, whether they are line-wide or just focused to a single title. Sometimes retcons revamp tried and true origins for classic characters and can come as a surprise, especially when they are so different from the previous iteration. 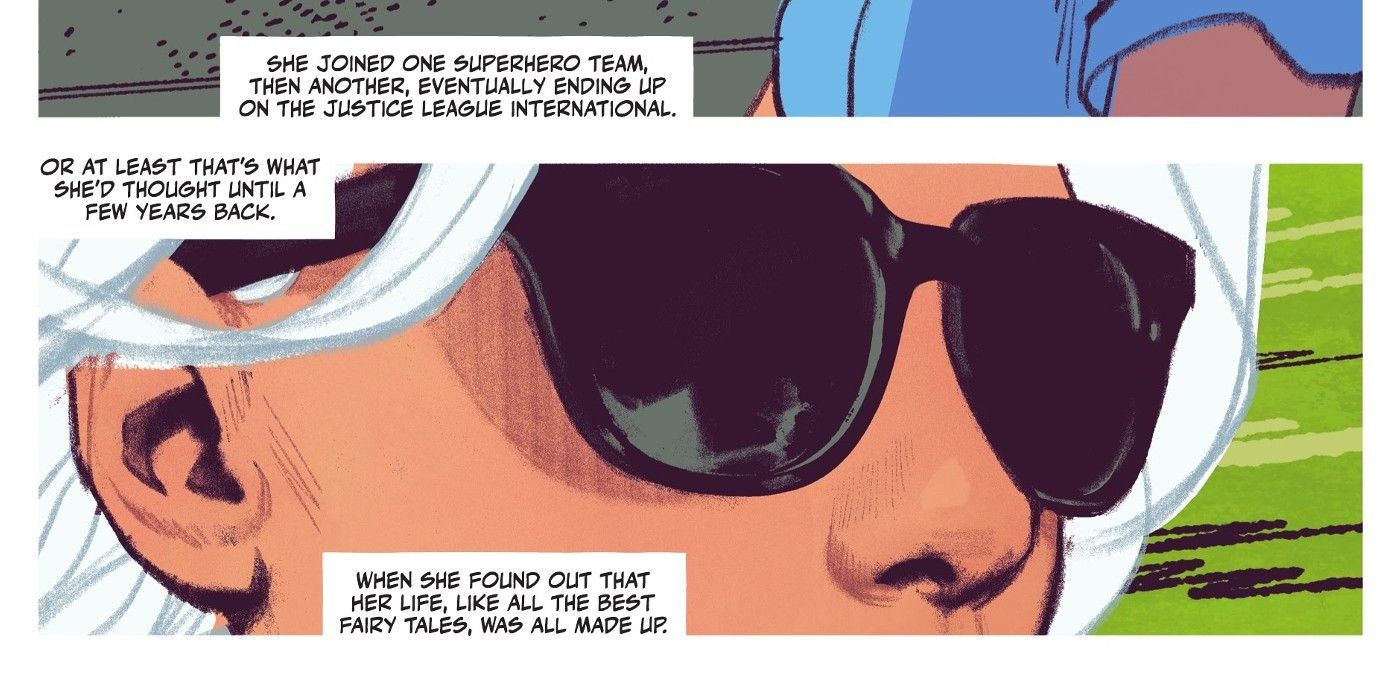 The titular Human Target, Christopher Chance, takes a poison intended for Superman archenemy Lex Luthor. As a result, he only has 12 days to live. If that wasn’t bad enough, his would-be killer is a member of the superhero team Justice League International. But who among this heroic assemblage of heroes is capable of murder? That is what the doomed Chance attempts to find out. His investigation starts with the kind and unassuming hero Ice. As she opens up to him about her past, she reveals the heartbreaking connection between her two histories.

Ice, or Tora Olafsdotter as she is otherwise known, was originally a princess from a forgotten magical ice tribe. When it was discovered by explorers, Tora’s father sent her off to be an ambassador for their tiny idyllic village. She went on to become the hero Ice and join the JLI. DC largely portrayed this origin as a whimsical story, but in Chance’s retelling, it’s retconned into a fairytale. Ice’s true origin is far darker and is more brutal.

In 2010’s Justice League: Generation Lost (by Judd Winick, Keith Giffen, Aaron Lopresti and Joe Bennett), Ice was never a princess. Instead, Tora’s family was part of a poor, rural Norwegian community. Her ice superpowers were not magic, they were metahuman. The family kept these powers a secret from Tora’s villainous grandfather for fear of what he would do to her. When he eventually found out, he attacked Tora’s father, and the young girl tried to use her still-developing powers to save him. She managed to stop her grandfather by freezing him in ice and killing him. Unfortunately, the attack that was meant to save her father claimed his life as well.

DC never explained how this new origin connected to the original telling, possibly due to the retcon’s proximity to the New 52 reboot. This line-wide resetting of DC’s continuity happened a few months later and removed Ice and the JLI. Now that Infinite Frontier has restored this history, The Human Target once again provides a connection that unites the original and the retcon. 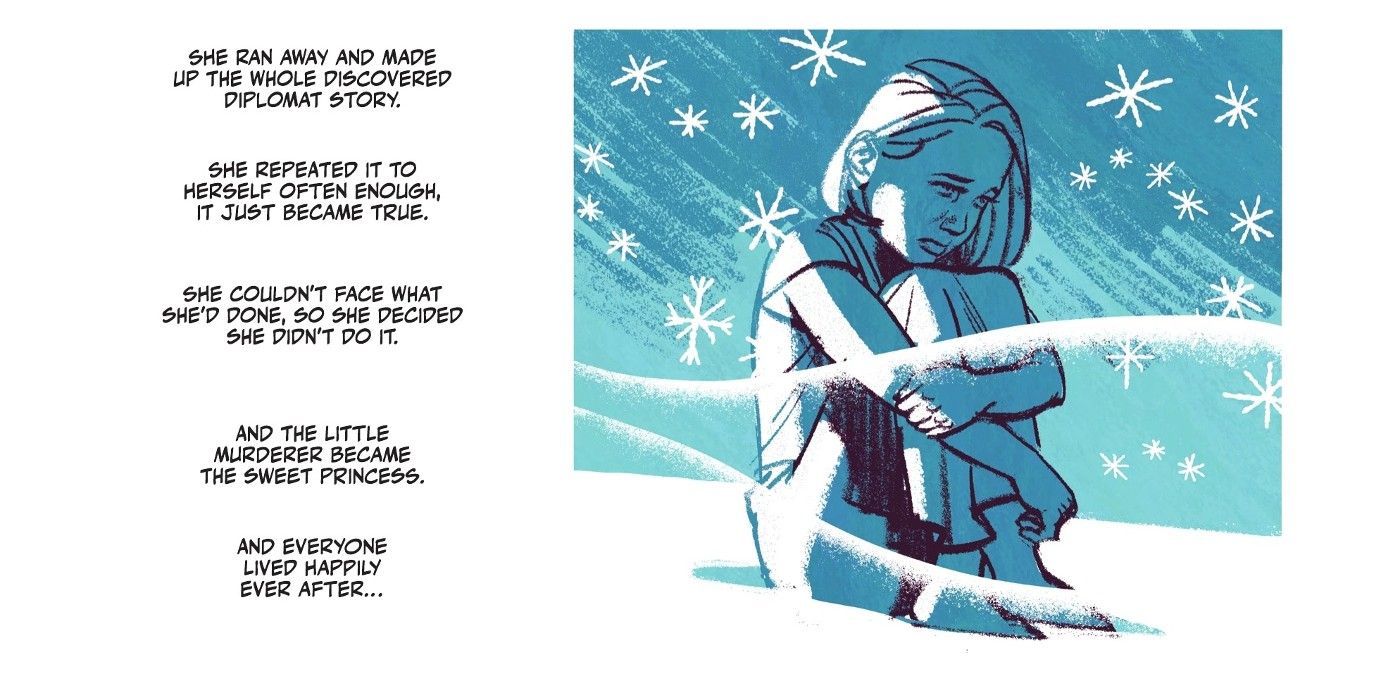 After she accidentally killed her father, Tora ran away and made up the story of her original origin. She told the lie to whoever she met but also came to believe it herself. She told it so much that she forgot her tragic history and believed her own lies. Her place on the Justice League International fits this idyllic narrative. After all, the team started out as a quirky, lighthearted group of super friends. But the retcon gave this narrative dimension a sinister twist. Ice’s true origin mirrors the team’s transition to one defined by tragedy, with more than one murderer among their ranks.

Though some retcons completely ignore what came before, the ones that do not and rely on the original history often enrich their stories for the better. For example, Hal Jordan’s turn as a villain in Zero Hour was retconned into him having been possessed by Parallax, the entity of Fear. It served to enhance what came before, not erase it. Identity Crisis did something similar, by giving a dark explanation for why Doctor Light went from a major threat to a harmless Teen Titans foe. Not only did it connect inconsistencies, but it also added to the story being told.

Ice’s retcon does something similar to these storylines. In the end, her original history is now a lie she tells herself. The retcon is tragic but gives the revamped superheroine a sense of pathos and new story possibilities.