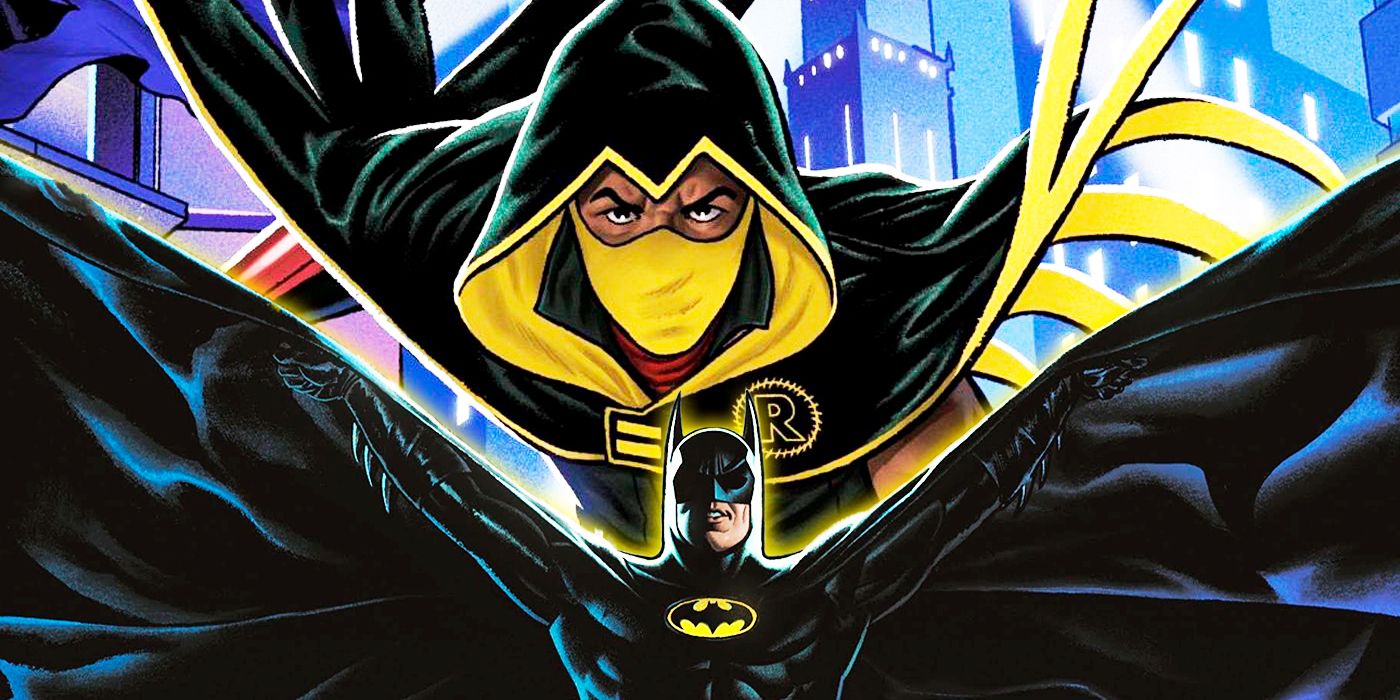 WARNING: The following contains spoilers for Batman ’89 #4, now on sale

Batman ’89 has been fleshing out the world of Batman and Batman Returns, introducing unique takes on DCU comic book characters like Barbara Gordon and Harvey Bullock. And yet, the comic book title’s take on Robin is the most radical reinvention of a classic concept.

In this universe, Robin transcends his sidekick status and becomes his own unique hero in Batman ’89 #4 (by Sam Hamm, Joe Quinones, Leonardo Ito, and Clayton Cowles).

RELATED: The Best Live-Action Joker Is a Divisive Topic, But Critics Have a Clear Favorite 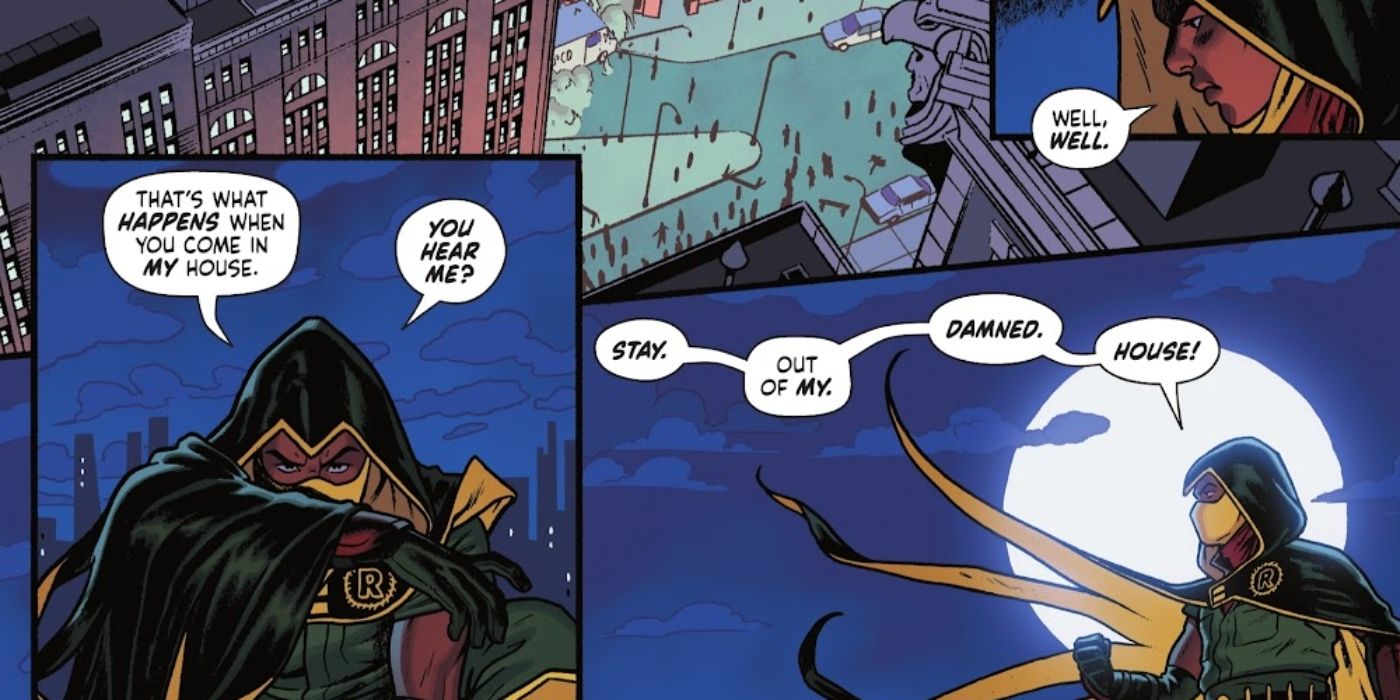 Drake Winston proves to be a self-motivated and defiant Robin. He is quick to defend his Burnside neighborhood in the face of an increased police presence. For example, Drake provides the neighborhood’s denizens with paint to fight back against the heavily-armed police thereby deterring more police from moving into the area. But there is an innate heroism to Robin as well that goes beyond his social activism.  Drake displayed this trait earlier in the title when he saved Harvey Dent from a burning building. Despite being fundamentally different crimefighters, Drake and Bruce Wayne / Batman share an impulsive heroism.

Drake is also a capable detective in his own right. He knows Bruce is Batman. He is not afraid to reveal his identity to Batman because he wants to bring rapid peace back to Gotham City.  This version of Robin is not in awe of or deferential to Batman. The young Robin’s forthrightness proves he is Batman’s equal. From a narrative standpoint, this take on the Batman and Robin relationship is a refreshing idea. Hamm and Quinones still embrace the best elements of the character while giving him an agency he sometimes does not have in many past depictions. Robin’s intense devotion to Burnside’s well-being demonstrates he is independent. Within the framework of their relationship, it is clear that Batman and Robin’s partnership is one of shared goals.  This portrayal also manages to deftly avoid altogether the ethically questionable habit of Batman recruiting teenagers to fight alongside him. 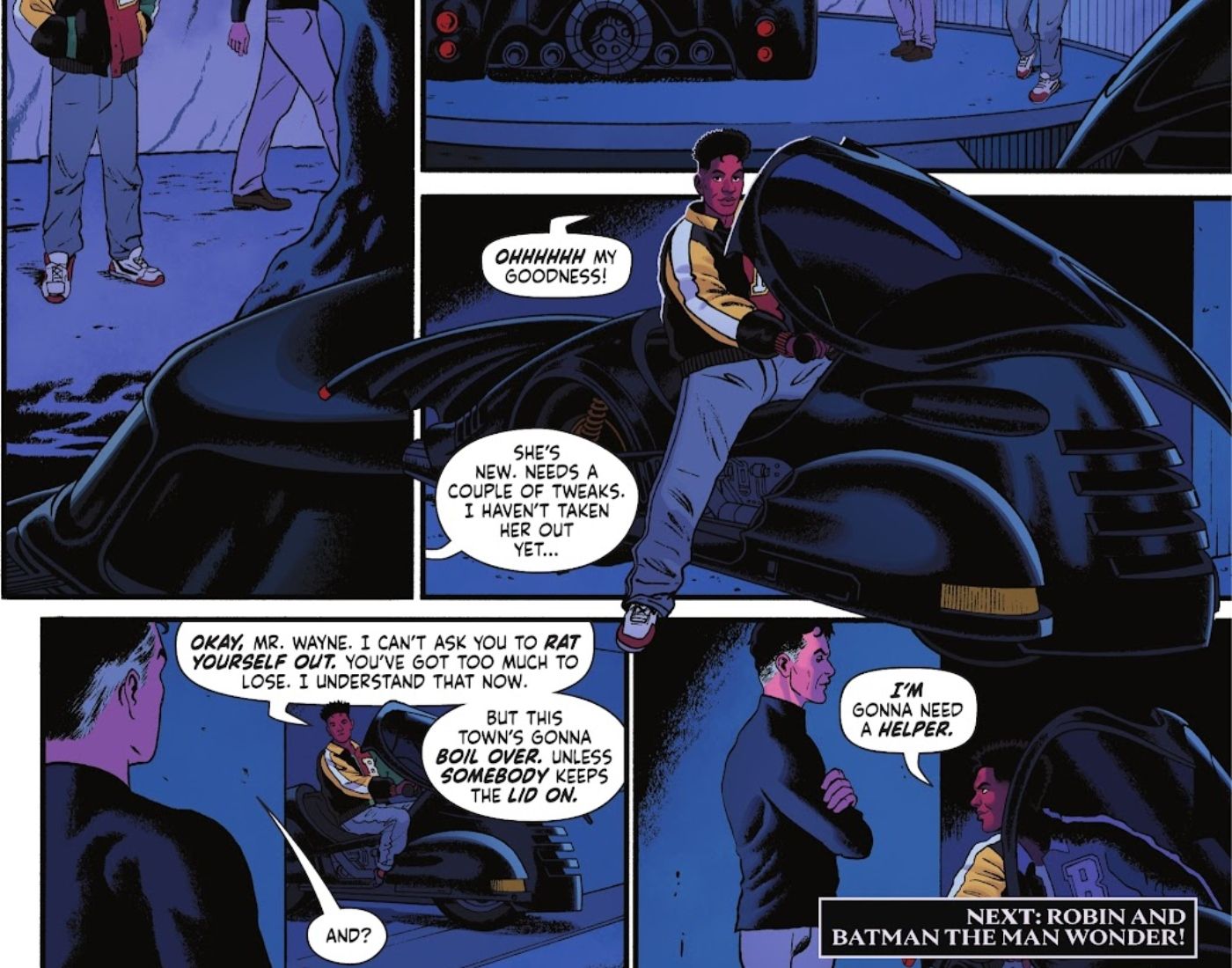 By having a Robin who is an independent force for good in Gotham City instead of just Batman’s back-up, Batman ’89 introduces a far more complete character, regardless of his connection to the Caped Crusader. Robin may become a more capable hero as he grows and utilizes Batman’s immense resources but it does not pigeonhole him as a surrogate son or the loyal assistant. It is a genuine attempt to transform the Dynamic Duo into a true partnership. The fact that it is a Robin who fights for Gotham City’s less fortunate makes it even more apt. Robin can focus on particular nuances of their shared mission instead of just contrasting directly against Batman himself.

Batman ’89 has found a way to introduce a wholly original Robin who feels as fleshed out as any of the core-Robins in only a handful of issues. He takes certain elements from other incarnations of the character — the banter of Dick Grayson, the impulsiveness of Jason Todd, the wits of Tim Drake — while also standing out very much as his own character thanks to his enhanced agency and heroism. If he had been introduced in the Batman films that followed Batman Returns, Drake Winston’s portrayal could very well have redefined the character.

Today’s Wordle Is a Tough One