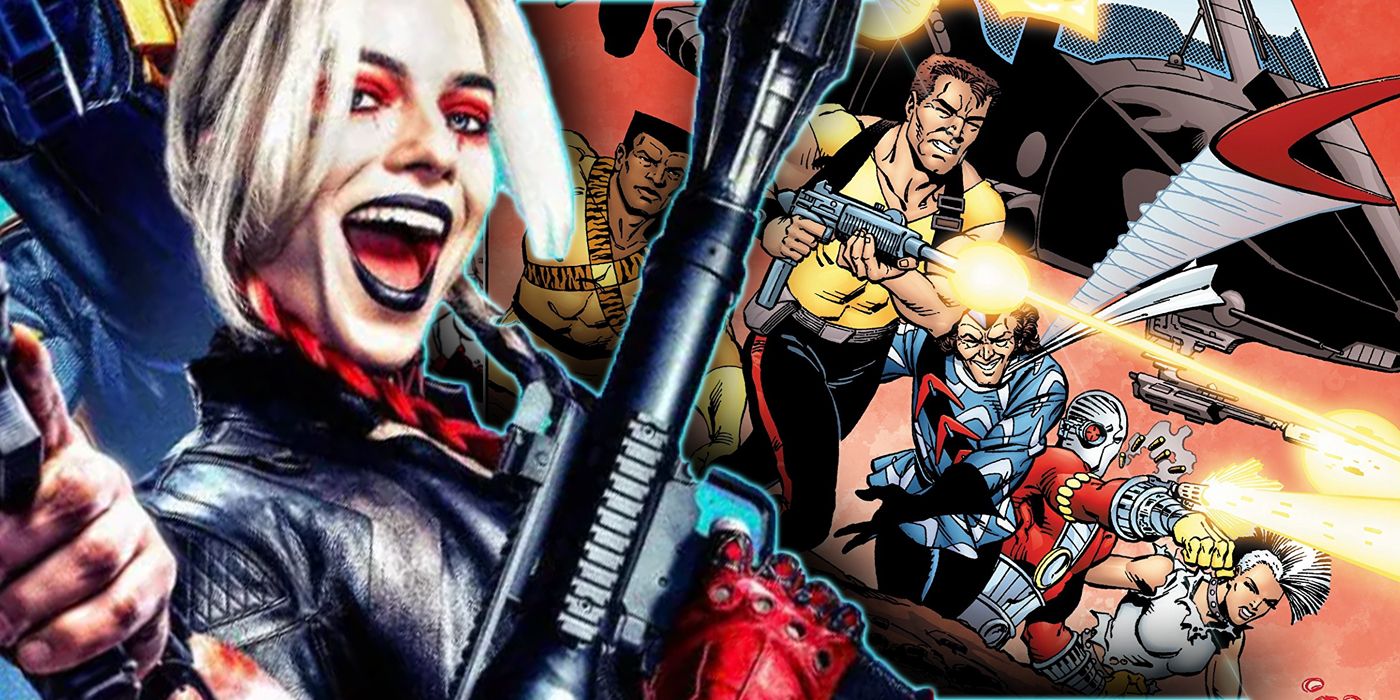 While the Suicide Squad has been a staple of the DC Universe for decades, the team of DC’s worst supervillains is not known for being the universe’s most effective or even competent assemblage of talent. Task Force X was always something of a hard-luck case because of their high mortality rate and hard-fought success, befitting their grim moniker. And while the Infinite Frontier era incarnation of the Suicide Squad openly ponders if they are the worst iteration of the team to ever grace the DCU, they also settle the debate on which past version is the best.

In Suicide Squad #10 (by Robbie Thompson, Eduardo Pansica, Julio Ferreira, Dexter Soy, Marcelo Maiolo, Allen Passalaquia and Wes Abbott), Ambush Bug reveals which version of the Squad takes top honors. The Suicide Squad’s latest mission has them explore the ruins of the Green Lantern Corps’ headquarters on Oa to obtain two packages on behalf of their director Amanda Waller. While largely abandoned, this assignment pits them against the recent Green Lantern recruit Jo Mullein, with the cosmic superhero more than proving herself as she singlehandedly defeats the Squad. The team is then banished to the Sciencells, where the Green Lantern Corps confines the deadliest figures in the DCU. 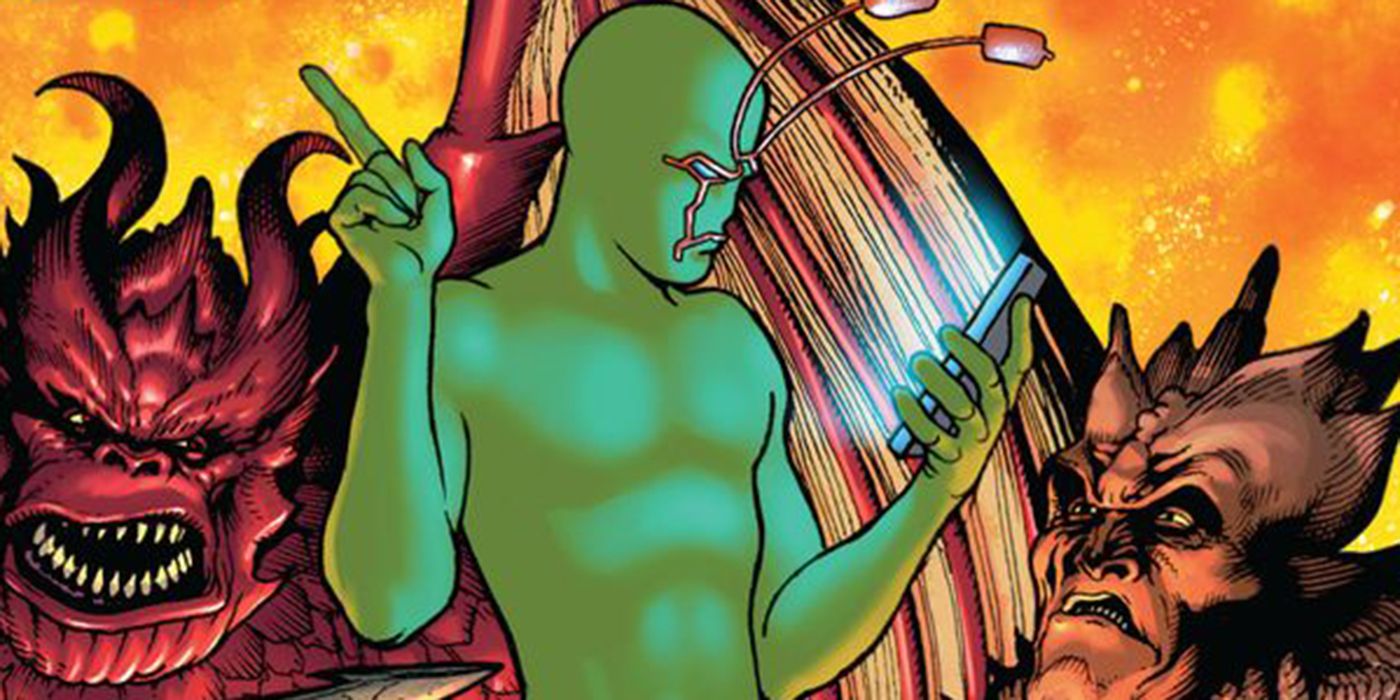 Given that Ambush Bug is the DCU’s resident fourth wall-breaking superhero, he observes that the best iteration of the Suicide Squad is the one helmed by writer John Ostrander. It was Ostrander who developed the modern iteration of the Suicide Squad, which had formerly been an espionage team linked back to DC’s World War II comics from the Silver Age. Now reimagined as a black ops team of supervillains vying for a presidential pardon, the modern version of the team spun out of the 1986 crossover event Legends. Ostrander wrote their initial volume for its entire 66-issue run.

Like all of Ambush Bug’s fourth wall-breaking moments, these musings are quickly dismissed by the rest of his teammates. And yet, the Bug is right in his observation. No single comic book creator has done more to make the Suicide Squad what it is today. Ostrander co-created Amanda Waller with Len Wein and John Byrne and set the template for future iterations of the Suicide Squad while introducing new fan-favorite characters. For his part, Ostrander received much-deserved recognition in a small cameo in the film adaptation of The Suicide Squad to acknowledge his contributions to the comic’s enduring legacy and popularity amongst fans. 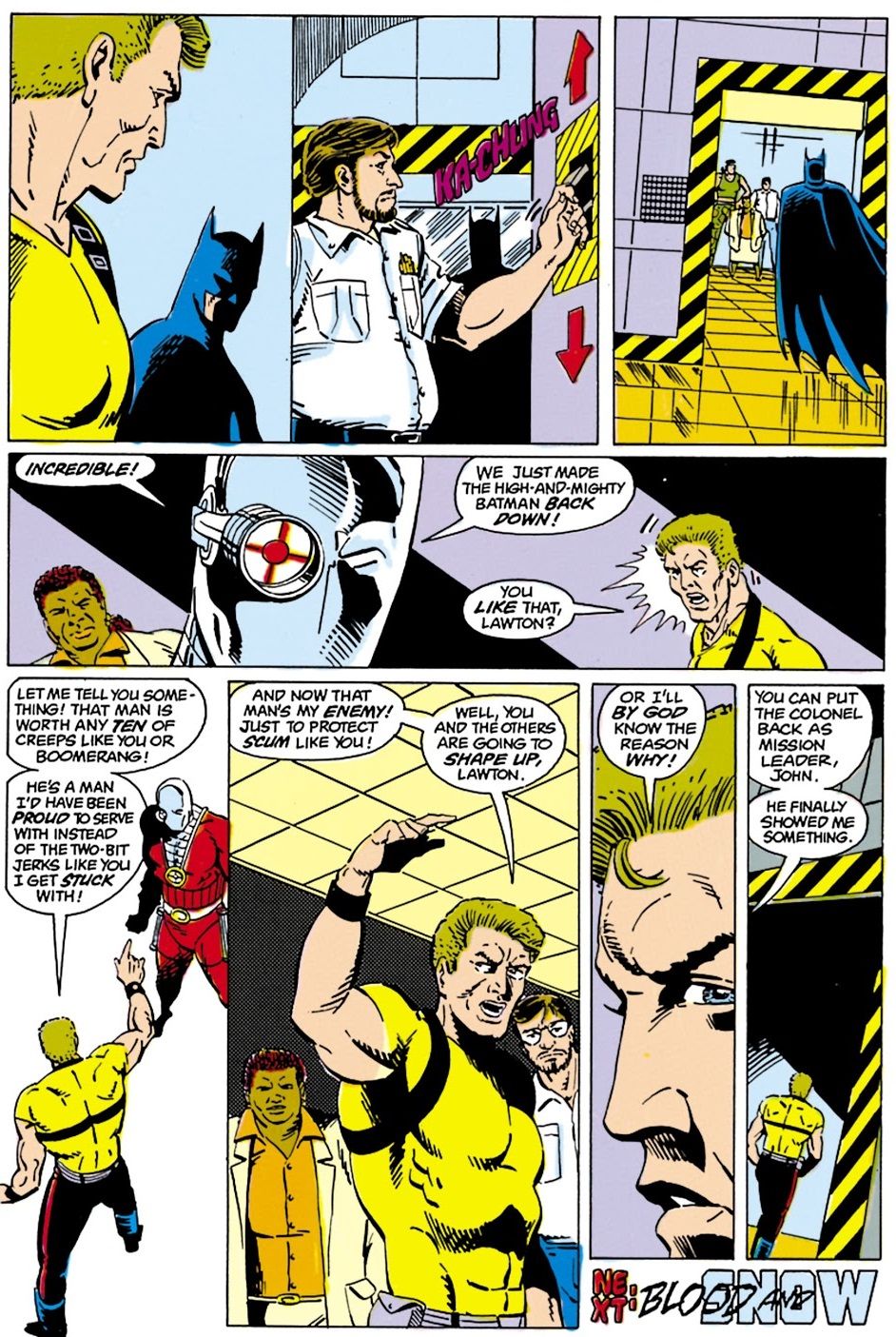 Ostrander’s run on the Suicide Squad is a masterclass in subverting expectations within the superhero comic book genre. He consistently introduced new villains to a core cast of characters that saw a heavy turnover rate due to the nature of the Squad’s missions. Ostrander effectively gave the DCU its own “Dirty Dozen,” one that has grown to become one of the most popular properties in DC’s extensive library of super teams.

The Infinite Frontier version of the Suicide Squad is definitively underpowered and already faced crushing defeat on more than one occasion.  They have lost a few of their members as enemies continue to circle around them, as well, which is never a good start. The era of Ostrander’s run seem like halcyon days gone by, as the current team barely survives, much less succeeds at their missions. Time will tell if this version ever achieves the longevity of Ostrander’s teams.

KEEP READING: Is DC’s King Shark Villain Inspired by One of YouTube’s Most Popular Influencers?