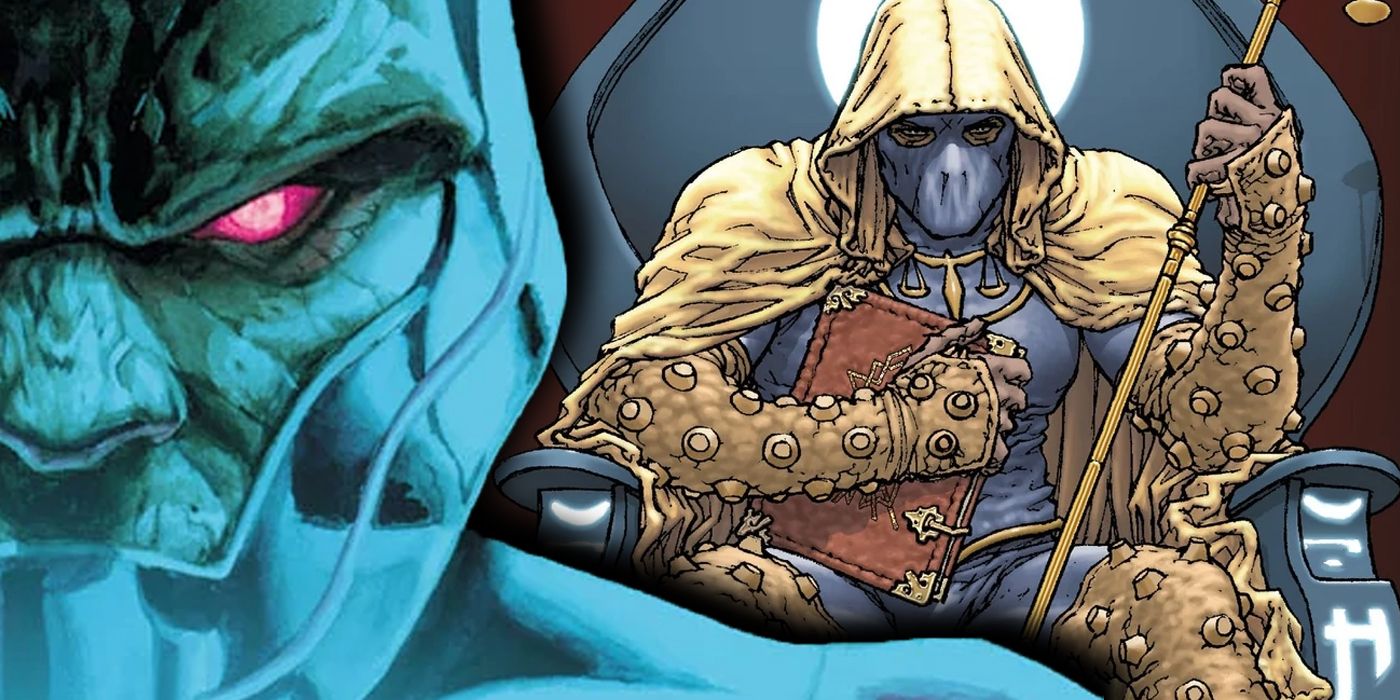 Since the launch of the Infinite Frontier limited series, the multiverse has been playing a massive role in the status quo of the DC Universe. However, the reintroduction of a forgotten villain has made it clear that the threat to the infinite number of Earths has only just begun.

Although she’s working for T.R.U.S.T. now, Dinah Lance (aka Black Canary) still has doubts about the mysterious organization. This leads to the hero doing a little investigative work in Deathstroke Inc #3 (by Joshua Williamson, Howard Porter, Hi-Fi, and Steve Wands). Though Juliette Ballantine brought the veteran Justice Leaguer into the organization with the revelation that the Golden Age Black Canary was a member of the group, Lance now realizes that this was all a deception. As the Canary eavesdrops on her new boss, she finally learns who’s really behind T.R.U.S.T. – and she isn’t happy.

RELATED: One of DC’s Most Dangerous Villains Is Getting a Massive Power-Up 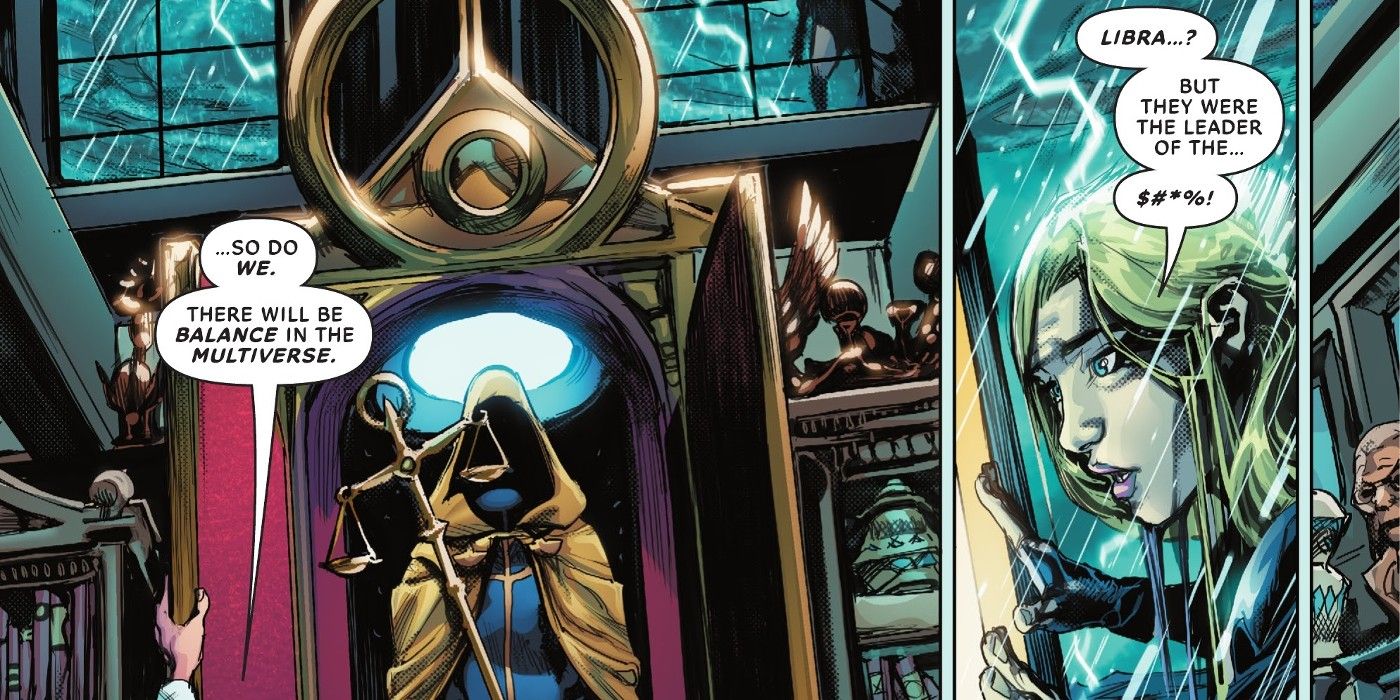 T.R.U.S.T. has been obsessed with bringing balance to the world by taking down some of its most powerful villains, and it seems that goal extends to the multiverse as well. It turns out that this obsession with balance comes from the obscure villain Libra. Created by Len Wein and Dick Dillan, Justin Ballantine believed the world was all about balance after his parents’ deaths. His first appearance in 1974’s Justice League of America #111 saw him make quite an impression on the DC Universe. Not only did he use a device to absorb the powers of Superman, Batman and the Flash, but he also used it to absorb the energies of the universe, turning himself into a god. However, his human body couldn’t take the energy and he ended up being absorbed by the energy.

This was his one and only appearance before he was lifted out of obscurity to become a major villain in Final Crisis (by Grant Morrison and J. G. Jones). The forces of Darkseid pulled the villain’s essence from the cosmos and returned him to his physical form. After reformed the Secret Society of Super-Villains, Libra enslaved many of the world’s heroes, but was ultimately foiled by Lex Luthor. After being shot, Libra’s body disappeared, and it was later revealed that the obscure villain was the embodiment of the Anti-Life Equation before he was eliminated. 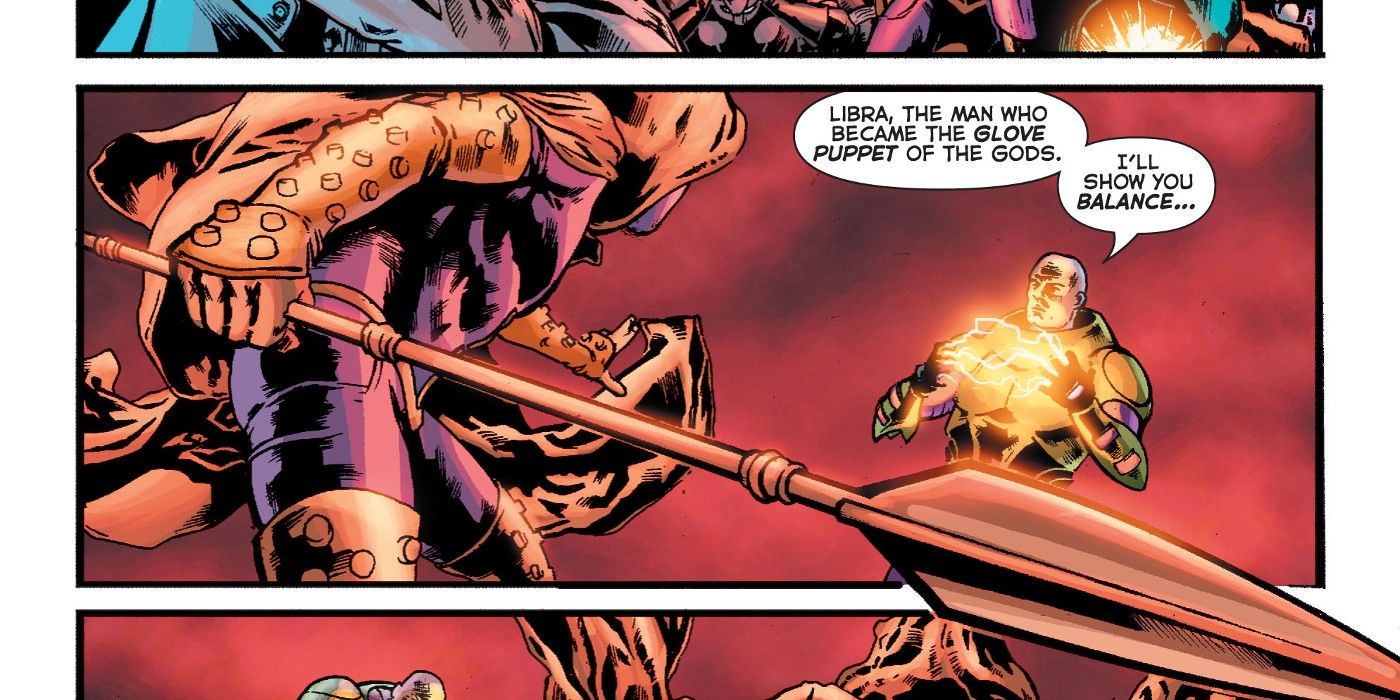 Although Justin Ballantine hasn’t appeared in Deathstroke Inc. yet, it is clear that he has a familial connection with Juliette Ballantine. Even though Justin has not made a confirmed appearance in the series so far, Juliette been seen talking to a shadowy figure who appears to be the one behind the organization. With the revelation of this issue, there now exists the possibility that this is the original Libra somehow returned from the dead.

If that is the case then it’s also possible that he could still retain some of the power that Darkseid granted him during Final Crisis. T.R.U.S.T. wants to recruit as many heroes as possible so they can use them to bring about their vision for the multiverse. This sounds like a more secretive version of what Libra did at Darkseid’s side.

At this point, Libra could be free of his original puppet master but still retain his power. The Infinite Frontier limited series ended with Darkseid and a number of other all-powerful villains racing to take control of the Great Darkness. With T.R.U.S.T.’s bold vision for the multiverse, it’s not difficult to imagine them trying to seize control of the Great Darkness as well.

My Hero Academia Is Going to Need a Sequel, But Will It Get One?