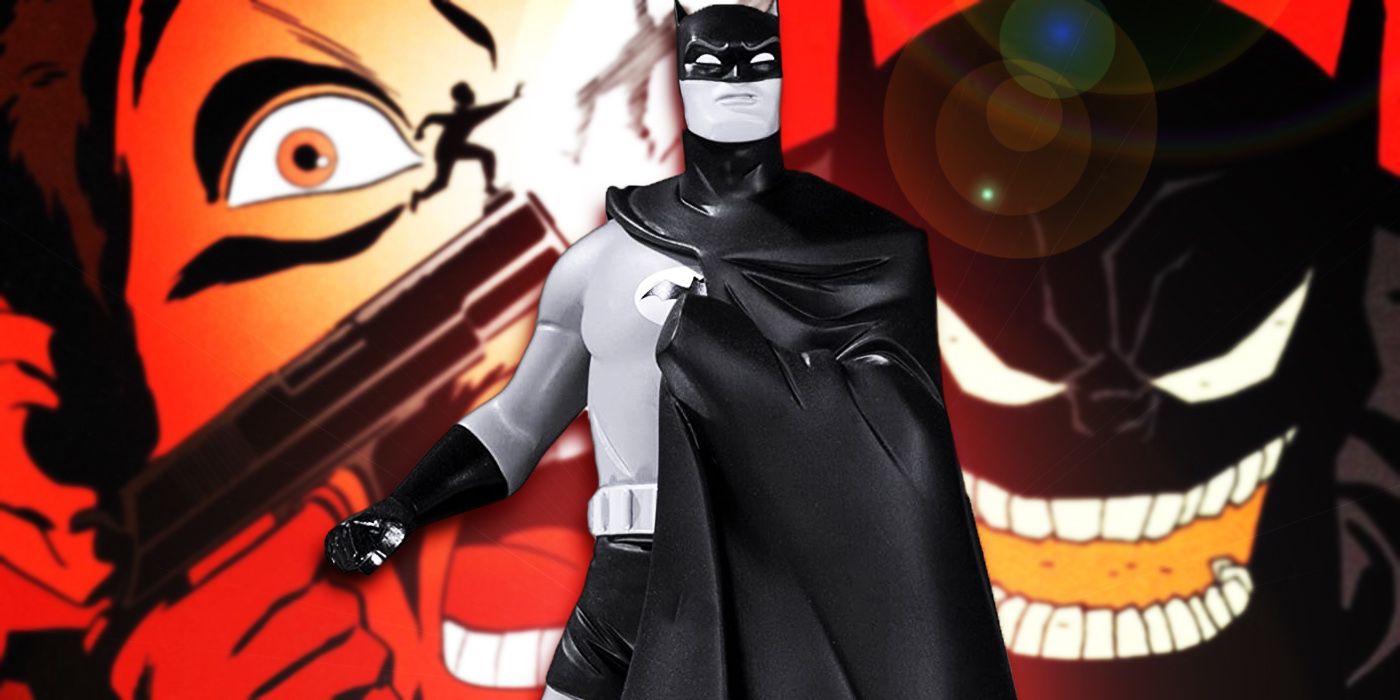 In Batman: Ego by Darwyn Cooke, the dark knight’s no-killing rule is explained in a unique and powerful way… by literally splitting Batman and Bruce Wayne into two separate entities and forcing Bruce to confront his psyche.

The story of Batman: Ego is short but very sweet. It begins with Batman chasing down one of Joker’s low-level thugs in dramatic fashion on a huge bridge in Gotham. The thug attempts to commit suicide, but the exhausted Batman saves him by a thread. Afterward, the thug confesses that he murdered his own family to spare them from Joker’s wrath, pulls out a gun while condemning Batman, and  then, tragically, shoots himself.

Batman, overwhelmed with guilt, contemplates retiring from crime-fighting, and finds at the same time his mind splitting into two halves: Bruce Wayne and Batman. The rest of the book is a conversation/argument between Bruce Wayne and Batman, and surprisingly for a Dark Knight book, by its conclusion, some kind of closure is managed.

RELATED: Batman Just Used Superman’s Most Powerful Ability – and It May Change Him Forever 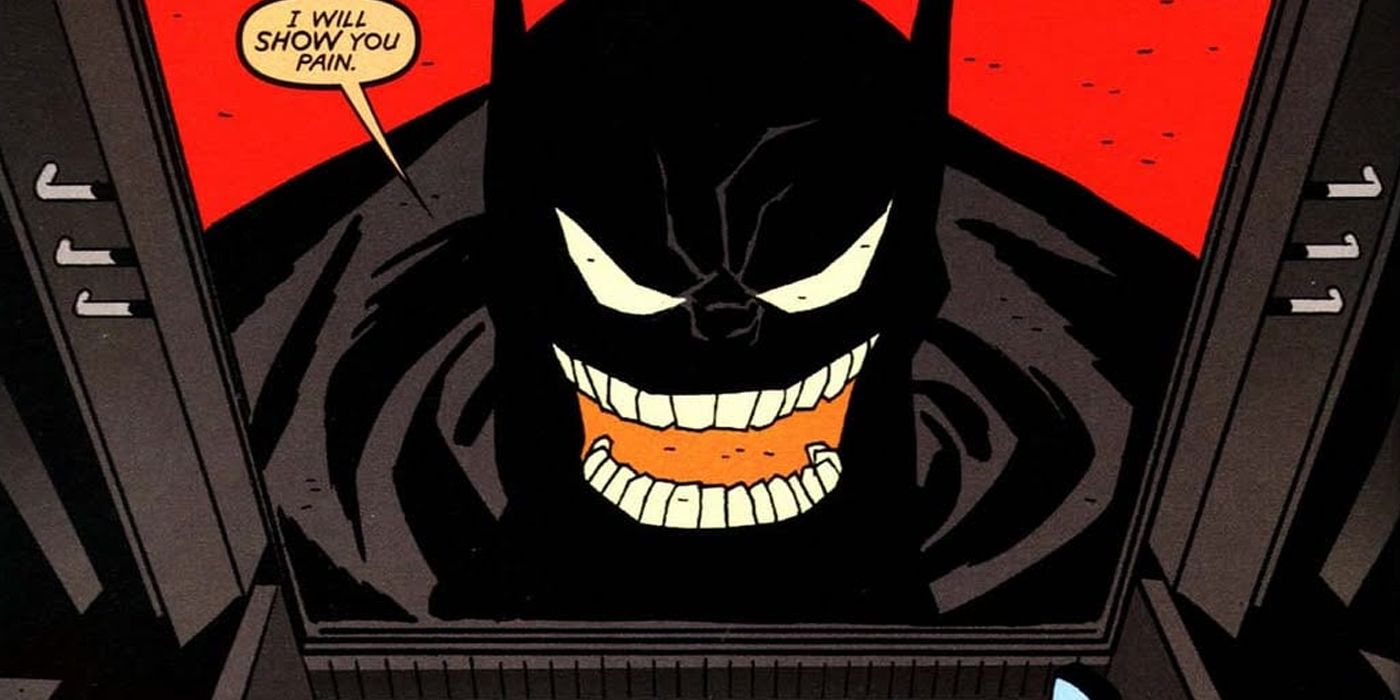 Darwyn Cooke was an Eisner-winning artist and animator for a reason. His art, famous for its raw emotion and noir grittiness was not only perfect for a Batman story, but an ideal tool to pull off this unique take on the caped crusader’s one rule.

When the Batman side of his conscience first appears on the bat computer, it is a strong introduction to Cooke’s portrayal of the duality of Batman and Bruce Wayne. The creature who appears on the screen is monstrous-looking, with a sadistic smile on its face, growling out that Bruce is a fool and a coward. This intense introduction between Batman and Bruce Wayne sets the tone for the difficult conversation about duality that follows, and thus, offers a fertile playing field for the no-killing rule. 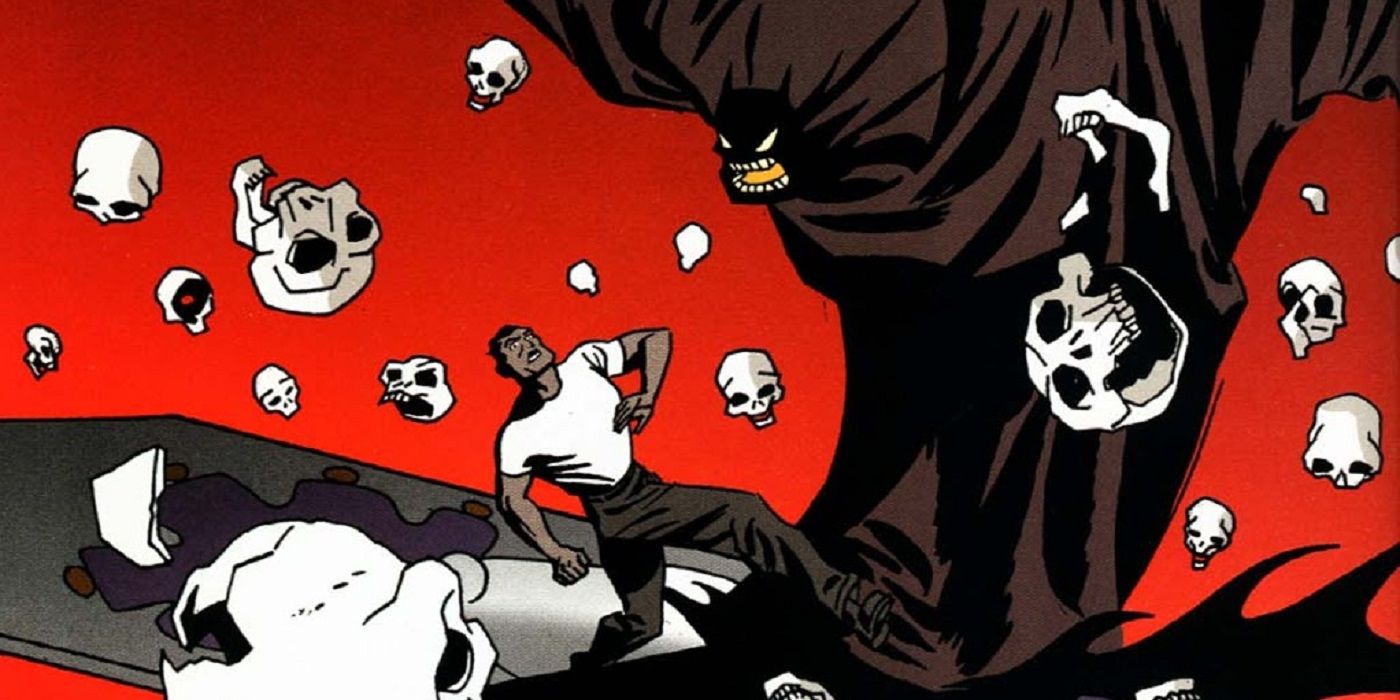 The next stage of Cooke’s explanation of the no-killing rule had the Batman creature take a terrified and confused Bruce to relive the events prior to and following his parents’ murder. This visceral/emotional experience created the platform for the being to reveal himself and his role in Bruce’s life as the incarnation of fear. By gradually adding more depth and clarity to Bruce and Batman’s relationship, Darwyn Cooke’s explanation of his stance on killing becomes clear, especially once things between the two hit a breaking point.

Once he truly confronted himself and Batman, a compromise was found between them: that they both begrudgingly depend on each other for the success of the mission. Once they reached that understanding, they could become again what Gotham needed them to be. As such, they agreed that the Batman needs to be both a symbol of hope for the good people of Gotham and a symbol of terror for the criminal underworld.

RELATED: DC: Who Is The Best Batman After Bruce Wayne, Ranked By Effectiveness?

Batman cannot be a symbol of hope if he’s a murderer. “It’s the only difference between us and them,” Bruce tells Batman in the closing stages of the story. Therein lies the profound genius of this story. Cooke puts the cherry on top of his explanation by having Batman and Bruce Wayne, two opposite but equal entities, come to an understanding and agree to work together. The understanding that Batman can be brutal but just, cold but caring, the Yin and the Yang that Gotham so desperately needs, is integral to the character and in Ego is finally, perfectly, but brutally explained here, quite possibly better than anywehere else.