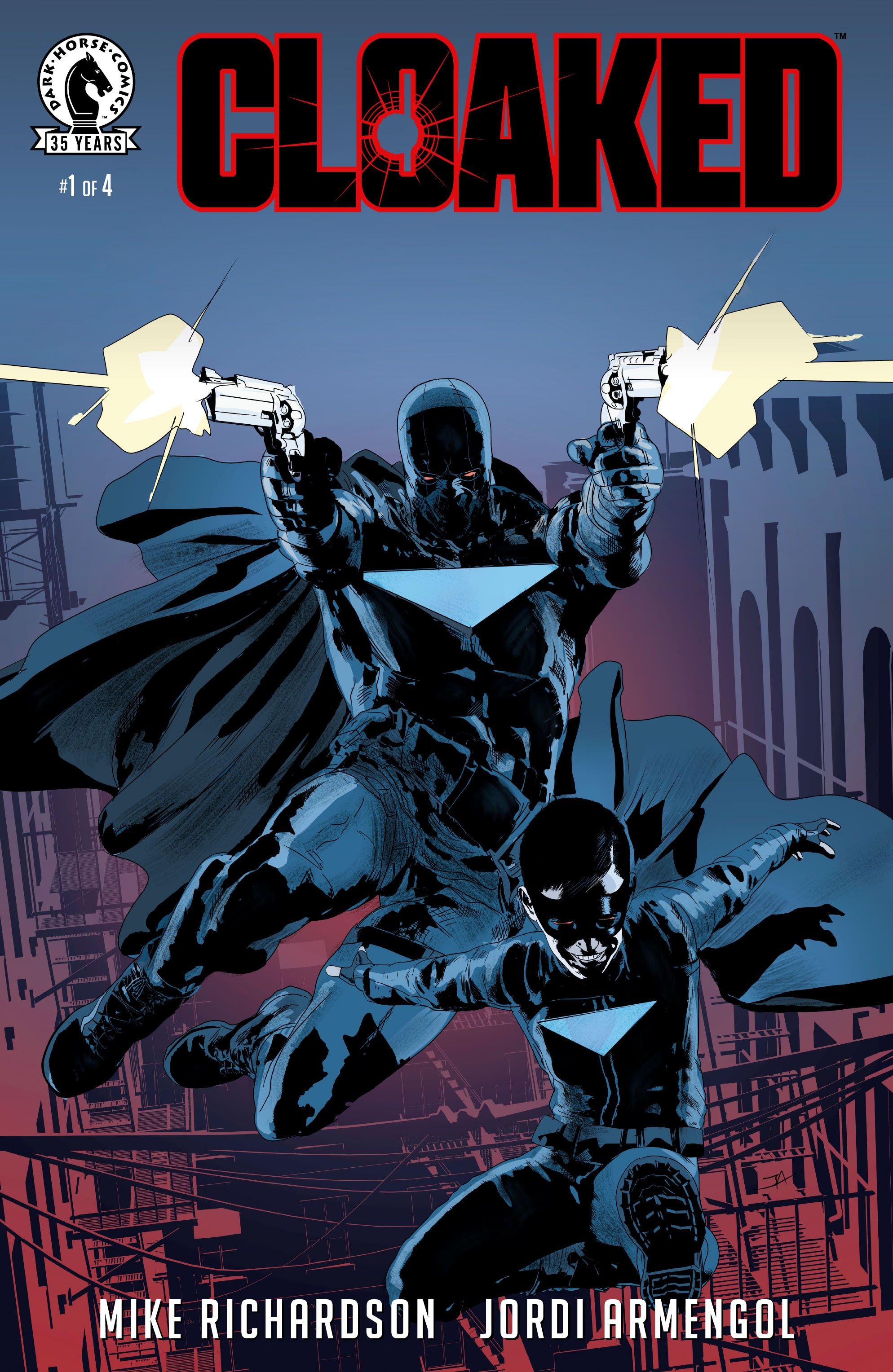 Throughout his illustrious career in the comic book world, Mike Richardson‘s work as the publisher and founder of Dark Horse Comics has often overshadowed his work as a writer. But as a writer, he’s written for everything from Boris the Bear to Star Wars. Now the seasoned professional is teaming up with artist Jordi Armengol for Cloaked, a four-issue limited series from Dark Horse Comics. The first issue lays the groundwork for an interesting mystery, but it leans so heavily on established superhero tropes that it ends up feeling fairly stale.

Cloaked #1 follows an ex-cop, private eye named Roger “Jake” Stevens, who is hired by an eccentric billionaire named Byron West to find a superhero known as the Reaper, who disappeared 25 years ago. Jake is initially reluctant to take the job; however, West offers him such a large sum of money that he can’t refuse. The early stages of his investigation take him to his old police headquarters and to the home of the Reaper’s former sidekick. It doesn’t take long for Jake to realize that this case is more complicated and dangerous than he imagined. 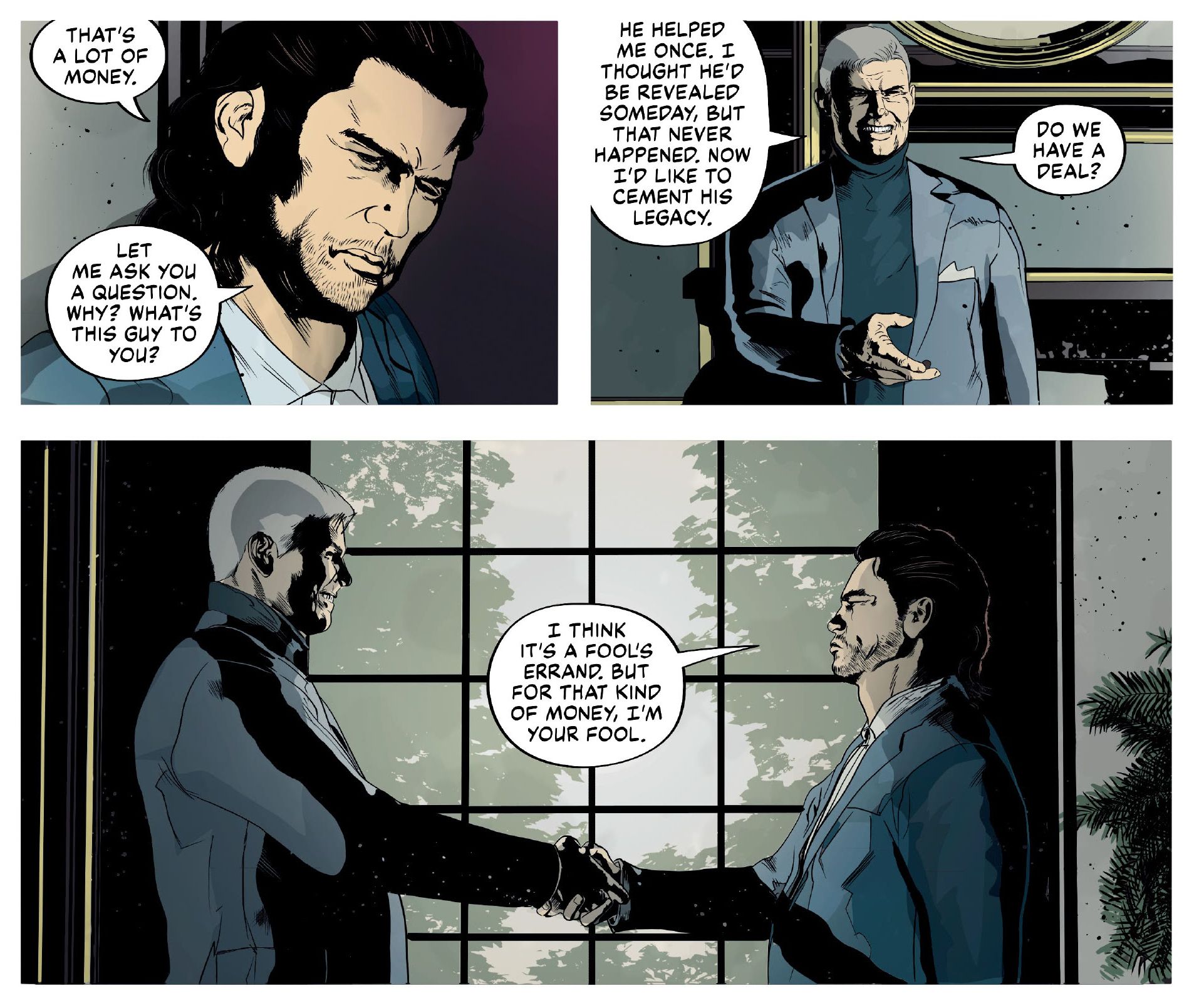 Richardson lets the story unfold at a pace that feels natural and calculated. He carefully doles out new information slowly to keep the audience guessing as the mystery progresses. Jake is the perfect rough-and-tumble private eye with nothing to lose, whose cynical and inquisitive nature pushes the story forward. Everything Richardson does in Cloaked #1 is well crafted, but none of it is new. The Reaper’s violent, morally ambiguous history is remarkably reminiscent of other deconstructions of the superhero genre like Alan Moore and Dave Gibbons’ Watchman, Rick Veitch’s Maximortal and Gail Simone and Neil Googe’s Welcome to Tranquility. Even the sinister relationship between the Reaper and his teenage sidekick feels similar to Veitch’s Brat Pack. The familiar and predictable nature of the set-up undermines the mystery story he’s trying to tell and makes it difficult to invest in this narrative.

Armengol’s art adds a brooding, hard-boiled tone to Cloaked #1. His blue and gray color palette sets a noir tone almost immediately, and his character designs perfectly match the story’s characters. Armengol’s work is especially compelling when he’s drawing scenes of the Reaper in action. The fast-paced, messy nature of the violence goes a long way in characterizing the mysterious hero and makes for some truly exciting scenes. As talented as Armengol is, he leans too far into the shadowy nature of noir. Characters’ eyes are obscured by shadows, which severely limits their emotional range and makes it difficult to connect with them. This dehumanized aesthetic draws more attention to Richardson’s derivative writing.

It is absolutely possible that Cloaked #1 is as unoriginal as it is to lull readers into a false sense of security to subvert their expectations later in the series. But Richardson and Armengol make numerous decisions in this debut issue that distract from their respective talents and make it difficult to engage with the story. Fans looking for a familiar mystery will find something entertaining in this first issue, but it won’t be anything they haven’t read before.

CAN YOU ANSWER THIS QUESTION…?