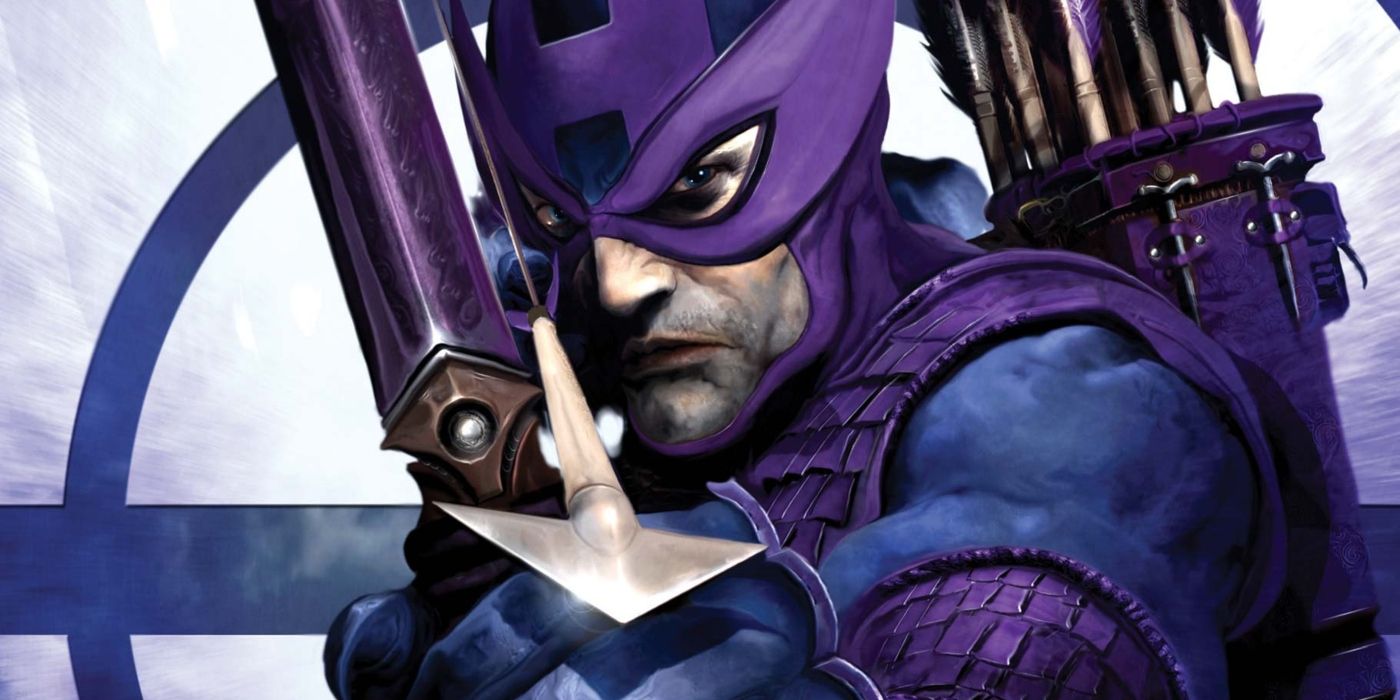 Following the events of Secret Invasion, a number of villains gained newfound power in the Marvel Universe and used it to try and replace some of the world’s most important heroes. One of the most devious saw Daredevil’s most dangerous nemesis briefly become an Avenger — and try to ruin the reputation of a longtime hero in the process.

During Dark Reign, Hawkeye had his identity stolen by one of Marvel’s most murderous villains, Bullseye. But despite their similar abilities, it turned out Bullseye just wasn’t able to match up to Clint Barton in any real way that mattered. 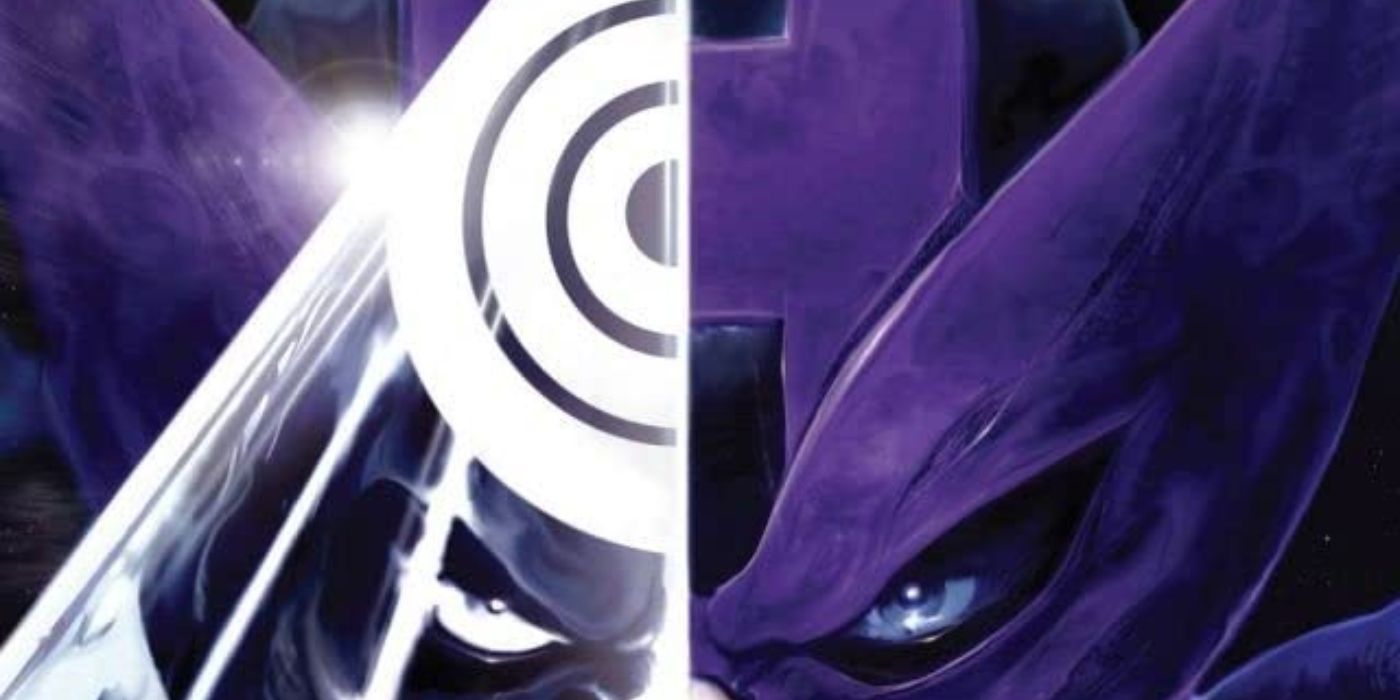 During the events of Civil War, multiple incarcerated villains — including Bullseye — found themselves recruited to a new iteration of the Thunderbolts. Led by Norman Osborn, these Thunderbolts proved to be a brutal but effective team — with Bullseye, in particular, proving to be a useful ally for Osborn. When Osborn gained a great deal of authority and power in the aftermath of Secret Invasion, Bullseye was one of the Thunderbolts Osborn brought with him into his version of the Dark Avengers. Hoping to trick the populace into further trusting his nominally villainous allies, Osborn had the villains assume the mantles of various major heroes, including Wolverine, Spider-Man, and Ms. Marvel. Due to his uncanny accuracy and skills with weapons, Bullseye made an obvious choice to become Norman’s Hawkeye.

Clint Barton is probably one of the only Marvel characters with the ability to shoot as well as Bullseye, meaning the two (in practice) have very similar skill-sets. Bullseye was even an impressive shot with a bow and arrow, allowing him to easily step into the role. Placing a murderer like Bullseye in that role especially enraged Barton, who even got the chance to face off with his new villainous counterpart during an ill-fated mission into Avengers Tower. Bullseye adapted well to his role as Osborn’s primary enforcer, using the heroic identity to get away with and be celebrated for his terrible actions. Even amongst his more super-powered compatriots, Bullseye proved to be one of the most ruthless members of the Dark Avengers — even taking pride in just how bad at being a superhero he really was. 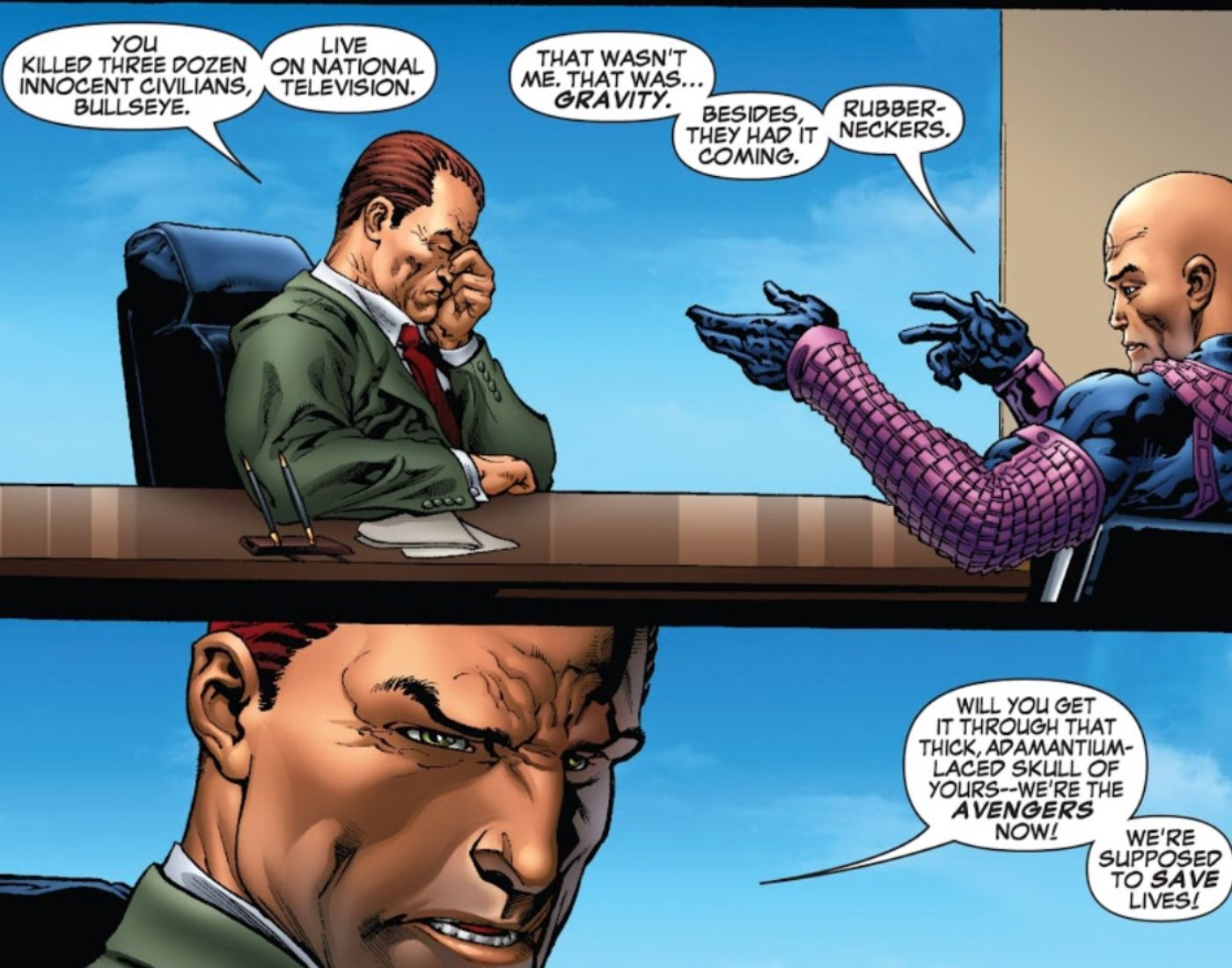 But Bullseye was never going to hold onto the position forever. Whereas Hawkeye has always been one of the most down-to-earth of the Avengers — giving him simple and genuine humanity that has guided him in life — Bullseye is a ruthless and demented killer. It didn’t take long for Bullseye to turn his murderous attention on innocent civilians, and his lack of heroism meant he had no remorse when civilians were killed during his missions. Continuing to take sick joy in his violent work, Bullseye even took to murdering innocents even while posing as a hero, scoring multiple fatalities across the course of the Dark Reign: Hawkeye miniseries by Andy Diggle and Tom Raney.

Ultimately, much as with the rest of the Dark Avengers, Bullseye lost his “heroic” identity as part of the fallout of Siege. The Brian Michael Bendis/Oliver Coipel storyline saw Osborn’s grasp on power fall apart against a unified heroic offensive to save Asgard from Osborn’s machinations. Bullseye was arrested following the dissolution of the Dark Avengers, and it wasn’t long before he was confronted by a Beast-influenced Daredevil. Without the kind of protections Osborn and the heroic identity of Hawkeye had offered him, the dark Daredevil simply ended up murdering Bullseye. If anything, his time as Hawkeye only put an even larger target on Bullseye’s head, earning the full attention of the hero community and ensuring everyone in the hero community is aware of just how dangerous (and predictable) Bullseye is.

Kevin Owens Cuts His Own Version of the Austin 3:16 Promo Directed at Steve Austin