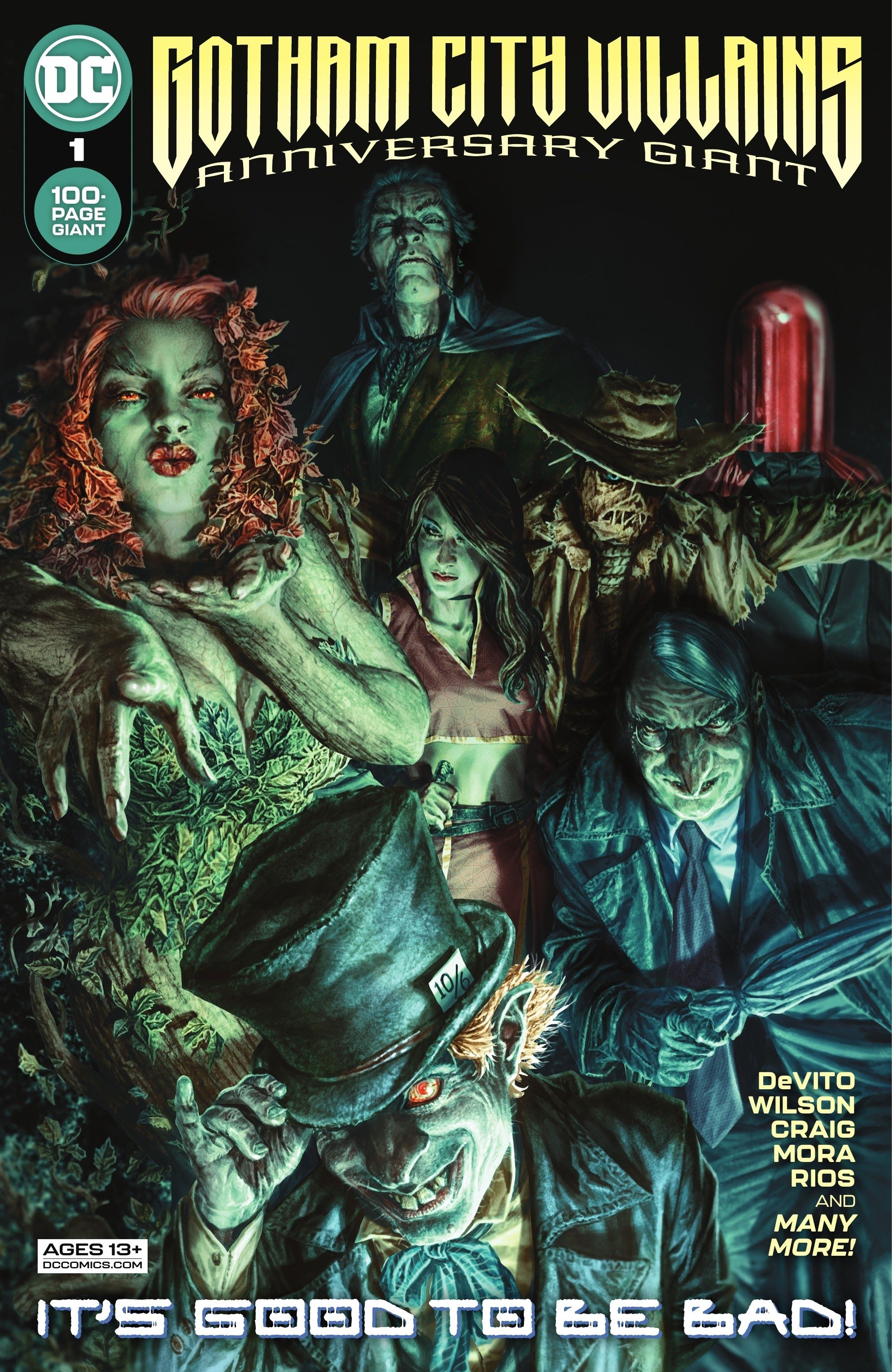 As compelling as Batman, Robin, and the rest of the Bat-Family are, they wouldn’t be where they are today if it weren’t for Gotham’s rogue’s gallery of villains, who are as entertaining and complex as any of DC’s heroes. DC’s new 100-page anthology Gotham City Villains Anniversary Giant #1 brings together a star-studded cast of creators to celebrate a cavalcade of these characters in an entertaining but uneven collection of short stories featuring Catwoman, the Penguin, Scarecrow, and many more iconic evildoers.

Each story in Gotham City Villains Anniversary Giant #1 follows one of Batman’s adversaries on a stand-alone adventure showcasing what makes them special. Danny DeVito, Dan Mora, and Tamra Bonvillain’s “Bird Cat Love” features Catwoman and the Penguin as they plan to steal thousands of vaccines around the world. Wes Craig and Jason Wordie’s “Fearless Man” pits Nightwing against the Scarecrow during a horrifying city-wide blackout. In “Ophiocordyceps Lamia,” Poison Ivy takes on a chemical plant in a story by G. Willow Wilson, Emma Rios, and Jordie Bellaire. The Red Hood’s legacy is revisited by Stephanie Phillips and Max Fiumara. Dan Watters, Skylar Patridge, and Marissa Louise’s “Perfect Fit” follows Robin and a team of Gotham’s police on the hunt for the Mad Hatter. Killer Moth gets some good advice from Harley Quinn in Mairghread Scott, Ariela Kristantina, and Trish Mulvihill’s “The Happiest Man in Gotham.” Finally, the Al Ghul family legacy is explored in both Phillip Kennedy Johnson, Riccardo, Federici, and Sunny Gho’s “Demon’s Game” and ” the Second Eye” by Nadia Shammas, Joshua Williamson, Max Raynor, and John Kalisz. 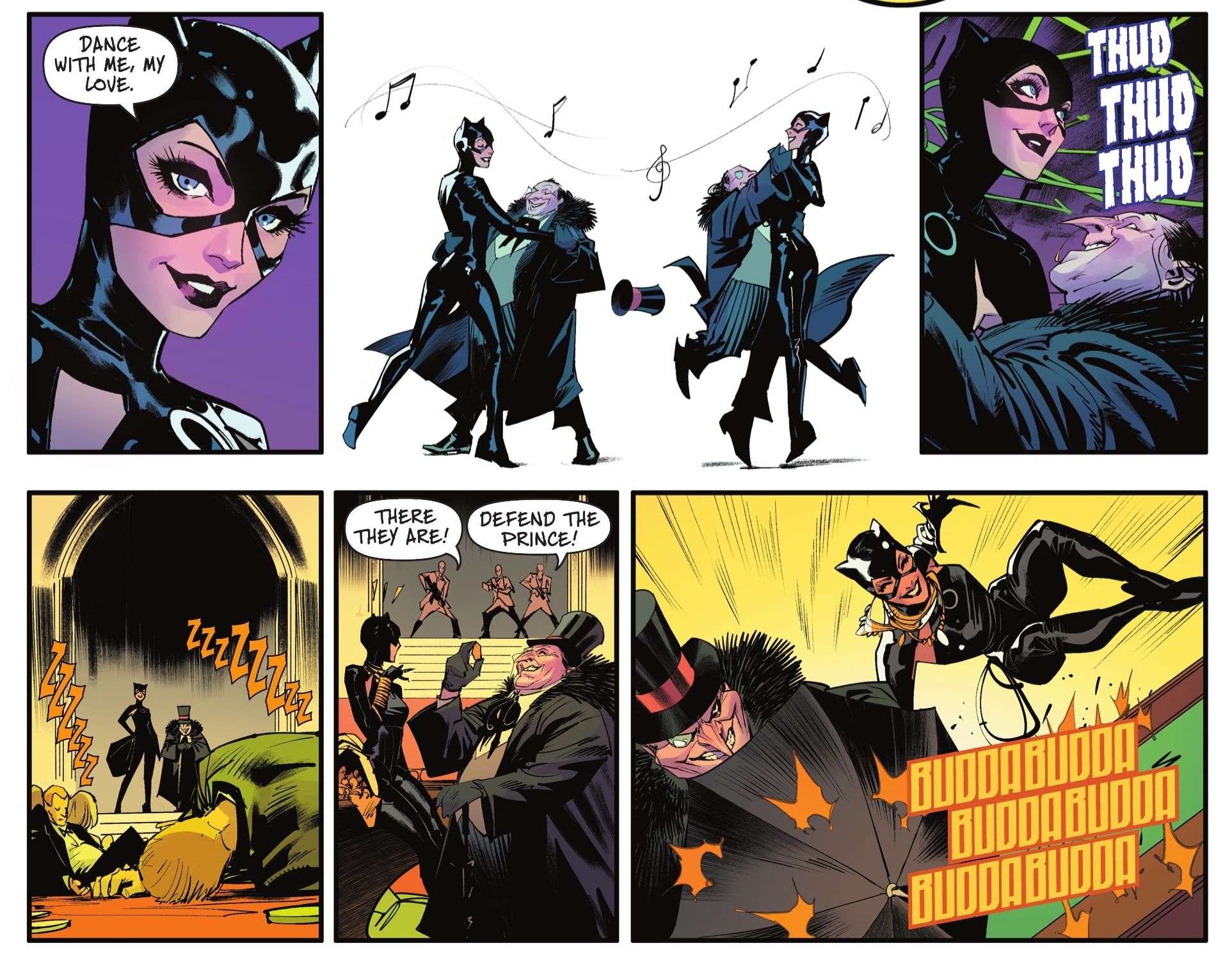 Danny DeVito’s comic writing debut might be the weakest story in the collection. While DeVito does an excellent job of capturing the voices of both Penguin and Catwoman while telling a story with a unique and timely premise, the pacing of the story feels oddly manic, and at times, confusing. Much of the story is told via an ongoing conversation between the Penguin and Catwoman as they put their plan into action, but things happen at such a quick pace that it is difficult to emotionally invest in any of it. Artist Dan Mora’s pages are fun, but their compositions do little to lend much clarity to DeVito’s script. Characters move from scene to scene untethered by time or space, making each panel feel more like a frozen illustration instead of a piece of a comic. Tamra Bonvillian’s colors hold the story together by helping to clarify new settings and adding some consistent logic, but ultimately, this story moves too quickly for its own good.

Many of the stories in Gotham City Villains Anniversary Giant #1 struggle to fit their premises into a short story format. However, G. Willow Wilson, Emma Rios, and Jordie Bellaire craft a perfect story in “Ophiocordyceps Lamia.” Wilson’s story of Poison Ivy infiltrating a chemical plant to destroy it and then confronting the human cost of her militant brand of activism perfectly captures the villain’s character while telling an entertainingly tense story. Rios’s art is absolutely stunning. Her panels bleed into each other like roots in an overgrown garden, oscillating between overwhelmingly detailed pages and striking silhouettes, which gives Jordie Bellaire an opportunity to fill each page with bold, unforgettable colors. 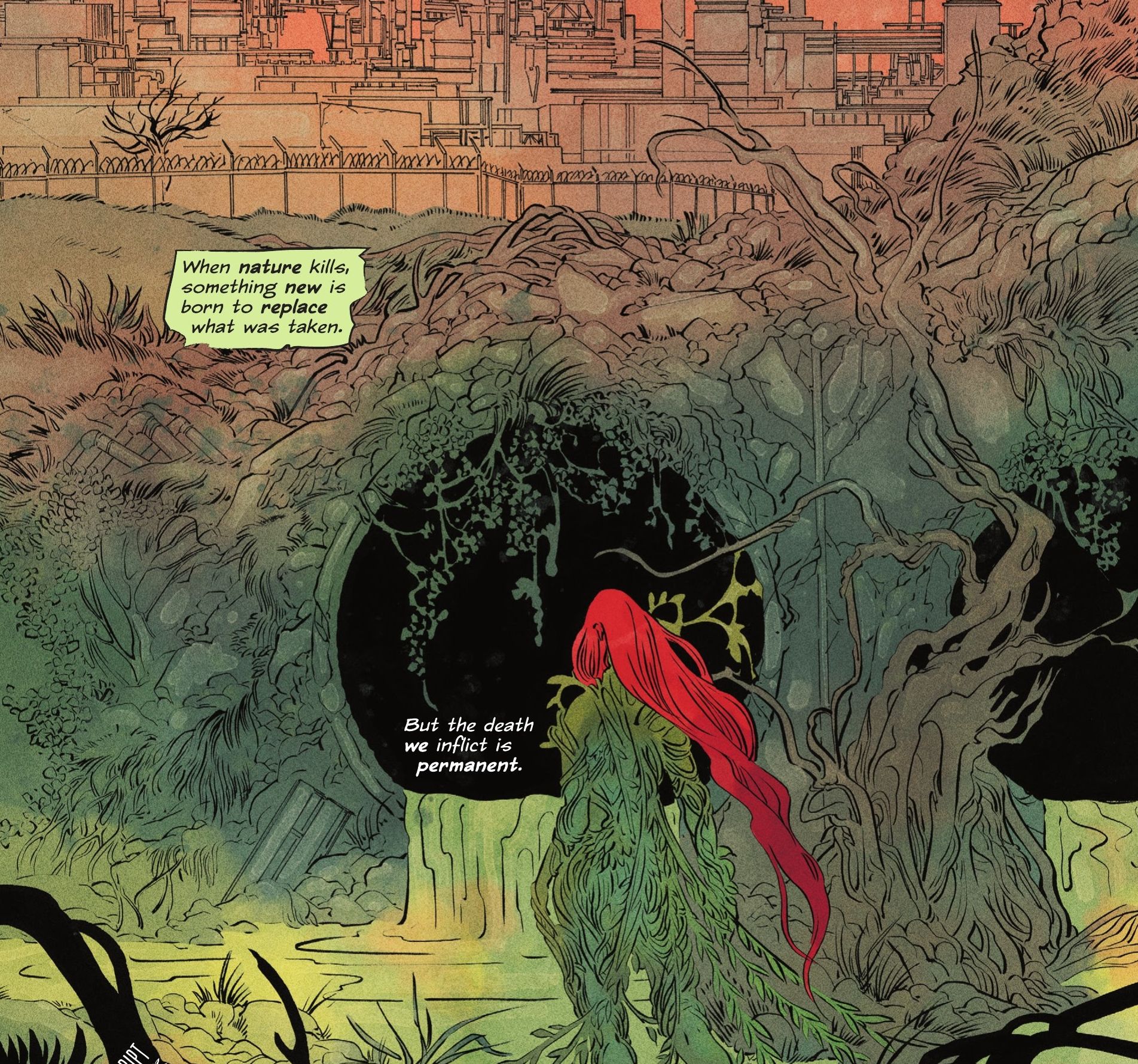 Not every story in Gotham City Villains Anniversary Giant #1 is perfect. Many of the stories need significantly more space to flourish, but this anthology is full of engaging ideas. The strongest stories in the collection do more than their fair share to carry some of the more flawed pieces.

Keep Reading: Batman’s Last Christmas Present From His Parents Might Make you Cry