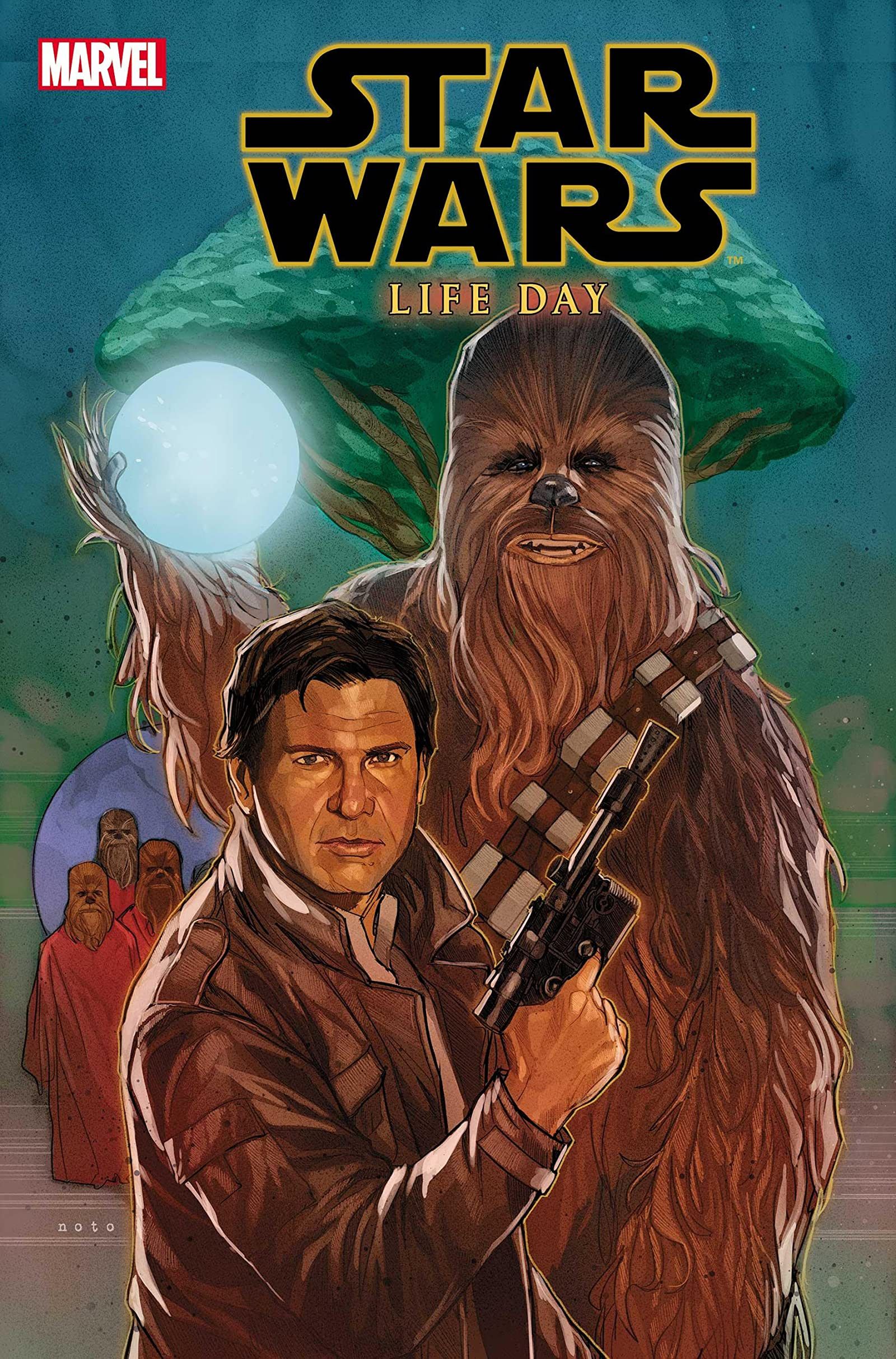 There’s no denying the popularity of the Star Wars franchise. After 11 movies, multiple television shows, and innumerable comics George Lucas’ space opera is one of the most successful properties in contemporary pop culture. As well known as Star Wars is, many fans remain unaware of the failed 1978 Star Wars Holiday Special, that C-3pO actor Anthony Daniels has referred to as a “weird funeral.” The special did so poorly that it was never rebroadcast, but Marvel seems determined to celebrate the Wookie holiday of Life Day again in the new Star Wars: Life Day #1, which collects three stories by a talented cast of creators.

Star Wars: Life Day #1 follows Han Solo as he tries to rescue Chewbacca from a business deal gone wrong on the planet Batuu on Life Day. Han Solo flees angry Kanjiklub mercenaries and vengeful barkeepers while remembering some of the other close calls he and Chewie have had. He remembers helping the people of Kashyyyk repair their life trees in “Deck the Halls,” freeing enslaved Wookies at an experimental weapons manufacturing plant in “Paid on Delivery,” and helping the rebels avoid the federation on Kudo in the final story, “Gift of Light.” Each of the three stories delivers a quick stand-alone adventure featuring Solo and Chewie.

Related: Star Wars Series Could Replace Movies – But is that a Good Thing? 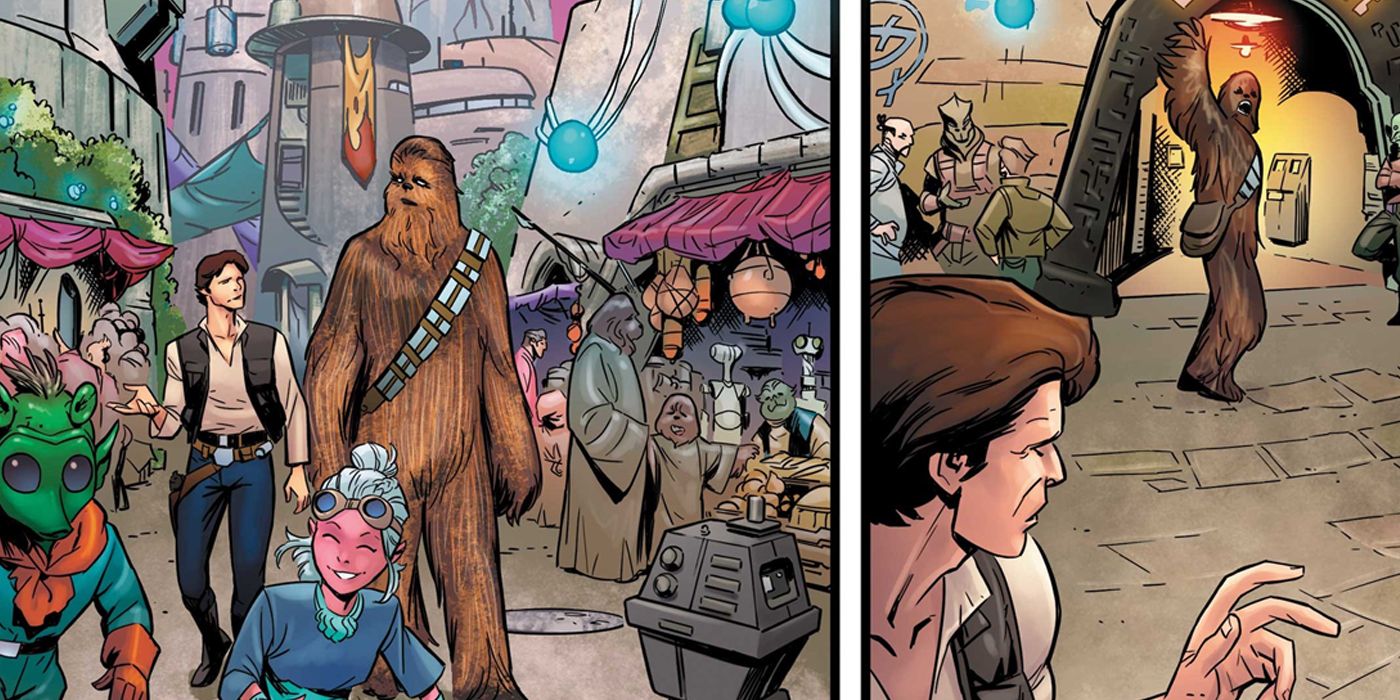 The strongest of the three stories is “Gift of Light” by Jody Houser, Kei Zama, Ruth Redmond, and VC’s Ariana Maher. Solo sends C3PO and R2D2 on an errand to find Life Day decorations for Chewie, and the droids discover evidence of a Federation soldier looking for rebels on Kudo. Houser perfectly captures the good-natured humor of the two iconic droids and contrasts their cheerful personalities with the dull, emotionally exhausting reality of life on the run for the rebels. Zama’s art captures the spirit of the characters, if not the exact likenesses — and compliments Houser’s playful tone to help craft a feel-good holiday story.

The story that frames the three pieces is the weakest element of this pseudo-anthology. As a narrative, it is just as entertaining as the other three stories. Cavan Scott’s writing and Ivan Fiorelli’s artwork complement each other perfectly. But Solo’s adventure on Batuu struggles to tie the other stories together. Throughout Star Wars: Life Day #1 Han asks himself about the meaning of Life Day, but he never comes to any significant conclusions. If Han and Chewie’s run-in with the Kanjiklub was its own stand-alone story, it would fit in well with the rest of the comic. But as a framing device, it does more to draw attention to the arbitrary nature of the collection than it does to unite the multiple narratives. 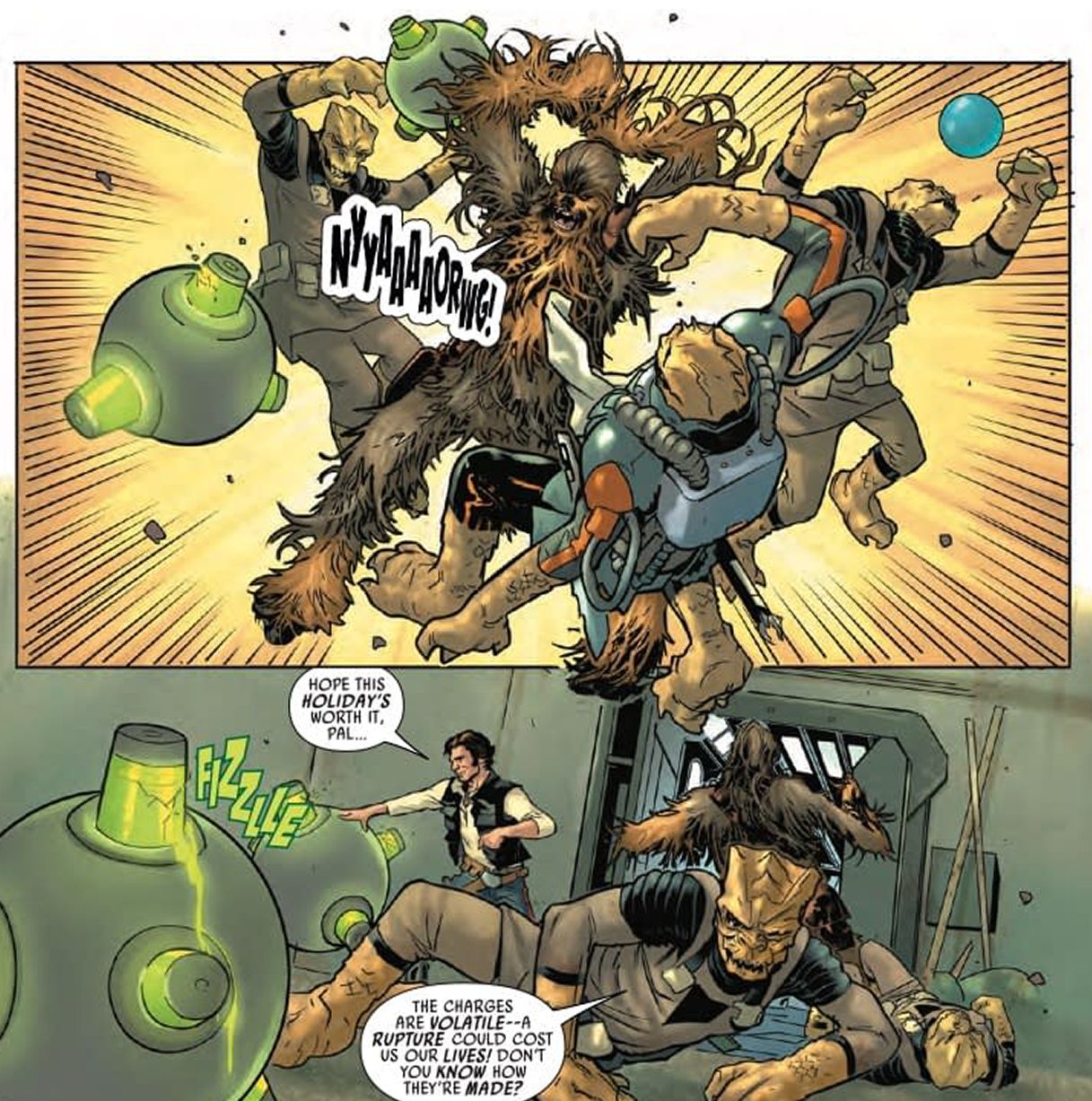 Star Wars: Life Day #1 is not a perfect comic. All of the stories in the anthology would have benefitted from having more space to explore the ideas. Fans looking for an introduction to the tradition of Life Day will likely leave unsatisfied. But fans looking for fast-paced, feel-good Star Wars stories will find some solid entertainment in this issue, which manages to feel festive without becoming saccharine or cliche.