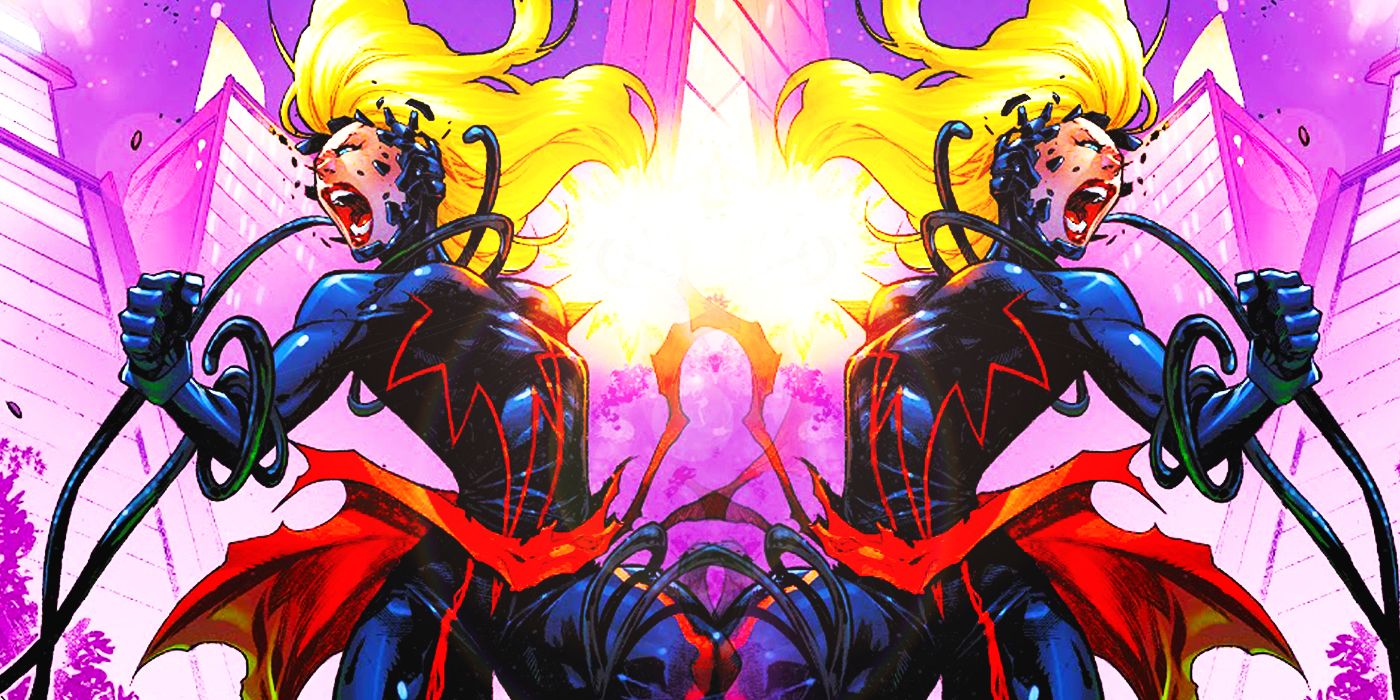 Captain Marvel has always been one of the strongest characters in the Marvel Universe, and just recently unlocked yet another ability that made her even more powerful. In Captain Marvel #34 (by Kelly Thompson, Sergio Davila,Sean Parsons, Jesus Aburtov, VC’s Clayton Cowles), while trapped in a prison supposedly designed to contain her powers, Carol Danvers took the opportunity to consider a new way to harness her abilities.

Instead of sending out her energy in a focused blast, she concentrated it, willing the power to take a humanoid form, sort of like a Super Saiyan Patronus. In doing so, she created a construct made of power that freed her, and in doing so, discovered that her powers were more versatile than even she imagined. 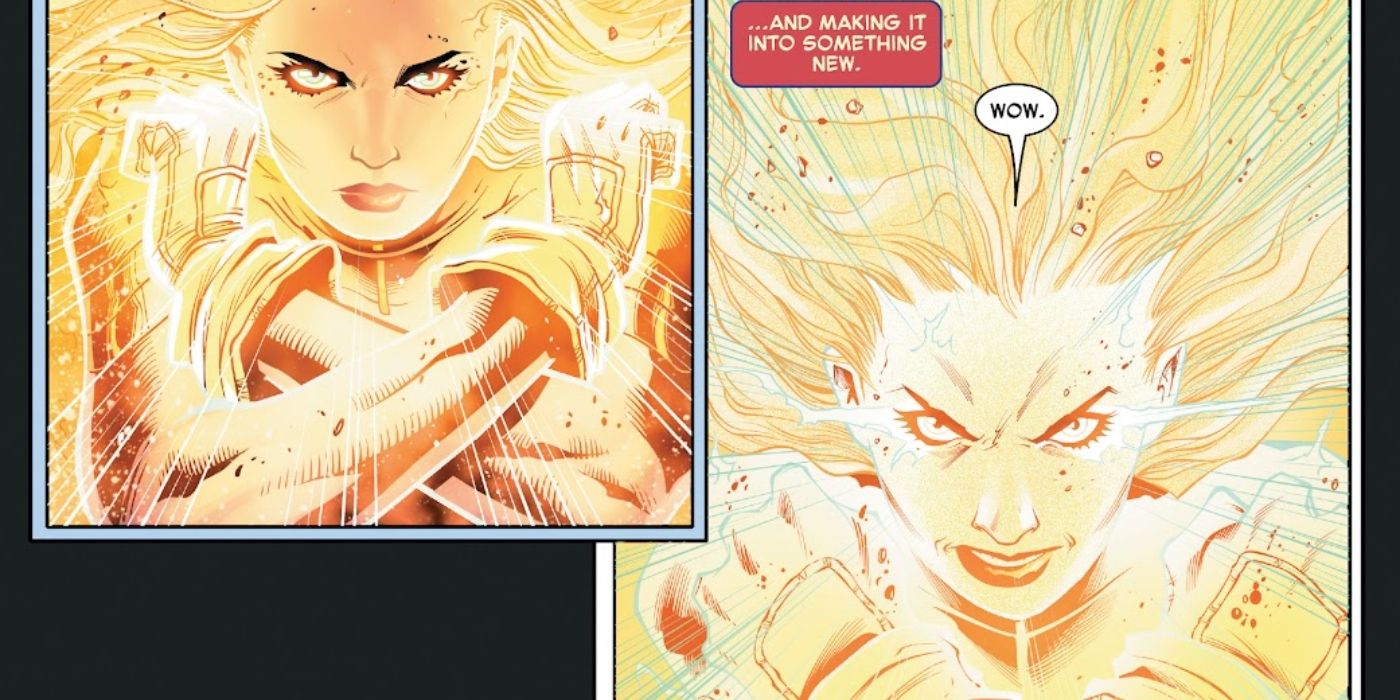 What makes this new power so interesting is that it seems to be a mix between Green Lantern’s ability to create constructs out of pure energy and two of Superman’s powers: his solar flare and the ability to split himself into two beings (Red and Blue). What Carol did was create a construct, but it took the shape of a woman, one that reminded Carol of her days as Binary, back when she had access to the power of stars thanks to a connection to a white hole. Seeing it for the first time, though, Carol almost thought of it as a living thing, when in actuality, it was an extension of her will.

The creation of energy constructs is not the only limit to this ability, however. Carol also used it to escape from Vox Supreme by concentrating her power into herself, attaining the form of the construct she made earlier. This power is new to Carol and she’s already expressed difficulty in disassociating herself from her very first construct. Even more strange was the construct’s similar appearance to her Binary look. These could be the first hints of Carol now manifesting her power as a living entity. 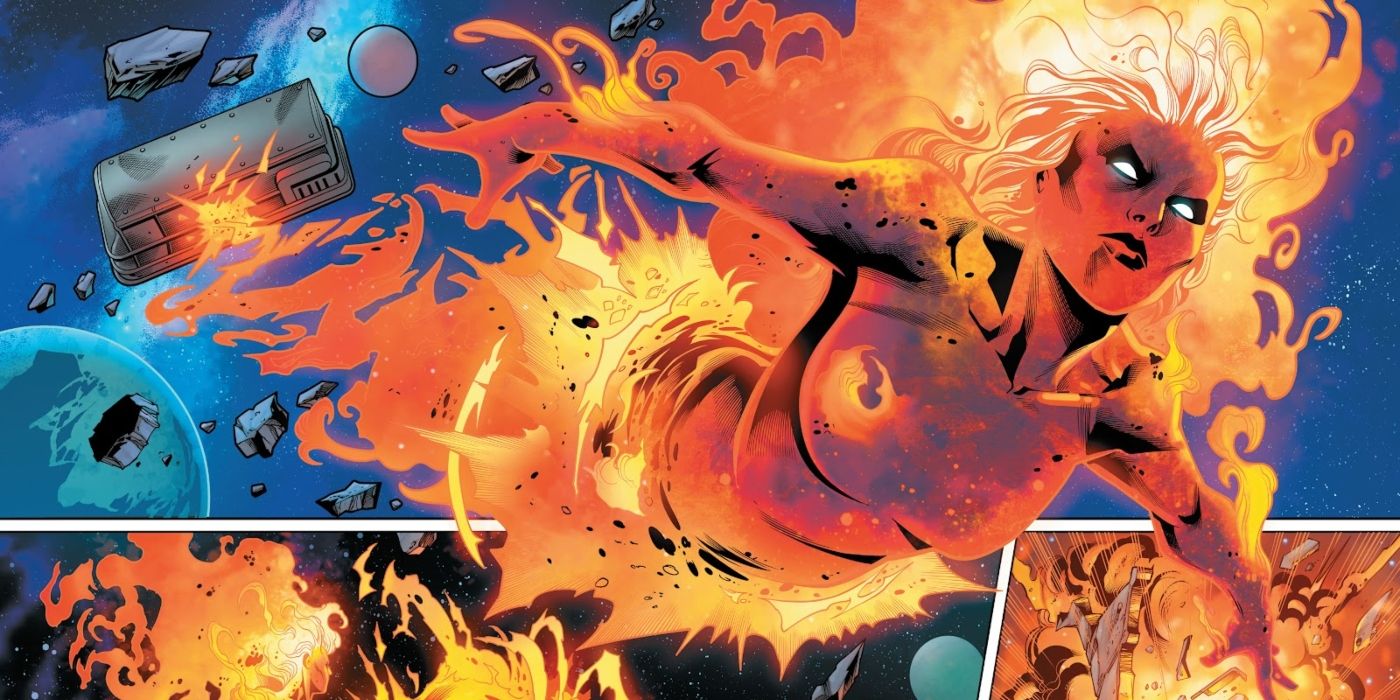 That would make her new power similar to another moment from Superman’s history: the time he was split into Supermen Red and Blue. Carol had a hard time reminding herself the construct wasn’t a person, but what if that’s because it was some kind of life form? It seemed to move on its own, without Carol’s direction. Granted, it only existed because Carol willed it into being, but that might have just been her opening the gateway for her power to gain sentience.

This development could potentially lead to moments where Carol’s power leaves her and takes on its own life and adventures. There even exists the slight possibility that this power is an extension of her old Binary powers emerging once again, perhaps trying to separate itself from Carol. For the moment, though, Carol has seemed to gain a new edge with her abilities, one that even she is only skimming the surface of… for now.