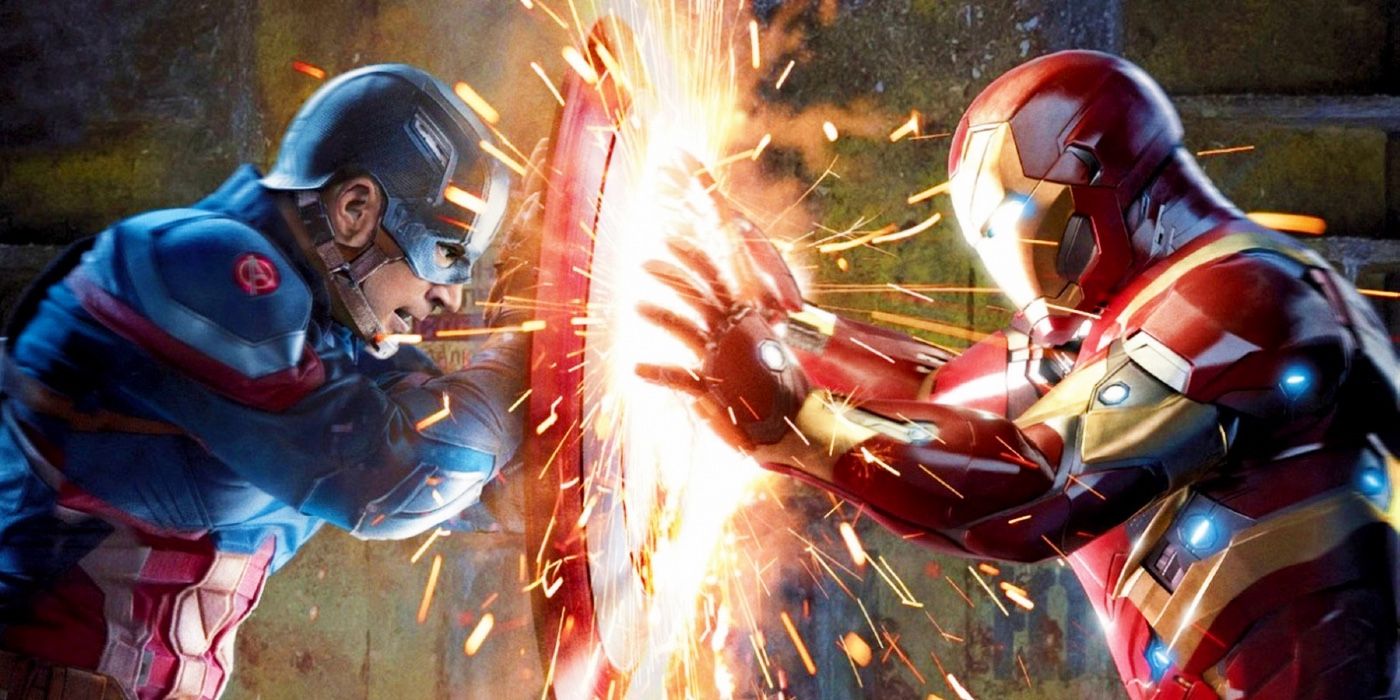 With both the MCU and the comics having created their own universes with their own unique takes on these characters, the MCU was bound to take its Civil War in a different direction. But which version of the iconic storyline is the best?

RELATED: How the MCU’s Captain America Got Superpowers From Steve Rogers’ Worst Enemy 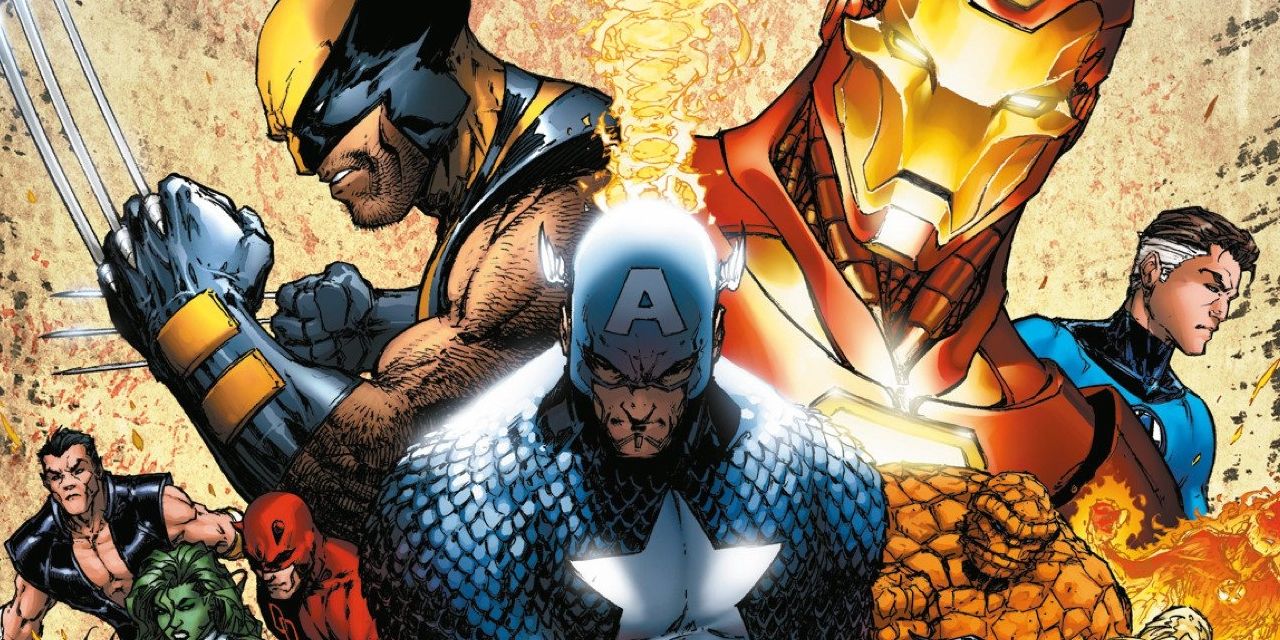 In 2005, the Marvel Universe was shaken up by the latest big comic book event. After the New Warriors went in over their heads and caused a major disaster with multiple civilian casualties, the government introduced the Superhero Registration Act to hold their heroes accountable. This divided the superhuman community, with longtime friends Captain America and Iron Man finding themselves leading opposite sides of the debate.

The MCU had a very similar premise but, rather than young reckless heroes being the source of the tragedy, it was the Avengers themselves. The Sokovia Accords were introduced and acted just as the comic’s Superhero Registration Act did. This divided the team in much the same way too, with both Cap and Iron Man leading the opposing sides again.

However, these stories are important to their respective universes for very different reasons. Captain America: Civil War is focused far more on Steve’s relationship with his oldest friend, Bucky Barnes. This drives a lot of the resulting conflict – especially the final fight between the Cap and Iron Man. As for the comics, the conflict is all about the Superhero Registration Act, with both factions ramping up the conflict based solely on their beliefs about this single issue. It’s also worth noting that the MCU’s version of the story only really affects the Avengers, whereas in the comics it affects every hero, no matter how big or small. 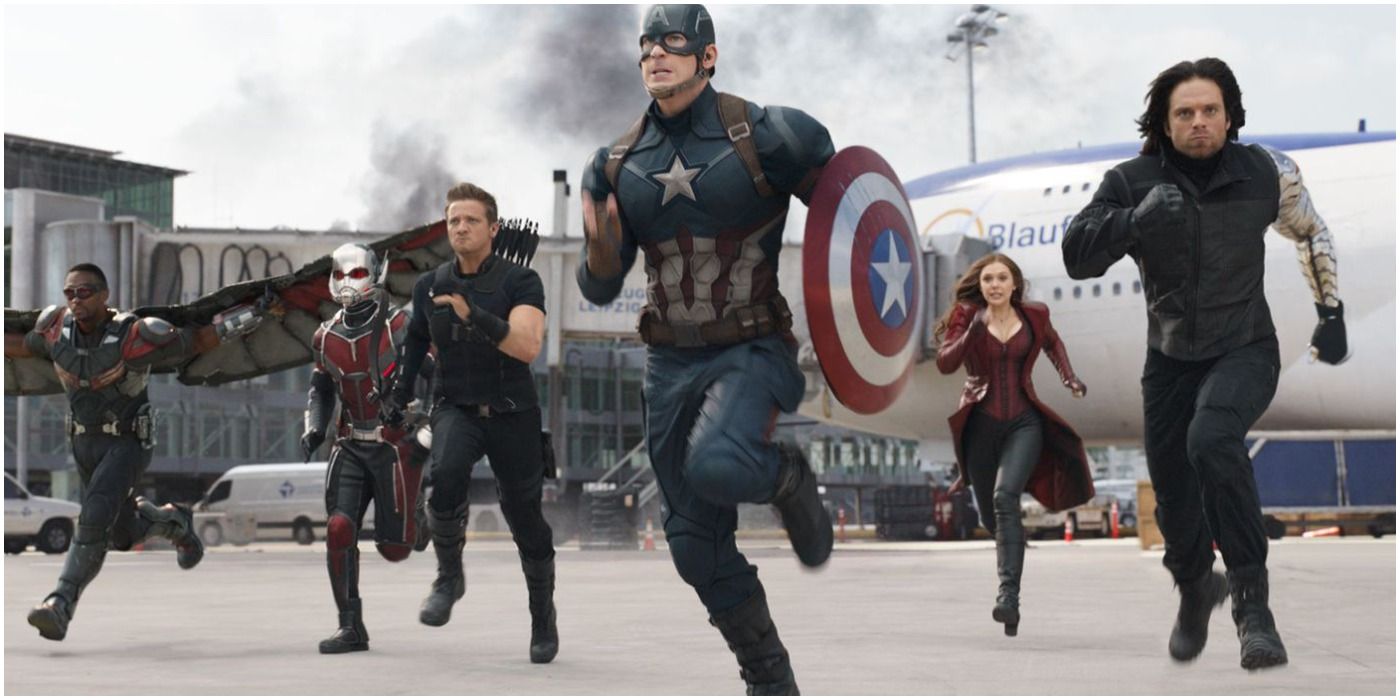 Of course, the biggest change the MCU made to this iconic story is in the title – Captain America: Civil War. The comics event was about the Marvel Universe, not just one character, but the movie is very much about Steve Rogers and his journey, even if it does feature the Avengers. Though it has overarching consequences that continue to be felt in the MCU to this day, it’s Cap’s movie.

Another major MCU change is the consequences the conflict has for its characters. In the comics, heroes die. Goliath’s death was a major turning point in the comics and it wasn’t the only death. It eventually led to Cap’s death too. In the movie, there are no deaths. Rhodey’s paralysis is the only tragedy during the conflict, and that doesn’t even come from the opposing side but from a misplaced shot by Vision. This leaves the MCU’s version of the story feeling a little less impactful than the comics version, Though where it leaves the Avengers ties directly into the devastating outcome of Infinity War. 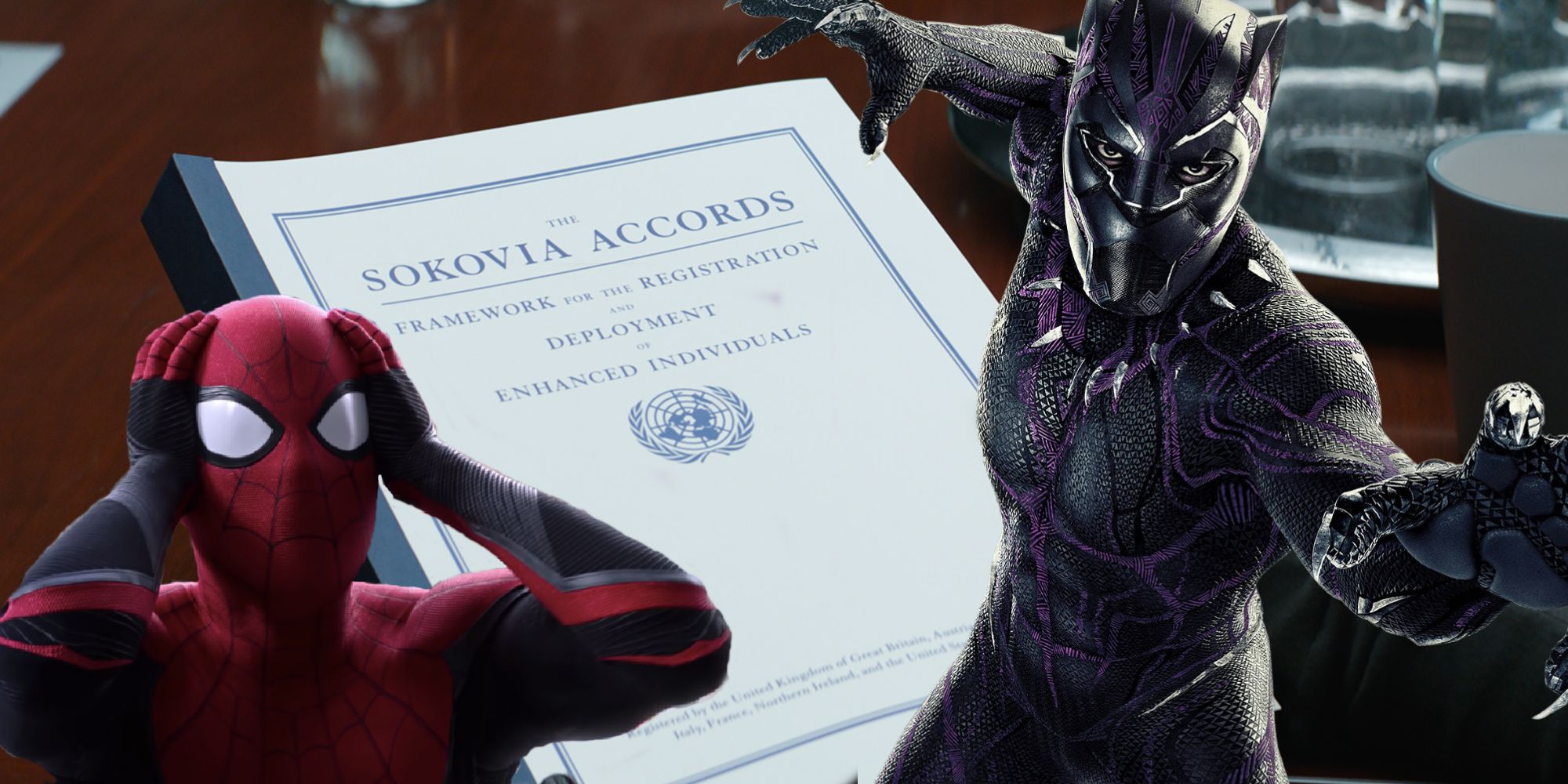 These two versions of Civil War can’t be discussed without mentioning the major role Spider-Man and Black Panther play in each. Fans of the comics will know what a big deal Civil War was for Peter Parker. He revealed his identity to the world when he sided with Iron Man then. However, when he learned about some of the things Tony was doing, he defected to Cap’s side. Spider-Man acted as the everyman character in the story, who could see both sides.

Unfortunately, with Spider-Man’s film rights being at Sony, he couldn’t play that same part in the MCU. Although he does appear in the movie, it was a late addition to the story and acts more as an introduction to the MCU’s Spider-Man more than anything. Black Panther takes his place instead. Even then, he doesn’t totally switch sides as Peter does in the comics. Nevertheless, he does go back and forth on whether the Accords are good or bad, fulfilling that role from the original story. 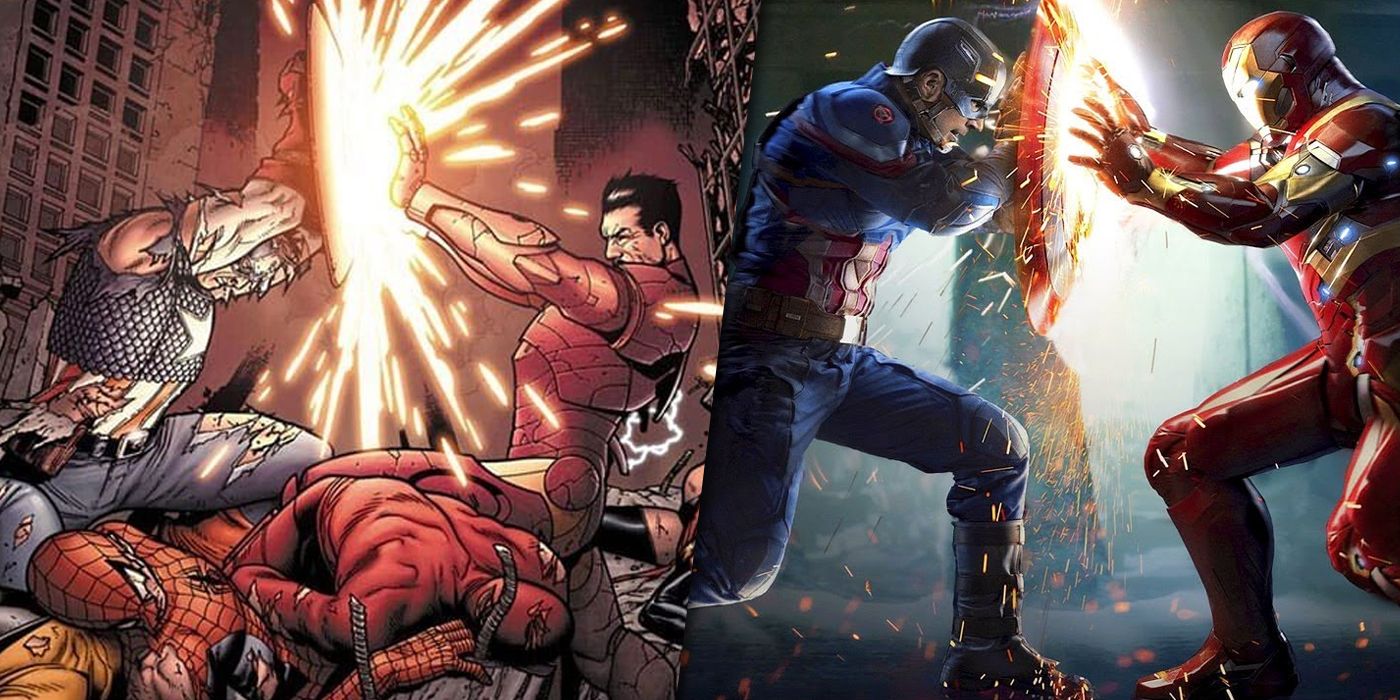 Both versions of Civil War set out to do different things. Although they introduce the same central conflict between their characters, the MCU is more focused on Captain America’s story than anything else. There’s also the fact that the movie has a villain for the Avengers to fight, whereas the comic has no villain – the heroes only have themselves.

The original Civil War is much bolder than the MCU, taking risks that force its characters into often uncomfortable situations but with greater reward. The movie may try its best to replicate that, however, it doesn’t always go far enough to capture that same feeling. Nevertheless, both are heartbreaking. The main difference is the scale of that heartbreak.

KEEP READING: What If Revealed Which Cosmic Marvel Villain Would End the Civil War – and Why

What the Now Banned Book Maus Teaches About Trauma | CBR