I meant to relate the following tale quite a while back and thought I actually had, but I can’t find it on the blog anywhere so it looks like I never followed through.  (Just as well we’re not talking about farts, eh?)

Anyway, sometime around late 1971 or early ’72, two pals came to my door one dark wintry evening bearing a pair of battery operated walkie-talkies (still boxed) that one of them had nicked from Woolworth’s.  I say two pals, but only one was actually my pal, the other being my friend’s pal, and he was the one who’d done the actual nicking (he was well-known for it).  They tried to unload them by asking me if I wanted them, but I said no.  To be honest, I’d have liked them, but as my father worked for the police, my acceptance of the stolen items wasn’t really an option open to me. 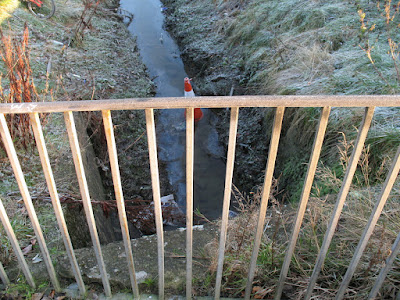 Now back in 1971 I had a newspaper round, for which I was paid the princely sum of a whole £1 per week.  (Rich beyond the dreams of avarice – yeah, right.)  This involved delivering papers twice a day, six days a week (Monday to Saturday), and once on the Sunday (as in only the mornings, as opposed to mornings and evenings on the weekdays).  It was either on a Saturday or Sunday (a couple of days or so after I’d been offered the walkie-talkies), while delivering papers, that I stopped to lean over a railing and peer (peer I said, not pee) into a burn (a water course) which ran through an underground tunnel out into an open channel. 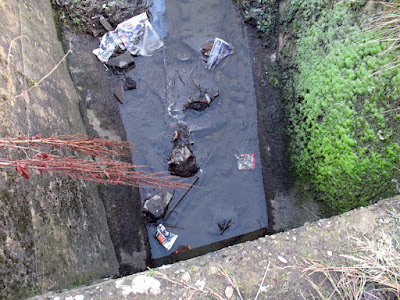 Just at the opening of the tunnel was the box for the stolen walkie-talkies, which I imagined to be empty, but to make sure, I lobbed a nearby half-brick onto it and was surprised to hear plastic breaking.  I therefore carefully descended to where the box lay and retrieved it, placing it into my canvas bag for newspapers.  The next day I got my father to take them into his place of work, and was given a receipt which said they’d be mine in six months if they weren’t claimed.  I was struck by how pointless it had been for someone to steal something and then jettison it, so I assume it had been more for the thrill of stealing than for ownership of the stolen items themselves. 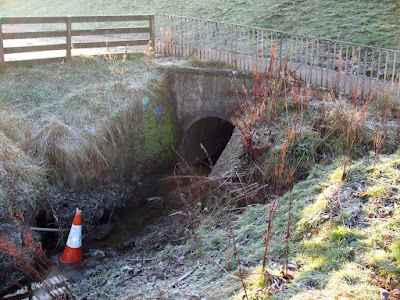 A few months later we moved house, and it was maybe a month or so later that I received a letter informing me that the walkie-talkies were now mine to claim – so I did.  Obviously I hadn’t told anyone (except my brother) that I knew they were nicked and who’d nicked them, but I wasn’t a ‘grass’ and it wasn’t really relevant as I’d found them completely by accident and with no prior knowledge of where they’d been dumped – or, in fact, even that they had been. 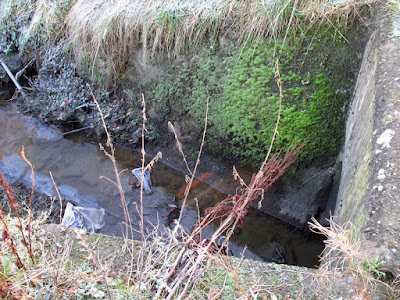 Anyway, the damage inflicted by the brick wasn’t severe (the cover to one of the battery compartments being cracked, nothing a little glue couldn’t fix) and I soon had them up and working.  In the very room where I now type this, I tried them out with my neighbour while he was in his room next door.  I don’t recall using them much after that and couldn’t say what eventually happened to them, but I sometimes feel a little guilty over profiting from someone else’s criminal act, but I take some consolation from the fact that at least they didn’t.

Funny the things one remembers so many years after the fact, eh?  Sadly, although I’ve plenty photos of the dump-spot (taken many, many years later), I don’t have any of the walkie-talkies.  They were grey though, if that helps you to envision them (should you want to).

She-Hulk: Mark Ruffalo Celebrates Making It Through the Premiere Without Revealing Spoilers