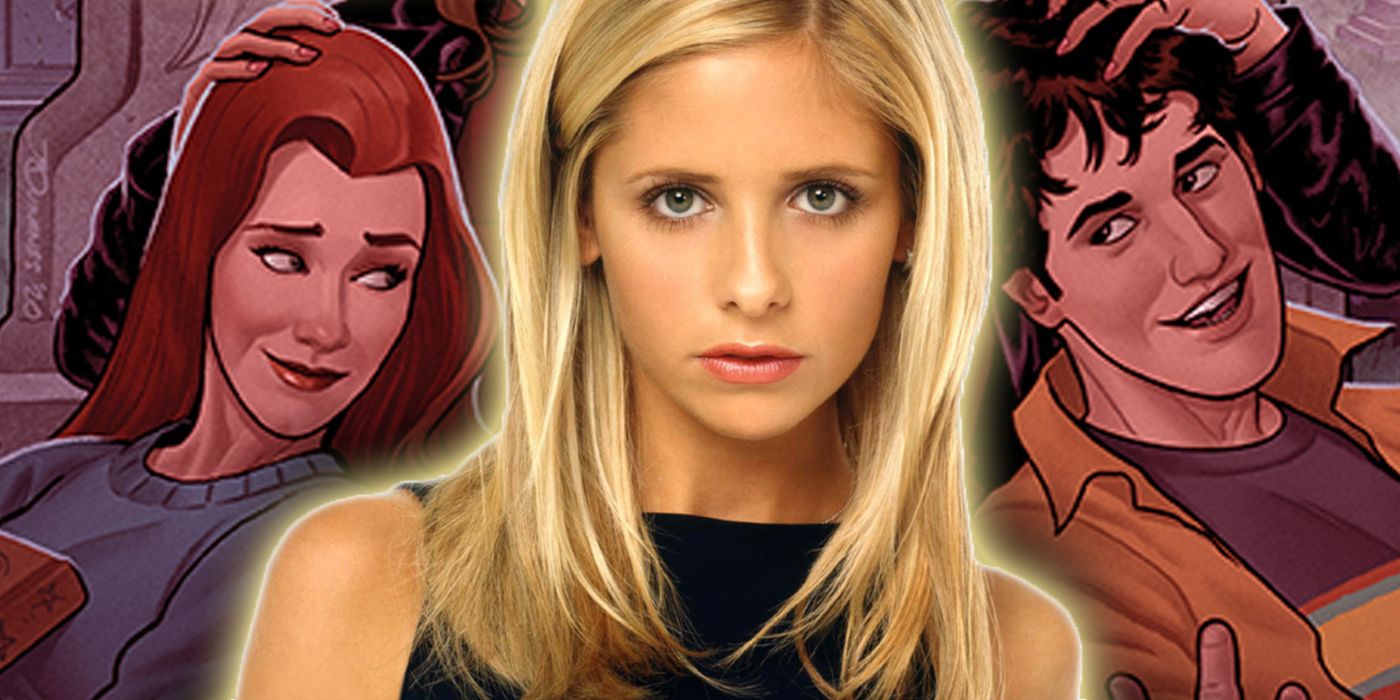 Ever since she burst onto the scene nearly 30 years ago, Buffy Summers has been the world’s greatest line of defense against vampires, demons, and everything in between. As the Slayer, she has been imbued with power just as great as her purpose, even if the dark, alternate future she finds herself in now has seemingly diminished both of those.

Thankfully, a new Slayer has just stepped into the picture who could change all of that, and she might just be the strongest of them all thanks to being the daughter of two of Sunnydale’s most powerful witches. 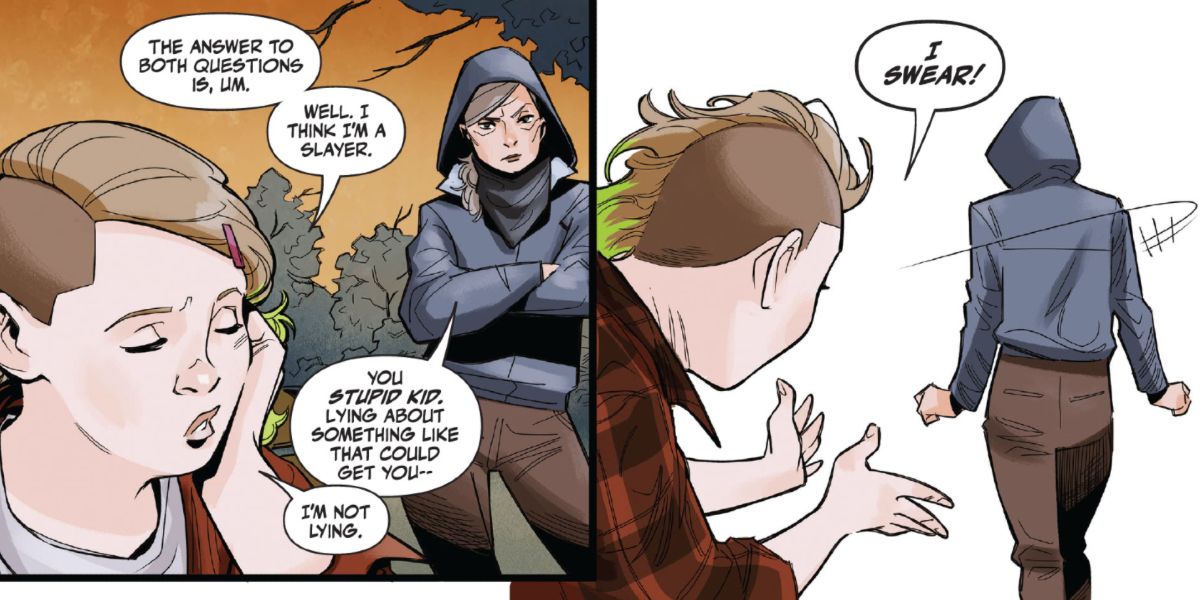 Things have changed a lot in the nearly 50 years since Buffy Summers first uncovered her path as the Slayer. Far from the world she grew up in, Buffy the Last Vampire Slayer #1 by Casey Gilly, Joe Jaro, Joana Lafuente, and Ed Dukeshire sees vampires and humankind living side by side under the auspices of a darkened sun and a tenuous mutual agreement. Since the promise was made that neither side would actively harm the other, Slayers have become effectively obsolete, leaving Buffy to drift through her later years without any real direction. As it turns out, that may not be the case for long after Buffy meets a young woman who claims to be a Slayer in need. And although her story sounds fantastical, her resemblance to the Scooby Gang’s own Willow and Tara is too great to be ignored.

One of the most iconic members of the Scooby Gang from the original series, Willow Rosenberg started out as the meek best friend of Buffy before eventually blossoming into an awesomely powerful witch with the help of her girlfriend Tara Maclay. Over the years Willow’s powers would grow from performing simple magics to enveloping her in darkness before culminating in her activating the latent powers in every potential Slayer across the globe, cementing her place as a deity for some of them.

Though Tara was never as powerful of a mage as her partner, she too proved to be an infinitely valuable ally in the fight against evil, up until her untimely demise. The thought that these two at some point had a child together is surprising enough, considering Tara’s early death, although it wouldn’t be the most shocking development seen in the pages of Buffy the Last Vampire Slayer. What this woman is capable of if all of this is true, on the other hand, absolutely would be. 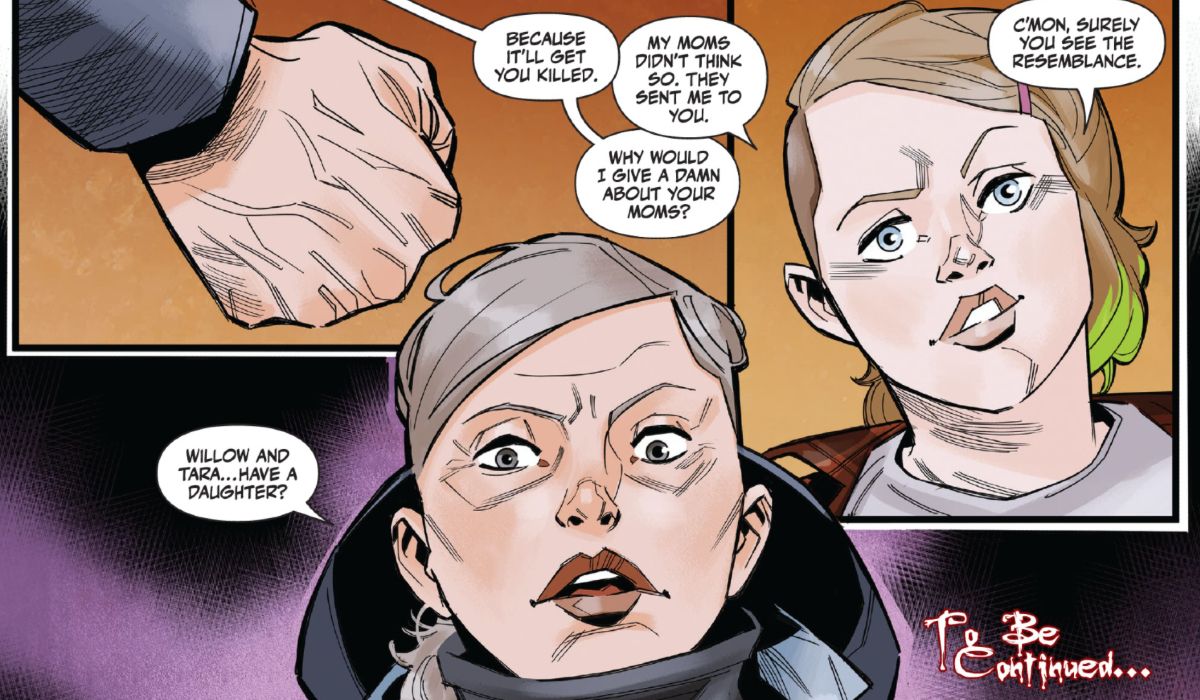 Like Buffy, all Slayers are endowed with abilities that push their physical attributes well into the realm of superhuman. Enhanced strength, speed, and stamina are all coupled with the kind of durability and healing factor that would feel more at home in the pages of a superhero comic than a horror story, not to mention their senses being heightened to the point that even unseen assailants don’t stand a chance. If all of this were to fall into the lap of someone who inherited even an iota of the powers of Willow and Tara, there is no doubt they would be unstoppable on the battlefield.

It remains to be seen whether the woman Buffy met is actually the daughter of Tara and Willow, but from the looks of things she is actually telling the truth. She at least resembles her alleged parents enough that Buffy recognizes them in her without any names being dropped, lending enough credence to her claim that it can’t just be swept aside. With any luck, she’ll turn out to be exactly who she says she is, as well as the next great hero that the devastated world of Buffy the Last Vampire Slayer so desperately needs.

KEEP READING: Why Katie Holmes Rejected the Role of Buffy the Vampire Slayer