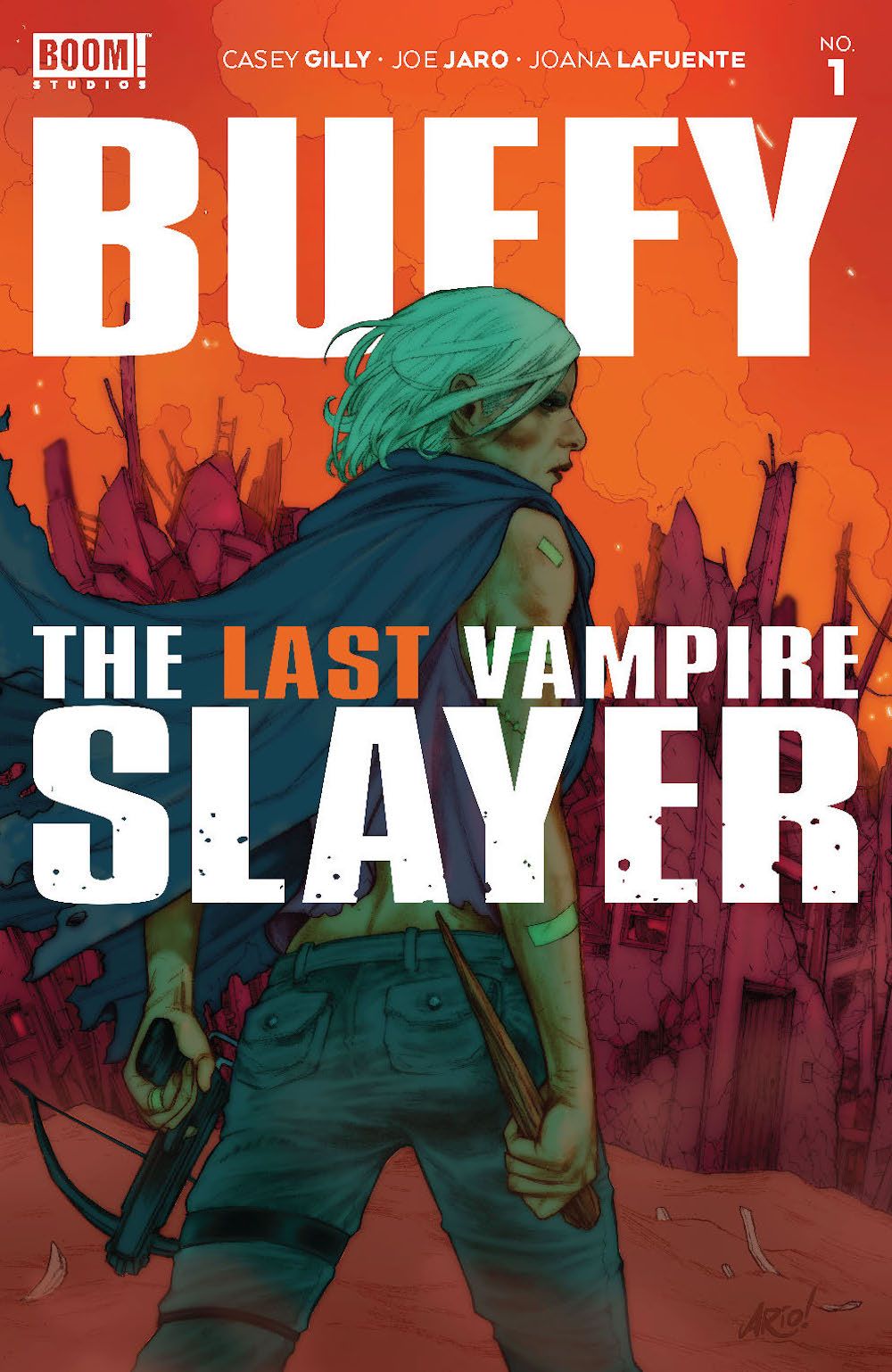 No franchise has quite so many re-imaginings and alternate universes as Buffy the Vampire Slayer. From the original TV series to the many comics and their spinoffs, Buffy has lived through countless continuities and slayed through them all. However, recently, another version of Buffy, in another world and another, distant time, is doing a lot less slaying than is usual for her character — or at least, is not allowed to. She is faring all the worse for it.

Buffy: The Last Vampire Slayer tells the tale of Buffy Summers, now in her 50s, in a world literally darkened by a magical apocalypse that blocked the sun and wiped out all active and potential slayers other than Buffy. With the sun blotted out permanently, vampires roam free, even in the daytime. Humans and vampires have struck an uneasy truce where neither faction is allowed to harm another — not that it stops the forces of evil from having their way. Having lost her family, friends, and hope, Buffy now wanders the streets, fighting an endless war against the forces of darkness alone. However, she soon finds an unlikely ally who has a surprising link to her past, resurrecting some hope for the slayer.

Related: Buffy the Vampire Slayer Revealed the Most Powerful Scooby May Be [SPOILER]’s Daughter! 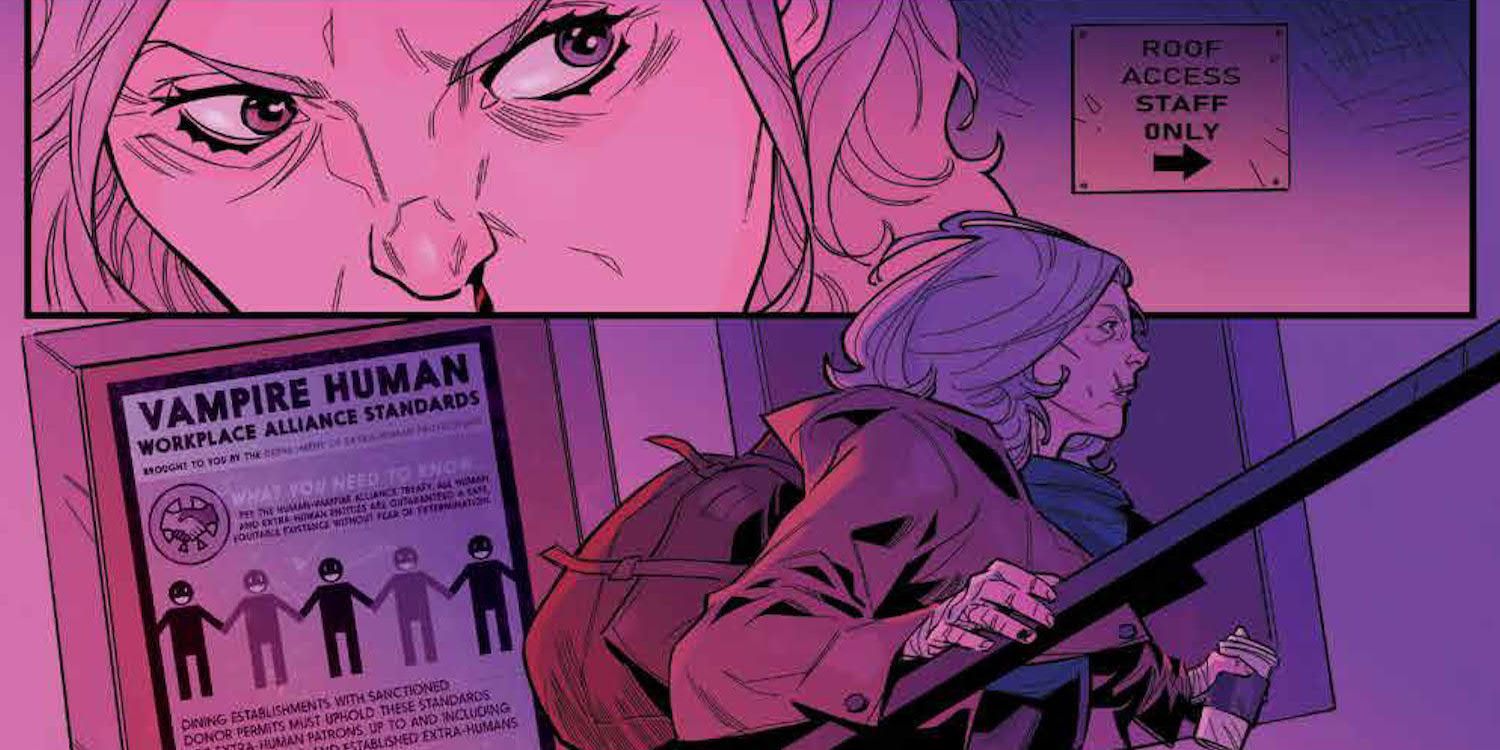 Buffy: The Last Vampire Slayer doesn’t break a lot of new ground. Dystopian futures starring aged, embittered versions of heroes are nothing new. The decaying world of Sunnydale has all the hallmarks of post-apocalyptic fiction — fascist and anarchist imagery, explosions, decaying buildings, and hostile populations. It’s a mirthless environment, and the cast is equally gloomy. Buffy’s interactions — from her old frenemy Anya to the mysterious green-haired teenager Thessaly — are predictably harsh and the witticisms lack warmth.

Buffy’s descent into despair isn’t shocking — given her origins as a reluctant hero. She’s colder and meaner, fitting the “hardened old fallen hero” trope. Thankfully, Buffy Summers is still the witty hero fans love underneath the harsh exterior. Many classic Buffy-isms remain, such as her inclination for sarcasm, her rapid-fire wit, and slightly clumsy use of language. The presence of her fallen friends is deeply felt. Buffy’s damaged sanity manifests in her imagining Giles conversing with her. She responds to his seemingly imaginary scolds and encouragement. Some of Buffy’s tenderest moments come by way of her thinking of her friends, especially clutching a photo of Giles to her chest in a moment of vulnerability.

The story of Buffy: The Last Vampire Slayer is relatively predictable. However, there are enough twists to keep it interesting. Thessaly is a breath of fresh air, as is her origin relating to Wiccan power couple Willow and Tara. Anya is a welcoming presence, and despite the verbal lashings, she and Buffy have some good chemistry. The premise of Buffy being the last Slayer that will ever exist — while grim — is a good setup and makes way for the potential twist at the end.

Visually, Buffy: The Last Vampire Slayer is impressive. Artist Joe Jaro and colorist Joana Lafuente are a good team, believably crafting the ruins of Buffy’s perpetually gloomy world. Jaro’s use of light line weight and subtle scratch marks convey a sense of an environment tattered by age. Lafuente’s color and palette in particular stand out, with clever use of color washes and vibrant, cyberpunk hues. Moments of peril and moodiness are rendered in teals, violets, magentas, while the more down-to-earth moments feature grounded earth tones back with warm orange.

Although it isn’t the most original story, Buffy: The Last Vampire Slayer is another worthy entry into this franchise’s formidable, and ever-growing, list of “what ifs.” Considering that in most continuities, Slayers live short and violent lives, it is a fun look at what happens when a Slayer lives long enough to receive the Old Man Logan treatment.