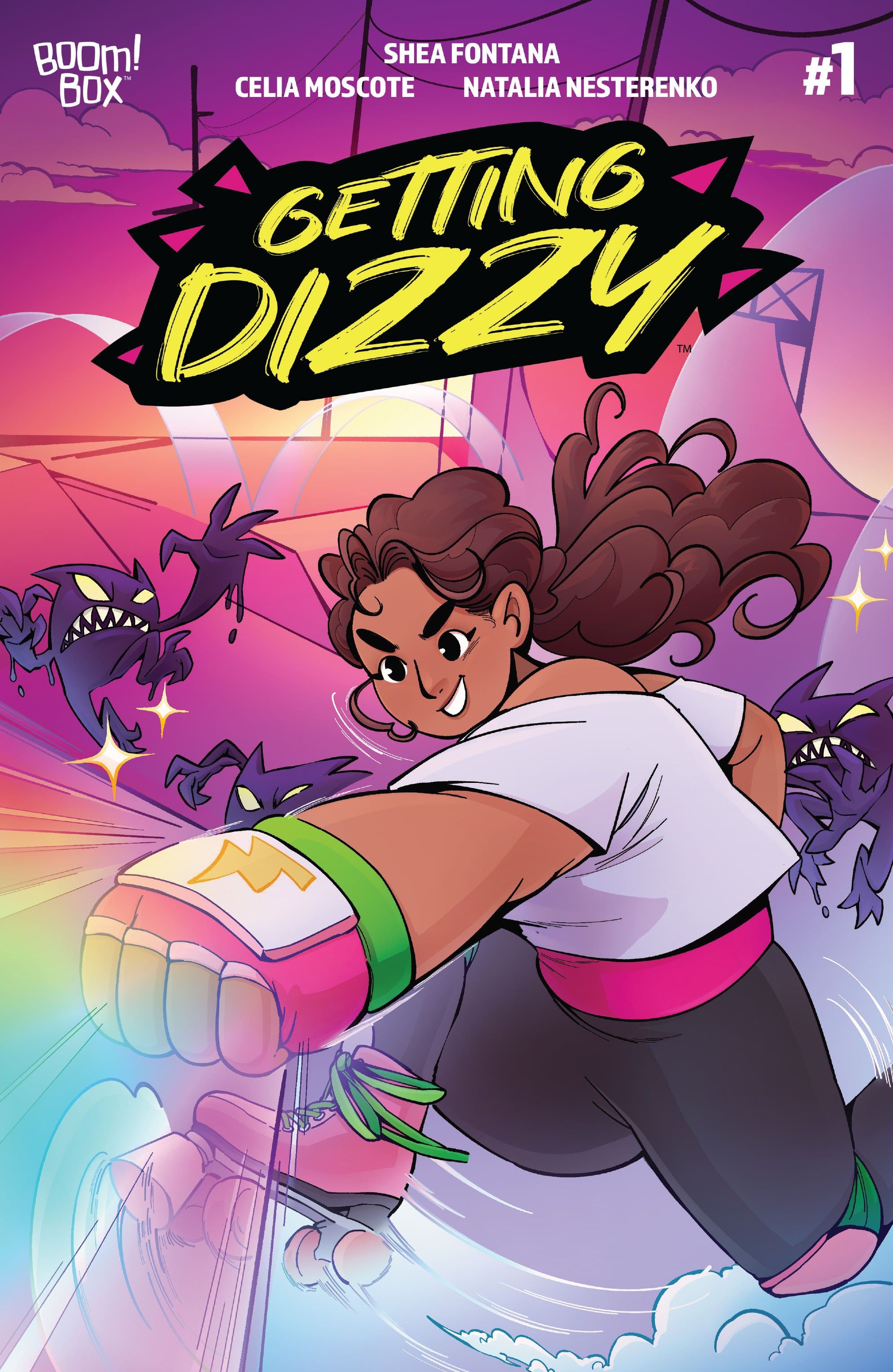 If there’s one consistent lesson to be learned from 21st-century fiction, it is that there is something infinitely charming about seeing teens take on otherworldly challenges. Recent stories like Paper Girls and Owl House as well as classics like Harry Potter and Adventure Time prove the durability and longevity of teenage heroes time and time again. But, Boom! Box’s new all-ages series Getting Dizzy might put audiences’ patience with the lovable trope to the test. Author Shea Fontana, who is the show-runner for Monster High and the author of Batman: Overdrive, teams up with artist Celia Moscote, best known for their work on Juliet Takes a Breath, to produce an underwhelming and chaotic first issue.

Getting Dizzy #1 follows a young woman named Desideria, who goes by Dizzy. In the debut issue, Dizzy struggles to decide what to do with her life, but she knows she wants to be great at something. This rudderless ambition tends to get her into trouble, but her heart always seems to be in the right place. One night, she stumbles upon an interdimensional portal, and a mysterious person named Chipper explains that monstrous creatures called Negatrixes are coming to Earth. It is up to Dizzy to become the “Burb Defender” and capture them. 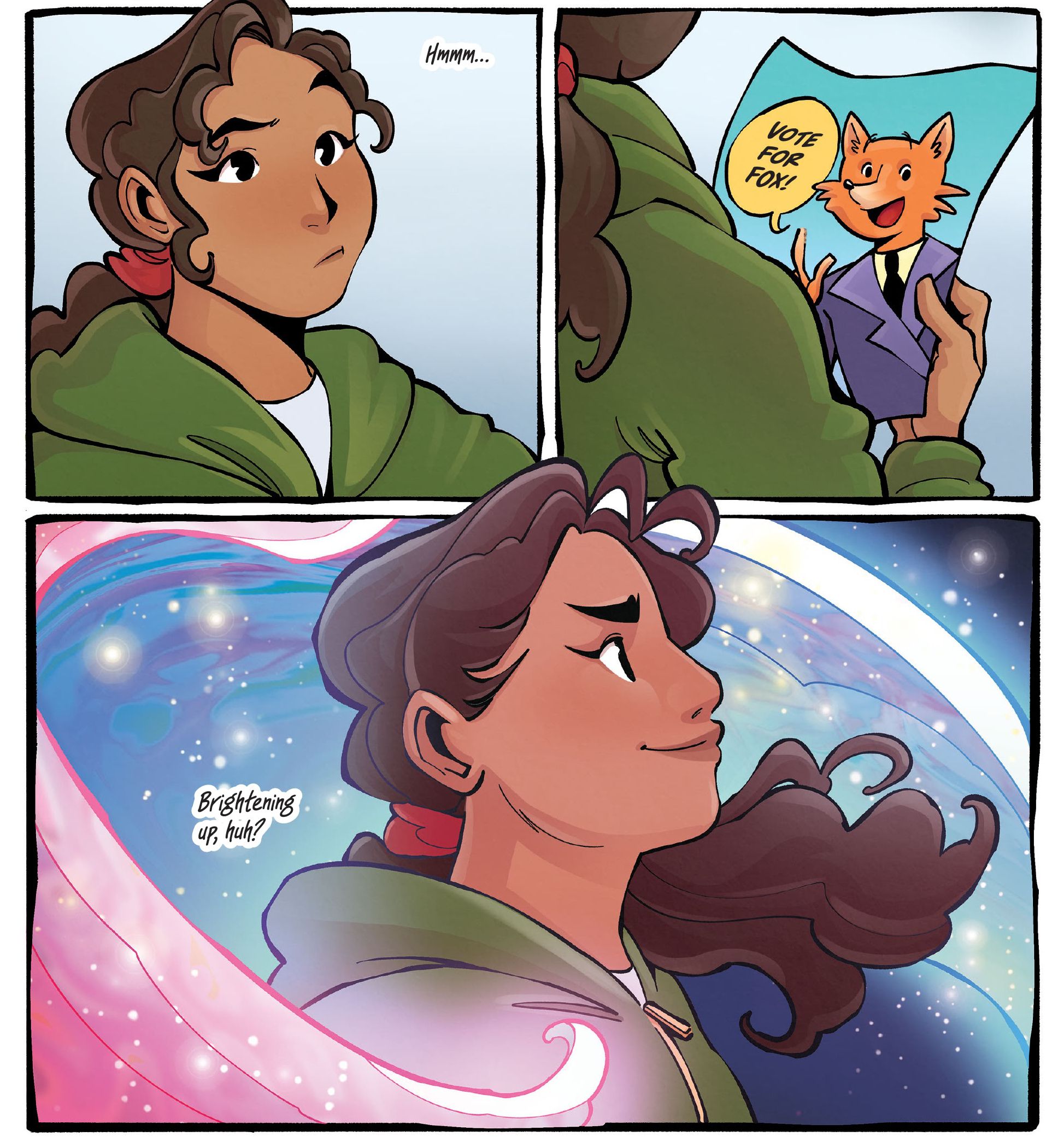 Shea Fontana’s Dizzy is a likable character with a plucky attitude that makes it easy to root for her. But Dizzy’s endearing character is undercut by the arbitrary nature of the rest of Getting Dizzy #1.  Dizzy discovers the interdimensional portal while doing chores for her mother as punishment for being caught painting graffiti, but she doesn’t seem to feel any pressure to return home. She’s more than happy to chat with a group of teens at the skatepark in between chasing down the Negatrixes, whose only motivation appears to be to “make the humans cry.” Chipper, the Negatrixes, and the concept of the Burb Defender are all introduced in a manner of panels, but Dizzy accepts everything without asking questions. Fontana doesn’t take the time to explore any of the concepts she’s introducing. Chipper occasionally appears out of nowhere to explain minor details to Dizzy to provide a manic and confusing exposition that feels slapped together.

When introducing audiences to new worlds, it is common for authors to leave most of the world-building duties to the artists. Unfortunately, Moscote is just as withholding with story information as Fontana is. A majority of the panels are drawn without any backgrounds at all, which makes it difficult to invest in the world of the story. It is hard to care about what the Negatrixes might do to the world when the reader doesn’t even know what the world looks like. Moscote’s minimalism makes it difficult to ignore the array of awkward poses and poorly composed action sequences that are at once bland and difficult to understand.

Related: Batman and Robin and Howard is Fun for the Family 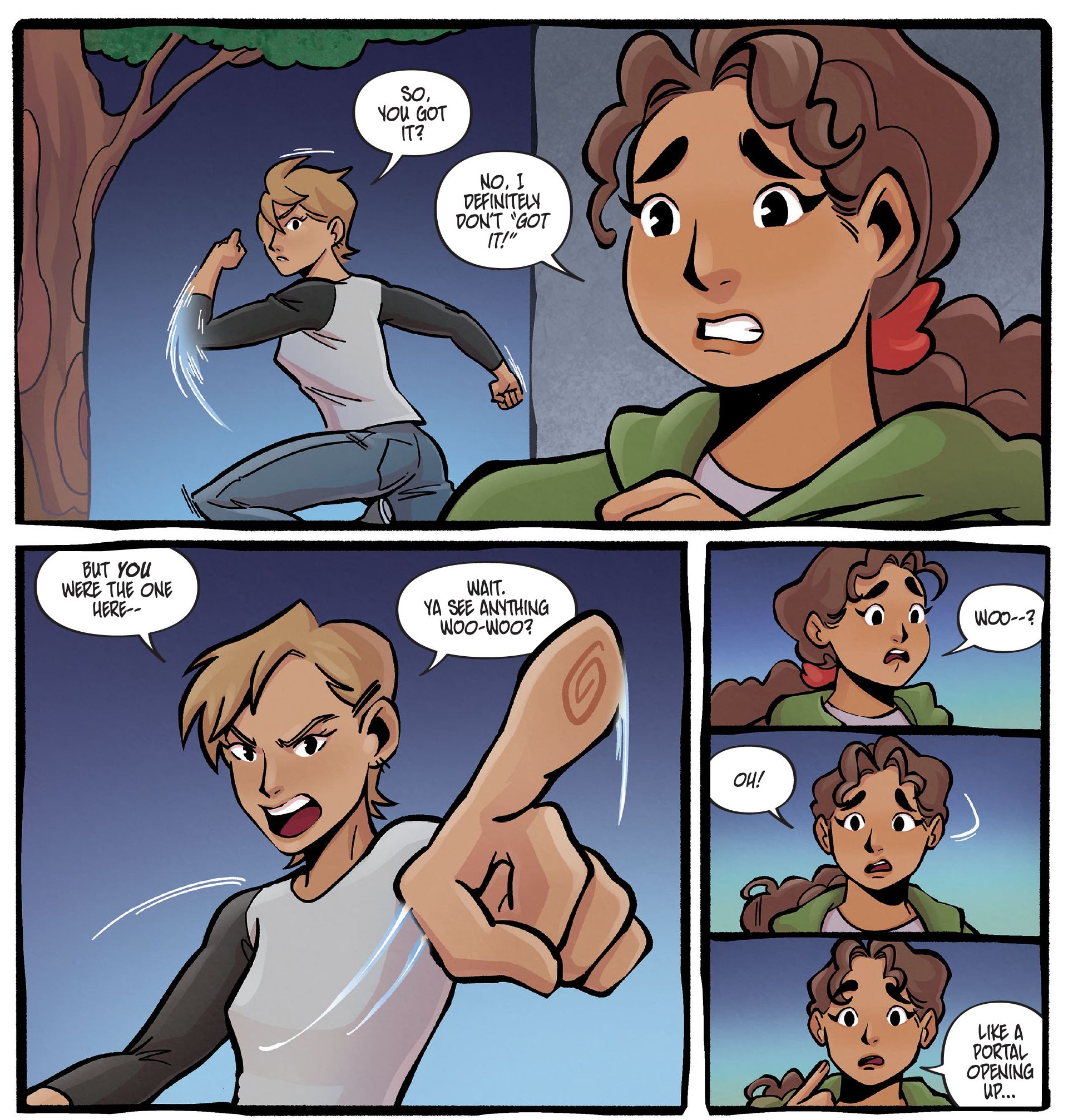 Dizzy has the potential to be a lovable character, but Getting Dizzy #1 struggles to make her stand out among fiction’s countless adventurous teens and fails to define her world. Both Fontana and Moscote seem unable to wrangle their many ideas together to present a cohesive narrative. Rather than subverting many formal comic-book conventions, they simply ignore them to produce a clumsy and aimless first issue.