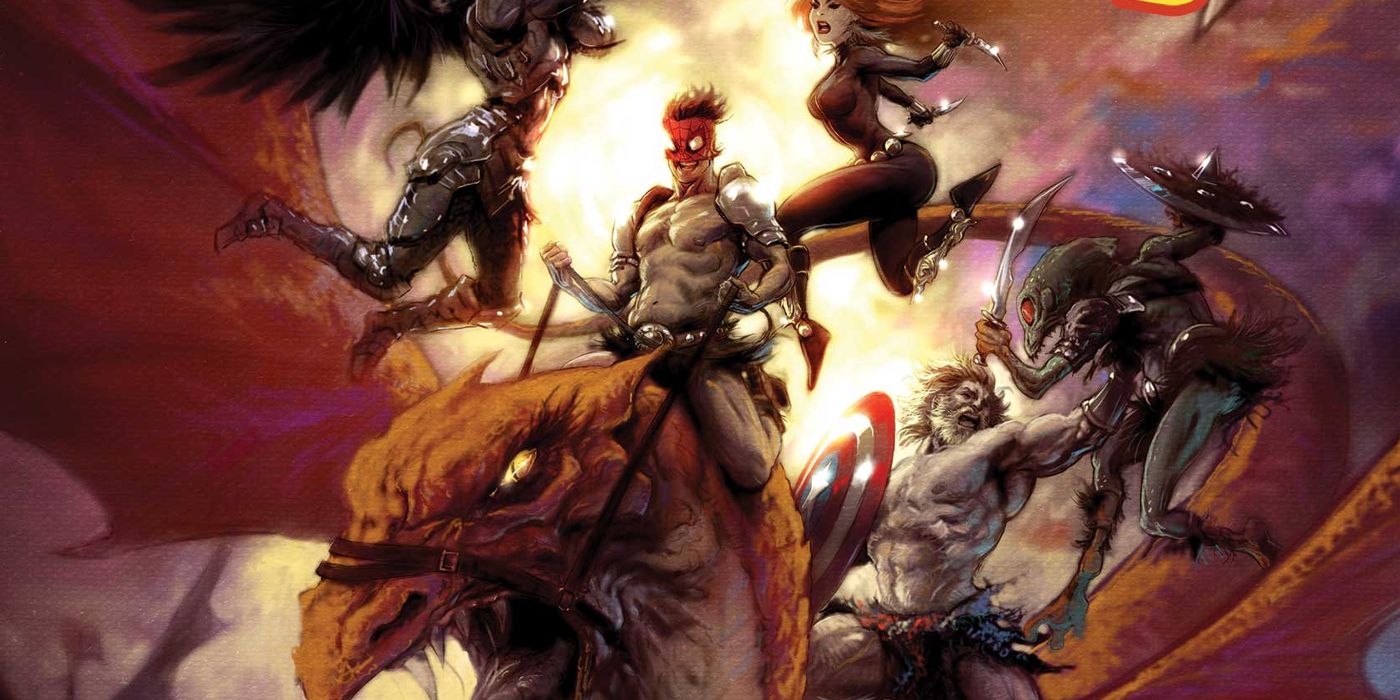 The upcoming Amazing Fantasy #5 lives up to its title, as barely clothed versions of Captain America, Spider-Man and Black Widow lead the charge against King Ren and the mysterious hooded figure manipulating him — and receive some smooches for good luck along the way.

A preview for Issue #5, written and penciled by Kaare Kyle Andrews, shows this motley team of Marvel heroes pulled beyond time and space, busting out of the prison cell that contained them in the previous issue. As they prepare for action, Black Widow gets a kiss from the centaur Breute, who has shown feelings for her over the course of the series, while Spider-Man gets one on the lips from Fey, a member of the bird tribe who first found him when he entered into the otherworld of Amazing Fantasy. Even the virtuous Cap gets an angry smack on the lips from Daria, one of Natasha Romanoff’s older companions in the Black Widow Ops Program — who insists that the kiss is “out of pity” and calls Cap “Yankee scum” in the same breath.

RELATED: Amazing Fantasy #1 Is a Tale of Fantasy & Wonder

Amazing Fantasy #5 ends the third iteration of the series that originally debuted Spider-Man with its 15th issue in 1962. This version of the comic has embraced the pulp spirit of the original magazine’s earliest issues, taking the Captain America of World War II, the Spider-Man of the ’60s and the trainee Black Widow of the Cold War and tossing them into a vivid world of fantastical creatures.

The past four issues in the series have seen all three Marvel heroes coming to terms with their strange surroundings. Captain America has attempted to broker peace between tribes of orcs and other bestial humanoids, Spider-Man has encountered his long lost Uncle Ben — who calls the world of Amazing Fantasy a bizarre version of Hell — and Black Widow has been courted as the queen of King Ren, a devilish ruler who seeks to unite his realm.

“This is a story that combines not just different Marvel eras but different art styles to depict them,” Andrews told CBR. “As a creator, sometimes you want to invent new heroes and villains to expand the universe into different places or ideas, but sometimes there is an even greater power in embracing what has come before. In telling fresh and passionate tales with heroes that an audience has already invested a lifetime in. There is a beating heart to these archetypes. And they need to live again!” 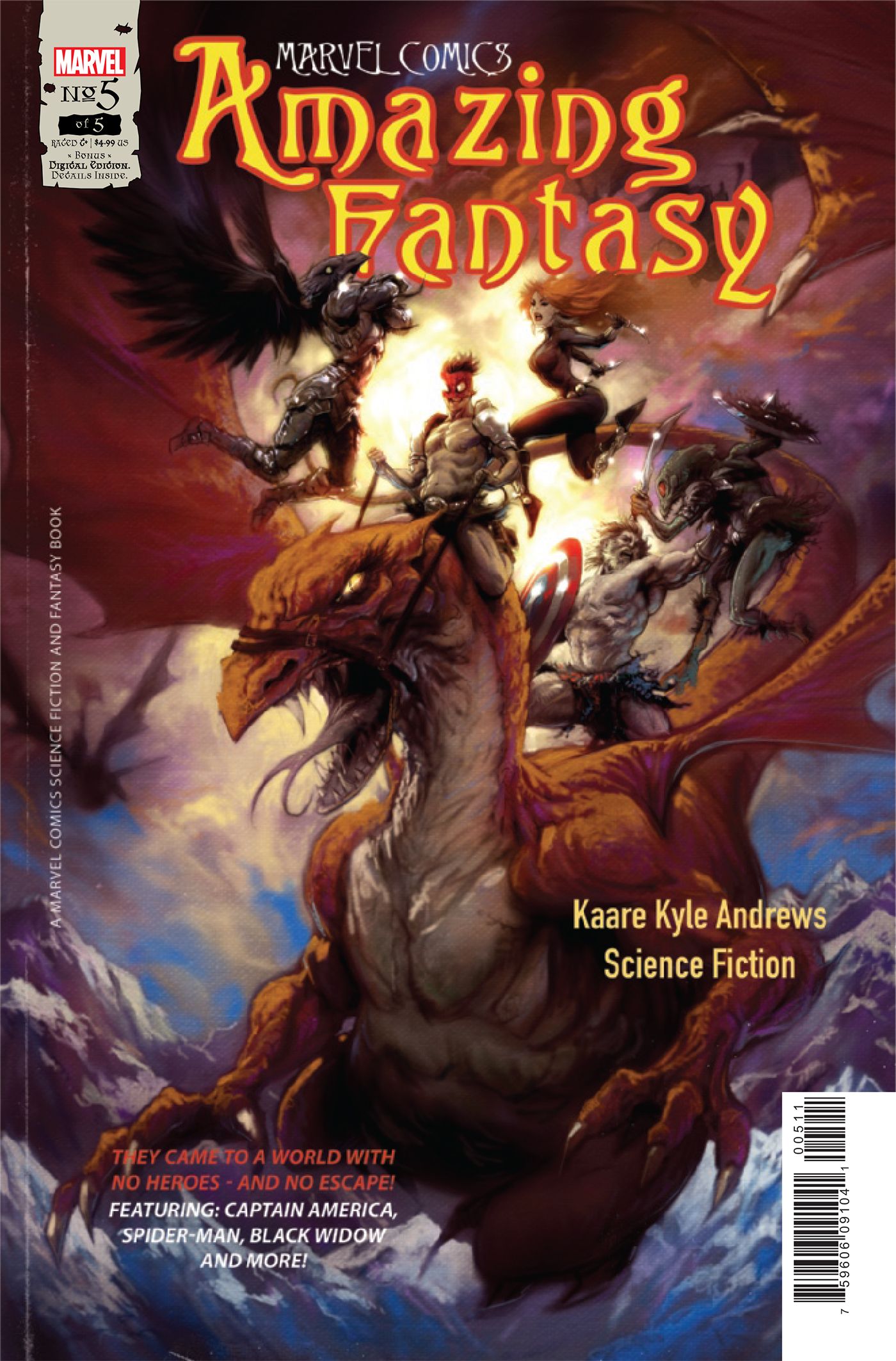 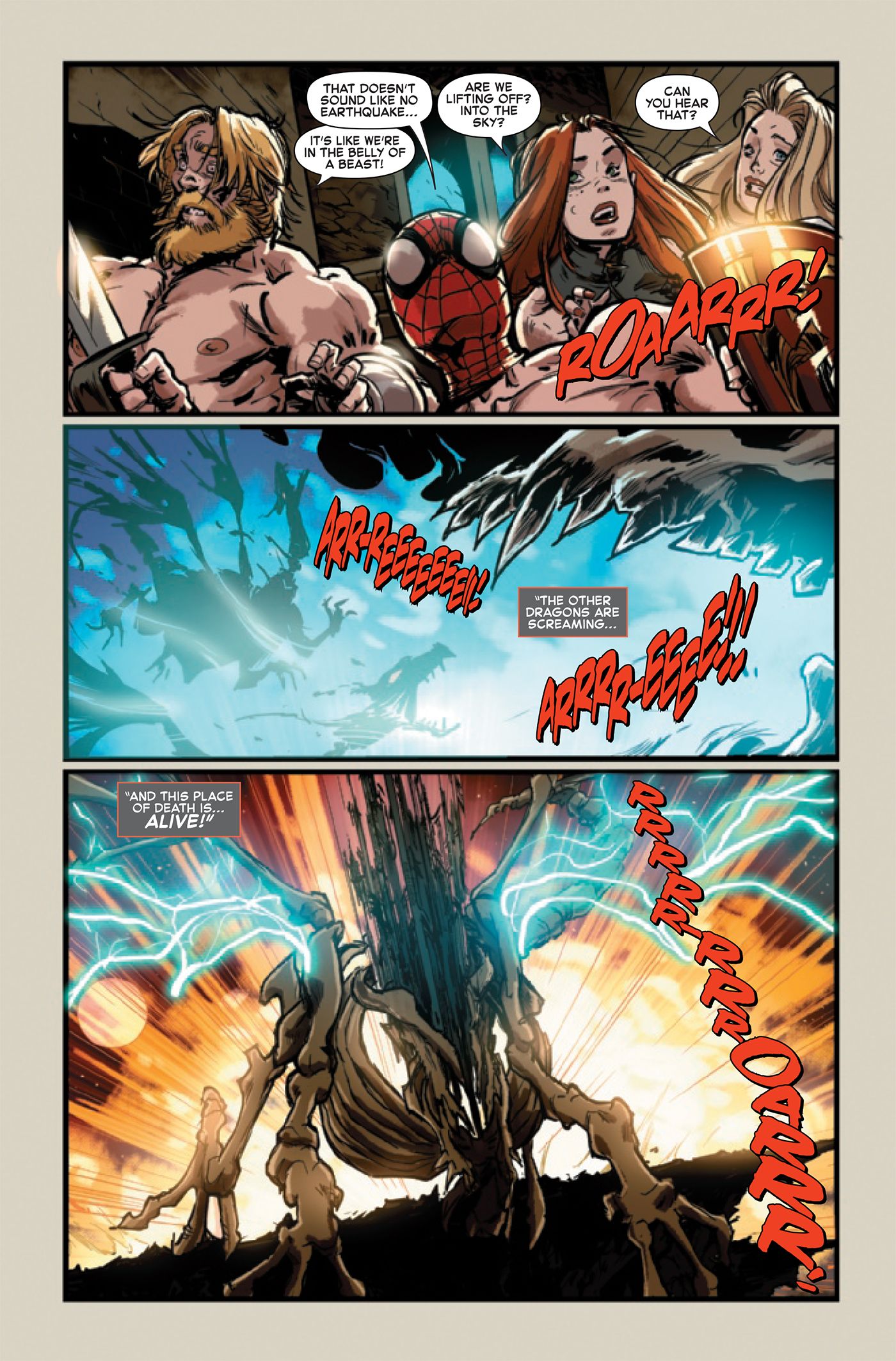 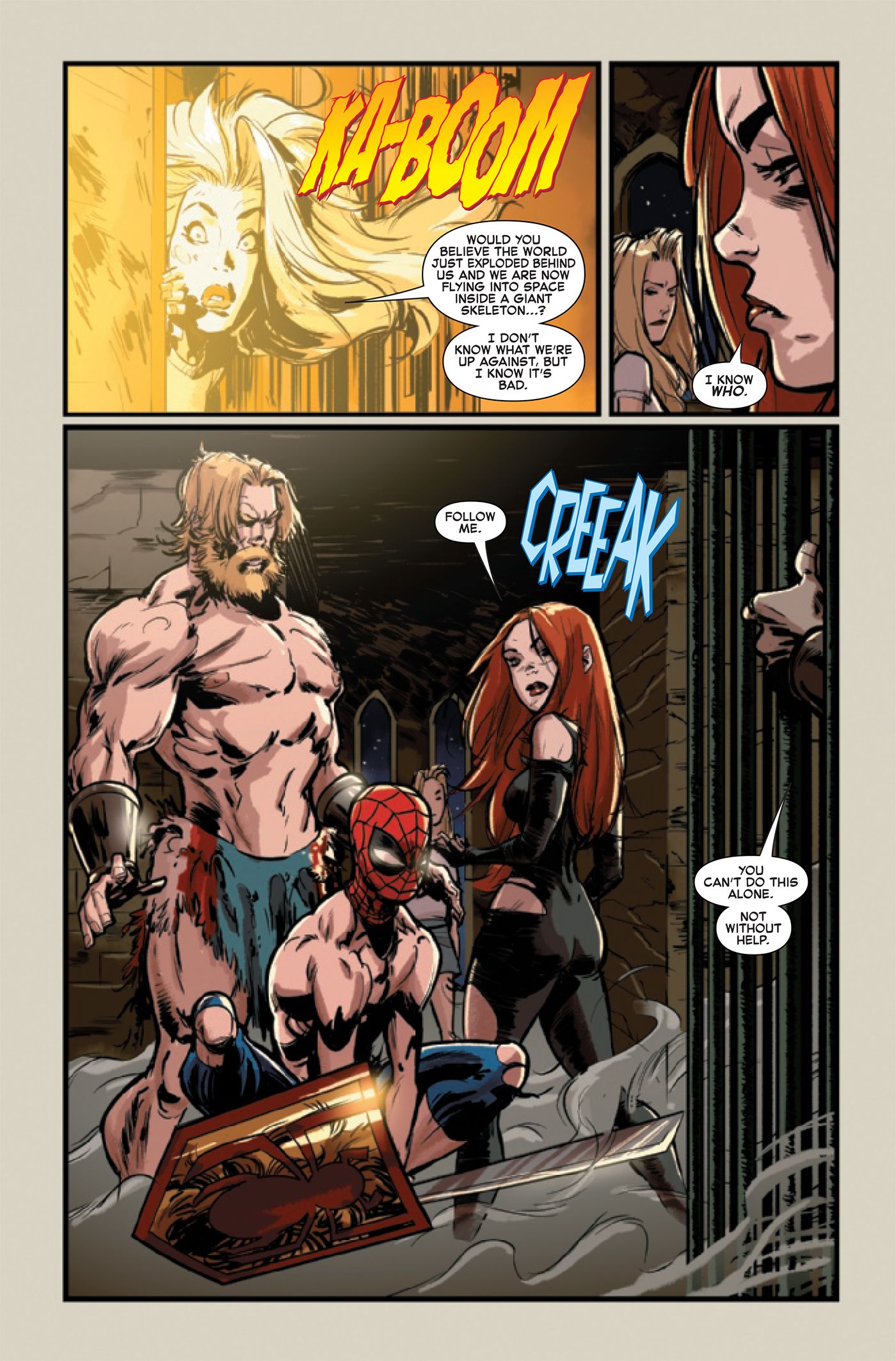 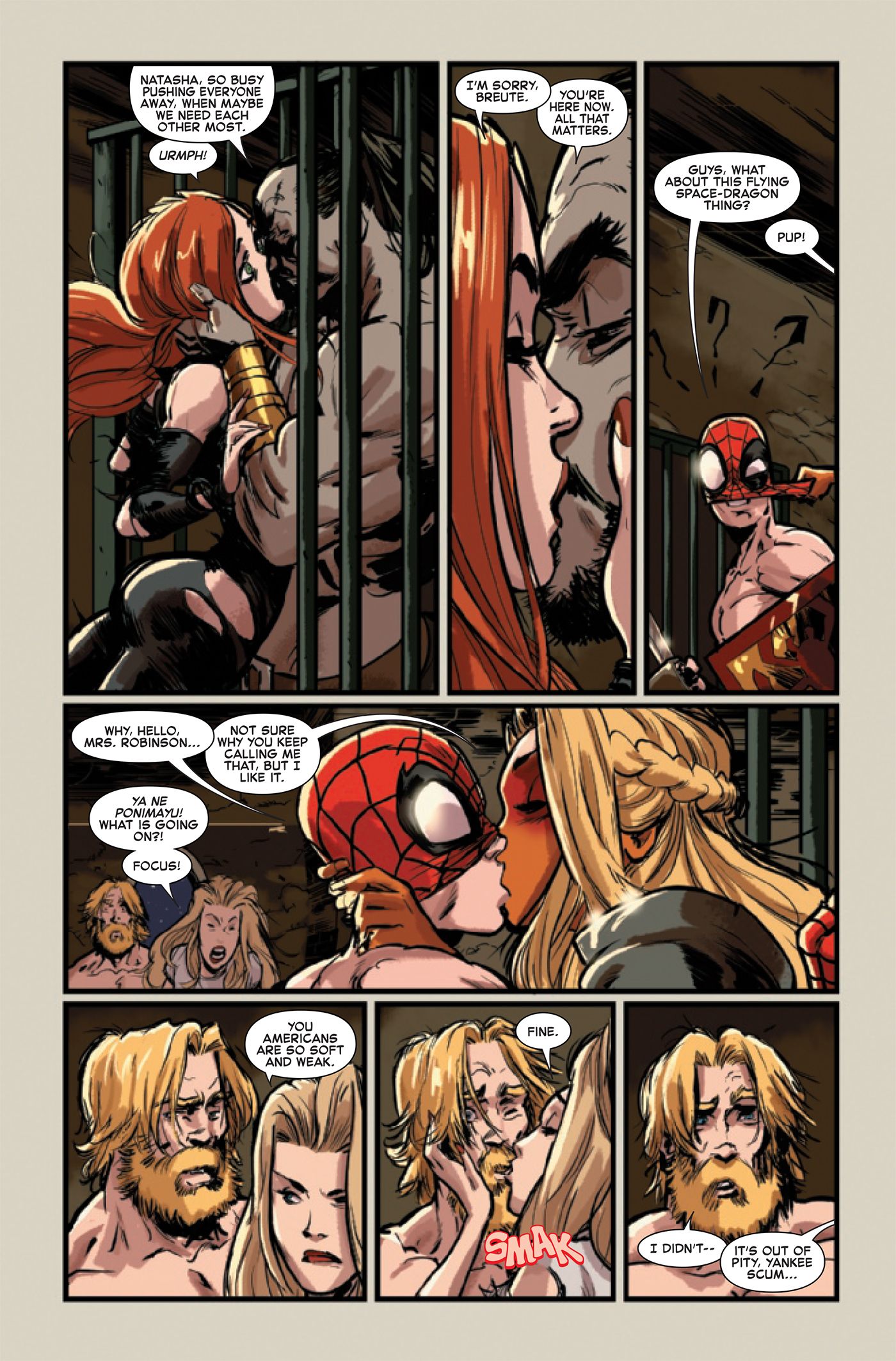 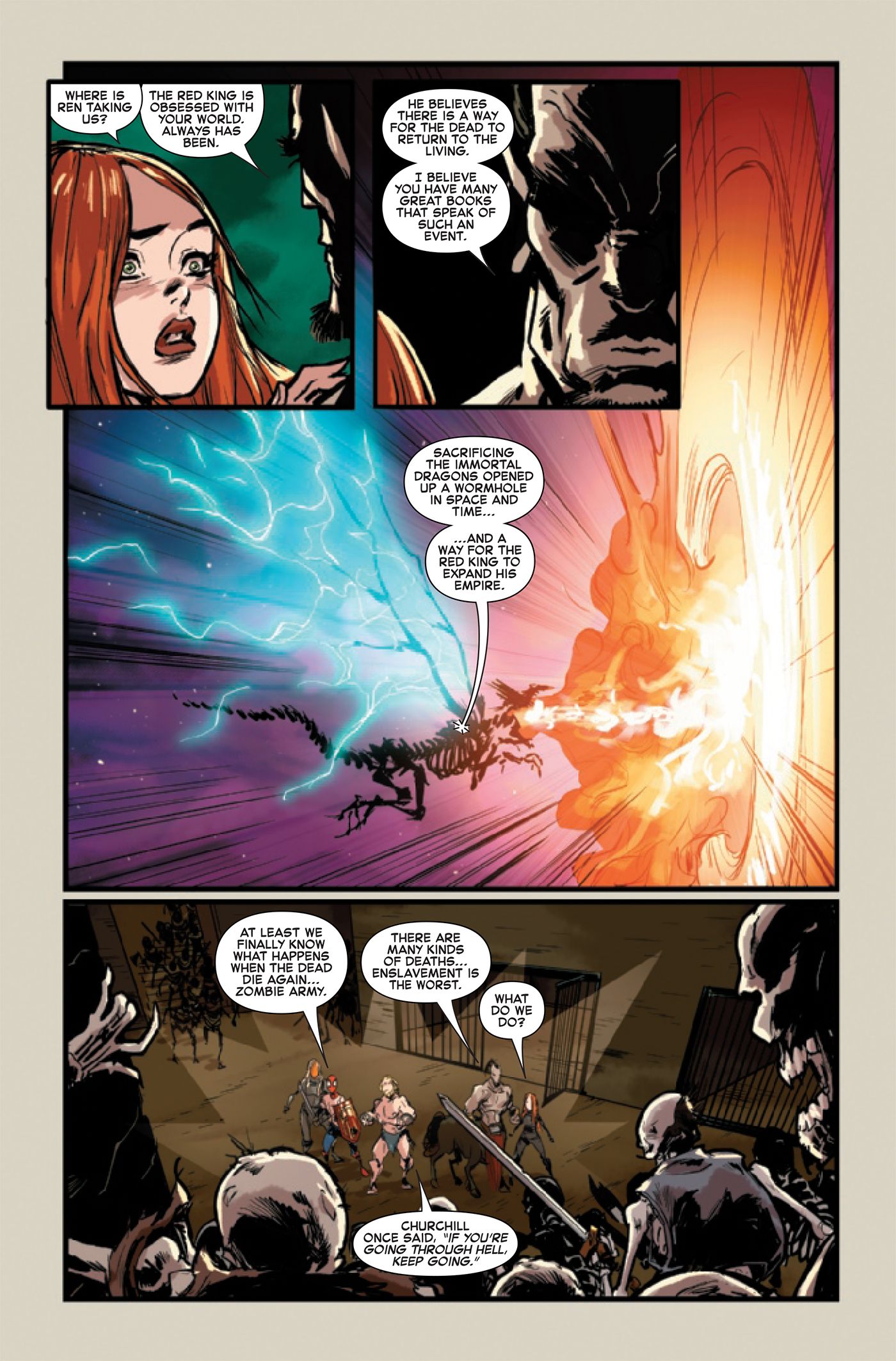 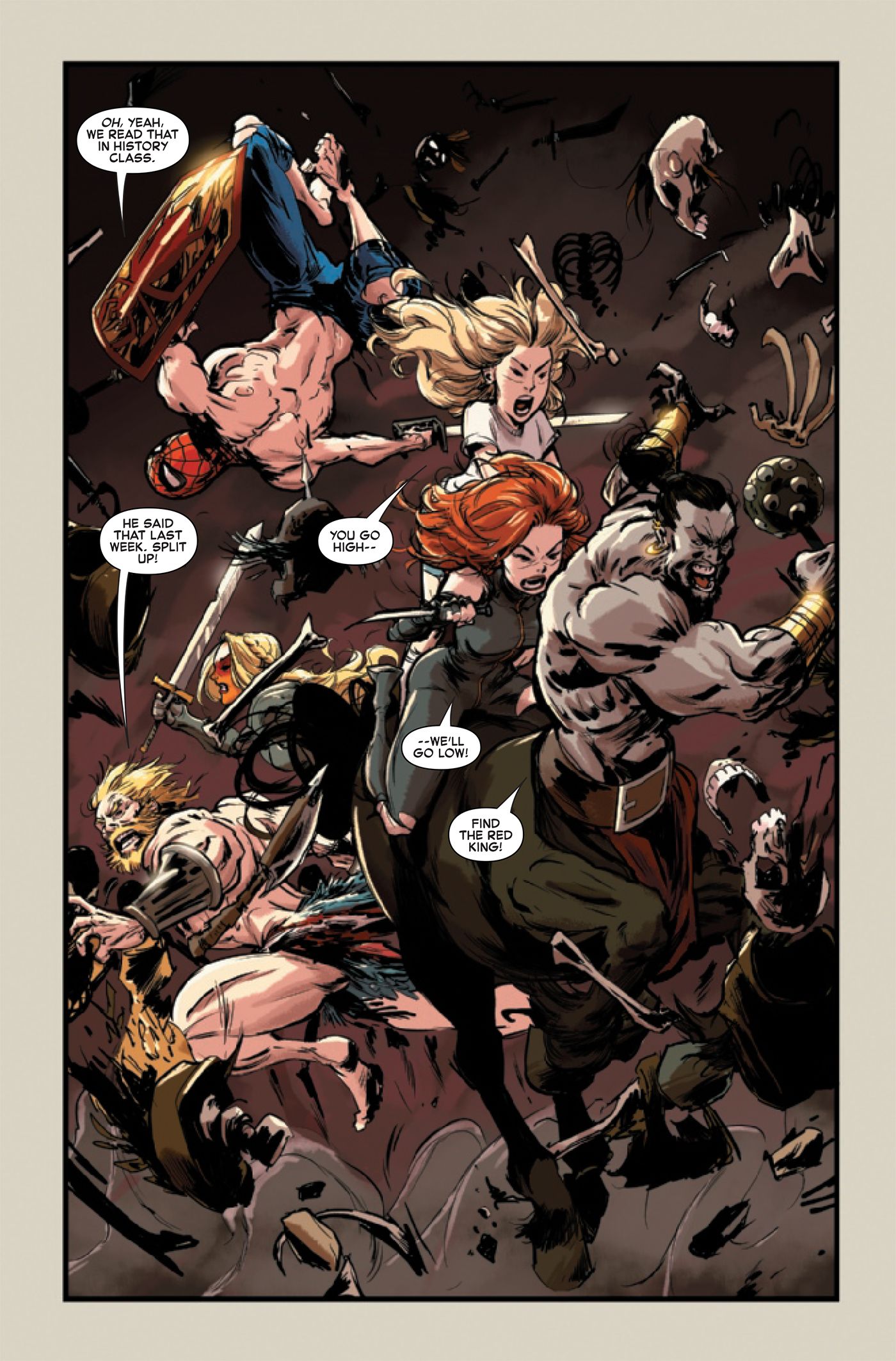 RELATED: Wolverine Is Still Haunted by the Death of [Spoiler]