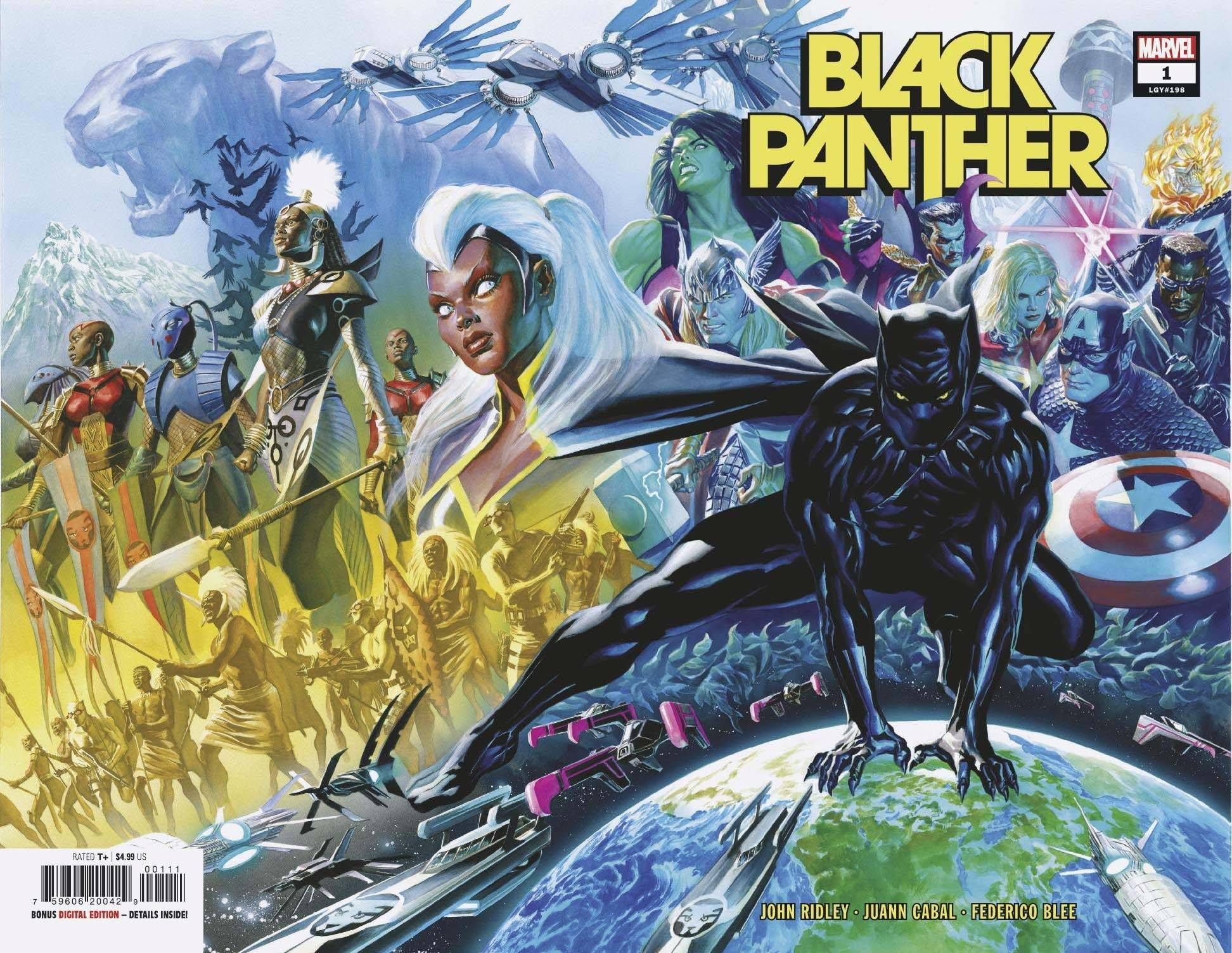 In Black Panther #1 by John Ridley and Juann Cabal, the world is an untrustworthy place. The series puts the Black Panther in the middle of a mystery when one of his covert operatives is brutally murdered on the streets of Chile. The book is filled with layers of espionage and intense thrills, as T’Challa’s past comes under assault from all sides, forcing the King to take a stand for his nation — even if his country doesn’t want him to. The debut issue of Black Panther delivers on its high expectations with a bold premise that positions Black Panther as a rebel with a cause, willing to sacrifice anything to defend what he holds dear.

Black Panther #1 opens with T’Challa leading Captain America, Doctor Strange and Thor against a plethora of monstrous foes. As the Avengers struggle against the beasts, Black Panther tells Doctor Strange to open up a portal into another dimension, which allows them to win the day. The action then cuts to Wakanda, where T’Challa adjusts to life back home. However, his calm is interrupted by a message from a black ops agent stationed in Chile. This message leads T’Challa to discover that several agents he secretly sent out into the world have been exposed and are now in danger. But given Wakanda’s tense relationship with the rest of the planet, will the revelation that T’Challa was spying on the globe threaten his legacy?

Academy Award-winning writer John Ridley pens Black Panther #1, building off of the strong foundation left behind by Ta-Nehisi Coates before him. Ridley spends a lot of time in the first issue reestablishing T’Challa’s relationships with those around him, from the Avengers to Wakanda’s government. Doing so allows Ridley to develop T’Challa as a fully-rounded character with power, intellect and perhaps a touch of hubris. Unfortunately, Black Panther’s relationship with the Avengers seems to be setting him up for failure; T’Challa makes and breaks promises while keeping his allies at arm’s length, while his covert operations position him against the entire world. Black Panther opens up conversations about what it means to prioritize one’s people while operating on a global stage.

Artist Juann Cabal excels at all aspects of the game, utilizing distinctly designed landscapes, epic fight scenes and expressive characters. As he has shown in the past on titles like Guardians of the Galaxy, Cabal has no problem juggling a large cast, manipulating the panel’s perspective to prioritize essential information. Cabal’s art comes to life when he shows Black Panther’s black ops agents in action. The transformation sequence that unfolds as they armor up is reminiscent of Power Rangers and the subsequent fight is layered with high drama and sharp choreography.

Federico Blee’s colors are the perfect companion for Cabal’s work, giving the series a sincere superhero aesthetic. However, when the scene calls for a more subdued approach, Blee dials back and grounds Black Panther in reality with muted tones that establish the mood.

Overall, Black Panther #1 provides T’Challa with a strong launch point for his newest series. The book simultaneously welcomes new readers while playing with ideas and concepts established in prior runs on the character. As Black Panther races towards his landmark 200th issue, the work by Ridley, Cabal, Blee and the entire creative team ensures fans that T’Challa is in good hands. Black Panther #1 is an excellent read for those looking to see T’Challa strike out on his own and remind his enemies why it is dangerous to corner a panther.