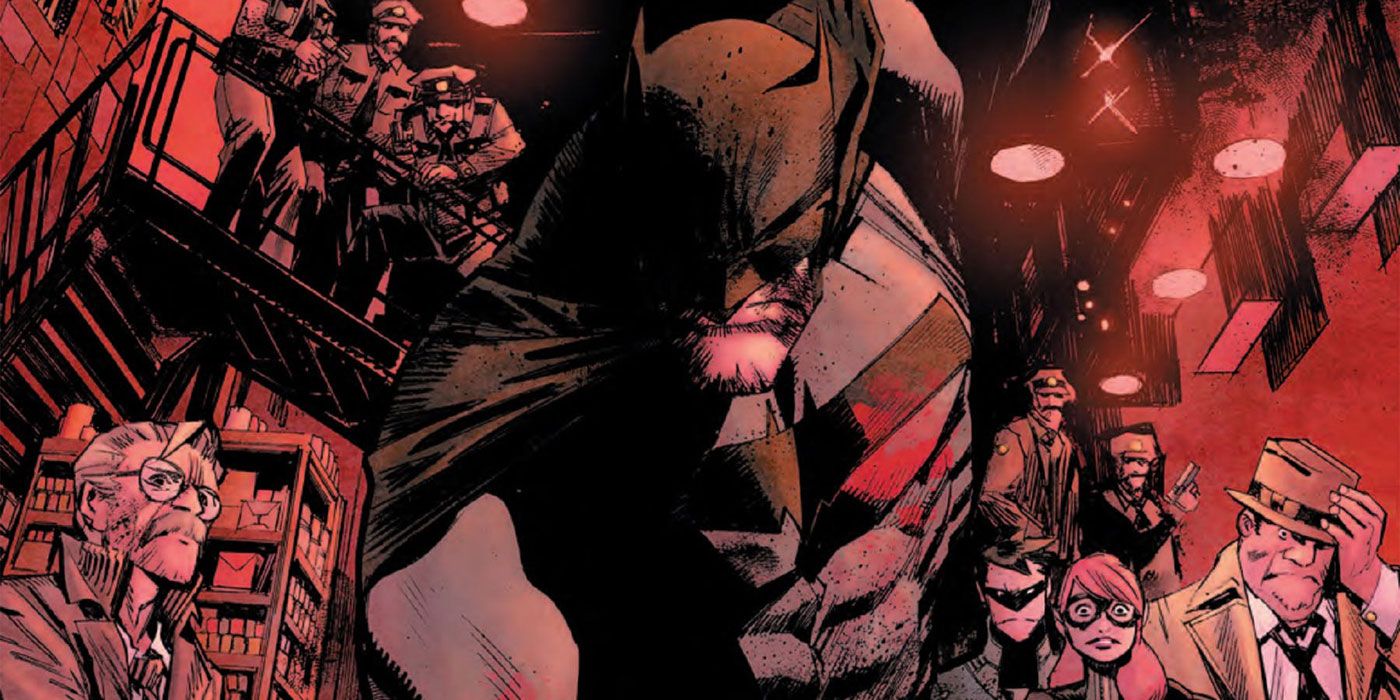 The world of Batman: White Knight may be expanding after creator Sean Murphy teased a new installment for the series.

Created by Murphy, the original White Knight series first released in late 2017 and consisted of eight issues, before his universe expanded with a subsequent sequel series and two spinoff titles. According to Murphy himself in a now deleted Twitter post, DC executives informally refer to the world that the writer/artist has built as the “Murphyverse.” Recently, the artist posted a single panel of art on Twitter with a cryptic file name to accompany it. The caption reads, “There’s a big DC announcement coming soon! Here’s a sneak peek.”

Aside from revealing that Murphy took the screenshot while at a strong level of battery life and 4G service, the panel features a woman wearing a spiked leather jacket and Batman t-shirt, with pink highlights. The file name shown begins with “BMBTWK,” with “WK” feasibly meaning White Knight. The main character shown here could also be or have a connection to Marian Drews, aka the Neo-Joker.

In the White Knight universe, there are two Harley Quinns that served at the Joker’s side during his criminal exploits of old. The first, Dr. Harleen Quinzel, is similar to the classic version that every fan knows and loves: psychiatrist turned Joker’s partner in crime. After Joker attacked the second Robin, Jason Todd, this Harley left and another filled the void–Marian Drews, who would later become the Neo-Joker after the original (now going by “Jack”) became sane again.

RELATED: Batman: How White Knight Sets Up Harley Quinn for a Sequel

In the panel, the character shown not only has a similar hair type to Drews, but also says the word “Puddin’,” Harley Quinn’s iconic term to refer to the Joker while they were together. Whoever the character might be, it is clear that readers who have taken the opportunity to dive into this world can expect more in the future. Murphy even implemented rules for his universe so new readers could easily jump on.

In an also now deleted tweet, Murphy specified that his universe would remain simple with “No complicated tie ins to other series or events,” so that you can hop on “whether you read comics or not.” Other promises include that no character will return from the grave ever, but also that “every book” will come out on time. Lately, the comic industry has been seeing significant delays, affecting series like Action Comics, Wonder Girl and Teen Titans Academy, the latter’s Halloween issue coming out days after Thanksgiving as a result.

How to Watch the Halo TV Series