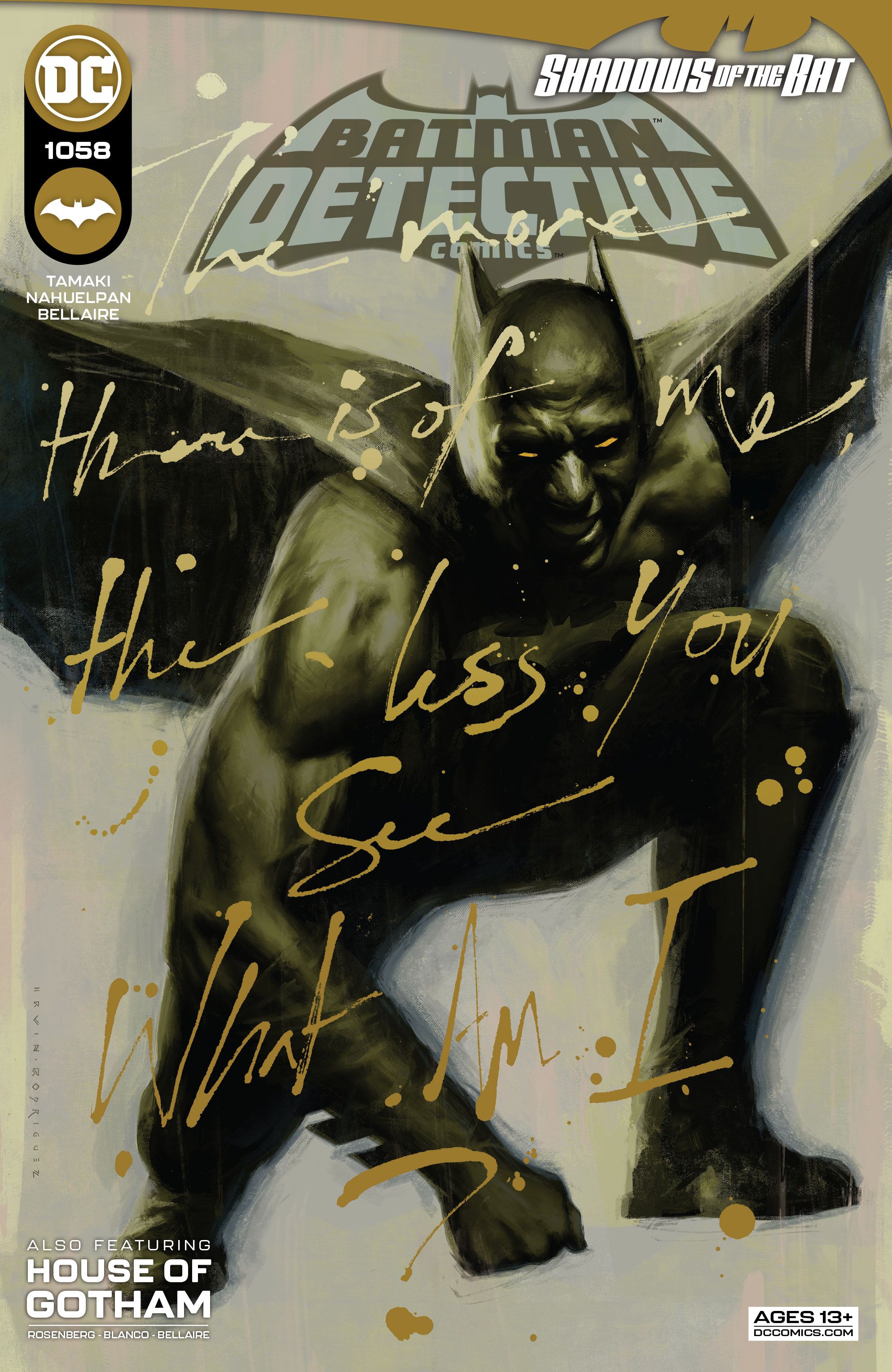 As the success of Matt Reeves’ The Batman introduces fans around the world to a new version of Gotham City, two other sagas of DC’s Dark Knight come to an end in Detective Comics #1058. Mariko Tamaki and Amancay Nahuelpan present a surprisingly hopeful conclusion to the story of Arkham Tower before Matthew Rosenberg and Fernando Blanco end “The House of Gotham” on a remarkably dark note. Together the two stories make for an imperfect but satisfying issue, bringing an end to two perilous chapters in Batman’s history.

The conclusion of “The Tower” storyline begins when Batman and Batwoman visit reporter Deb Donovan to discuss the truth about what happened at Arkham Tower, before setting a trap for the Penguin and his henchmen. As the heroes tie up loose ends, Gotham’s Mayor attempts to make amends for his role in the Tower debacle in a move that could usher in a new age for Gotham City’s mental health infrastructure. Then, “The House of Gotham” comes to a dramatic end when Batman and the Boy confront each other in the tunnels beneath Gotham. 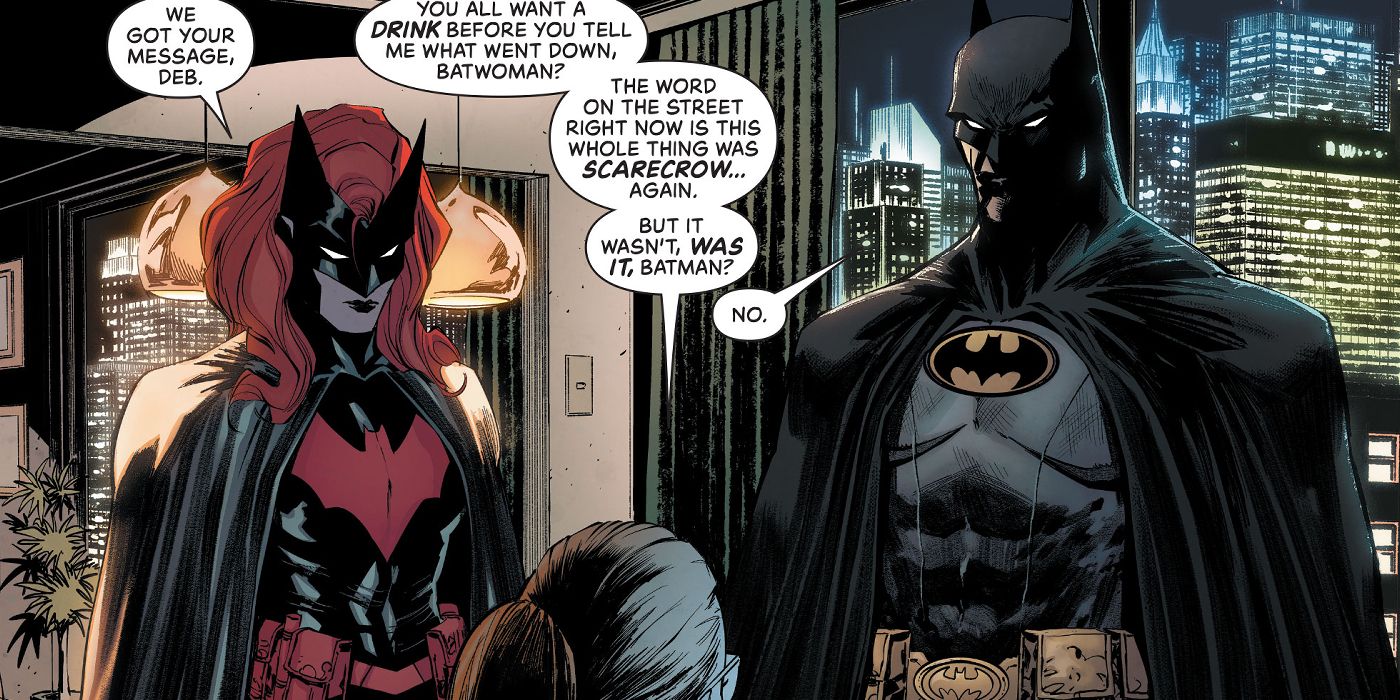 At first glance, the final chapter of “The Tower” is more of an epilogue than a grand finale. Tamaki ties up some loose ends and sets the stage for the Dark Knight’s next adversary to step into the spotlight. But the mayor’s decision to turn the Tower over to Dr. Meridian could be the key to solving many of Gotham’s problems. Tamaki presents this happy ending in a quiet, understated manner to reinforce the idea that real change often comes from seemingly mundane beginnings, rather than the flashy gimmicks that lead to the Tower disaster in the first place. Nahuelpan’s art balances the peaceful nature of the narrative and the exciting nature of the characters beautifully. He draws the bat family’s fight with Penguin’s goons with excitement and energy that really pops off the page, especially when compared to his drawings of reserved conversations in gloomy cemeteries.

Like the final chapter of “The Tower,” Rosenberg lets the fate of Batman and the Boy boil down to a conversation. He sets the tone for an epic brawl, but then slows the pace down, to give the antagonist a chance to finally be heard. While the tension between the two characters is compelling, many Batman readers will already be familiar with the Dark Knight’s personal code that prevents him from killing, which quickly becomes the crux of the interaction. Luckily, Rosenberg has a few surprises in store to make up for the somewhat cliche debate. And Blanco’s artwork brings Gotham’s murky underground to life. His close-up portraits and dense page designs capture the claustrophobic nature of the setting. 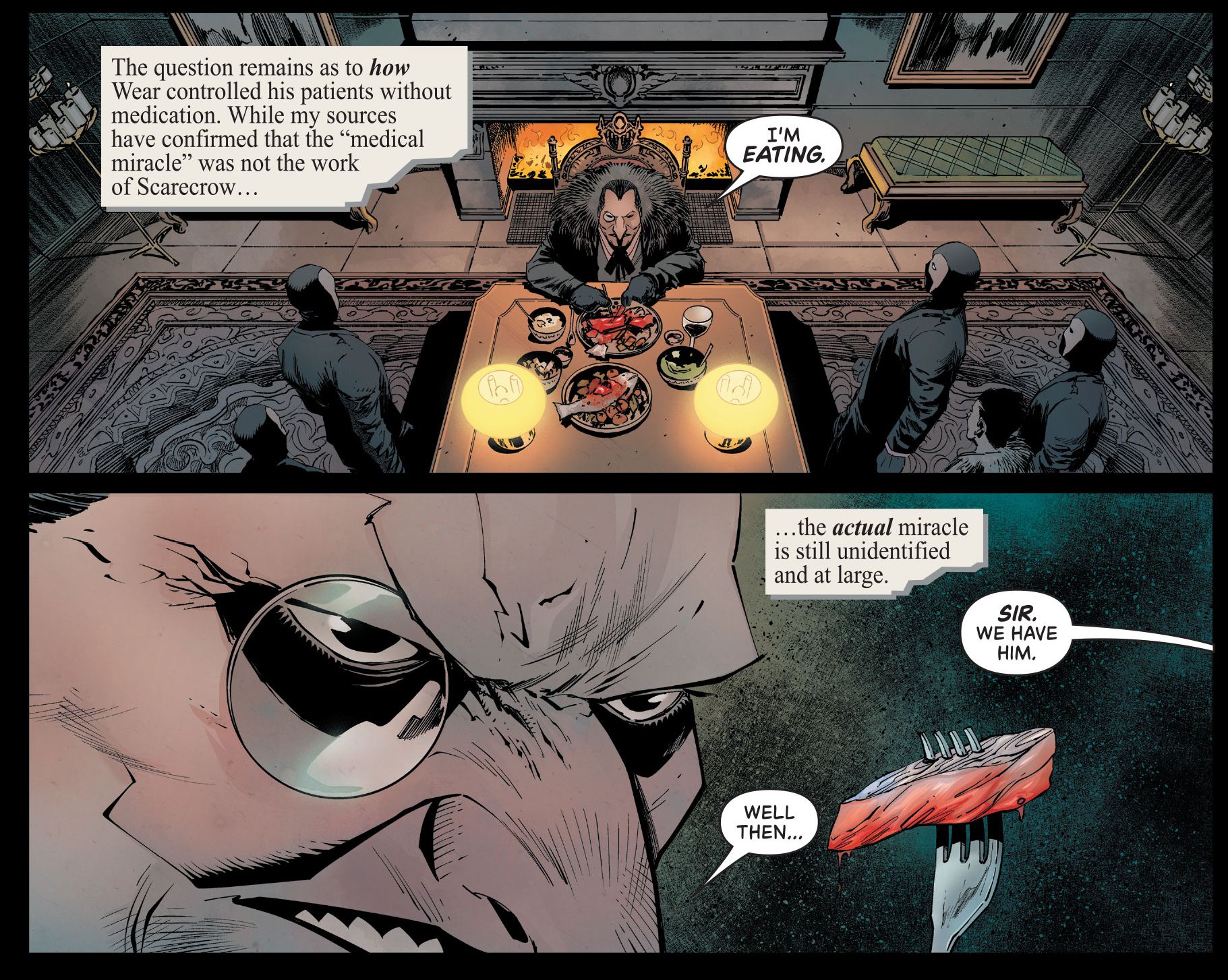 Detective Comics #1058 delivers two satisfying endings to the latest chapters in Gotham’s tumultuous history. While neither story is the most action-packed, both narratives give some well-deserved attention to citizens of Gotham who are often overlooked. Tamaki and Nahuelpan already appear to have something new in store for Batman, but the ends of both “The Tower” and “The House of Gotham” will leave readers with plenty to think about in the meantime.

Review: SPIDER-MAN: NO WAY HOME does whatever a Spider-Man can