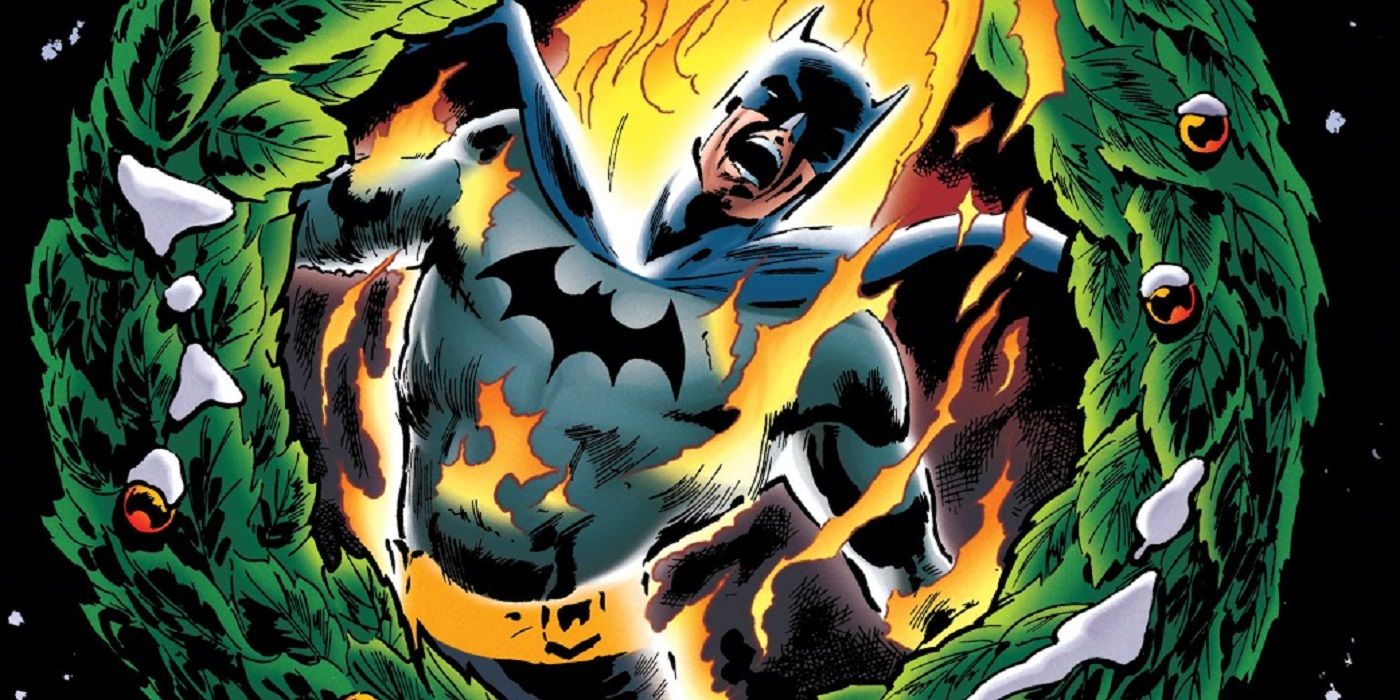 Today, we look at how Batman reacted when the last Christmas present his parents ever gave him was stolen.

And now, Day 5 will be opened (once opened, the door will feature a panel from the featured story)… 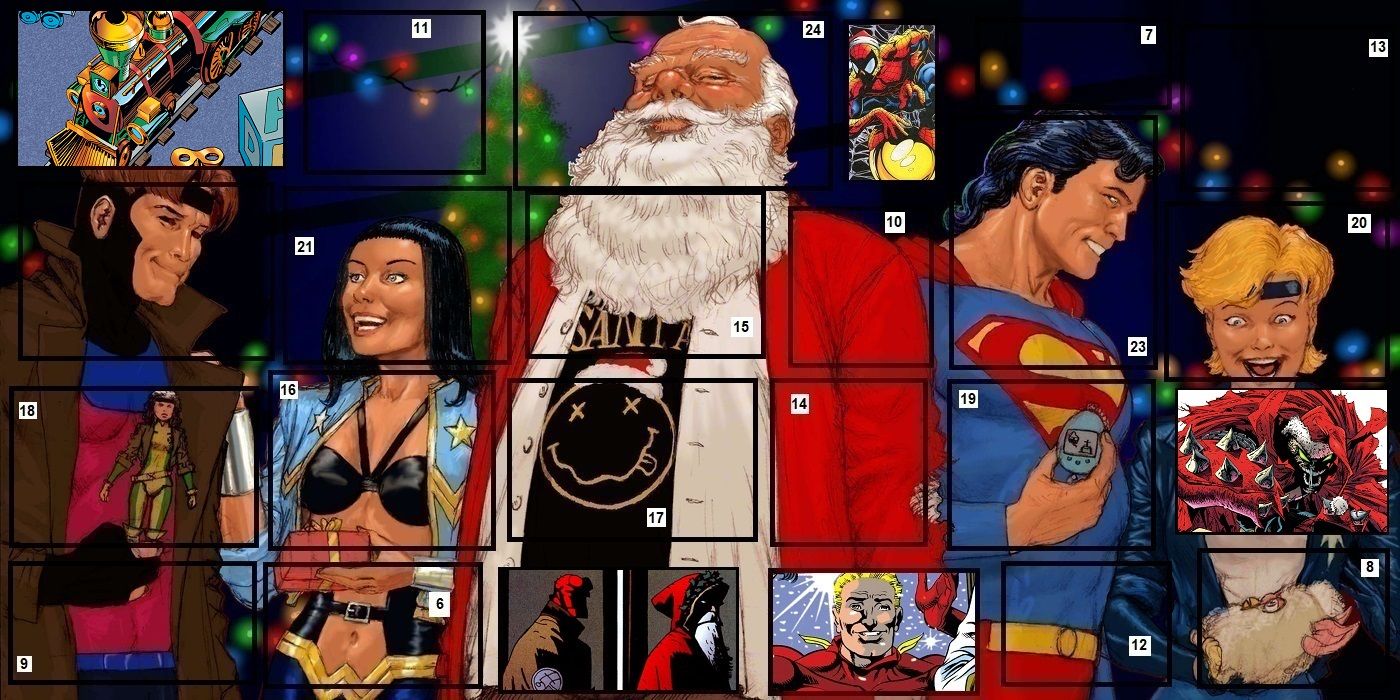 The fascinating thing about anthology comic books like Batman: Legends of the Dark Knight is that the release of the comic book doesn’t necessarily tie into when the comic book script was sold. Amusingly enough, Mark Millar noted on Twitter that this was actually the very first comic book script that DC bought from him back when he was 22, before he started his acclaimed Swamp Thing run with Grant Morrison (before Millar took over the book by himself). Millar noted on Twitter, The great Archie Goodwin was my editor and I remembered being in awe when I had lunch with him in Glasgow on one of DC’s international talent-searches the year before. Archie & I had lunch in what’s now the Glasgow Millennium hotel & I skipped the starter as I didn’t have enough cash. I’d borrowed £10 to cover my half and was so young I had no idea he’d have a executive expense account and I obviously wouldn’t be expected to pay anything 🙂 I was 22, but looked about 15 & I remember he was quite surprised when we met in person as he assumed I’d be older. I don’t think I did my professional persona much good when I asked for his autograph at the end of a business lunch!!”

What a fun anecdote!

The conceit for the issue is that someone has been robbing Gotham City mansions and even stately Wayne Manor was hit! The issue cleverly takes its time getting to the reveal, as we first see some Gothamites be shocked by what seems to be even MORE aggressive driving from Batman than usual and we even get some banter between Alfred and Batman before we realize that there is something seriously wrong and Batman has lost something very important to him and he is dedicated to getting it back… 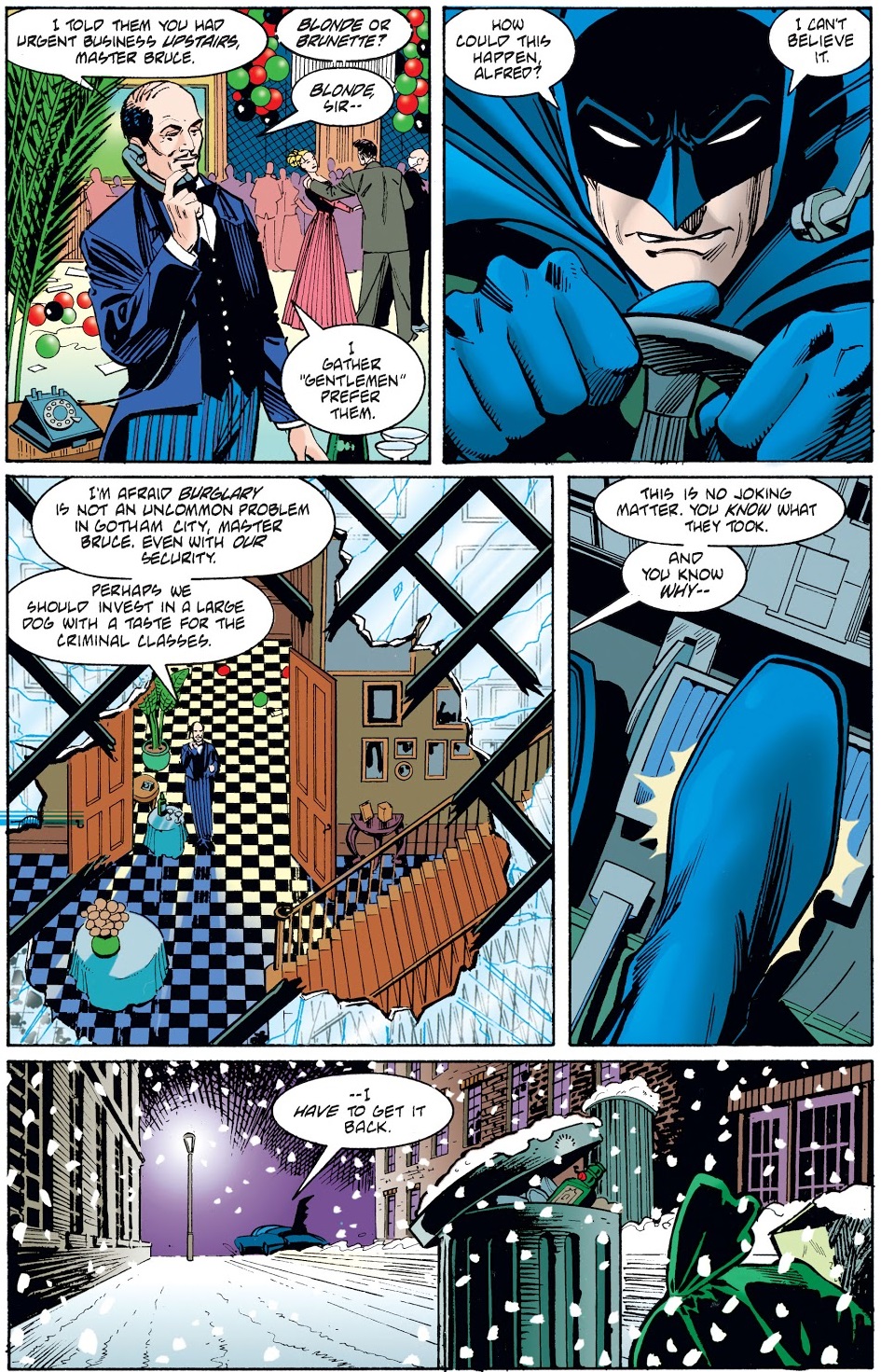 The cover of the issue is Batman on fire and the issue cleverly writes that into the story, as a gang inspired by the Joker that call themselves the Joy Boys have burned Batman in effigy.

Batman spends the next couple of days tracking down whatever lead he can as to who robbed his mansion. Meanwhile, he also saves people from the Joy Boys along the way (he’ll never be too distracted to help people). It’s a nice touch, though, to make that expressly clear, that even when Batman is extremely distracted by other things, he’ll always have an eye out for the citizens of Gotham City. It’s a nice bit.

The Dark Knight Detective eventually discovers (though a clever solution that involves delivering flowers to a blind performer backstage at her show) that the criminals behind the robberies are a group calling themselves the Chessman. He almost lost them when an over-zealous publicity-seeking Gotham City police chief decided to use SWAT instead of waiting for Batman. Batman luckily beats them to the bad guys (or else the bad guys might have been killed, leaving no clues as to what happened to their stolen goods – plus, they had hostages who also would have been killed, so Batman gives the gung ho police chief a piece of his mind). 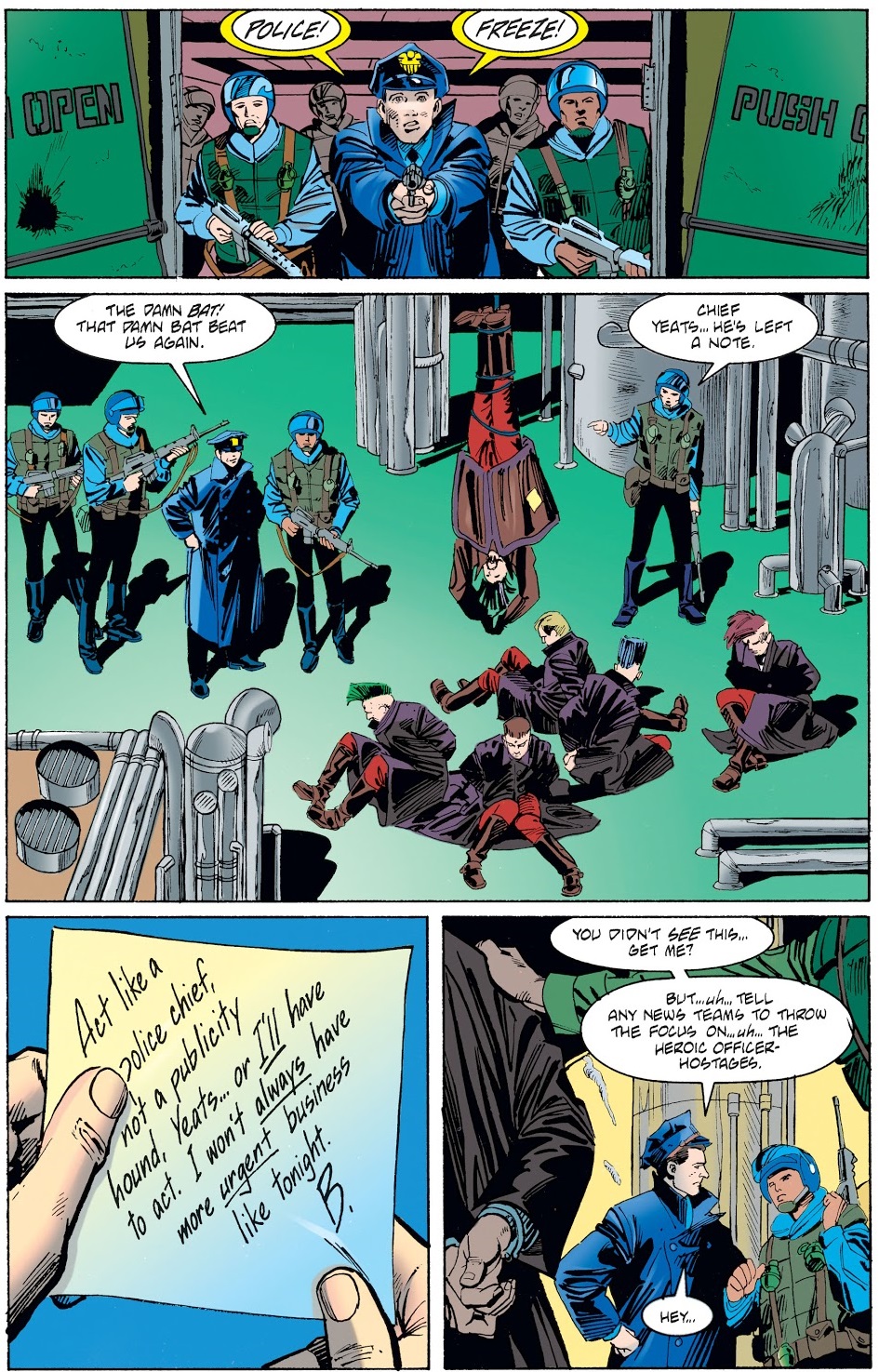 Batman discovers where the stolen goods were stashed, but Batman takes pity on the poor man who had turned to crime to help his children eat but quickly changed his mind when he realized what he he had done… 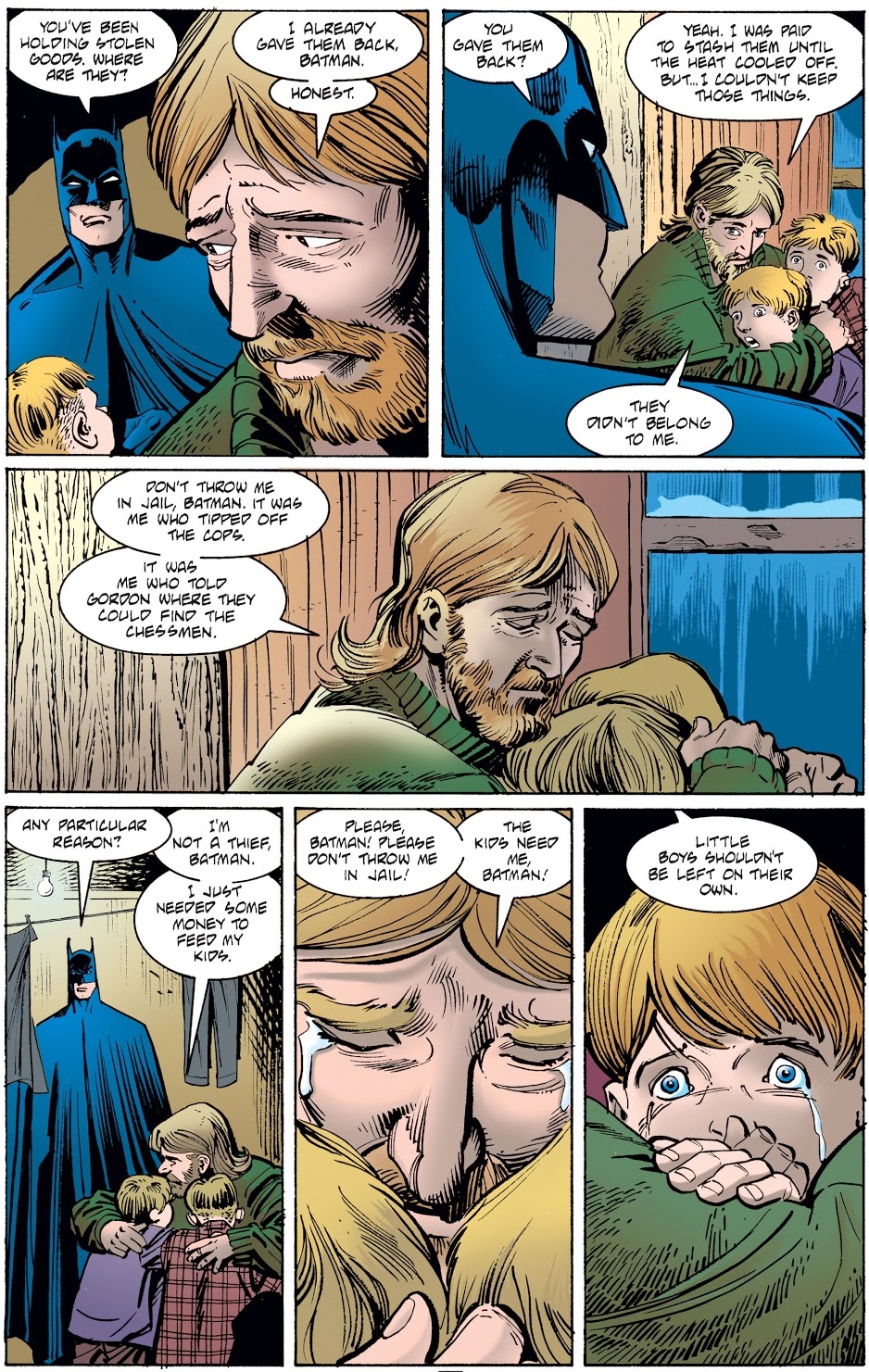 Here, Millar is likely paying homage to the classic Denny O’Neil Batman Christmas stories, which often involved Batman cutting a crook with a good heart a break, as Batman really isn’t about the pure black and white, not in an area like Gotham City. You’d have to be nuts not to be willing to see a little grey here and there, especially at Christmastime, when the whole “good will to man” deal plays a larger presence that normal.

RELATED: Why The Flash’s Most Shocking Christmas Present Was… The Flash?

And in the end, we learn why Batman was so nuts about getting the stolen goods back – they had inadvertently stolen the last Christmas present that Batman’s parents had ever given him! 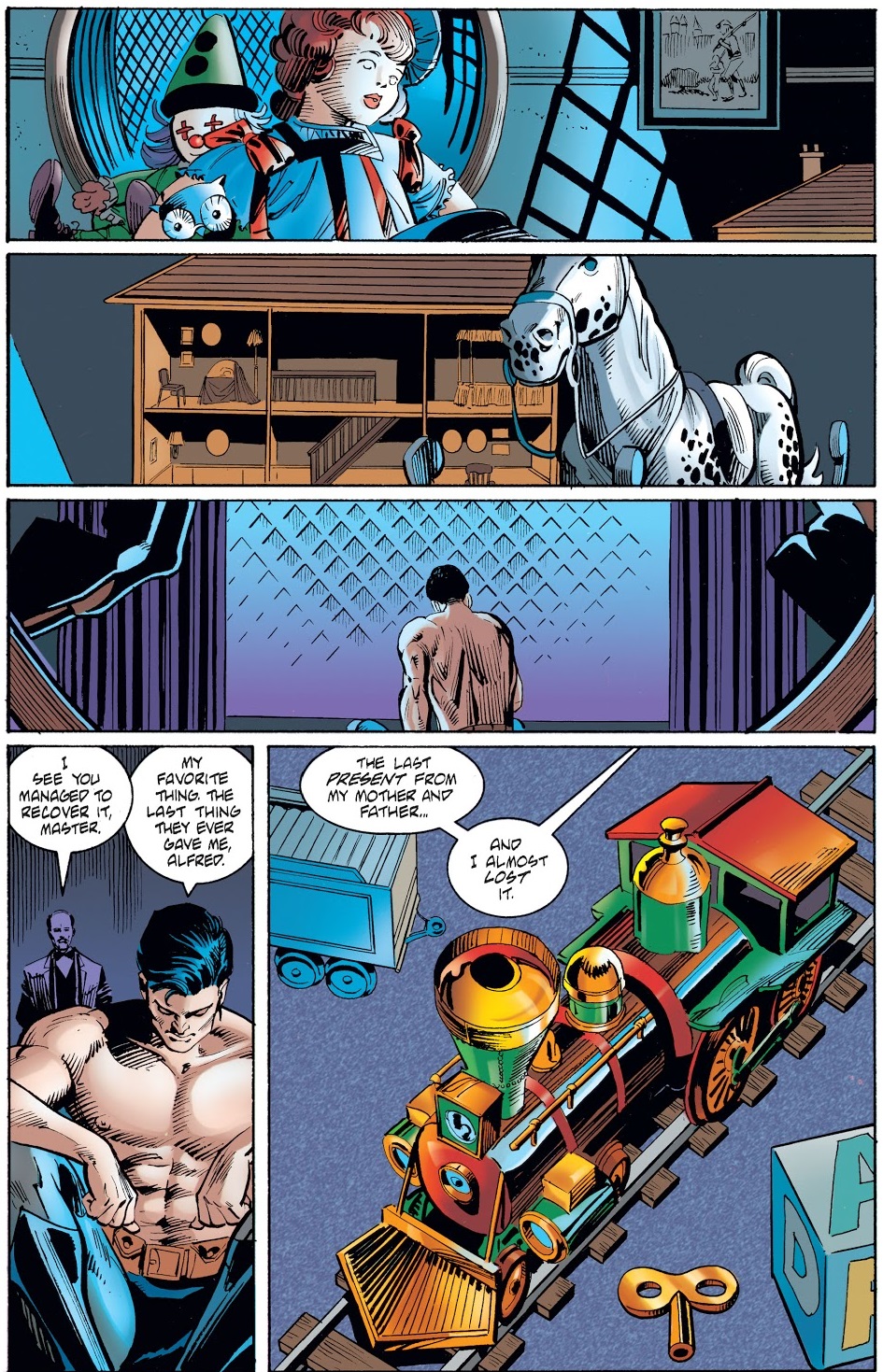 Adorable ending of the story by Millar. There IS a reason he became a superstar comic book writer, ya know? He sure can come up with some clever story ideas. And this was when he was 22! The artwork from Yeowell and the late, great Giordano is top notch, as well. This was a great one-off story that managed to revisit the classic tale of Batman’s origin without tarnishing it. Too often, when people go back to a superhero’s origin, the result drags the origin down a bit, but here, this is just enough of a tangent that it worked really well as a revisitation to the last “pure” time in Batman’s life.

G.I. Joe The Deck-Building Game Review: A Natural Extension of the Franchise