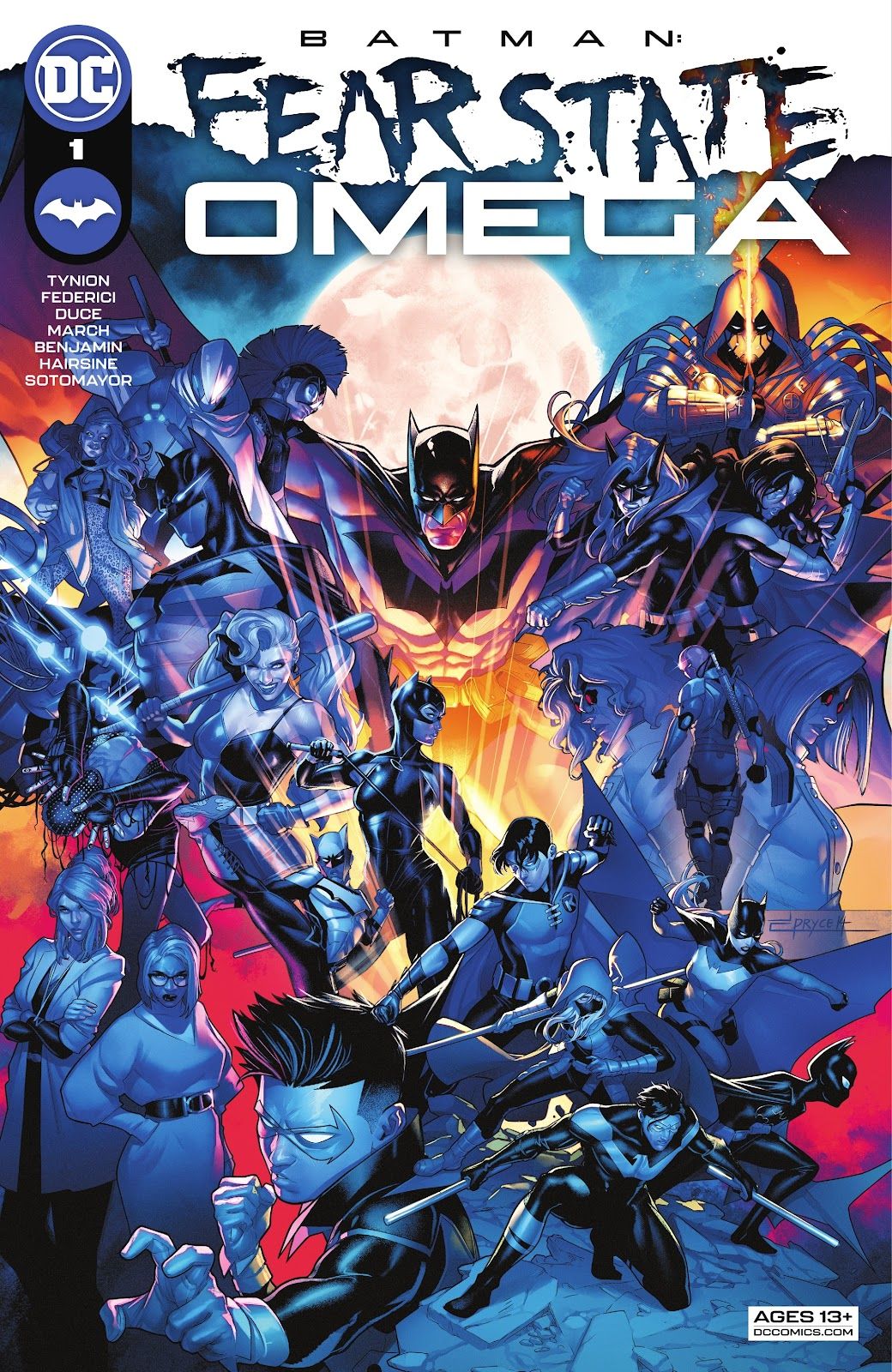 Now that writer James Tynion IV‘s Batman run has ended with issue #117, he has left the book in the capable hands of writer Joshua Williamson and artist Jorge Molina. Tynion’s final arc, titled “Fear State,” came to a close with Batman and his allies putting an end to the Magistrate program, as well as Scarecrow‘s schemes — but there are still a lot of loose ends remaining. Batman: Fear State Omega #1 looks to tie them all up and offers Tynion a chance to bid farewell to the characters and the world he helped nurture for the past two years.

With artwork from various talented artists across the industry, Batman: Fear State Omega #1 is a rather solemn and uneventful issue, but one that foreshadows the future of the Caped Crusader’s journey in a big way. Part of that could be chalked up to the devastating events of A-Day, with “Fear State” being the straw that breaks the camel’s back. The story opens with Jonathan Crane, aka Scarecrow, being transported from police custody to the newly constructed Gotham Tower, a replacement for the draconian Arkham Asylum. The police convoy gets into trouble en route to the Tower, but Batman emerges from the shadows and proceeds to transport Scarecrow personally. Along the way, the two discuss their fears and reservations as the city around them adapts to new changes. 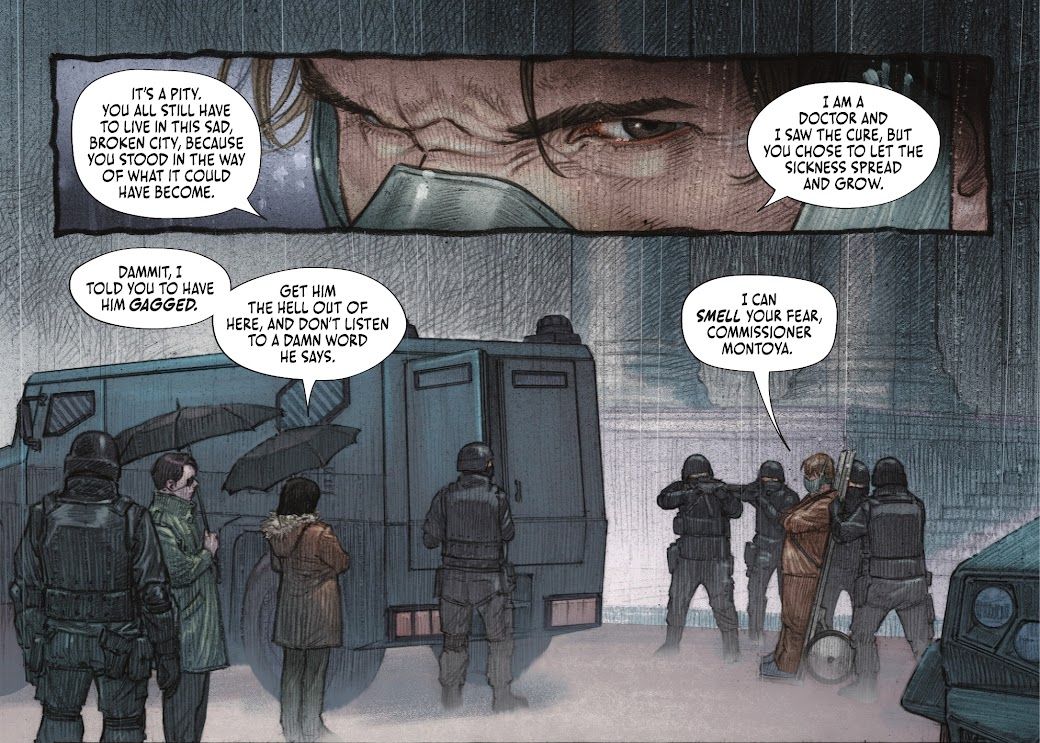 Tynion’s run has been a fun ride. Now, at the end of it all, the Omega issue serves as an epilogue that wraps up the story that Tynion and artist Jorge Jiménez built over the past few arcs. Naturally, the book is peppered with montages of the aftermath of the “Fear State” event. It offers a close look at the heroes, villains and everyone caught in between, whose lives have changed forever for better or for worse. The premise — two antagonists entering a verbal jousting match over their fears for the present or of the past — is fascinating. It’s rare moments like these that add more depth to the legend surrounding the protector of Gotham City.

Batman: Fear State Omega #1 is a harmonious collaboration between different artists, each of whom contributes to a particular aspect of the plot. Christian Duce, Ryan Benjamin, Guillem March and Trevor Hairsine contribute to individual story arcs, with Chris Sotomayor supplying colors. The gritty, dark aesthetic of the book’s main artwork, however, is provided by the highly acclaimed Riccardo Federici. His photorealistic art, along with the balanced use of varying degrees of grey, will leave an impression on the reader. The contrasting art styles mirror not only Gotham’s dark past, but also the bright future ahead. 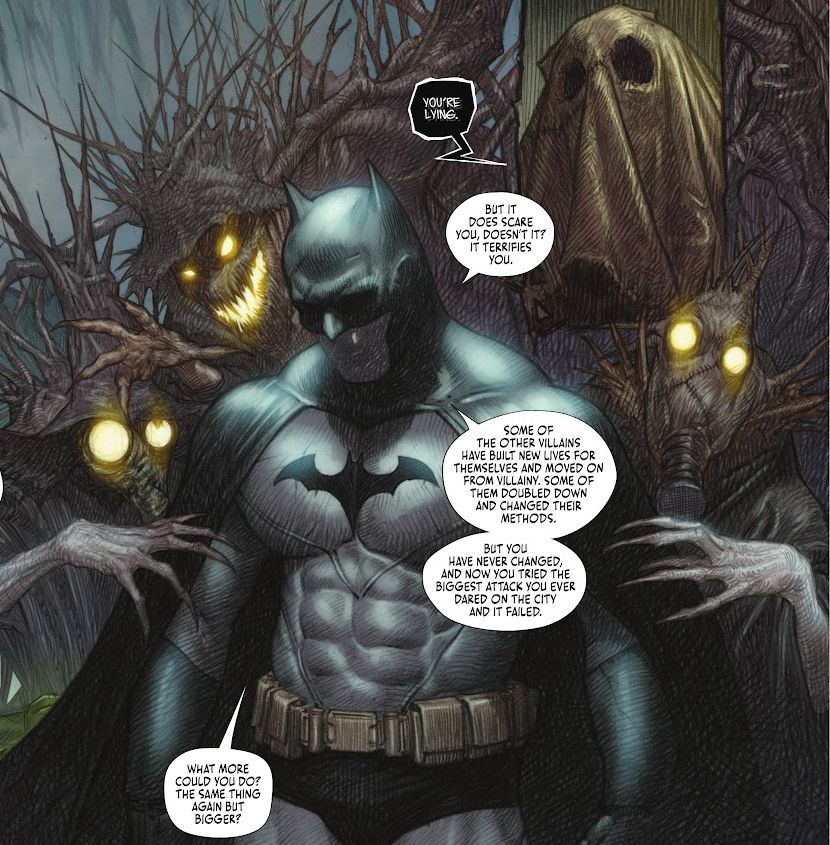 Batman: Fear State Omega #1 ends with Batman reaffirming his love and sense of duty for his city despite Scarecrow’s attempts to discourage him. The steady, yet relaxed pace of the narrative gives space for introspection, which was one thing missing from the previous issues. Despite the sudden shifts in artwork, which can be jarring at times, Batman: Fear State Omega #1 is a solid issue that fans of the “Fear State” arc will appreciate.