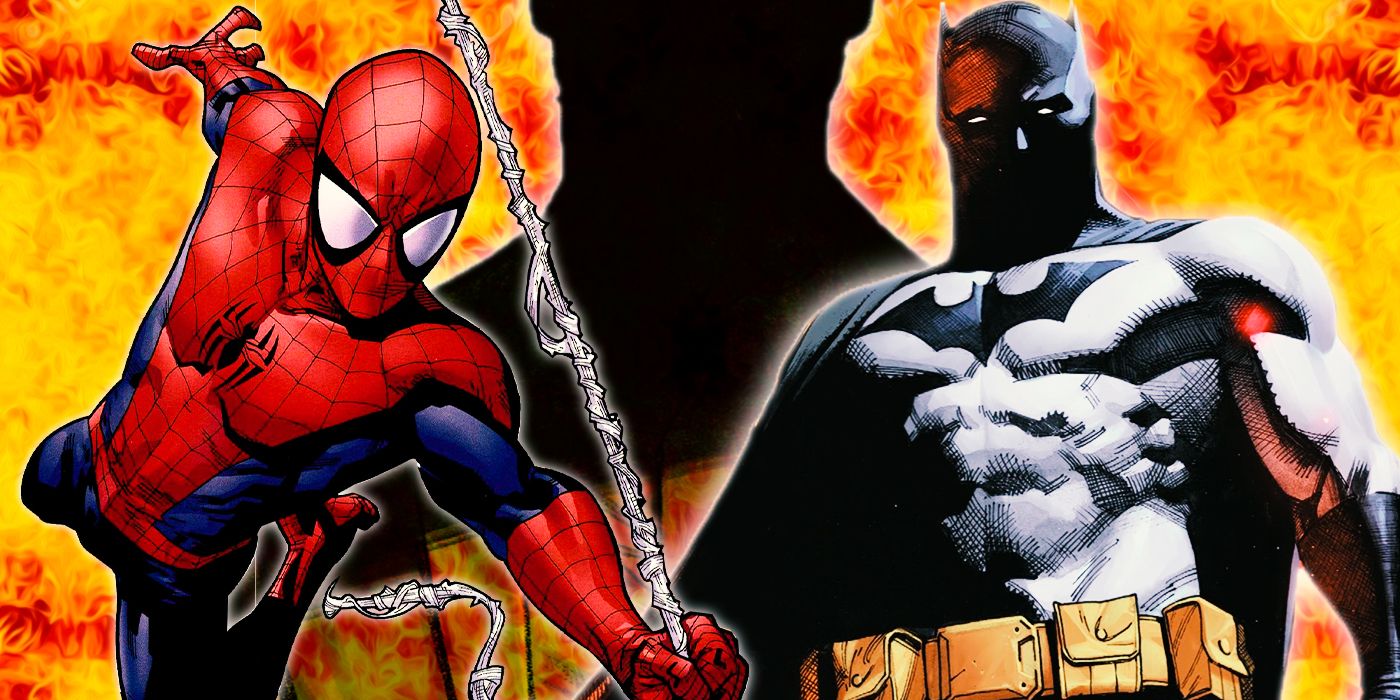 Batman has been in a unique situation for the last few months. He has lost the majority of his fortune following the Joker’s last major attack on Gotham City, and now he seems to have lost the legal rights to his own alter-ego. While investigating a murder supposedly committed by former members of Batman Inc., the Dark Knight discovered that Lex Luthor had purchased the organization and was funding it.

This means Luthor may have at least partial legal rights to the Batman name. Interestingly, this is a problem Batman now shares with Spider-Man, whose persona has recently been purchased by Marvel’s Beyond Corporation. Even worse, both owners obviously intend to use their names for ill-gain. 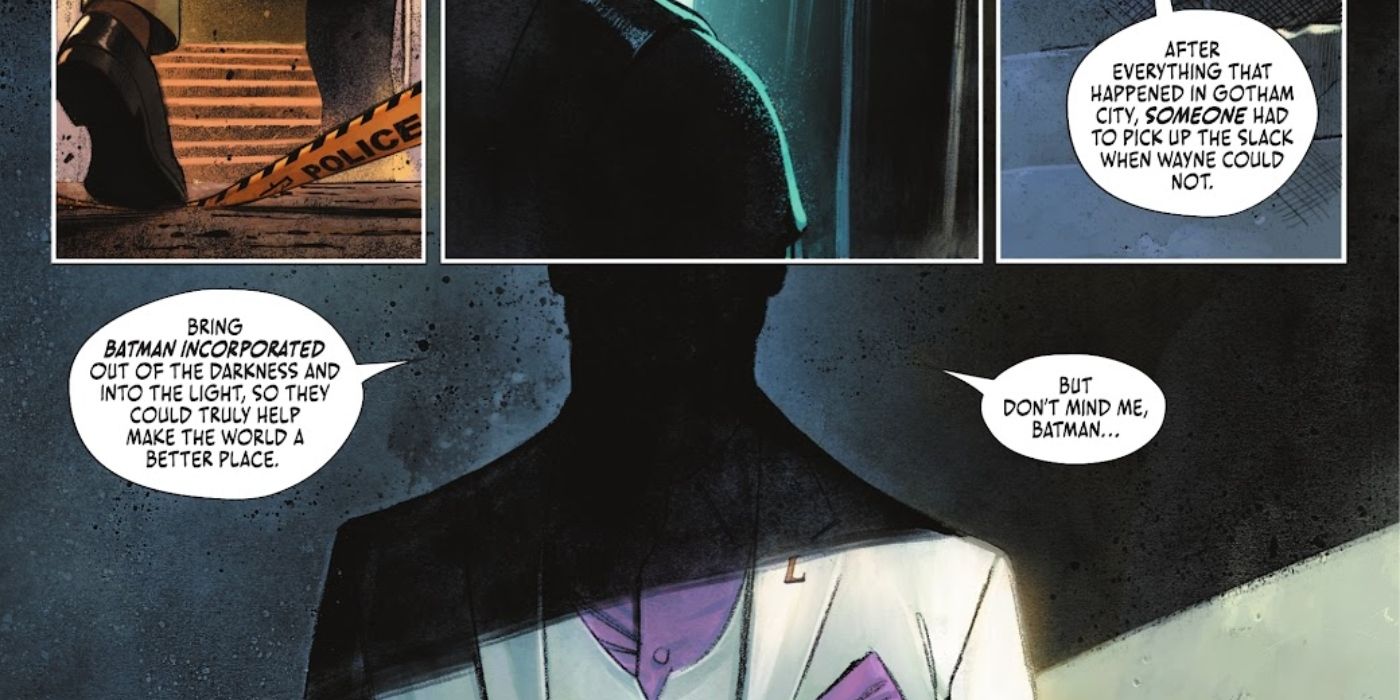 At the tail end of Batman #118 (by Joshua Williamson, Jorge Molina, Mikel Janin, Tomeu Morey, and VC’s Clayton Cowles), it was revealed that Lex Luthor had purchased Batman Inc. to “truly help make the world a better place.” While clearly a subtle dig at how ineffective the group was in the past, this also brings up some troubling possibilities about what Lex Luthor might do with the legal right to the Batman name and the heroes operating under it.

For starters, it gives him several highly trained individuals under his employ who need his funding to do their jobs. Aside from the small elite army, there is also the fact that Luthor might have more of a legal right to use the Batman name than Batman does. This could lead to stories where Luthor sues Batman for using a name he has no right to under the law. It’s even possible that Luthor knew it would be next to impossible for Batman to get the group back from him because he knows that it is Bruce Wayne behind the cowl, having discovered that secret years ago during the New 52. So, he’s probably aware that Bruce doesn’t have the money to buy the Batman name back, and with his identity known to Luthor, he can’t fight for it as Batman. 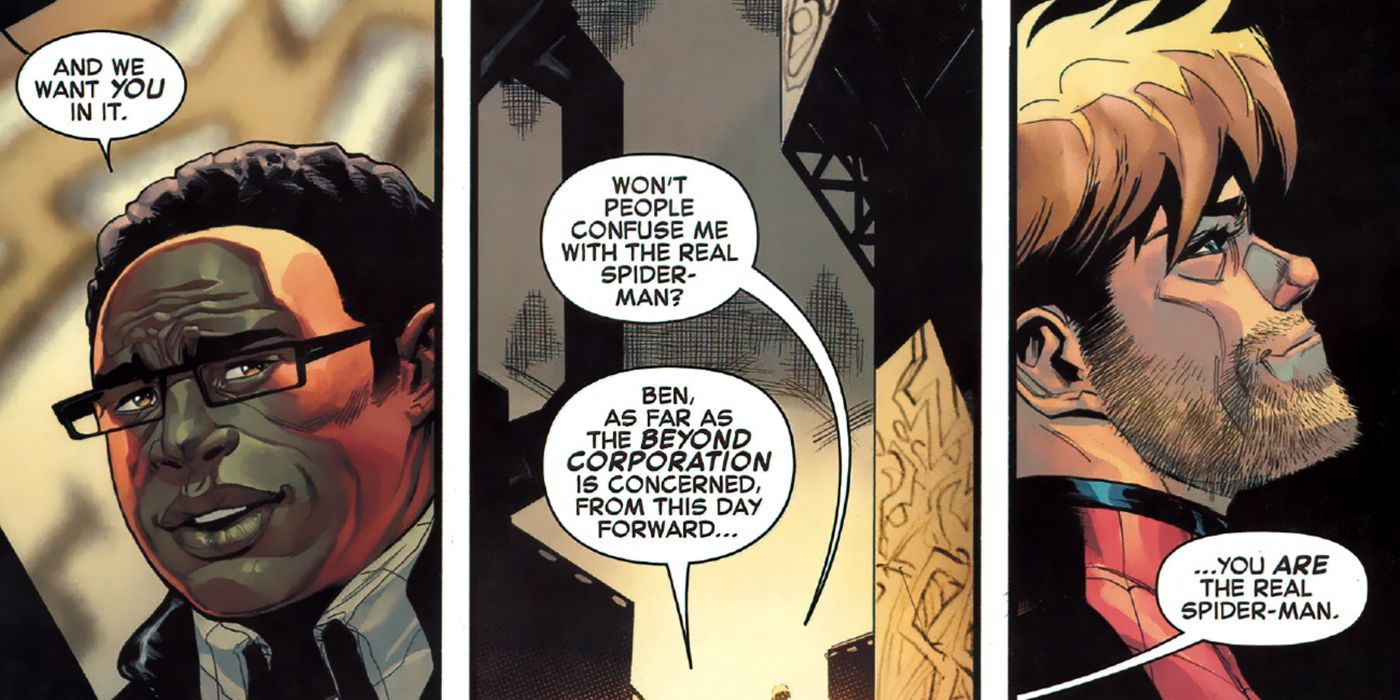 Likewise, Spider-Man is also facing legal issues in regards to his name. When Doctor Octopus was in control of Parker Industries, he trademarked the Spider-Man name, meaning when Peter Parker’s company went under, the trademark could be purchased by anyone with enough money. This came to fruition when the Beyond Corporation hired Ben Reilly to be its new Spider-Man. Peter then fell into a coma, which he recently recovered from, but at the time he could not challenge the trademark, nor could he still, without revealing his identity, presumable. As such, it is clear the Beyond Corporation is intent on making sure that its Spider-Man is the only Spider-Man. It has even intending to go after Miles Morales for using their trademark.

So, both these heroes who originated their personas have now lost the legal right to use them. Even worse, they’re both completely helpless to stop it. Both Spider-Man and Batman have no real leg to stand on. Financially it is impossible for them to match the resources of their corporate enemies. This isn’t even considering the problems that would arise if they fought this as their superhero selves, since they can’t represent themselves in court under an assumed name. At the moment, they are both helpless to stop others from using their good name for their own ends.

KEEP READING: DC Admitted Batman Will Never Be as ‘Cool’ as His Villains – and That’s a Problem