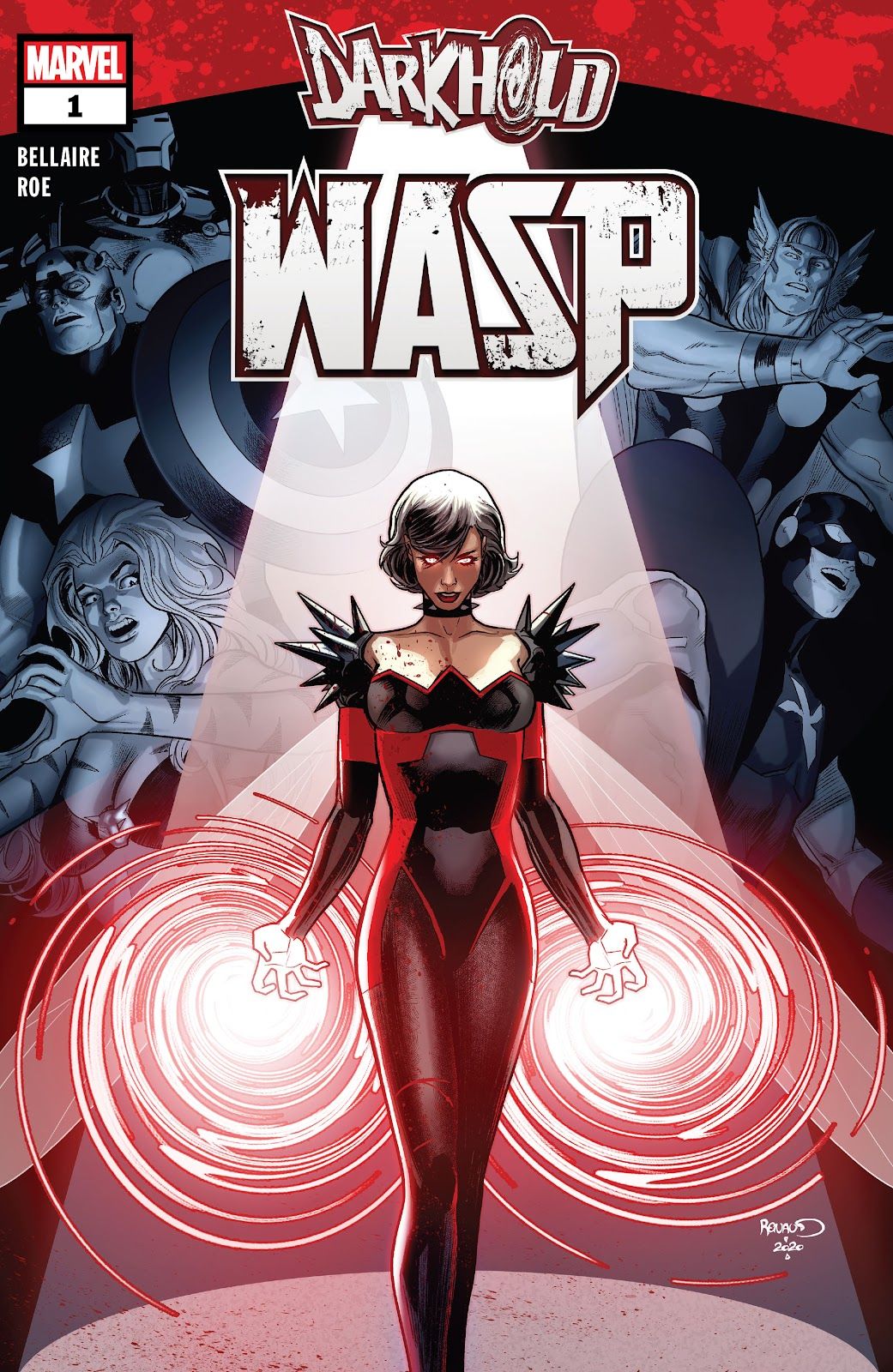 Marvel’s Necronomicon, The Darkhold, has been unearthed and the dark lord Chthon wants it in his grasp to break free from his imprisonment and spread chaos. In a bid to protect the world, Scarlet Witch summons five heroes to read from the Darkhold to prepare for the upcoming war. But calamity strikes when they read too far and succumb to the innate evil of the scrolls. This new one-shot explores the dark future that approaches The Wasp and delves deep into her dysfunctional married life with Hank Pym. Written and colored by Jordie Bellaire with pencils from Claire Roe, Darkhold: The Wasp #1 introduces the Irredeemable Wasp as she spirals from trying to reclaim her life back.

Darkhold: The Wasp #1 unearths a controversial moment from Marvel’s history. Janet Van Dyne is a founding member of the Avengers whose creativity and leadership helped the team become a beacon of hope to the world. But despite her heroic exploits, her married life is spent in seclusion. Hank Pym acts distant and cold, locking himself up in the lab for hours without caring about his wife’s emotional needs. Her colleagues and enemies pick up on her woes. When Hank’s anger gets the best of him, the Wasp decides that enough is enough. 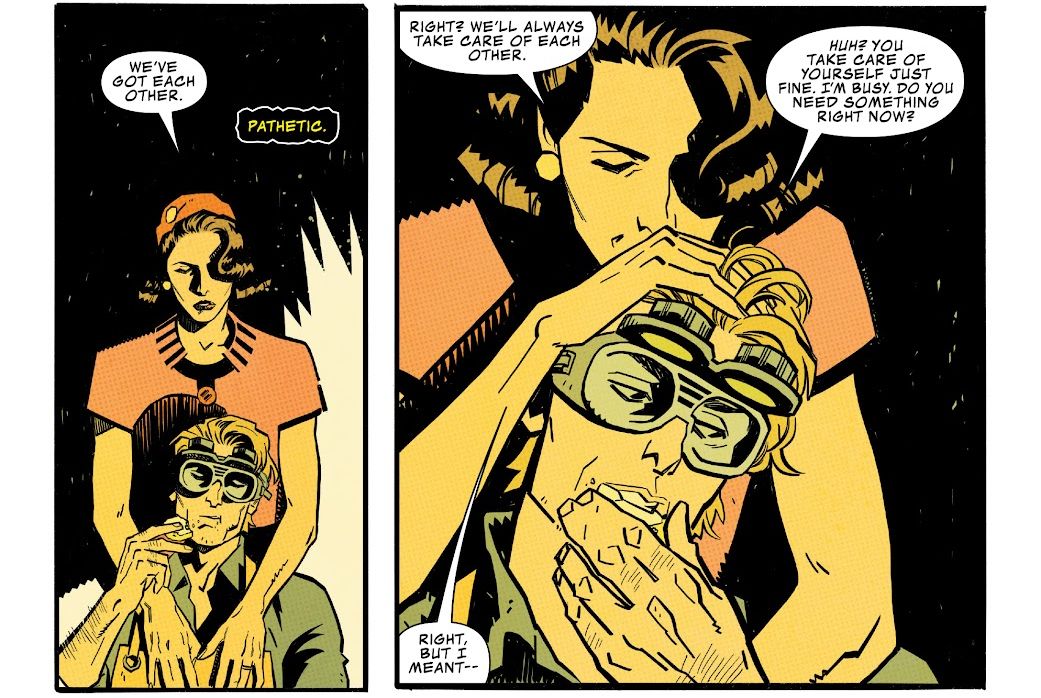 The Wasp’s marriage (in Avengers #213) to Hank Pym is doomed from the start. Pym’s erratic mind leads him to create one of the most heinous acts imaginable, and that serves as the basis of this issue. Writer Jordie Bellaire beautifully portrays Janet’s mental state through a series of personal narratives. Her conversations with other characters demonstrate how strikingly different her married life is from theirs. Stuck in a stagnant routine, Janet yearns for a life free of fear where her husband sees her as a true partner and reciprocates her love.

Artist Claire Roe gives the book a retro look, emphasizing equally the physicality of the characters as well as the story’s backdrops. Roe captures the smallest of details — even the nuances of human emotions cannot escape her art. Janet’s panels with Hank have long, overarching shadows that deepen the story’s desolation. Jordie Bellaire uses a muted set of colors throughout the comic book, giving the one-shot a hauntingly beautiful look. The nine-panel pages with alternating grey and crimson tones — a reference to the color scheme of The Wasp’s earliest suits — create a dissonance between the past and reality, further showcasing Janet’s crumbling world. 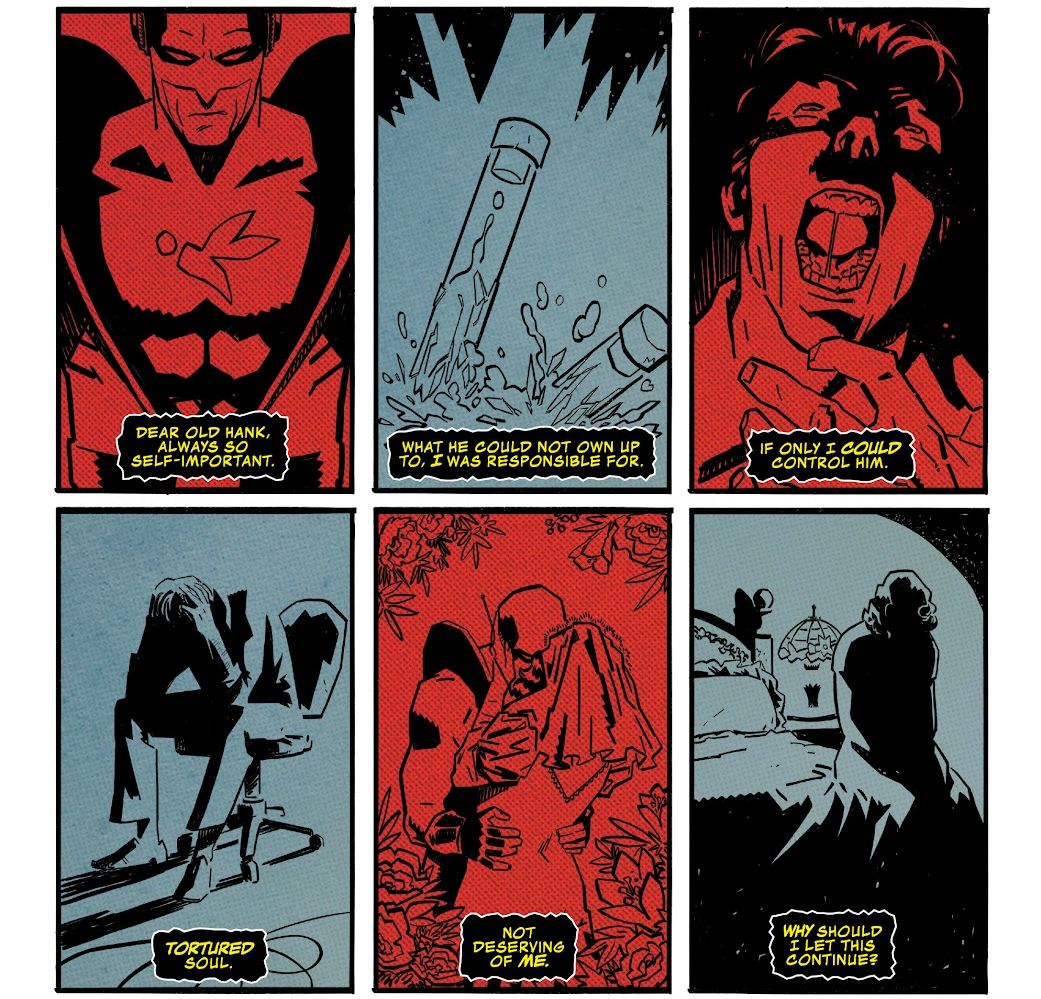 Darkhold: The Wasp #1 builds to a tragic turning point in Janet’s life, leading her down a dark path. What is disappointing, though, is the lack of any elements of horror and thrill despite the one-shot being under the Darkhold banner. Taking a closer look at the earlier one-shots and The Darkhold Alpha, readers expecting a story revolving around fear and gore may be disappointed. Nevertheless, there is an air of tension that gives the book a bleak and sinister look. Darkhold: The Wasp #1 is an offbeat addition to the Darkhold series and shows the darkness wrought by a destructive marriage that not even superheroes can escape.