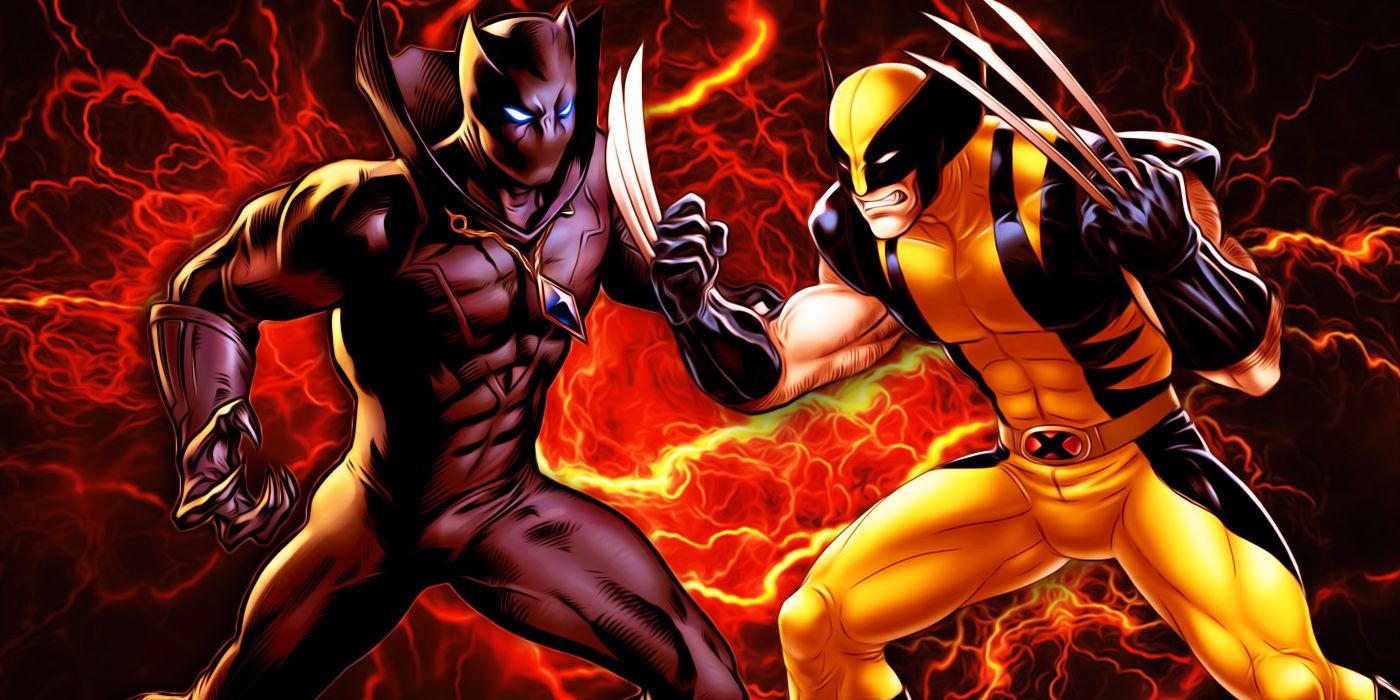 Wakanda has historically been the most powerful and advanced country in the Marvel Universe. However, the X-Men‘s new island nation of Krakoa has given mutantkind an advantage over nations on the world stage, and they seem likely to replace Wakanda in many ways. Both nations have undertaken some major changes recently that could lead them to fight over territories they both claim.

A conflict between these two nations seems more than just a hypothetical at this point, as Marvel just teased a possible disagreement brewing between Black Panther and the X-Men — one that could potentially drag both of their respective nations into all-out war. 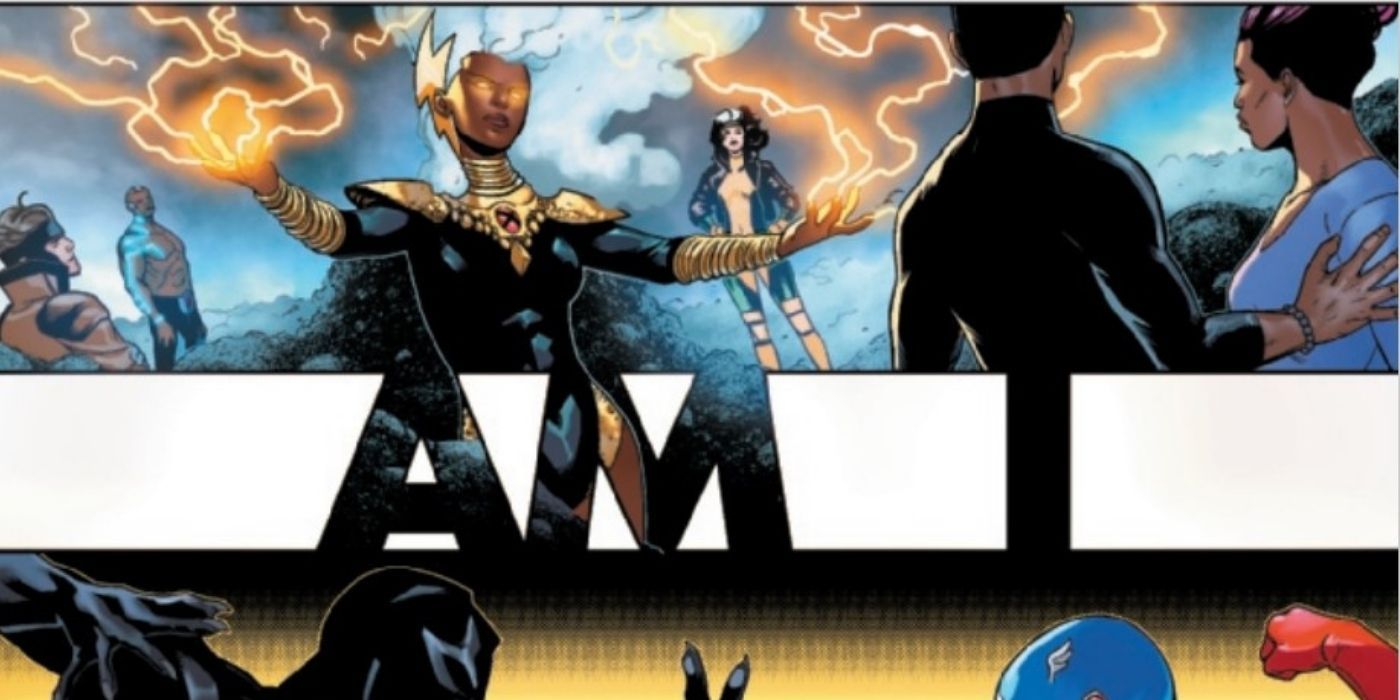 So far, few details about this upcoming fight have been revealed, but it was one of three forthcoming events teased at the end of Black Panther #1 by John Ridley, Juann Cabal, Federico Blee, and VC’s Joe Sabino. The teaser shows T’Challa and a woman, who appears to be Omolola, a member of his secret spy network, squaring off against four of the X-Men: Storm, Rogue, Gambit, and Gentle. Storm’s hands crackle with lightning, suggesting a threat of violence.

T’Challa and his ex-wife have a complicated relationship. Even though Storm was once Queen of Wakanda, she recently used her knowledge of national security to steal a relic from the Wakandan Royal Family during the X of Swords crossover event. As she was acting on behalf of the mutant nation of Krakoa, this ultimately meant she was not merely committing theft, but overseeing a hostile act against the state of Wakanda. T’Challa caught her in the act, but did not arrest her. He was, however, deeply hurt by this betrayal and made it clear that their countries were no longer allies.

Shortly after this, the mutants colonized Mars, essentially setting themselves up as Earth’s representatives in space. This caused a major international backlash from other countries, who perceived this display of power as an act of aggression from Krakoa. However, Wakanda has also made a push into space recently. T’Challa sent a mission into space that led to the foundation of the Intergalactic Wakandan Empire. Clearly, both groups are vying for future control of territories beyond Earth’s orbit, using incredible technology to achieve their goals.

RELATED: Someone Is Trying To Ruin Black Panther In The Marvel Universe – But Who? 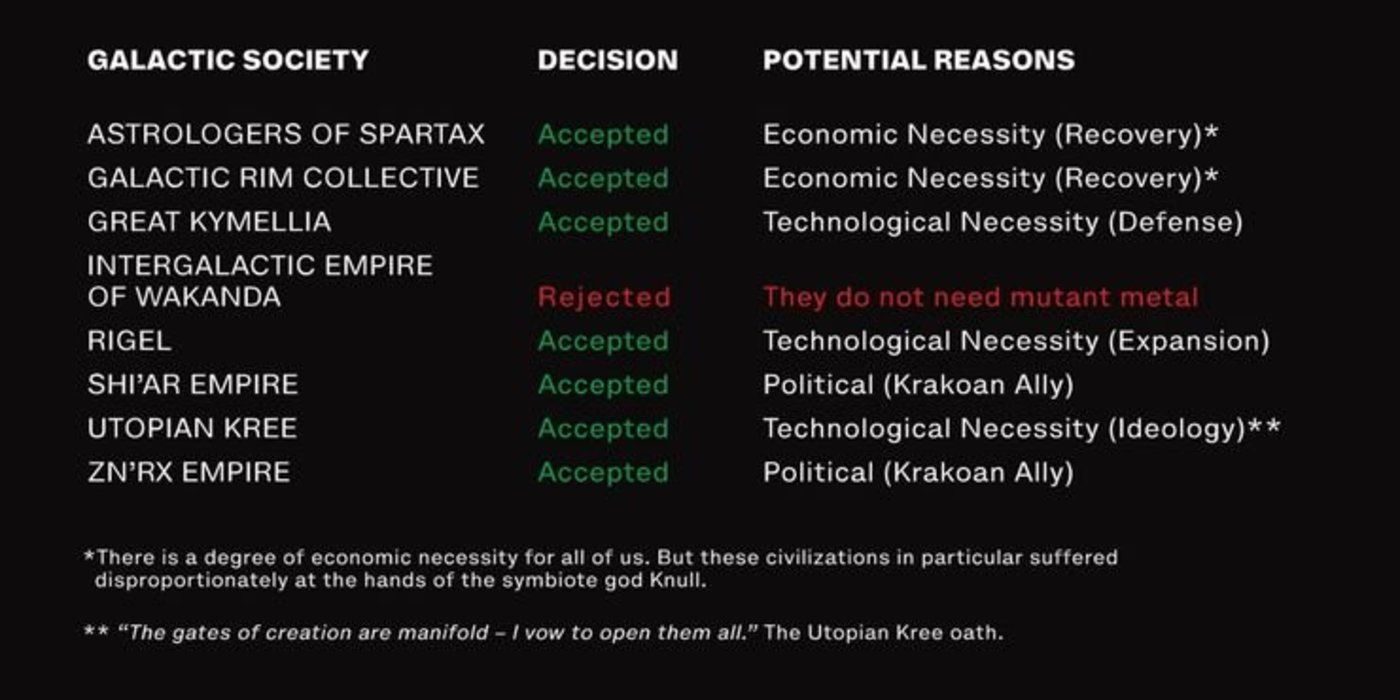 All of this seems to lay the groundwork for a conflict between Wakanda and Krakoa, but there is also another layer to consider. T’Challa recently stepped down as head of state, allowing for his country to be ruled by a parliament. If he engages in a fight with Storm and the other X-Men, it need not necessarily cause a political incident, since he is no longer the head of the government. However, the presence of Omolola suggests that the altercation could possibly be due to covert operations he ordered her to carry out against mutants.

Whether the conflict is over colonizing space, past transgressions, interpersonal conflicts, or some other cause is unclear, but such details will no doubt determine whether this is a small skirmish with only a handful of combatants or whole nations will be dragged into it. Whatever the case, a dispute between T’Challa and Storm could very well determine the future trajectory for both of their respective countries.

KEEP READING: How Marvel Is Changing Two Of Its Best MCU Characters – For The Worse

Portal Writer Says He Wants to Make a Third Game